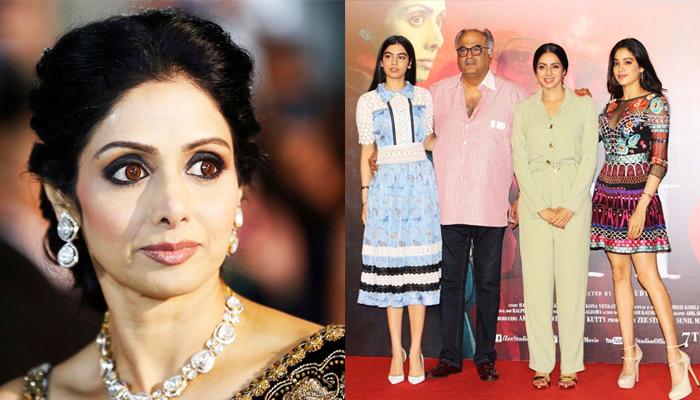 65th National Film Awards were announced yesterday on April 13, 2018. Amongst other doyens of the film industry, veteran late actress, Sridevi was conferred with the Best Actress Award from her film, Mom. (You May Like: Last Pictures And Video Of Sridevi From Mohit Marwah's Wedding In Dubai)

The moment was loaded with both grief and sadness as Sridevi passed away recently on February 24, 2018. Sridevi’s family issued a joint statement thanking the jury members.

This is what Sridevi’s husband, Boney Kapoor and daughters Janhvi and Khushi Kapoor’s said:

We are overjoyed to know that the Jury has conferred the Best Actor Award to Sridevi for her performance in ‘MOM’. It’s a very special moment for all of us. She was always a perfectionist and it showed in all the 300 plus films she did. She was not just a Super Actor but a Super Wife and a Super Mom. Its time to celebrate her life and her achievements. She is not with us today but her legacy will always live on.

We thank the Government of India, the Hon’ble Jury Members for this honor. We also take this opportunity to thank all our friends, her fans who have been sending us congratulatory messages.

This gesture went viral on the social media as soon as it was released. The statement, after all, truly mentions that Sridevi was not ‘a super actor but a super wife and super mom’. And definitely, her legacy will continue to inspire us.

Shekhar Kapoor who was this year’s jury head and had also directed Mr India starring Sridevi, said, “It was not because of the relationship we shared but because she was the most deserving candidate for her portrayal in Mom.”

In a conversation with PTI, Sridevi’s Mom co-actor, Adnan Siddiqui remarked, “I am not surprised, she deserved more. She deserves each and every award of the world. From a child actor till her last film. I am happy that she got a send-off at the state level. But I am saddened that she got the award when she is not here today.”

Last month when Janhvi Kapoor wrote an emotional tribute to mommy Sridevi, the entire nation was swept in a wave of tears. She wrote, “There is a gnawing hollowness in my chest that I know I’ll have to learn how to live with. Even with all this emptiness, I still feel your love. I feel you protecting me from sadness and pain. Every time I close my eyes, I only have good things to remember. I know it’s you doing that. You were a blessing in all our lives, we were blessed to have had you for as long as we did. But you weren’t meant for this world. You were too good, too pure, too full of love. That’s why he took you back. But at least we had you.”

She further stated, “My friends always said I’m perpetually happy, and now I realise it was because of you. Nothing anyone said mattered, no problem was big enough, and no day could ever be dull because I had you. And you loved me. And I didn’t have to rely on anyone or anything because the only person I ever needed was you. You are a part of my soul. My best friend. My reason for everything. Your whole life you kept giving, and all I wanted was to do that for you too, Mumma. I want to make you so proud. Every morning, all that I would do was with the hope that one day you’d be as proud of me as I was of you. But I promise I’ll wake up every day still with that same thought. Because you’re here and I can feel you. You’re in me, Khushi and in Papa. The imprint you’ve left on us is so strong, it might just be enough to keep us going, but never enough to be fully whole. I love you, my everything.” (Also Read: Janhvi Kapoor Believes Her Mom Sridevi And Dad Boney Kapoor's 'Jodi' Is Made In Heaven) 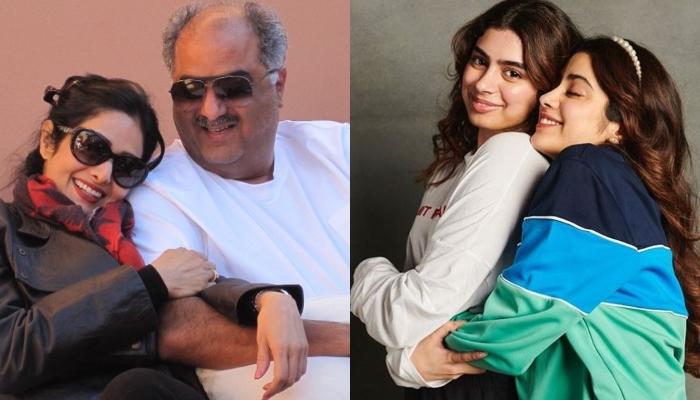