Other than dancing with the bride at her wedding, another important role for the father of the bride is to give his speech. The speech will not only evoke some sweet unsaid sentiments but will also let her know that throughout her life she has brought joy in her parents’ life. As the daddy’s little girl is all set to embark her new journey, the speech will come directly from his heart and it will definitely make it a memorable and, most importantly, one-of-a-kind moment for them. (Also Read: Isha Ambani And Anand Piramal's Engagement Party: Karan Johar, Ranbir Kapoor, SRK Attend The Bash)

Mukesh Ambani and Nita Ambani have been in a celebratory mood as their daughter, Isha Ambani is engaged to billionaire Ajay Piramal and wife Swati Piramal’s son, Anand Piramal. The Ambanis and Piramals threw a post-engagement bash at Ambani’s palatial residence in Mumbai, Antilia. While Nita Ambani dedicated a dance performance to her daughter, Isha and twin brother Akash Ambani gave an emotional speech for his sister, then how could the father of the bride be left behind?

Throwback Picture Of The Ambani Family Where Isha, Akash And Anant Were Delicate Teenagers 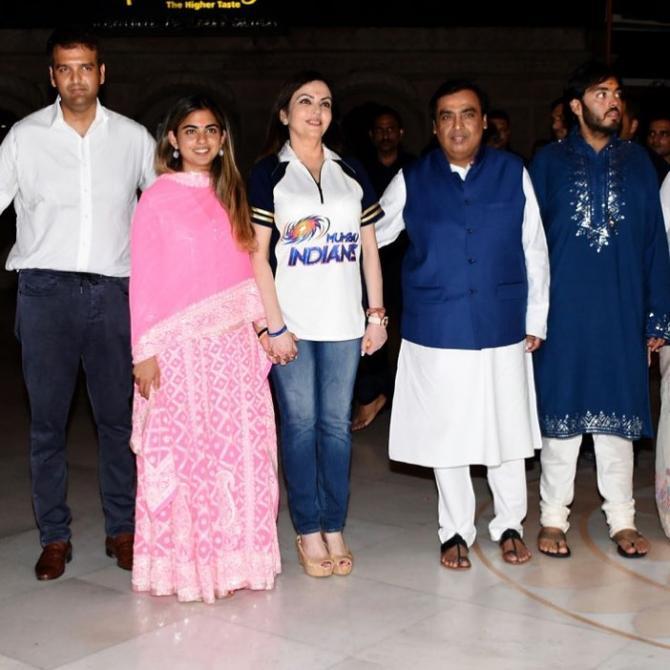 Just like Akash in his speech unveiled how Isha is the boss between them, daddy Mukesh Ambani revealed the family is still recovering from the whirlwind and surprise unleashed by Isha Ambani and Anand Piramal. He said, "The last weekend, thanks to our dear Isha, has been a whirlwind and a surprise for all of us and we are still recovering from it." Mukesh further spoke his heart out and then called his mother and Isha’s grandmother, Kokilaben Ambani on-stage to bless the newly-engaged couple, Isha and Anand. Check out the video here:

Kokilaben gave her speech in Gujarati and said that Anand, which in English means happiness has come to their home. She further continued, "My dear Isha, I would like to say it from my heart, you were the favourite for me and your papa. When Isha was six years old her papa used to see her face first and only then used to have tea." (Also Read: Billionaire Anand Piramal Proposes Mukesh Ambani's Daughter, Isha Ambani In Totally Filmy Style) 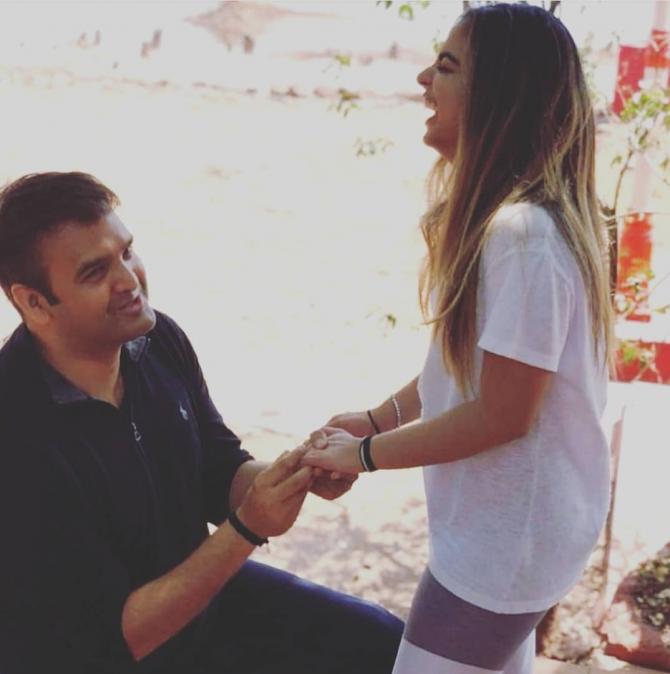 Isha Ambani got engaged to Anand Piramal when he proposed to her in full filmy style in Mahabaleshwar. They are all set to get married in December 2018, somewhere around when Isha’s twin brother, Akash Ambani will enter the matrimony with his fiancée, Shloka Mehta.