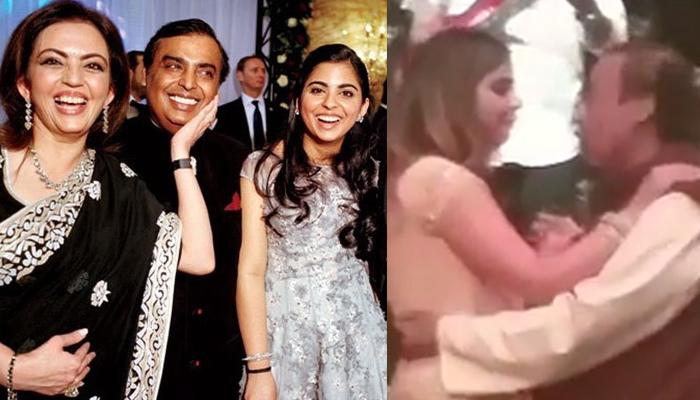 Making sure that one’s daughter gets a man of her dreams and that she has a grand wedding is every father’s aspiration. A father is the first man a girl encounters in this planet and he becomes her cherished ideal. A father-daughter bond is one of the most beautiful and divine relationships in the world. Although he won’t express anything, but your father is the one who gets more and more emotional as your wedding date approaches. (Recommended Read: Unseen Video Of Anand Ahuja Putting 'Sindoor' In Sonam Kapoor's Maang, She Kissing Him Lovingly)

On the other hand, when it’s the daughter’s wedding, our mommies are way too matured to handle this new phase of her daughter’s life. But, your father needs to be consoled. This is exactly what Mukesh Ambani and wife Neeta Ambani felt at daughter Isha’s engagement on May 7, 2018. How do we know? Checkout Isha’s video dancing with father Mukesh Ambani to Harshdeep Kaur’s tune of Mudke Na Dekho Dilbaro from Alia Bhatt’s upcoming film, Raazi:

Didn’t that melt your heart? While daddy Mukesh Ambani got all emotional, mother Nita Ambani seemed to have a blast at the engagement party. Neeta was seen in a solo performance to Sridevi’s hit song, Navrai Majhi from the movie, English Vinglish and another one with her darling daughter on Nachne De Saare from Baar Baar Dekho. Here are the videos:

Billionaire and Chairman of Reliance Industries, Mukesh Ambani and wife Nita, hosted a bash for their dear daughter at their much-talked about superior house, Antilia. Prominent faces from Bollywood and cricket industry were also spotted at the party. The guests included, Shah Rukh Khan, Sachin Tendulkar, Ranbir Kapoor, Karan Johar, Ayan Mukerji, among many others. Mukesh and Nita were seen receiving their guests personally. 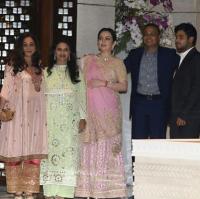 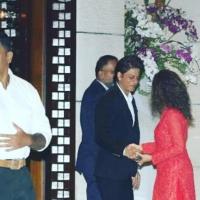 Isha Ambani is getting married to business tycoon, Ajay and Swati Piramal’s son, Anand Piramal, from Piramal Group of Industries. Both the families have known each other for over four decades. Anand-Isha had been good friends themselves before Anand proposed her for marriage. Anand, 33, proposed to Isha, 26, over the weekend at Maharashtra's Mahabaleshwar temple and she said a ‘yes’! The duo is expected to get married in December, 2018. Isha’s twin brother Akash Ambani and fiancee, Shloka Mehta, daughter of diamond magnet, Russel Mehta are also expected to get married in an early December wedding. 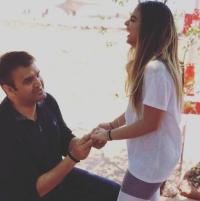 Isha Ambani is one of the Board members of Reliance Jio and Reliance Retail. On the other hand, Anand Piramal, holds a Bachelor’s in Economics from the University of Pennsylvania and has a Masters in Business Administration from Harvard Business School. He was previously the youngest President of the Indian Merchant Chamber-Youth Wing.

Isha and Anand, tonnes of congratulations on your engagement! We wish you all the best for the beautiful future that awaits you.