Since the beginning of this year, Arbaaz Khan and Malaika Arora Khan have constantly been in news- all because of their utterly confusing relationship status. The couple has been living separately from quite some time. At the same time, there also have been speculations all this while that they might sort out their differences and get back together. However, there has never been any confirmation on any of these reports from the couple itself. But now, as per a report by a leading daily, the two have finally filed for divorce.

Well, if the report is true, then all the confusion related to Malaika and Arbaaz’s relationship status will now come to an end. And before we give you some more details of this latest development in this couple’s life, let’s have a look at how the entire year has been for them. 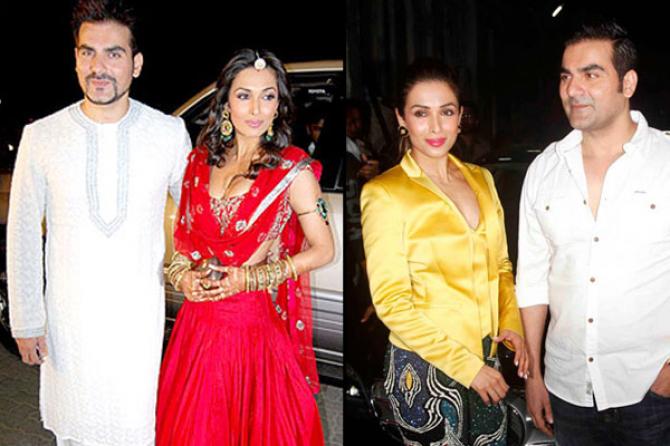 It all started with the couple announcing their separation in a joint statement, which left their fans heartbroken. It came after there were a lot of reports about Malaika being unhappy with Arbaaz’s unsuccessful career, her affair with a businessman, and Arbaaz’s family disapproving of her lifestyle, came into picture. Here’s what the couple mentioned in the statement:

“We have maintained a dignified silence till now but it is causing us too much confusion and is disturbing for our families. To put all of the speculation to rest, we are giving out this statement. People claiming to be our friends and sources have been speaking on our behalf giving out wrong, malicious information. They have maligned us for long and we have kept quiet and not said a word as it’s a personal matter between us. We have got a child and our families are involved, but just because we have not said anything till now, it doesn’t give anybody the license to speculate on any rubbish about us.” 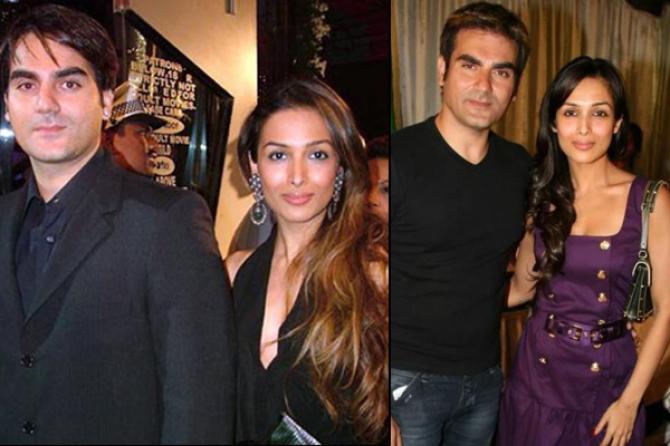 Refuting the reports related to the two seeking divorce at that time, they said:

“We know that there will be speculation, but it is disturbing to read that Malaika has approached a random divorce lawyer she doesn’t know at all. Nor has this lawyer got in touch with us ever. Whoever this person is, can lose their licence as it’s irresponsible to talk about people who are not your clients.” 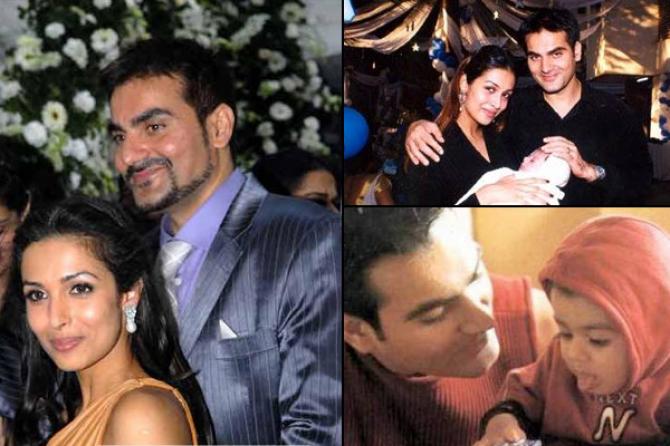 Clarifying about their status, the statement mentioned:

“The truth is, we have taken a break, but that doesn’t mean people can presume, assume and speculate things of such malicious nature. We are taking out time to figure out our lives... Yes, it’s true that we are separated, but where our lives go and what transpires between us, it is for us to decide. Wherever it goes from here, we will talk about it when we are ready to.” 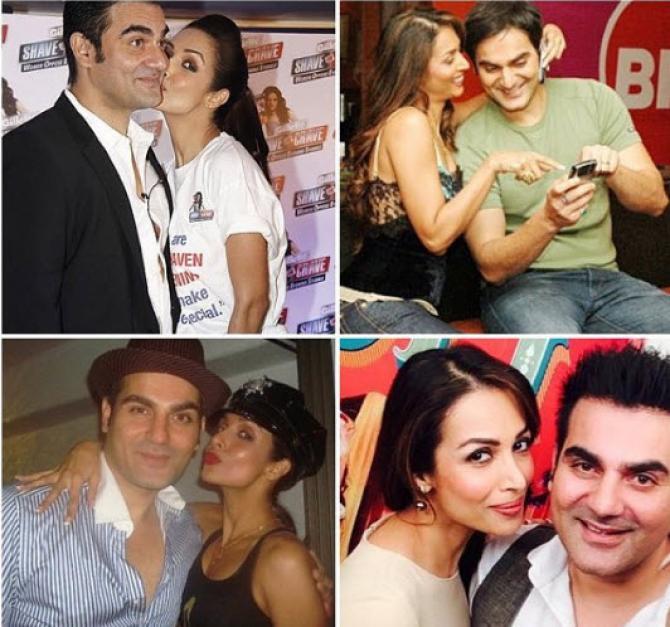 While Malaika moved out of Arbaaz’s house with her son Arhaan a few weeks after the couple issued this statement, there were constant rumours at the same time that they were trying to sort out their differences and might get back together. It was believed that their families, especially, Salman Khan and Amrita Arora, were making a lot of efforts to convince them to patch-up. But when Arbaaz was questioned about this in an interview, he said:

“At this point of time we are not together, we are separated, and that’s about it.”

Don't Miss: 7 Things To Consider When A Divorced Woman Is Getting Married To A Divorced Man

Despite this statement, the couple still gave a lot of reasons to their fans to believe that they might be together again. Malaika was seen spending time with the Khan family at various occasions. In fact, on Arbaaz’s birthday this year, Malaika wished him through Instagram with this adorable picture: 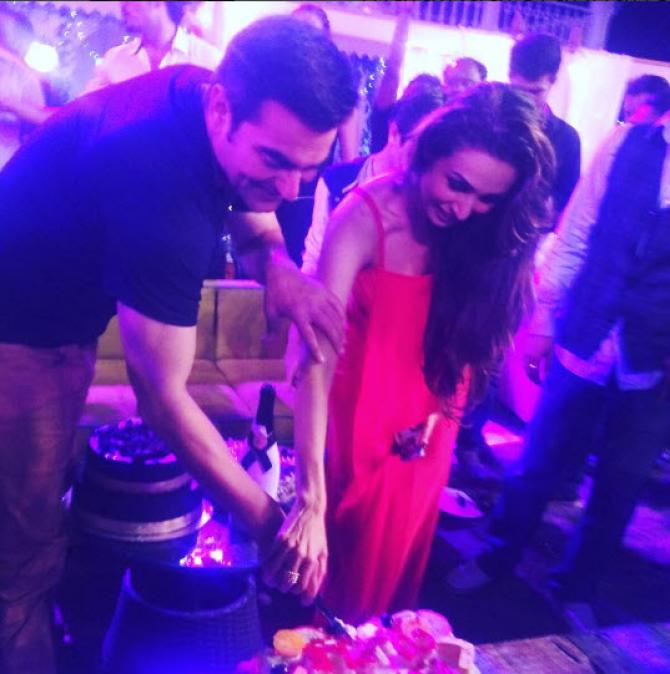 And this love-filled message:

Even on November 9 this year, they celebrated the 14th birthday of their son together. Also, there were reports recently that the two will not be filing for a divorce mainly because of their respective families’ pressure.

Must Read: 13 Famous TV And Bollywood Celebrity Couples Who Are Separated But Not Divorced

And now the divorce news! 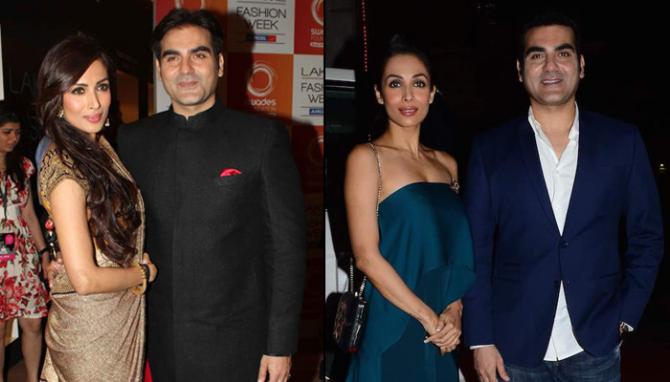 Now if the latest report by a leading daily is to be believed, then Arbaaz ana Malaika have finally filed for divorce at Bandra’s family court. As per the report, a reliable source told them that this couple visited the court last week along with their lawyers. It is said that the divorce application has been submitted as per mutual consent and the two will be appearing in the court soon for mandatory counselling sessions.

As we already mentioned, there have been endless speculations related to Malaika and Arbaaz’s relationship status throughout the year. Even now, neither the couple itself nor any of their family members have confirmed this news. So, all we can do is wait for the truth to reveal. And to stay updated, stay tuned!

Next Read: 9 Most Highly Expensive Divorces Of Bollywood