The glitzy, glamorous celebrity life comes at a cost and too many failed fairy-tale romances have proven it time and again. Many famous couples, who were once head over heels in love and bound by holy matrimony, fell apart eventually.

We have a list of a few such couples, who are not officially divorced yet but have found an answer only in separation to solve their personal issues. 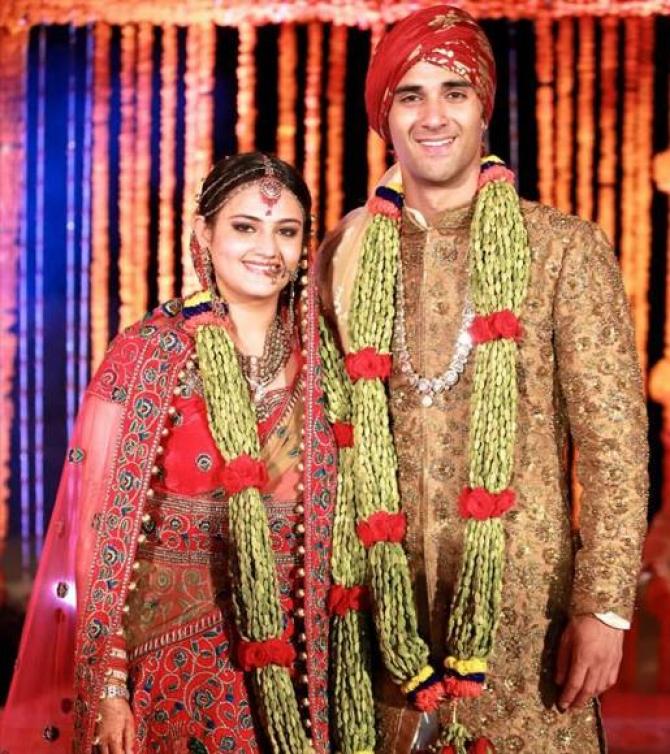 Pulkit Samrat got married to Salman Khan's rakhi sister, Shweta Rohira, in November 2014. But problems arose in their marital life just a year after their marriage. And, they then decided to go their own ways in November 2015. The reason behind their separation was allegedly Pulkit's growing closeness with his Junooniyat co-star Yami Gautam. 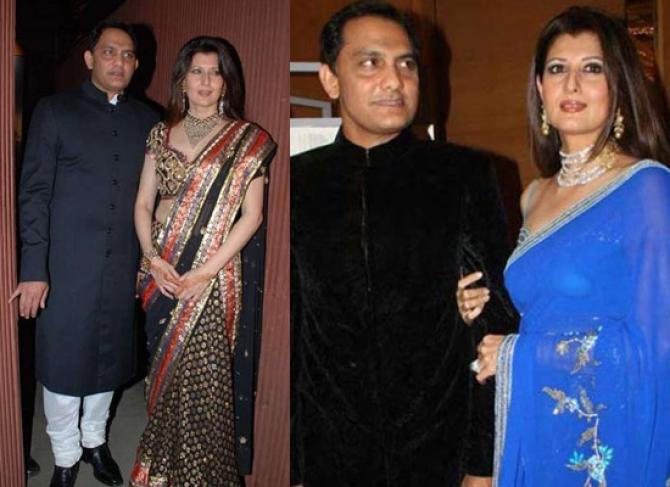 Sangeeta and Indian cricketer Mohammad Azharuddin tied the knot in 1996. He was previously married to Naureen with whom he had two sons. It was rumoured that Sangeeta was in a relationship with Bollywood actor Salman Khan, and the two were all set for marriage. But, things went wrong when she caught him cheating on with Somy Ali. Apparently, Sangeeta and Salman's wedding cards too were printed, but the wedding was called off a few days before the set date. Sangeeta then went on to marry Mohammad Azharuddin. The couple separated in the year 2010.

You May Also Like: 5 Bold And Beautiful Bollywood Divas Who Have Been Married More Than Once 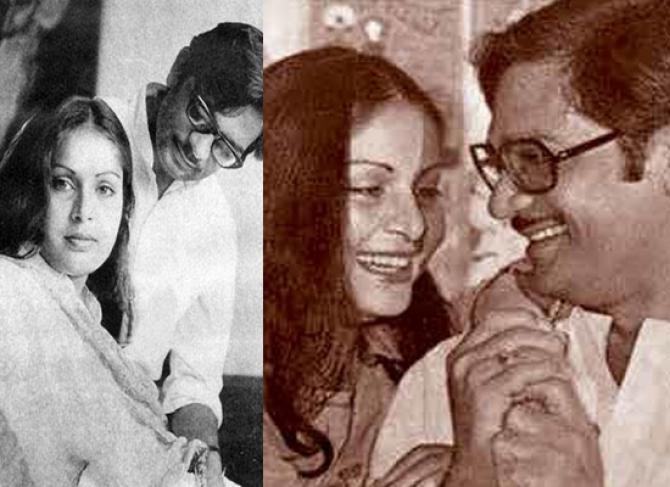 Leading poet and lyricist, Gulzar, married actress Raakhee, already a divorcee in 1973, when both of them were new to the ways of Bollywood. It is said that trouble sparked when Gulzar did not consider Raakhee for his movie Mausam, and cast her rival Sharmila Tagore instead. After many differences, the couple split just a year later and have been living separately ever since. One of the famous celeb couples, Sandip Soparrkar and Jesse Randhawa tied the knot in the year 2009. The couple broke everyone's heart when they announce their separation in 2016 after being in the holy bliss of matrimony for almost seven years. The couple even participated in the famous show, Power Couple. Here's what their official statement said:

“We both, Jesse Randhawa and Sandip Soparrkar have decided to live separately for a while, we are taking time off from each other to figure things out between us and to know which path we wish to choose in life. We have had a wonderful, memorable and a beautiful relationship for the past 11 years, out of which 5 years we were dating and the rest we spent as a married couple. But now we have decided to only dance together as we both share the same love for the art, we are as of now been living separately to find our paths and goals in life. We request the media to please respect our privacy regarding the same and give us our personal space and not speculate the reason behind our separation. Thank you, Jesse Randhawa and Sandip Soparrkar.” The legendary jodi of Bollywood was said to be head over heels in love with each other when they tied the knot in 1971. It has always been said that the Kapoors asked Babita, already a star, to quit movies, and troubles started then. But, tabloids have also reported that Randhir's temper problem and alcoholism were a reason for their separation in 1988. The couple still lives separately, but have now reconciled their differences and come together for social dos.

Don't Miss: 'Sindoor' Looks Of 10 Beautiful Bollywood Actresses Who Rocked It Like No One Else Actress Mahima Chaudhary got married to the already divorced architect, Bobby Mukherjee in 2006, in a hush-hush ceremony. In 2011, however, it was made public that the couple has been living separately due to incompatibility and differences. Still not divorced, the couple is probably giving it second thoughts for their little growing daughter. Vivian and Vabhiz met on the sets of Pyaar Kii Ye Ek Kahaani just to fall in love with each other. The two tied the knot in 2013 in the presence of their friends and families. Though they were still giving some serious relationship goals to other couples, soon their separation news started doing the rounds. The relationship between the two of them hit the rough patch in 2016 and ever since they are living separately. Here's what Vivian was quoted as saying:

"Well I just won't even accept it, won't even deny it... we ust need some space because it's our private life. For now we can't comment on this topic, but whenever the time is right, we will definitely comment!"

And recently, Vabhiz was found stating:

“I am going through a failed relationship. It is painful, but you just have to take everything in your stride and have a positive attitude. That’s a challenge, but negativity can sink into you only if you let it.” 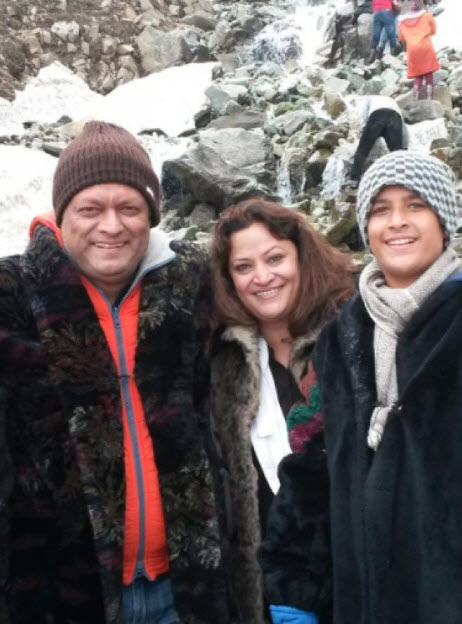 One of the most loved couples of the small screen, Kiran Karmarkar and Rinku Dhawan too went separate ways recently. Kiran Karmarkar and Rinku Dhawan met on the sets of Kahani Ghar Ghar Ki and started having hots for each other. Ending their 15 long years of marriage, the estranged couple is not living with each other. Courtesy, unresolved differences that they have been facing in their marriage. Kiran and Rinku together have a teenage son and the decision to part ways was taken mutually. Iss Pyaar Ko Kya Naam Doon fame on-screen devar-bhabhi jodi fell for each other and became a couple off-screen. Yes, you are guessing it right! We are talking about Avinash Sachdev and Shalmalee Desai, who tied the knot on June 12, 2015. After two blissful years of marriage, the couple started having tiffs and finally parted ways. Currently, the two are living separately. The duo had admitted that they were facing compatibility issues, which their families were trying to sort out.

When asked about what went wrong between him and Shamalee, the actor said:

"No. I don't have a clue about what's happening in my marriage. Our families have been trying for a patch-up, but there has been no progress so far. I want to focus only on my work for now." He further added, "I don't know if Shalmalee and I will get back together, or we will separate forever. I am hoping that whatever happens, will happen in our best interests." 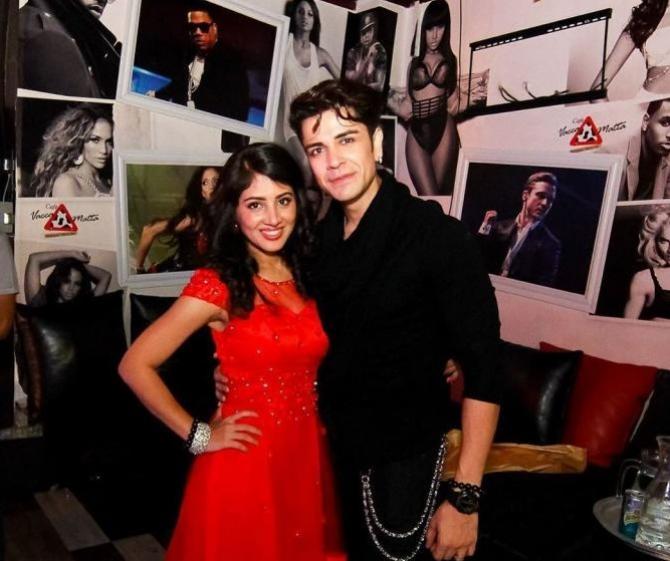 Piyush Sahdev, who was last seen in Beyhadh as Samay walked down the aisle with Solaah Singhaar fame actress, Akangsha Rawat. This is one amongst those couples who decided to go separate ways. After taking his own sweet time, Piyush opened up about facing issues in his married life. While talking to the TOI, the actor quipped:

"Yes, we are getting divorced. We are currently separated and have been living apart since last three months."

When asked about the reasons behind his relationship going kaput, Piyush said:

"Our reason of parting ways now is that we both think very differently. Our lifestyle and ways of living are really different. We've always had problems because of this and were about to separate earlier but then eventually got back together thinking we'll cope up but now we're utterly sure that we can't spend the rest of our lives this way." Arjun Rampal and Mehr Jesia, the one who was counted amongst the most compatible couples, who used to give some serious relationship goals too parted ways lately. Arjun and Mehr surprised one and all when they released a joint statement declaring their separation. The statement that released could be read as:

“After a 20-year-long beautiful journey filled with love and beautiful memories, we would like to share, that all journeys have different paths. We feel that it is time for us to move on to different destinations henceforth.”

“We have always been solid when it has come to us, we will continue to be solid for each other and our loved ones, as we embark upon a new journey...Both of us being extremely private people feel strange to be making this statement, but such are the circumstances of our lives. Where the truth can get distorted and lost. We are a family, our love for each other is forever intact and we shall always be there for one another and most importantly, for our children Mahikaa and Myra. We would therefore appreciate our privacy through this time. Thank all for their support. Relationships can end, but love lives on. We won’t be commenting on this any further.”

Recommended Read: 16 Bollywood Couples Who Taught Us How To Remain Friends After Breakup Or Divorce

So, these were a few couples, who have not yet taken the legal way out of their marriages yet but have moved on with their individual lives. 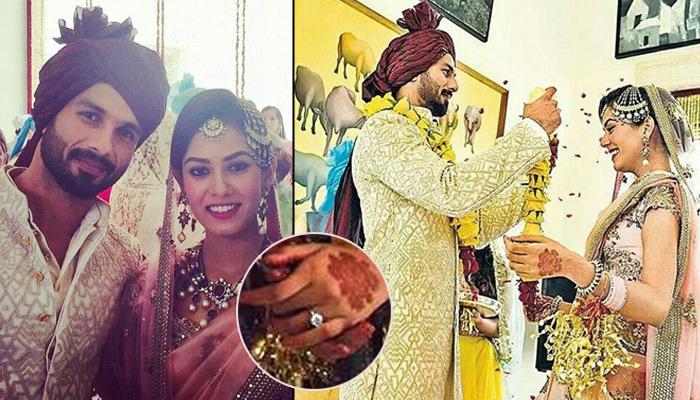 Well, this certainly was the biggest Bollywood weddings of 2015. Shahid Kapoor tied the knot with his Delhi-based fiancée, Mira Rajput on July 7, 2015. As the most eligible bachelor of the Indian film industry gave up his 'single' status, a million hearts were broken. Now that Shahid and Mira