Mahesh Bhatt's daughter, Pooja Bhatt shares a warm and close bond with her step-sisters, Alia Bhatt and Shaheen Bhatt and here are some rare precious moments of them together. Take a look!

The Bhatt family of Bollywood has always been one of the most reputed and successful B-town families, not just because of the filmmakers like Mahesh Bhatt, Vikram Bhatt, Mukesh Bhatt, among others. But mainly because of the women of the Bhatt family. Mahesh Bhatt's second wife, Soni Razdan is an actress, filmmaker, and producer. Another power-packed woman from the Bhatt family is Mahesh Bhatt and Lorraine Bright's (his first wife) daughter, Pooja Bhatt, who is one of the most stunning actresses of her generation. His daughters with Soni Razdan, Shaheen Bhatt, is a screenwriter, and Alia Bhatt needs no introduction, as she is the reigning queen of Indian cinema.

Recommended Read: Kajol Recalls Discussing Her Boyfriend Problems With Ajay Devgn And Depending On His Sage Advice

Pooja Bhatt was born on February 24, 1972, to Mahesh Bhatt and Kiran Bhatt (Lorraine's name after marriage) and is the most pampered kid of the Bhatt clan and is the one, who had experienced tons of emotions in all these years. From seeing her father getting married without giving divorce to her mother, accepting her step-sisters, finding her true love in Munish Makhija, after a list of flings and affairs, only to part ways with him after years of being in nuptial bond, Pooja has survived the worst. However, after all this chaos, the Bhatt sisters, Pooja, Alia, and Shaheen, share a beautiful and warm bond with each and glimpses of which we have witnessed numerous times in recent years. Scroll down to see some rare moments of the step-sisters! 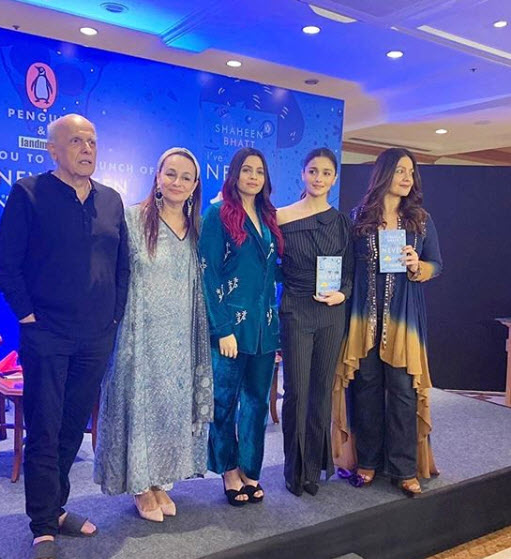 During the launch of Shaheen Bhatt's book, I Have Never Been (Un) Happier, in December 2019, we had witnessed the entire Bhatt clan come together to support Shaheen and had graced the event. It was at that moment, when Pooja Bhatt had revealed a secret about the Bhatt family. She had stated how, except for Alia, everyone had inherited a genetic flaw from their father, Mahesh Bhatt. Talking about it, she had stated that the flaw is being brutally blunt. She had further revealed that people except the stars to keep up with the celebrity image they have, and she and Shaheen are not very good at it in the glamour world. She had added this one thing is something they have inherited from their father, and Alia is the lucky one who had not inherited this quality, which is the reason for Alia's success in Bollywood. 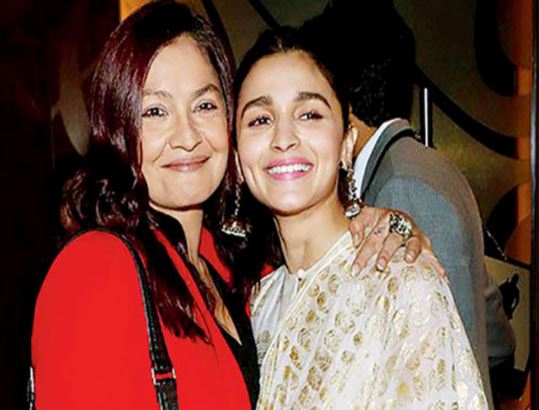 On February 24, 2019, Pooja Bhatt had turned 47, and her step-sister, Alia Bhatt had taken to her Instagram stories and had shared the most adorable birthday wish for her elder step-sister, Pooja. The actress had shared an unseen picture from their childhood days. In the picture, we could see Pooja posing for the camera with little Alia, and the two had given us pure sibling goals. Along with this beautiful picture, Alia had written a cute caption atop it that could be read as

"Happyyyy birthday to the strongest, most honest person in our family. You are all things special. My big beautiful sister."

On the other side, Shaheen Bhatt had also taken to her Instagram handle and had shared a stunning solo picture of her elder step-sister, Pooja Bhatt. Along with the picture, Shaheen had written a cutesy wish atop it, and it could be read as

"Happy Birthday to one of the most beautiful women that I know ... both inside and out. Oh and also the strongest. @poojab1972 have a wonderful year love always." Don't Miss: 7 Men Came Into Madhubala's Life, Only To Leave Her All By Herself On Her Deathbed

When Alia Bhatt And Shaheen Bhatt Cheered The Loudest For Pooja Bhatt: On February 10, 2021, Pooja Bhatt had taken to her Instagram stories and had delighted her millions of fans with the great news of her debut in the OTT with the Netflix series, Bombay Begums which is slated to release on March 8, 2021. Announcing the release date, Pooja had written,

""Rise & slay! There is nothing stronger than a woman who has rebuilt herself" Fair to say I'm back! Thanks to #BombayBegums & #Netflix So catch me (If you can)."

Soon, Pooja's step-sisters, Shaheen Bhatt and Alia Bhatt had given a shout out and blessings to their elder step-sister through their respective IG stories. While on one side, Shaheen had written, "YAASSS @poojab1972" atop the poster shared by Pooja. On the other side, Alia had written, "Wohoo @poojab1972" followed by three heart emoticons. Take a look: 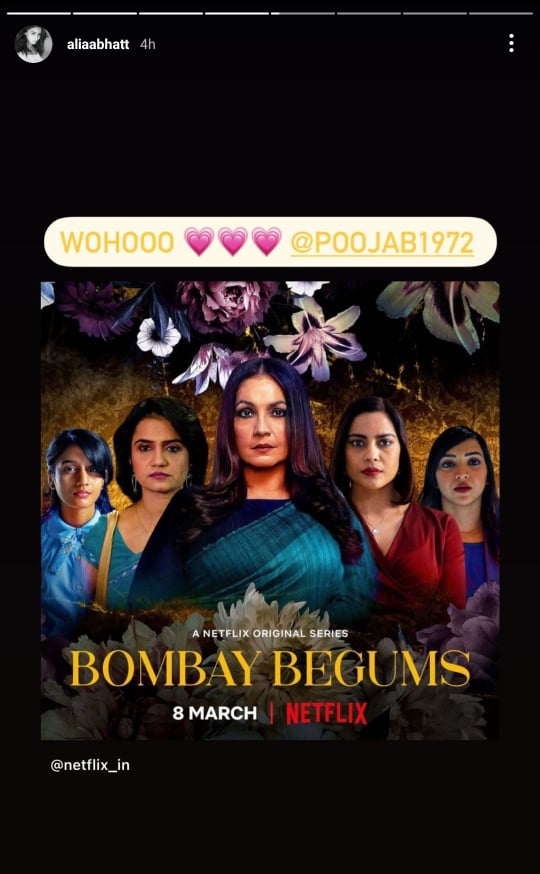 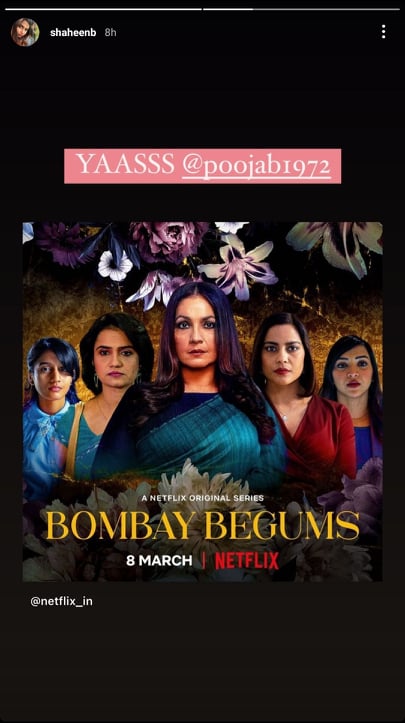 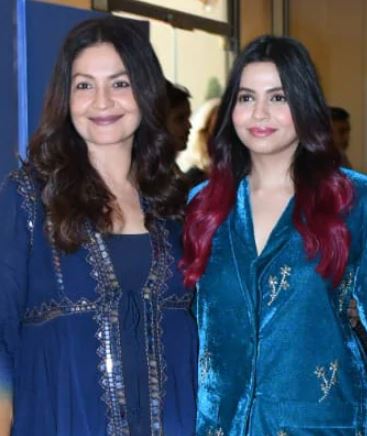 On April 22, 2020, Pooja Bhatt had taken to her Instagram handle and had posted a throwback picture sent by her step-sister, Shaheen Bhatt. In the picture, we could see Mahesh Bhatt sitting on the floor in his trademark black shirt, while Pooja Bhatt could be seen wearing a dark olive-coloured shirt with a pair of white jeans. However, it's hard to ignore the cute baby girl, Shaheen Bhatt, who was sitting on her dad, Mahesh Bhatt's lap. Along with the picture, Pooja had written a heart-melting caption that could be read as

"And then your sister sends you a photo that makes your heart melt and turns you Into one big, molten mess! Uffffff! Thank you, Shaheen. Needless to say, I love you! #memories #family #sisters @maheshfilm @shaheenb.” You May Like: Madhubala's 52nd Death Anniversary: A Bomb Blast, 7 Love Interests, Global Star, And A Lonely Demise

When Alia Bhatt Talked About Her Equation With Pooja Bhatt: 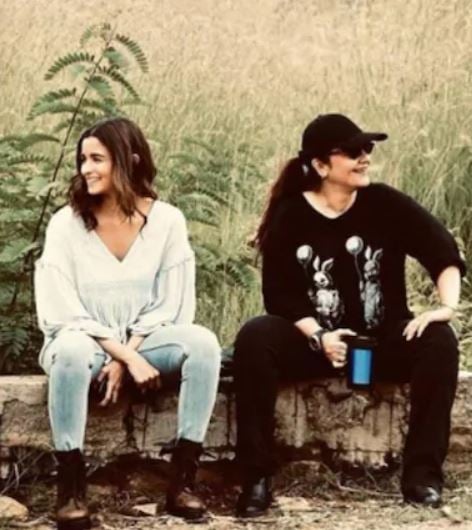 On Anupam Kher's chat show, Kuch Bhi Ho Sakta Hai, Alia Bhatt had opened about her relationship with step-sister, Pooja Bhatt. Kalank actress had clearly stated that there were no hard feelings between them right from the beginning, and with time, they had bonded quite well, and as for now, they are extremely close to each other. She had also revealed that there's no fakeness or facade in their entire clan. She had said,

"Recently it's (her relationship with Pooja) become much better. As a family we've grown really close. People always tell me 'Oh you have a step-sister, a step mother' and all that, but it has never affected me. Our family is very real, and we're very honest with each other. There's no façade and no fakeness. So, when we spend time together, we genuinely spend time together." 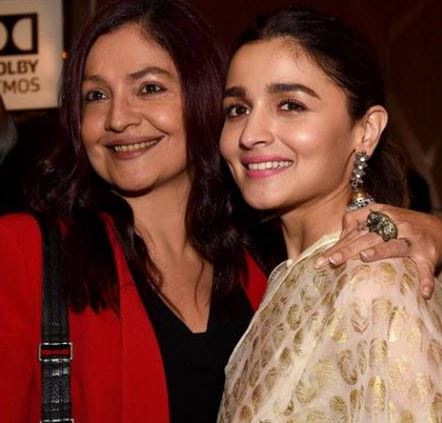 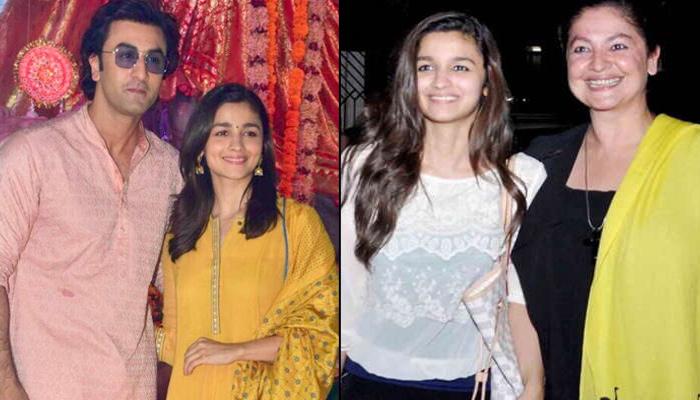 In an event in New Delhi in 2018, Alia Bhatt's sister, Pooja Bhatt was asked about Alia and Ranbir's budding romance. The Border fame actress, Pooja had given a witty reply and had also heaped immense praise and admiration on her step-sister, Alia, as she had called her the 'much-improved Bhatt'. She had said,

"You got to ask Alia! You can ask me about my personal life. You cannot ask me about my sister's personal life because I ain't telling, darling!" When further probed how she tackles such speculations and stories about her baby sister, Alia, Pooja retorted, "Like I took rumours about me. What was true didn't bother me. What was not true didn't bother me. And she is a Bhatt after all, and a much-improved Bhatt in that sense." 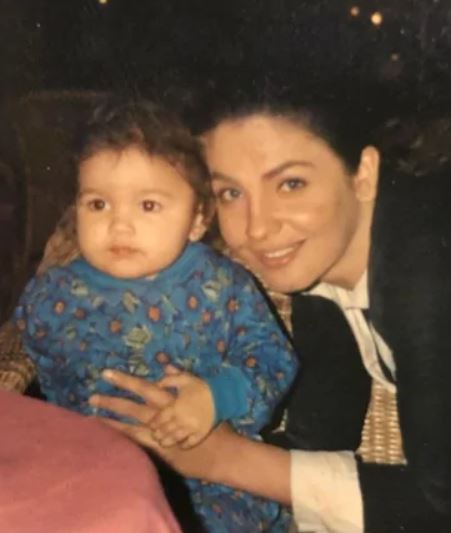 On October 30, 2019, Pooja Bhatt had taken to her Instagram handle and had shared a candid picture of Alia Bhatt from the sets of Sadak 2, in which we could see the stunning actress scribbling something in her diary. Alia had looked super cute in a lemon-coloured jacket as she was so engrossed in her world while writing in her diary. Pooja had captioned the image as 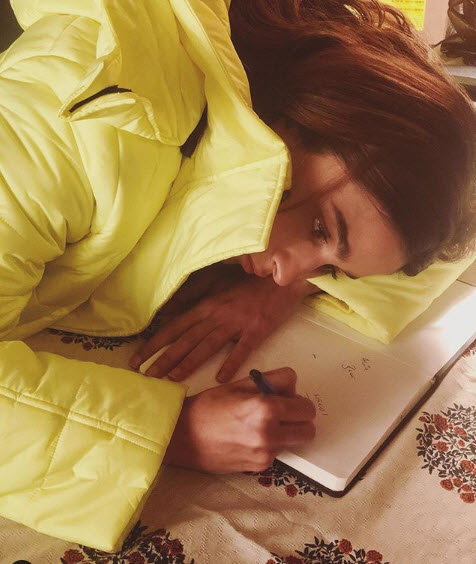 In an interview with the Hindustan Times, Pooja had opened up about Alia's acting skills and had revealed that she was amazed by her performances in Highway, Raazi and Udta Punjab. She had also highlighted her step-sister's unique and beautiful way of picking up film projects and had praised her. She had said,

"Alia is such a fabulous actor. Look at Gully Boy, Udta Punjab (2016), Raazi (2018)… she has given such heartfelt performances in all these. She is getting better every day. She chooses with her heart, and I think that's what is working for her. Though in hindsight, no one knows which film will work or which one won't. You can't plan that way, but yes you can definitely choose the right kind of stories."

You May Like: Unseen Picture Of Abhishek Bachchan And Aishwarya Rai Creating Lifetime Memory A Day Before Wedding

There's no denying that Mahesh Bhatt's eldest daughter, Pooja Bhatt, had played one of the most important roles in bringing all the pieces of the Bhatt family together. She was the one, who had strung her father, Mahesh ji, step-mother, Soni ji, and step-sisters, Alia and Shaheen, together with the needle of acceptance and love. More power to you, Pooja Bhatt!