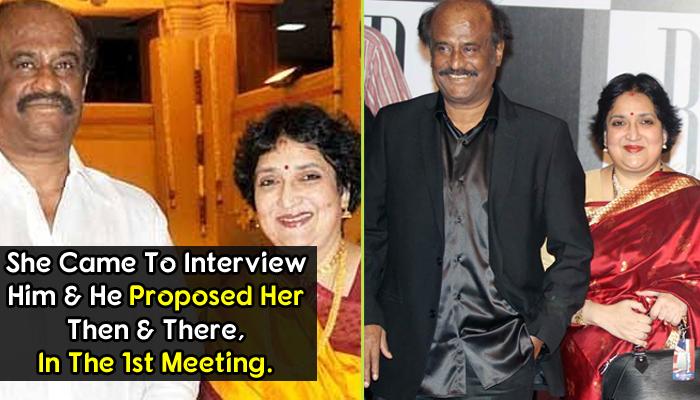 From action sequences in movies to stardom, the cult status and the jokes; everything about this legendary actor is big and ‘larger than life’. We are talking about none other than the South Indian megastar Rajnikanth. Though he needs no introduction, his grand persona is not complete until and unless we talk about his romantic life and marital alliance which is as extraordinary as him.

Actually, the icon met his girl in an exceptional way and at that very moment, he took the decision of a lifetime. Let’s have a sneak peek into his super-cute and outstanding love story.

You will be shocked to know that the one who stole his heart away was a college girl who met him for an interview. In 1980, Rajnikanth was busy making Thillu Mullu, the Tollywood version of movie Golmaal and that is when Latha Rangachari requested him for a meeting. The moment he came face-to-face with her, the actor decided to have the girl in his life.

An interview that turned into a romantic story 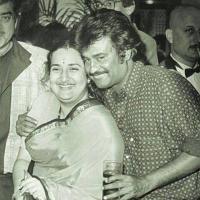 The girl arrived and what followed is the chapter straight out of a fictional romantic novel. As the interview progressed, Cupid did its job by hitting the decisive arrow. Rajnikanth had hardly experienced the same feelings before. Without thinking twice, he was certain that he wanted to marry her and put forward his proposal then and there. Of course, a proposal from a star stumped the college-going Latha. Still, she was under her control and smiled saying that she would discuss this with her parents. That very moment sealed the bond of the ‘match made in heaven’ couple.

The girl and the connect 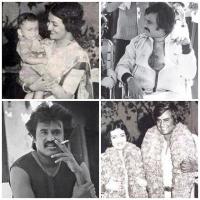 Latha Rangachari was a student of English literature at Ethiraj College in Chennai when she was given this interview assignment for her college magazine. But there was one thing that was common between them- the city Bangalore. Rajinikanth was earlier employed in Bangalore Transport Service as a bus conductor and Latha’s family owned a house there. This became a ground for the couple to be comfortable during the interview.

Don't Miss: Everything You Need To Know About Saif And Kareena's Love Story 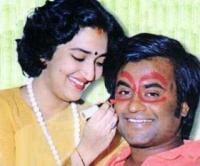 No doubt, Latha was overwhelmed and the idea to marry an established actor hit it off instantly. Since Rajnikanth came across as a humble and modest human being, her fondness grew and love followed soon after. As time passed they both got attracted to each other. She stated in an interview to Sun TV in 2012:

"He did not propose to me, he informed me that he was marrying me and left."

The path towards the marriage-Meeting the parents

Strange enough; the tough guy who chases his own destiny and turn the wheels of his own fortune, was actually scared to meet his girlfriends’ parents. Meeting Latha’a family for the first time became the most daunting task for the can-do-it-all actor. Well, in matters of love, even the hero became submissive.

Luckily he discovered that Latha’s sister, Sudha was married to someone from the Tamil movie industry. He sought his help and also roped in seniors from his world to get into the process of meeting her parents. However, the meeting was a positive one and Latha’s parents showed him a green signal to move on with the marital alliance.

You May Like: Here's Why Vatsal-Ishita's Love Is Being Compared To Legendary Love Story Of Sunil Dutt And Nargis 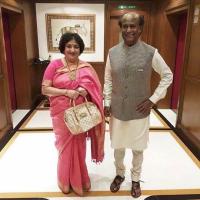 After waiting for quite sometime and after having their parents consent, the lovebirds got hitched in a traditional South Indian style at the famous Lord Balaji temple in Tirupati. February 26, 1981, marked an important day in the star’s life when he entered the wedlock with his beloved. Latha was a happy bride all decked up in red and the groom Rajinikanth was looking classic in white silk dhoti and kurta. 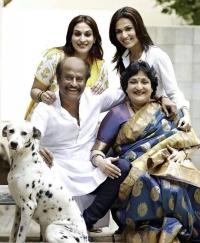 After their venture into marriage-hood, the couple were blessed with their first daughter, Aishwarya in 1982. Then they had a second daughter in 1984 whom they named Soundarya. Later, Latha chose a career in singing and also, in 1991, she founded a charitable school in Chennai providing education to underprivileged children. So, we can see that the long-married couple is still in love and knows the importance of dreaming big and together.

Suggested Read: Love Story Of Bollywood Legend Anil Kapoor And His Wife Sunita Will Make You Believe In True Love

The love story of the superstar is a lot more than just a first date or love at first sight. Rajnikanth and Lata were not only a loving couple but dream partners and role models for those who are in love and wish to get married. We wish him all the best for his success and wonderful married life.

Next Read:  This Is Why Rekha Wears 'Sindoor' All The Time, Even After Her Husband Committed Suicide