There are very few actresses, who are doing great in both South Indian and Hindi film industries at a time. One such actress is Taapsee Pannu, who has been giving hits one after another. Taapsee has worked in many good Bollywood films like Pink, The Ghazi Attack, Naam Shabana, and Judwaa 2. Also, she had made her debut in South Indian cinema with the Telugu film, Jhummandi Naadam in 2010.

In recent years, Taapsee Pannu has made a name for herself in the industry with some critically-acclaimed performances in her kitty. Just like her professional life, her personal life is rolling on the same path, as she's enjoying a bit of stability in it too. However, before jumping into that, here's a list of some handsome hunks, whom she had dated over the years before finding peace in her alleged boyfriend, Mathias Boe.

Hina Khan Is Mad At Beau, Rocky Jaiswal For Spoiling Her With Delicious Cheat Meals 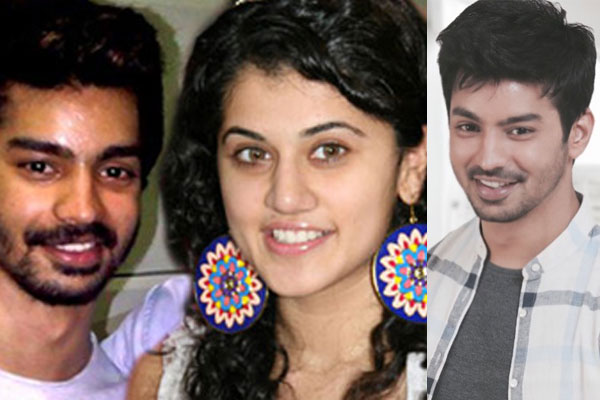 While Tollywood stars prefer to keep their relationship under wraps, Taapsee Pannu had also followed the same. But when the Telugu actor, Mahat Raghavendra was promoting his first Telugu film, Back Bench Student, he had admitted in a conversation with a leading daily that he had dated Taapsee for two years in the past. The actor had also revealed that they had broken up after realising that it was not working anymore. In fact, as per the sources, Mahat has never shown any signs of having some issues in being known as Taapsee's ex-boyfriend. To one of the leading portals, according to The Times Of India, he had once said: 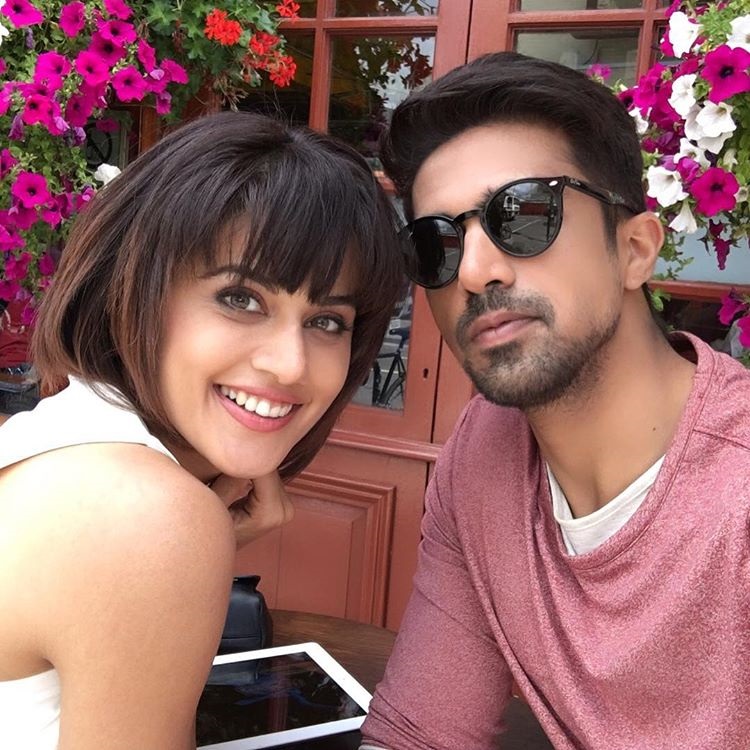 Back in 2017, there was a buzz of romance where leading tabloids had reported that Taapsee Pannu and Saqib Saleem were sharing some love-filled moments. After their official social media accounts had sparked some of their cute pictures on the internet. In an interview with Pinkvilla, Saqib had reacted to his dating rumours with Taapsee Pannu, and had said:

“The thing is that woh bhi Dilli ki laundi hai, aur main bhi Dilli ka launda hun (She is a Delhi girl and I am a Delhi boy). So, we are really comfortable in each other’s company. She has an amazing sense of humour, and I love spending time with her. Woh bahot chill laundi hai (she is a chilled out person).” 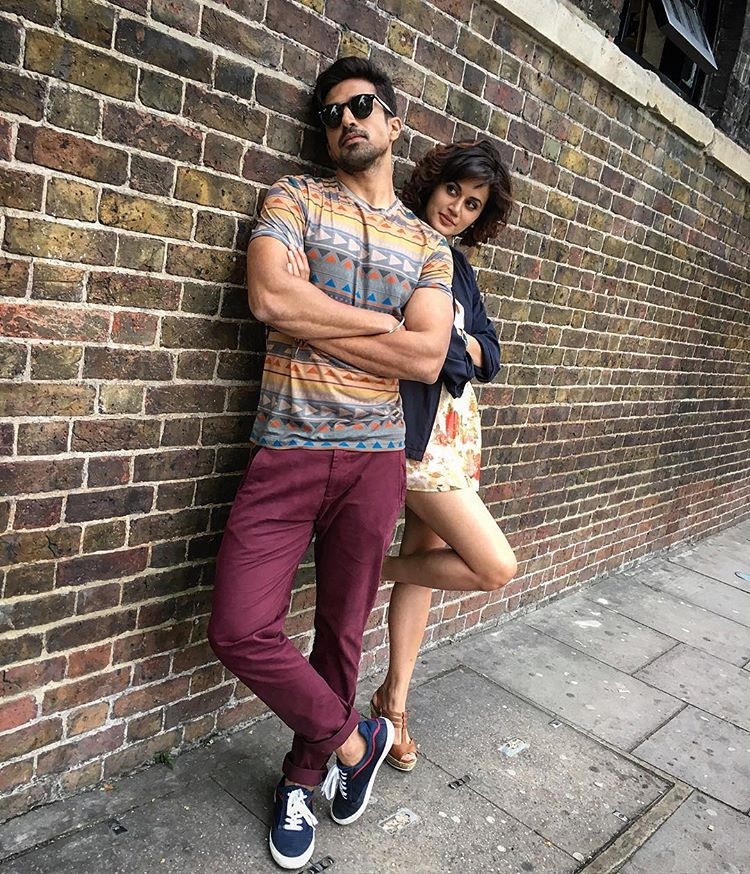 Saqib had also clearly stated that he and Taapsee Pannu aren't dating. He had said:

“I keep telling her that she should behave like an actor. But she tells me she doesn’t have that vibe, and she can’t behave that way. That’s why I say she is a very easy and comfortable person to be with. But, we are not dating each other, except on-screen for our next film.” 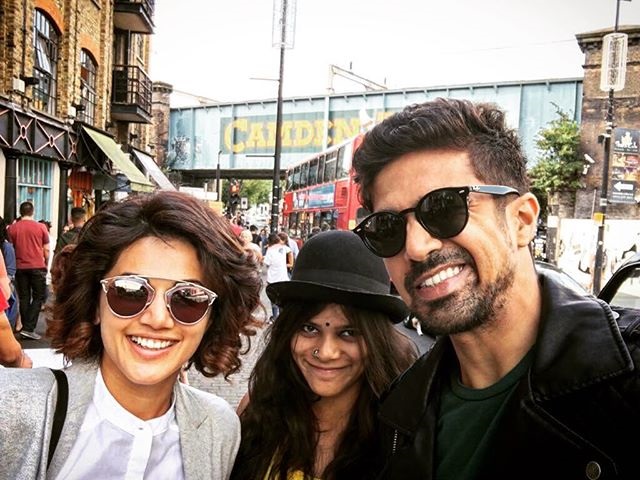 Later in another interview with the Hindustan Times, Saqib Saleem had once again refuted his and Taapsee's dating rumours in the media. The actor had also added that he and Taapsee have never dated each other, and for him, she's nothing more than a good friend. Without thinking about the thought of even dating, he was quoted as saying:

“I am not dating her yaar. Few people have asked me this question and this is what I keep telling them. Taapsee is my dearest friend, and there is nothing more than that.”

Also Check: Kamal Haasan Has Been In Relationship With 5 Women, But Still Alone At The Age Of 62 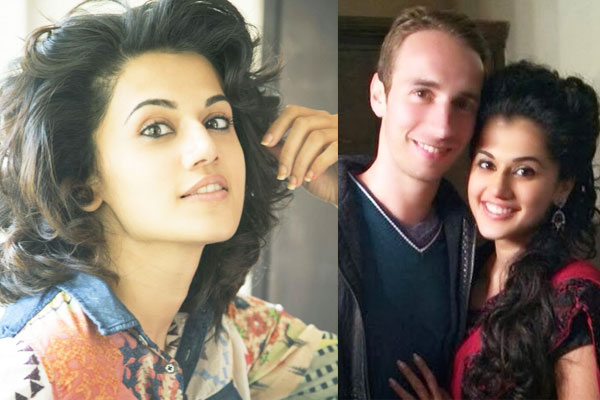 If rumours are to be believed, Taapsee Pannu is dating a sports player, an Olympic silver medallist, badminton player named Mathias Boe. To believe about the news further, the Pink actress had also said something about the wedding season in an interview with the Hindustan Times, and she had stated:

“It’s not that I have tried too hard to keep my personal life under wraps and wanted to keep it away from everyone. I am not dating any cricketer, actor, or director, producer or any big Indian businessman. Whenever my wedding happens, there will not be any hoopla about it. Right now there is some wedding season going on in the country but when I tie the knot, I don’t think it will interest the Indian media so much. Whenever my wedding happens, it will not be to a cricketer or a rich businessman.”

The badminton player and alleged boyfriend of Taapsee, Mathias, had also posted something interesting on Twitter in 2017 and, in a way, he had declared to the world about his girlfriend, Taapsee. Along with the picture, he had tweeted: 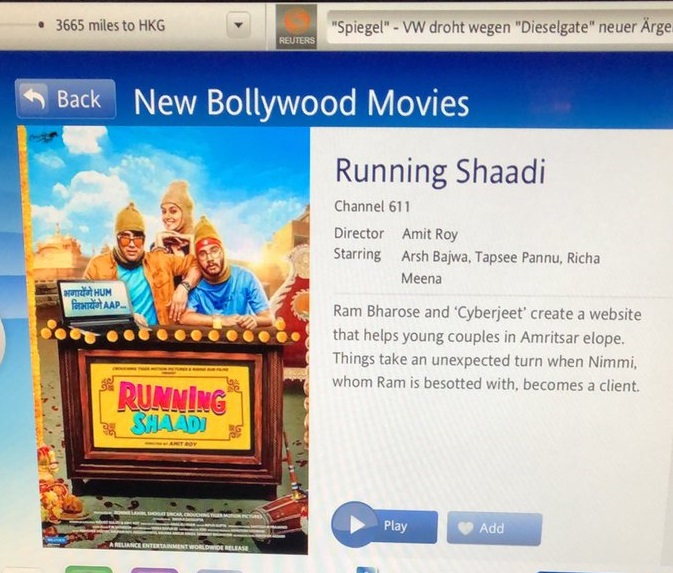 You May Like:  2 Marriages, 1 Divorce And Yet, Together They Form A Happy Family: Pankaj Kapur's Marriage Story

Taapsee has preferred to keep her relationship private and does not post many pictures or videos, unlike other celebrity couples. However, Mathias Boe is pretty much open about his relationship, and it is through his posts that everyone had come to know that something is brewing between the duo. Last year, he had posted a picture from their vacation in the Maldives and had captioned it as:

"Holiday got me like.... thank u for having us @tajmaldives your place is next level." 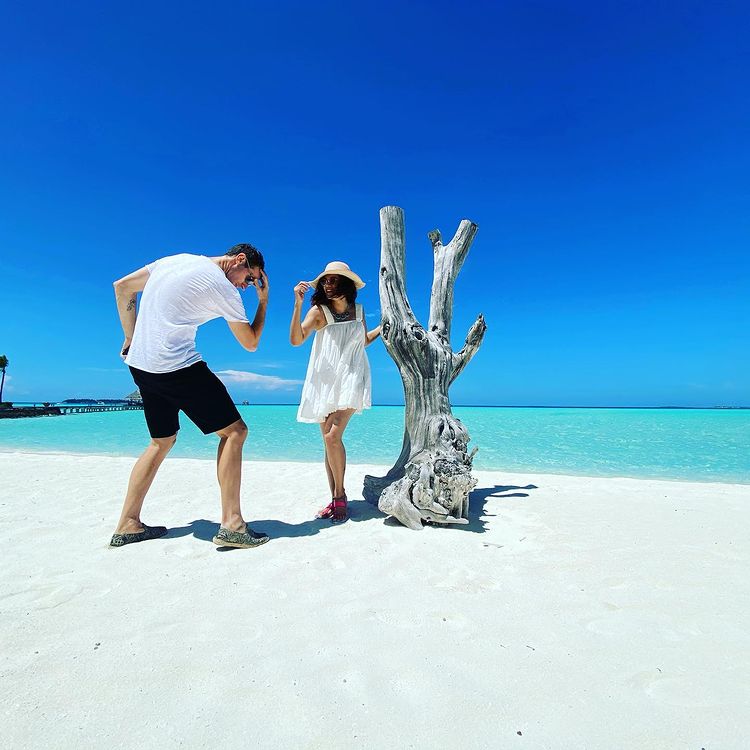 On August 1, 2020, as Taapsee Pannu had turned a year older, her boyfriend, Mathias Boe, had taken to his IG handle to pen a heartmelting note for his girlfriend. By sharing the picture, he had written:

"Happy birthday you crazy little creature, damn we r getting old fast, especially u. Can’t believe how lucky I’m that I found someone who don’t find me too annoying and (sometimes) laugh at my lame jokes. I will try my hardest to keep u smiling @taapsee." 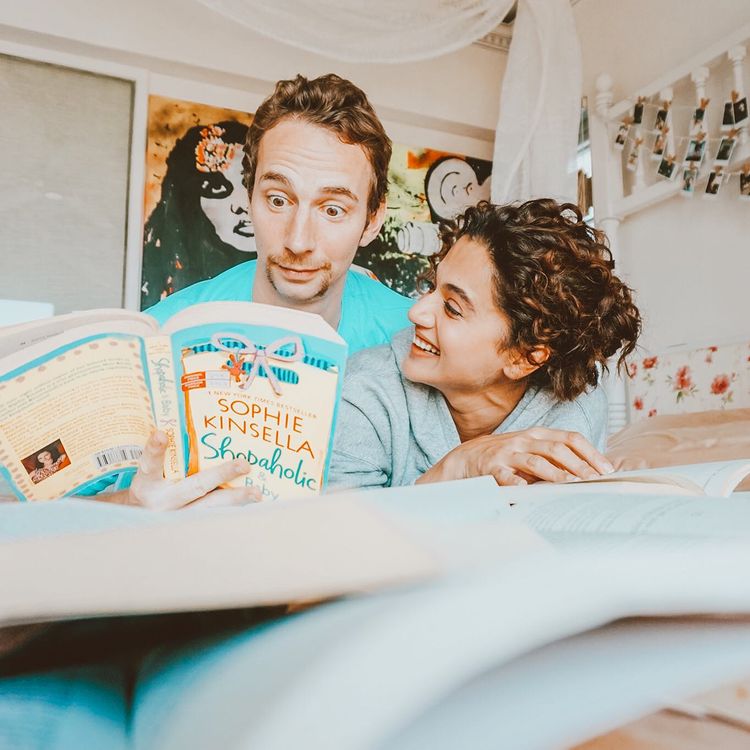 Talking about her personal life, in an interview with India Today, Taapsee Pannu had also mentioned:

“I’m in an extremely good state in my personal life. Now, why I don’t talk about it in the media is not because I’m ashamed to accept it, but because if I do, then everything will be centered around that and people will start talking about that more than the work I do, which I don’t want. That is the only reason I don’t want to talk about it. Otherwise, I’m extremely proud of my relationship status and the person I’m with.”

Well, now it seems like Taapsee Pannu has found the love of her life. We wish her to have a stable love life just like her successful professional life. Let us know in the comment section what do you think about Taapsee and Mathias?

Recommended Read: When They First Met, She Didn't Even Come Up To Him: Love Story Of Rani Mukerji And Aditya Chopra

Hina Khan Is Mad At Beau, Rocky Jaiswal For Spoiling Her With Delicious Cheat Meals