Shammi Kapoor and Geeta Bali's sudden marriage at a temple is one of the greatest love stories and will make you understand a lot of things about true love. Find Out!

We have seen a lot of incredibly talented actors over the decades in Bollywood industry. Some entertained us with their action sequences, some with their dialogue deliveries, some with their extraordinary expressions, and some with their energy. However, there’s one actor, whose legacy is still untouchable even by some of the brightest stars of the industry. Yes! We are talking about the first and the last ‘Rockstar’ of Indian cinema, Shammi Kapoor. The actor is known for his unique expressions, unbelievable acting skills, high-voltage energy, and eccentric dance moves. (Recommended Read: Shammi Kapoor's Love Life: Twice Failed In Love And Twice Married; First Wife Died Of Smallpox)

Shammi Kapoor has portrayed a lot of interesting characters on the big screen in his long career but it was his character, Chandra Shekhar from his hit-film, Junglee that cemented his position as one of the best actors ever. In his tremendous acting career, he has starred in over 200 movies and some of his movies are still a source of teaching in a lot of film institutes. But even his personal life is no less than a Bollywood movie and that’s what we are discussing today. The actor’s name was attached with a lot of Bollywood actresses but some of the renowned names include Nutan, Nadim Gamal, Bina Ramani, Mumtaz, and his two wives, Geeta Bali and Neila Devi. Well, the most beautiful and romantic chapter from his book of love is about his marriage with his first wife, Geeta Bali. 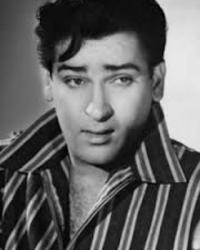 Starting from scratch, back in 1995, Shammi Kapoor signed the film, Miss Coca Cola, which is directed by one of his closest friends, Hari Valia. The actress starring opposite him in that film was none other than the beautiful sardarni, Geeta Bali and it was Hari Valia, who introduced them professionally in a hero-meets-heroine routine. At that time, Shammi Kapoor had shown his professional side and wasn’t thinking about impressing her with his trademark one-liners. There wasn’t a lot of interaction between the two at that time and it was during the shooting of their second film together in 1956, Rangeen Raaten. (Don't Miss: Shashi Kapoor's Mother Wanted To Get Rid Of Him Before His Birth, Here's What She Used To Call Him) 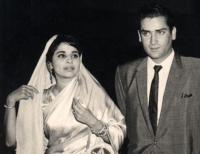 Well, not a lot of people know this but Geeta Bali’s cameo was more of a gatecrashed thing and wasn’t even in the plans of the director earlier. But their story was already written in the stars, so after a couple of casual meetings in the valleys of beautiful Ranikhet, something had started developing in-between them. However, it’s extremely difficult for even Shammi Kapoor to pin-point that very moment when he felt something for Geeta Bali in his heart. But still, in one of his older interviews, the actor had picked one incident that he thought had played a crucial part in their love story. Shammi Kapoor had revealed the incident, “I can't point to the exact moment when I fell in love with Geeta. I guess it was a small incident involving a tiger that did it. I had been pining away for a tiger that had given me the slip. Geeta kept patting my knee and saying, 'Don't worry Shammi, you'll find him.' One night, we were returning to our hotel after dinner. Geeta was in a jeep ahead.”

Going further in his statement, the actor had revealed that he fell in love with Geeta’s courageous attitude, as he had further stated, “As I turned the corner, I saw her jeep parked midway on a bridge and she was on the bonnet doing a strange sort of jig. I ran to her in panic. 'It's that tiger, Shammi, your tiger. It just went this way. Get your gun,' she was yelling out. I was speechless. There was a wild tiger on the prowl in the vicinity and this woman was doing a jig on the bonnet of her jeep in celebration. She just wasn't scared. So how could I help it? I fell in love with her. Madly. I still remember the day. It was April 2, 1955.” (Also Read: Raj Kapoor's Love Life: Krishna Kapoor Left The House Once Because Of His Affair With Vyjayanthimala) 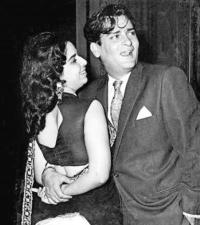 Since then, there was no looking back for the couple as they kept on meeting with each other and had created a beautiful relationship. But Shammi Kapoor had a lot of questions in his mind when he thought about introducing Geeta Bali to his family. The actor was concerned about the reaction of his father, Prithviraj Kapoor, and brother, Raj Kapoor, because of the fact that Geeta Bali had already worked with Prithviraj Kapoor in the film, Anand Math (1952) and with Raj Kapoor in Bawre Nain (1950). On top of this, the actress was one year older than Shammi Kapoor but the biggest hurdle was to convince Geeta to be a part of his grand family. Despite, Shammi Kapoor’s constant efforts, Geeta kept on saying ‘no’ to him because of his pragmatic approach. 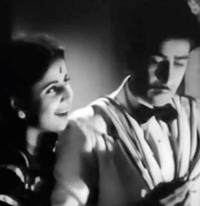 At that moment, God took the ultimate test of Shammi Kapoor’s love for Geeta as he used to propose her once in every few hours of a day but Geeta relentlessly kept on turning him down and down. There’s no denying the fact that, Shammi Kapoor had the chance of moving on with the thought that ‘they weren’t meant to be together’. But the actor took it as a challenge and for almost four months, he kept on proposing her again and again and again. After which, in the end, all those sleepless and teary nights had received the ultimate prize on August 23, 1955. 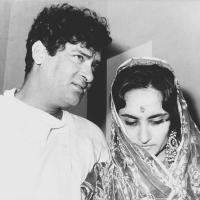 Brace yourself, because from here you’re going to read one of the most dramatic real-life loves stories ever. So, Geeta and Shammi were living at Juhu Hotel, Mumbai and just like his hundreds of proposes already, Shammi Kapoor had casually proposed her once again. The actor was prepared for the answer but what Geeta said simply turned his mind upside down. The actress finally after a wait for four and more months said that ‘OK Shammi, let's get married. But it's got to be now.’ Confirming what she had just said, Shammi repeated his question and Geeta had replied saying "Yes, just now... or it may never happen." Hearing this, the legendary actor took to his car with Geeta and drove to their common friend, Johnny Walker’s house for some instant marriage ideas. But the legendary comedian had stated that we are Muslims and just need a kazi for a nikkah but both of you are Hindus thus you need to go to a temple and bring a pujari too. (Must See: Asha Parekh Reveals The Name Of The Only Man She Ever Loved And Why She Never Got Married) 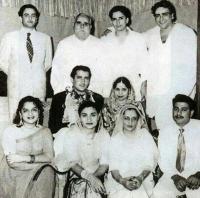 Agreeing to the suggestion of Johnny Walker, Shammi Kapoor and Geeta Bali had decided to seek the help of the person, who had introduced them, Hari Valia. The director was one of the closest friends of Shammi and had taken the couple to Banganga Temple of Nepean Sea Road at South Bombay. The dawn was over their heads, with Geeta in salwar-kameez and Shammi in his kurta-pyjama took the seven pheras. The temple’s pujari was reading the holy rites and after some moments, the two were declared ‘wife-husband’ by the pujari. After which, Geeta did an extremely romantic thing as she had taken out her lipstick from her purse and had asked Shammi Kapoor to apply this like sindoor on her maang. Finally, Shammi Kapoor’s resilience paid off as Geeta Bali became his wife for life. After which, both the families had accepted the newly-wedded couple with open arms. Since, Shammi Kapoor’s marriage with Geeta Bali, his career had taken a giant jump and he was on the road of becoming one of the superstars of the Indian Cinema. 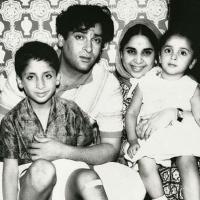 In the year 1956, Shammi Kapoor and Geeta Bali had embraced parenthood for the first time as they had become proud parents to Aditya Raj Kapoor and Kanchan Kapoor, respectively. But in January 1965, Geeta Bali fell ill on the sets of one of her films. The actress was diagnosed with smallpox and was admitted to a nearby hospital for some days. But on January 21, 1965, Geeta Bali had departed from this world which had left her husband, Shammi Kapoor devastated for many years to come. The actor had sleepless nights but the call of the moment was that his young children, Aditya and Kanchan desperately needed a mother. The Kapoors had started searching for a potential bride for Shammi. And it was his sister-in-law, Krishna Kapoor (Raj Kapoor’s wife), who thought that Neila Devi, sister of Shammi’s friend Raghuvir Singh would make the best wife for Shammi and a doting mother for his children, Aditya and Kanchan too. After a series of discussion, the families had agreed and on January 27, 1969, Shammi Kapoor and Neila Devi had tied the knot. (Also Read: Shashi Kapoor's Tragic Love Story: Once A Superstar, Who Went Into Depression After His Wife's Death)

However, in an interview, Neila Devi had openly revealed that Shammi Kapoor was a caring husband but she knew that she would never be able to receive the same kind of love that Shammi used to offer to his first wife, Geeta Bali, as that was something different, something special. Well, if you would've given the same chance by your lover, will you've followed the footsteps of Shammi ji or not? Let us know. 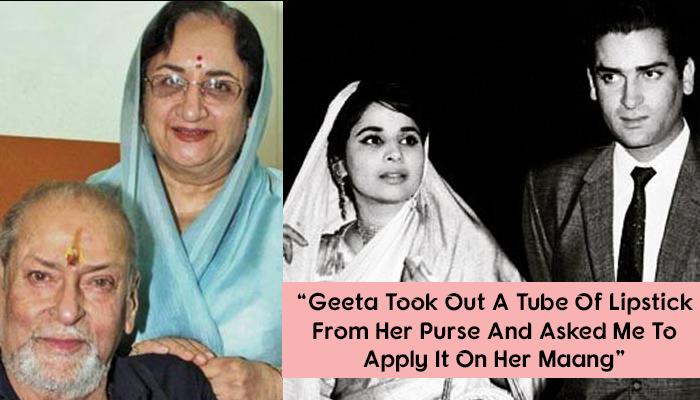 Shammi Kapoor was one of the legendary actors of the Indian cinema. From the mid-1950s and mid-1970s, he was a superstar unparalleled. His acting style and the way he brought exuberance in his characters has, even till today, not found a match. Recommended Read: Raj Kapoor's Love Life: His Wife Once Left