Preity Zinta might have had been in many relationships and some difficult ones too, but in the end, she found someone, who was 'Goodenough' for her to see her forever with! Let's take a look at the list of men, who were a part of Preity's life.

For an industry that has given the world some of the greatest love stories of all time, it’s ironic to see so many love havens crashing down every other night. Showbiz, glamour and fame have many times taken over love, and the numerous failed celeb relationships we read about, are a testimony to this statement. Breakups and patch-ups have become a usual part of the headlines. However, our heart beams with joy when our favourite celebs find their forever love. Preity Zinta's love life had seen many ups and downs, only to reach its perfect destination.

One chapter from the book of Bollywood’s failed relationships is that of our beloved, Preity Zinta. Every time a new love knocked on her door, Preity had embraced it with all her faith, trust and love. Only to realise that destiny had something else or shall we say, someone else written for her. Let’s take a look at the list of men, who were a part of Preity Zinta’s life. 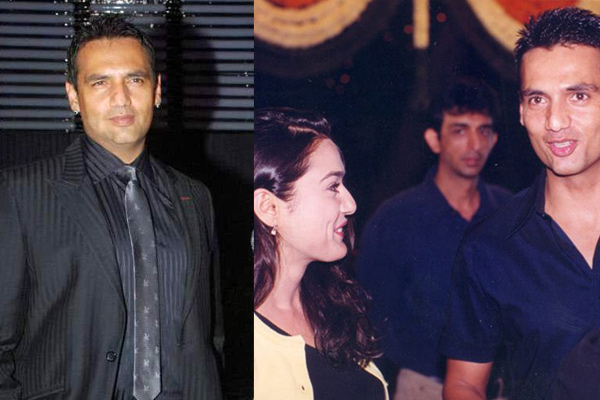 Even though there was never any kind of official confirmation from the couple, it was reported by many sections of society that Preity Zinta and actor-model, Marc Robinson were more than "just good friends". It was before she had ventured into films that Preity had met Marc for modelling assignments and sparks had flown between the two. Just like their affair, their break-up, too, remained heavily speculated. Though we never really got to know the reason behind their split, Preity had always spoken highly of Marc and how he had helped her in making her way into the industry. Once she had also shared that she had some fond memories of Marc and would like to keep it just that way. 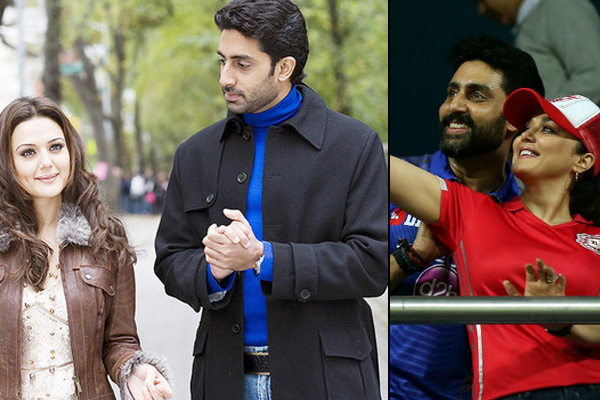 Grapevine was abuzz with the news of Abhishek Bachchan and Preity Zinta’s sparkling chemistry not just on sets but off the sets too. Their camaraderie in films like Kabhi Alvida Naa Kehna and Jhoom Barabar Jhoom was noticed by many. However, when asked about the relationship, both Abhishek and Preity had always said that they were the best of friends in the industry.

Recommended Read: Divya Dutta's Love Life: From A Broken Engagement To Going On Dates And Being Single At 44 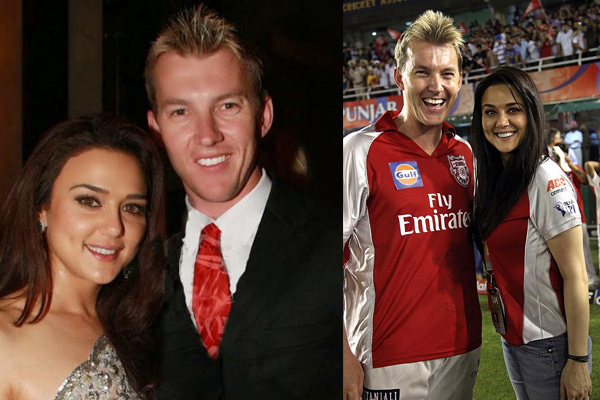 The Australian cricket star, Brett Lee, was once rumoured to have dated Preity Zinta for a brief period. Though Preity had always denied the news, Brett was quite outspoken when it came to expressing his feelings for the bubbly actress. Time and again, Brett and Preity were seen enjoying secret dates in Mumbai. In his interviews, Brett had shared that he had found Preity to be a really lovely girl and was someone whose work he had totally loved. 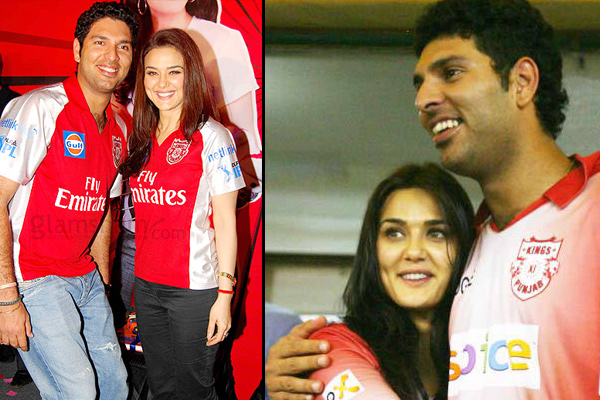 Yuvraj Singh and Preity Zinta’s camaraderie had started giving fodder to the gossip mills ever since the duo had come together during the IPL (Indian Premier League). Yuvraj was the star batsmen of Preity’s KXIP (Kings XI Punjab) team. Pictures of them celebrating their wins and enjoying some quality time together had started making headlines. However, both of them had always denied the news of any such link-up. In fact, when the news of their affair had broken out, Preity had said in an interview with DNA:

“I am a private person. I am amazed when I see so much being written about my life, without being confirmed by me. It has stopped bothering me, but there are a few things which I have taken to heart. When I was linked with Yuvraj Singh and Brett Lee – I will never forget that. They are my brothers. And I have decided to personally visit Lee and Yuvi on Raksha Bandhan and tie rakhis to them.” 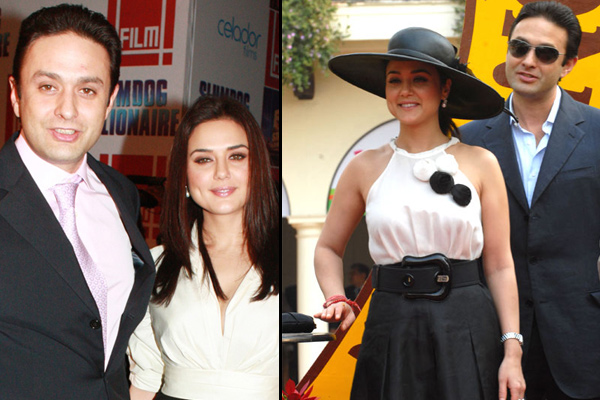 After a few years of being “just good friends”, Preity had made her relationship with the business tycoon, Ness Wadia, official, in 2005. From gala events, matches, to the wedding of Abhishek Bachchan and Aishwarya Rai, Preity and Ness were spotted together everywhere. Holding hands, posing for shutterbugs, occasional pecks on the cheek and some rare PDA moments had kept the media on tenterhooks. In 2008, Preity and Ness had bought the Kings XI Punjab team of the Indian Premier League. And, right when we were all thinking of a fairytale wedding for the couple, their 'too-good-to-be-true' relationship had hit rock bottom. In 2009, Preity had accused Ness of physical molestation and mental torture. The first alarming sign in their relationship had come when Ness Wadia’s mother, Maureen, had reportedly said:

Preity and Ness had parted ways in 2009 after Ness Wadia had allegedly slapped her at a party. Owing to a few more unresolved differences, they had headed for splitsville but never spoke about it publicly. 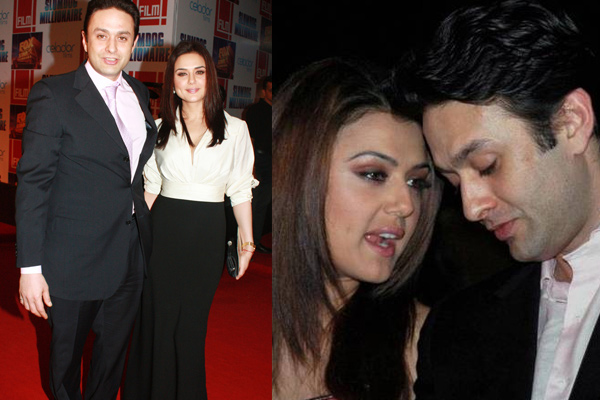 Later, things had taken an ugly turn for the couple when Preity had filed a case of abuse and harassment against Ness in 2014. The news had spread like wildfire and had grabbed headlines for many days. In her complaint, Preity had alleged:

“For some time we have ended our relationship. Although we are the co-owners of our team 'Kings XI Punjab', but we are no longer in a relationship and only talk for professional reasons and work. During that time he tried to abuse me and used extremely derogatory language and tried to behave in a manner where I was put to shame in front of my colleagues, friends and family."

Preity had also added that she had verbally warned him several times but was repeatedly embarrassed by his continuing behaviour towards her, especially in public. She had mentioned:

"I say that Ness Wadia has gone to the extent of threatening me with dire consequences and intimidating me by boasting of his political clout and connections. Mr Ness Wadia had intimidated me by saying that he could make me disappear as I was a nobody and only an actress and he's a powerful person. I say that I have been tried to be very normal and nice to him as I wanted peace in my life, but the recent afore-stated incident in Mumbai at the Wankhede stadium has left me shattered and fear for my life."

Ness Wadia had filed a counter case on Preity, and the duo had dragged each other to court. Later, in 2018, Ness had apologised to Preity, and she had withdrawn the case. While Preity Zinta was fighting the case against Ness Wadia, she had mentioned some of his friends as witnesses. As per many reports, Gene Goodenough was one of Ness’ close friends, who had decided to stand by Preity during that trying phase. Bitten in love many times, soon Preity and Gene had decided to make their relationship official. Although the duo had kept their marriage plans and venue a secret, media had kept running stories on Preity’s impending wedding with someone she had referred to as a “happy space with a happy guy” from LA.

On February 29, 2016, Preity had tied the knot with Gene in a private ceremony in LA. The ceremony was attended only by their family and close friends like Sussanne Khan and Surily Goel. Preity and Gene had hosted a lavish reception for the industry friends in Mumbai, which was attended by the crème la crème of the society. After 2 years of marriage, Preity had finally decided to add on her husband, Gene's initial to her name and had updated it to 'Preity G Zinta'.

On November 18, 2021, Preity Zinta had announced the biggest good news of her life. Sharing a picture with her husband, Gene Goodenough, Preity had revealed that the couple had got blessed with twins, a son and a daughter and had revealed their names to be Jai and Gia. Expressing her excitement on the new journey of her life, Preity had written:

“Hi everyone, I wanted to share our amazing news with all of you today. Gene & I are overjoyed & our hearts are filled with so much gratitude & with so much love as we welcome our twins Jai Zinta Goodenough & Gia Zinta Goodenough into our family. We are very excited about this new phase in our lives. A heartfelt thank you to the doctors, nurses and to our surrogate for being part of this incredible journey. Loads of love and light - Gene, Preity, Jai & Gia.” 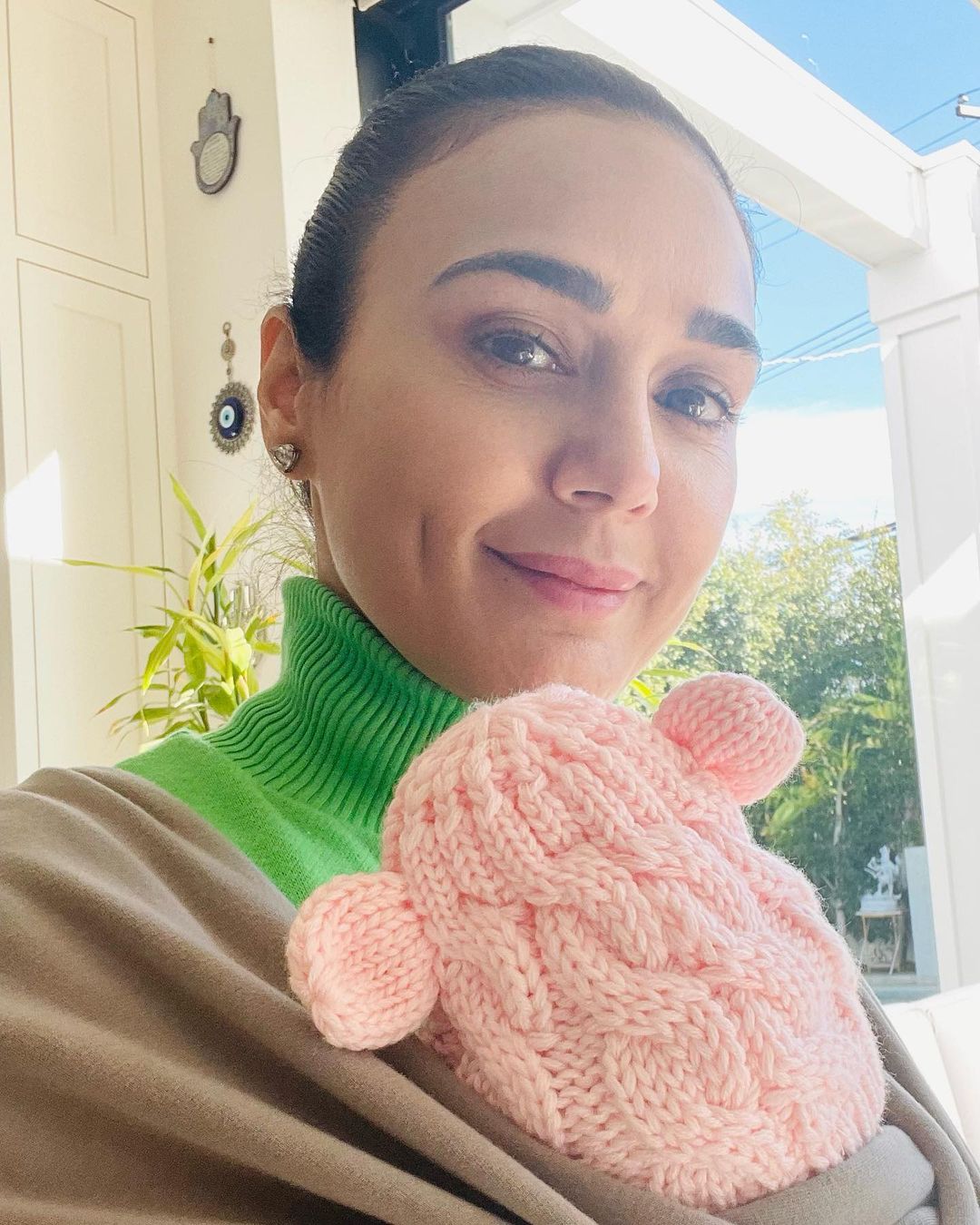 Well, as they say, you have to kiss many frogs to find your prince charming. Preity Zinta might have had been in many relationships and some difficult ones too, but in the end, she found someone, who was 'Goodenough' for her to see her forever with! We wish Preity and Gene a life full of happiness and unconditional love!

Next Read: Tragic Life Of Rekha: From Being Molested At 15 To Falling In Love Multiple Times Only To Be Single