From Copyright Act controversy to marital affairs, Sonu Nigam has faced a lot in his life. Check out all the lesser-known details about his personal life.

Sonu Nigam is a popular Indian playback singer, and is known as the 'Elvis Presley of India'. Being a versatile singer, he had received huge success, both in Bollywood and the Indian music industry. Sonu Nigam has become a household name and he continues to win hearts with his gifted voice.

Also regarded as the Lord of Chords, Sonu Nigam ruled millions of hearts with his beautiful voice and pleasant personality. He has given countless soulful tracks like Dard from the movie, Sarbjit and Abhi mujh me Kahin from Agneepath. While the singer continues to strike a chord in his fans’ hearts, his admirers adore and respect him wholeheartedly. So, here are a few lesser-known facts about Sonu Nigam and his personal life.

Late Actress, Vidya Sinha's Love Life: Marrying Her Neighbour To Being Abused By Her Second Husband

Recommended read: Sunny Deol Opened Up About Why His Mother, Prakash Kaur And Wife, Pooja Deol Keep A Low Profile 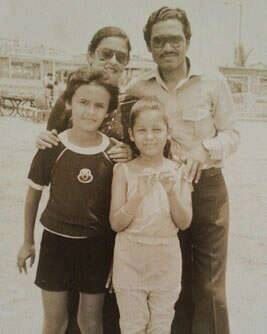 His father, Agam Kumar Nigam and his late mother, Shobha Nigam, were both singers. Since his father was a Kayastha and his mother was from Garhwal, they had a love marriage. Singing had come naturally to him early in his childhood, as he would see his parents perform on stage at weddings and ceremonies. So, he would listen to them and start singing with them. 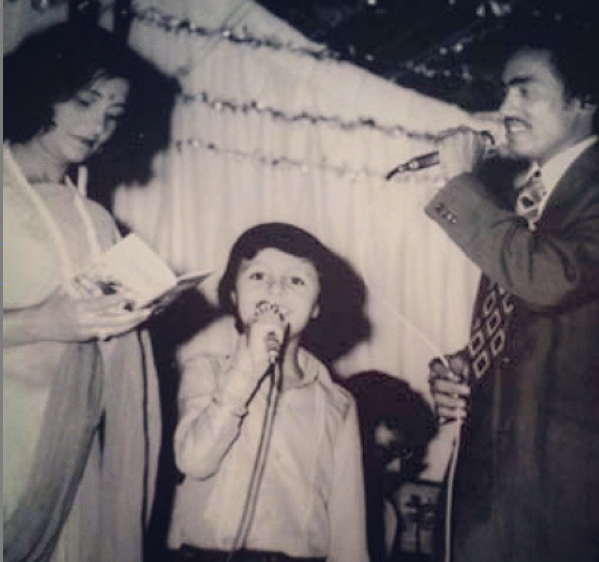 Sonu Nigam was not from a rich family, so he made the most out of what he had. His parents couldn’t afford to buy him a guitar or tabla, so he used to practice on a bench. Moreover, his childhood days were all about studies, riyaz, performing on stage and practising the harmonium. As a child, Sonu Nigam was trained by Indian classical singer, Ustad Ghulam Mustafa Khan. At the age of 3, Sonu Nigam gave his first performance on stage. He had sung the popular song, Kya Hua Tera Wada with his father at a live show. 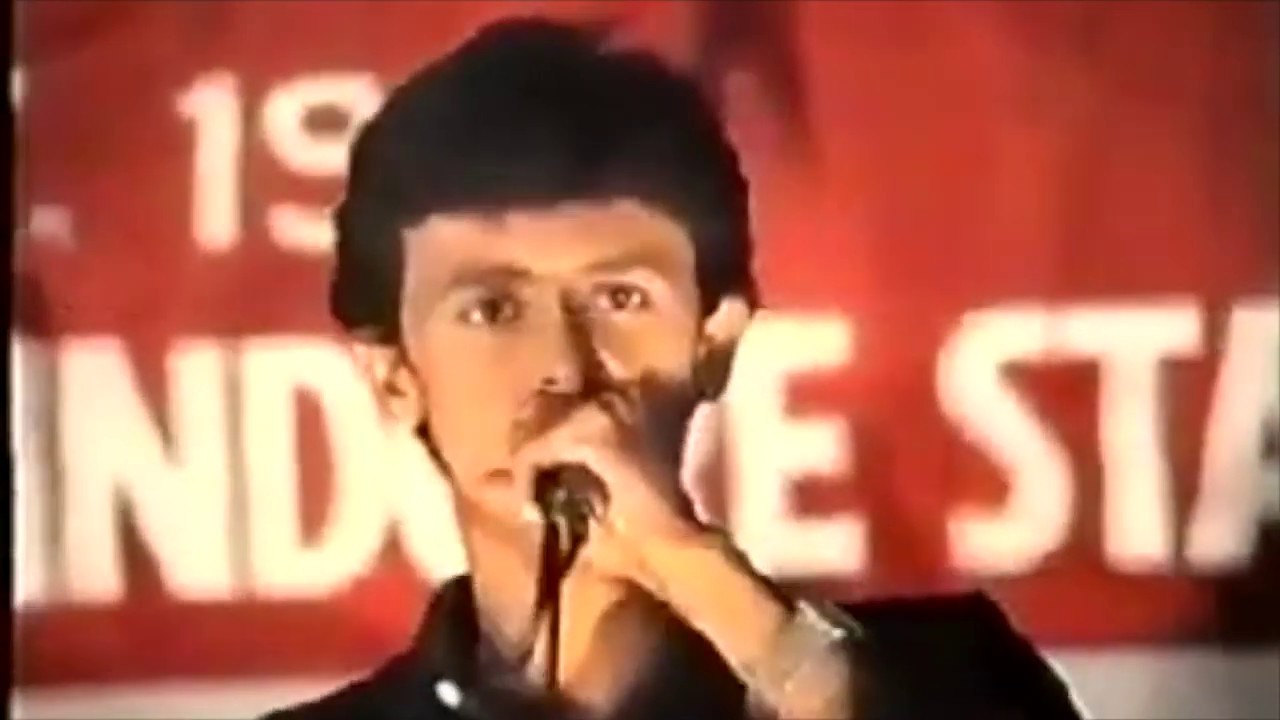 During his initial struggling days, he landed in Mumbai at the age of 18 and used to drive a rickety scooter. His competitors at that point were legendary singers like Kumar Sanu, Udit Narayan and Abhijeet, who were almost twice his age. Also, music composers didn’t use to jam with newcomers easily at that time. So, he would spend several hours sitting on shoe racks, to meet music directors. Sonu Nigam had got his first break in 1990 for the movie, Janam. However, the movie had never been released. Though he had put his full faith in the T-series contract, his songs had got rejected. However, T-series owner, Gulshan Kumar, was so impressed by his talent, that he had given Sonu a singing contract for his project titled Bewafa Sanam. His song, Achha Sila Diya Tune had become a hit and people had started recognising the talented singer. And this is how Sonu Nigam had got fame in Bollywood as a playback singer and he had become a singing sensation.

Also read: Poonam Dhillon's Love Life: She Had An Extra-Marital Affair To Teach Her Cheating Ex-Hubby A Lesson 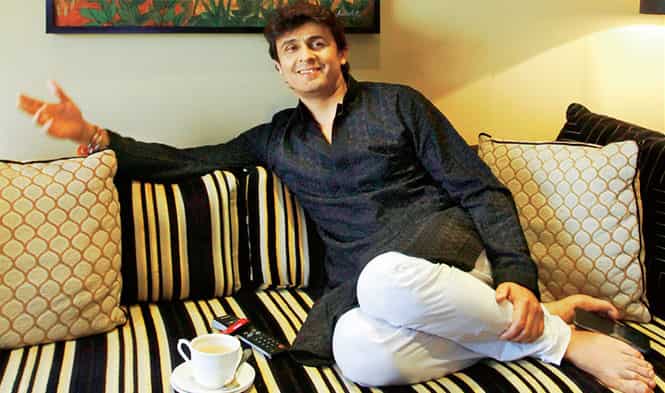 Besides singing, Sonu Nigam also tried his luck in acting and had played pivotal roles in movies like Jaani Dushman, Love in Nepal and Kaash Aap Humare Hote. However, his acting skills failed to impress the audience. 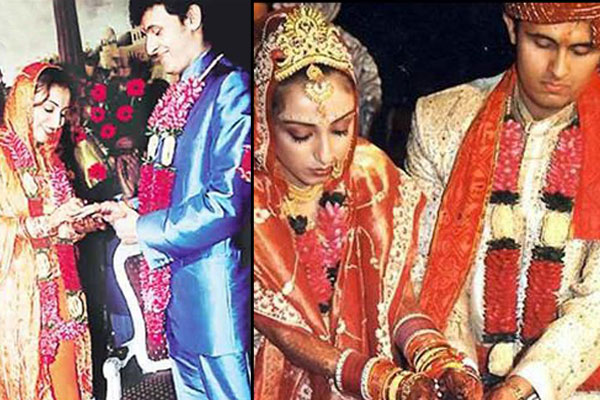 Sonu Nigam had met the love of his life Madhurima, who was 5 years younger than him at a programme on December 24, 1995. After that meeting, the duo had interacted with each other frequently and had fallen in love from head to heels. However, even though Madhurima was a Bengali and Sonu Nigam was a Brahmin, the two decided to finally tie the knot. On February 14, 2002, a lavish engagement ceremony had taken place. The duo had led a happy and content life, and had embraced parenthood with the arrival of their son, Nevaan, in 2007. Once Sonu had said that Madhurima is an ideal wife for him. He always wanted someone who would take good care of the house and his family while he was away on music trips. He has found that in Madhurima, who is caring and loving and who dotes on Nevaan. 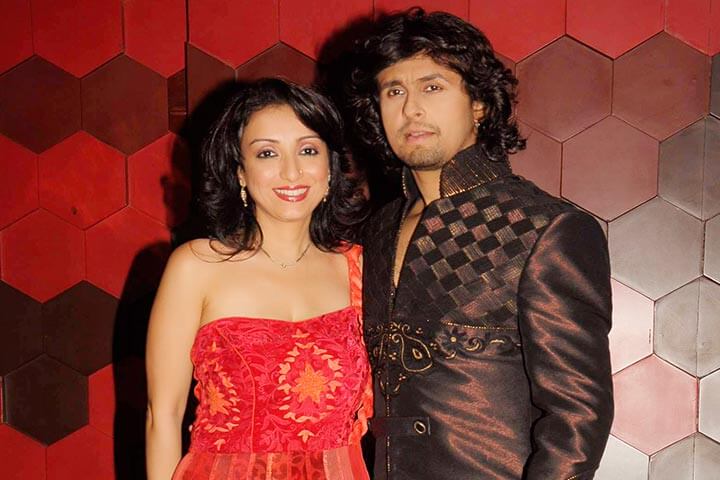 Around 2005, Sonu Nigam and his wife, Madhurima had faced some marital problems and had hit the headlines. There had been rumours about their split and media had come up with two possible factors for the same. While one of the reasons was infidelity, the other was rumours about Sonu dating two other women. According to the reports, the singer had been dating his fellow singer, Sunidhi Chauhan, and Smita Thackeray, who was the wife of Jaidev Thackeray. However, Sonu had never addressed these rumours and had continued to live separately with his wife under the same roof. Unfortunately, in his 12 years of marriage, he had gone through some serious issues. However, the two are still together and are proud parents of their son, Nevaan.

Also read: Dharmendra Converted To Islam To Marry Hema, As His First Wife Refused To Divorce Him 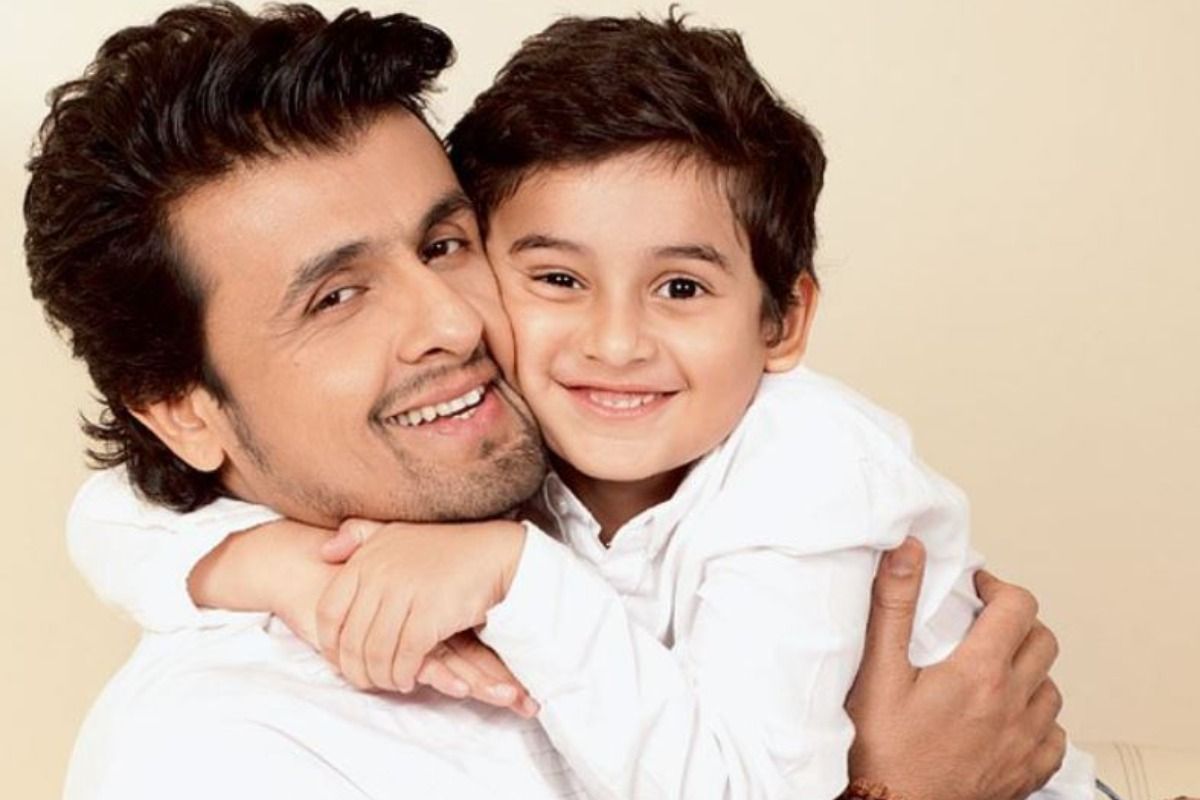 His son is a calming influence and keeps the family together. Sonu and his wife, Madhurima stick together and fulfil their responsibilities towards their family. Once in an interview with a leading daily, Sonu had said that if it wasn’t for his son, he would be on a completely different orbit. He had shared:

“If it wasn’t for my son, I would probably have – very respectfully and without any negativity – told my wife that it isn’t working out. But our beautiful son wants his parents together. My wife is a wonderful human being, but people grow apart. I would work six months and then go for six months to my mother’s village in the Himalayas perhaps.”

Some interesting facts about Sonu Nigam 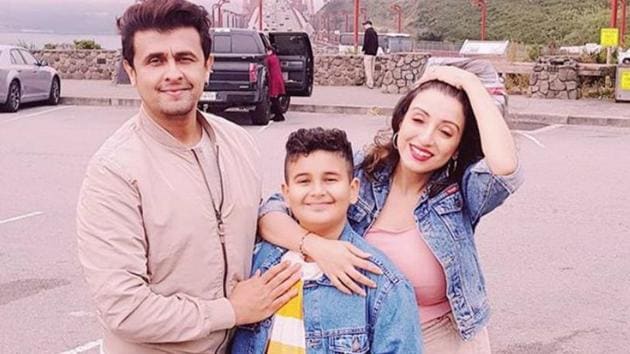 Sonu Nigam’s wife, Madhurima Nigam owns her couture label ‘Madhurima Nigam’. She has even personally designed outfits for Sonu during his concerts, TV shows and other events. Sonu Nigam’s six-year-old son, Nevaan, was just two when he had sung for Lata Mangeshkar’s album Sarhadein in 2011. Interestingly, while Sonu had begun singing at four, his son, Nevaan started even younger. 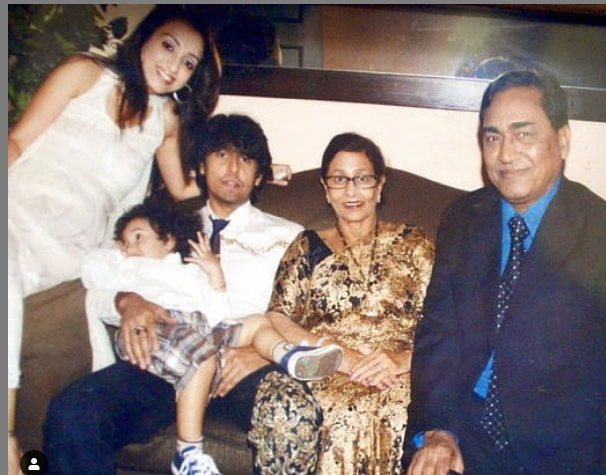 Following his numerology beliefs, Sonu Nigam had changed his name to Sonu Niigaam, but later shifted to his birth name again. He shared a warm bond with his mother who passed away in 2013 because of cancer. His mother’s disease and her eventual death had left him shattered. Sonu used to be the life of the party, but his mother’s demise changed him as a person and had taken away that party animal from him. 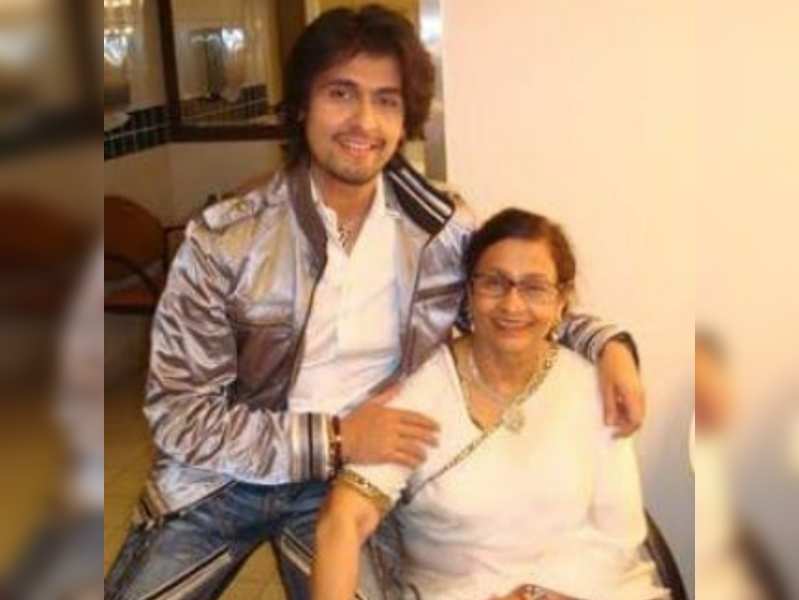 Also read: Ramayan's Manthara, Lalita Pawar's Life: From An Accident To How Her Sister Became Her 'Sautan' Being a versatile singer, Sonu Nigam can sing every genre that the other singers can sing. From ghazals, semi-classical to high-pitched romantic songs and English songs, Sonu is the master of all arts and works hard to stay versatile. On July 30, 2020, Sonu Nigam had launched his own music label titled ‘I believe in Music’ and the first track that he released under his label was Rudhrashtakam. 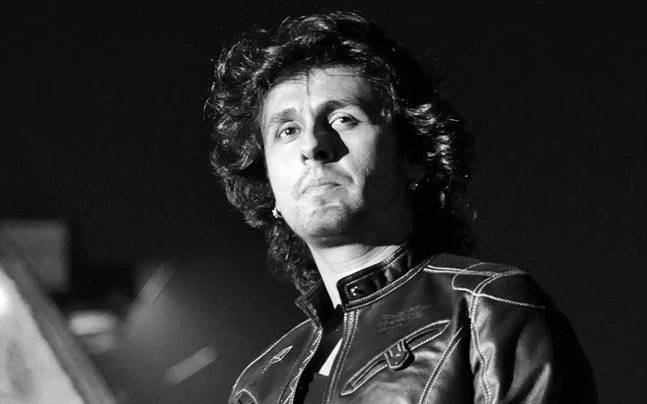 When Sonu Nigam became the face of the Copyright Act controversy, a music company decided to ban him and he didn’t get songs for a couple of months. The song Hangover in Kick, was originally sung by Sonu Nigam, but the company made it dubbed by Salman Khan. Moreover, the song Yeh galat baat hai, from the movie, Main Tera Hero was sung by Sonu Nigam and later, dubbed by Javed Ali. 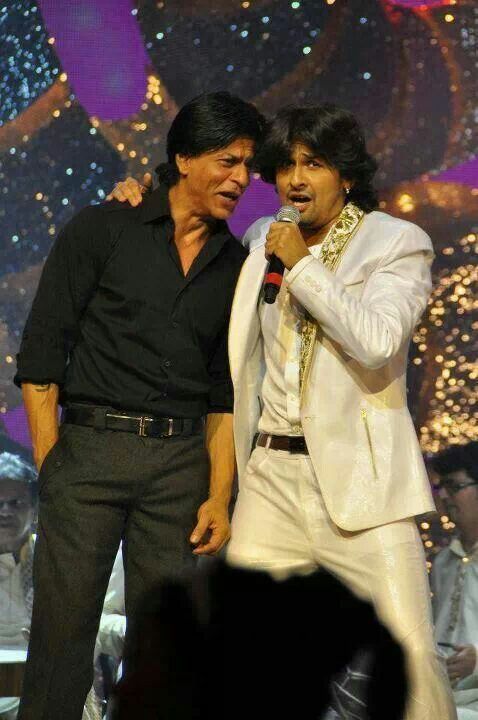 “When I die, I hope the news channels play my song picturised on him from Kal Ho Na Ho: Har ghadi badal rahi hai roop zindagi.” 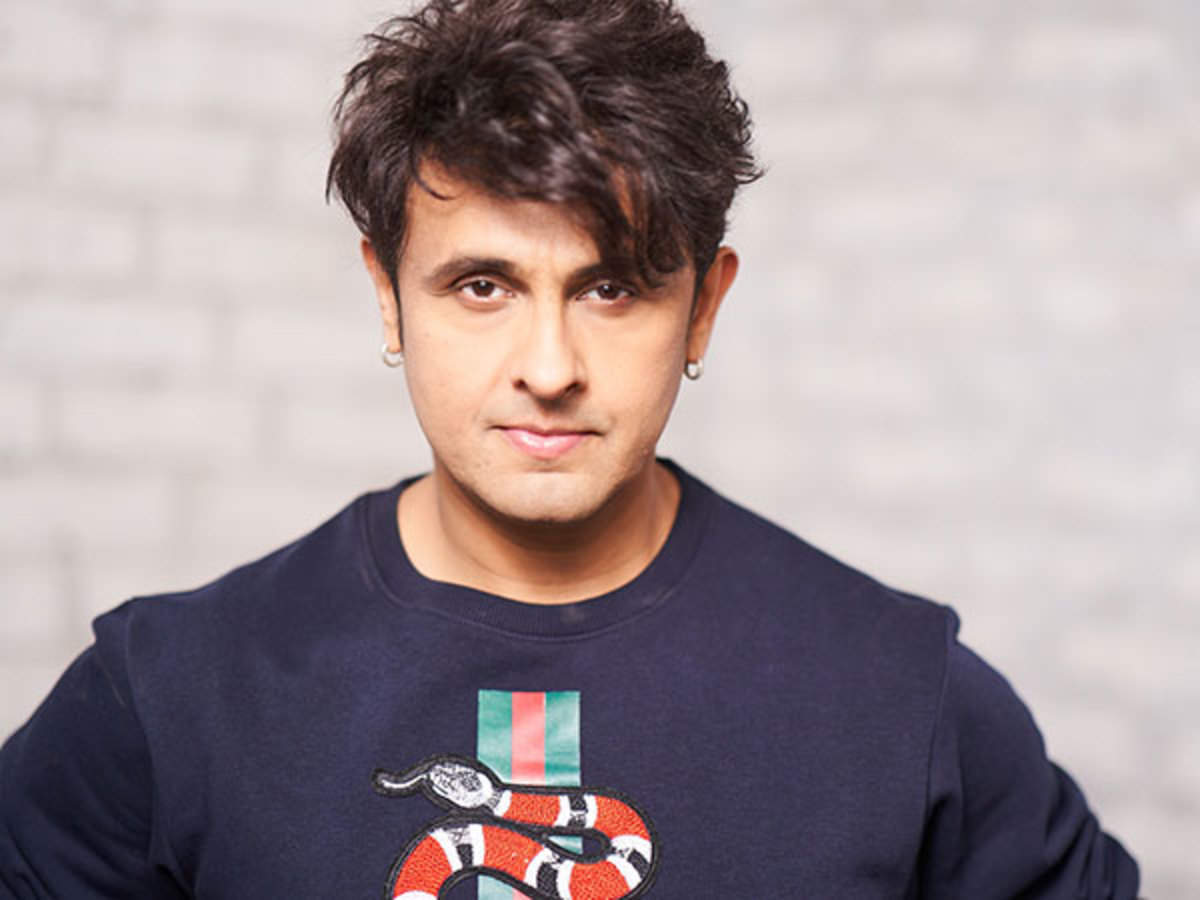 Sonu Nigam follows a flexible schedule and considers sticking to one routine, everyday, boring. He doesn’t have a fixed sleeping routine and spends his night doing riyaz, or watching documentaries on YouTube. Moreover, he is a YouTube fiend. The plethora of information about science, philosophy, history and spirituality available on YouTube, fascinates him. He often spends his entire day watching documentaries.

Sonu Nigam is a true gem of the Indian music industry and we hope he continues to give blockbuster hits in the years to come.

Don't miss: Sara Ali Khan's Net Worth And Her Expensive Possessions Are A Proof Of Her Royal Taste