Poonam Dhillon's Love Life: She Had An Extra-Marital Affair To Teach Her Cheating Ex-Hubby A Lesson

Poonam Dhillon's Love Life: She Had An Extra-Marital Affair To Teach Her Cheating Ex-Hubby A Lesson

From dating a married man to having an extra-marital affair to teach her husband a lesson, let’s dive deep into Miss Young India and 'Noorie' actress, Poonam Dhillon’s love life!

Poonam Dhillon was born on April 18, 1962, to a Sikh family. It was in 1978 when Poonam had decided to participate in the Miss Young India contest. She was only 16 years old when she had won the title and later, went on to become Femina Miss India and had shot to fame overnight. Poonam Dhillon’s first movie was Trishul, which was directed by legendary, Yash Chopra. From her first film till now, she has worked in around 80 movies.

Poonam had realised her potential in the acting world after her film, Noorie in 1979 and had decided to stay in Mumbai to make her career in the Bollywood industry. While her professional life was seeing success, the personal life of Poonam Dhillon too had hit the headlines. From dating a married man to having an extra-marital affair, let’s take a deep dive into Poonam Dhillon’s love life and affairs! 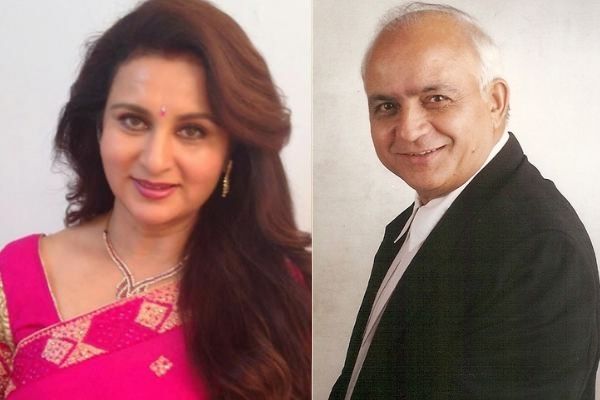 After the success of Trishul, many directors had wanted to work with Poonam, but it was filmmaker, Ramesh Talwar, who had gotten the opportunity to do so. He had always envisioned Poonam as the protagonist of his film, Noorie. He had proposed the idea to Yash Chopra and the movie had started building up. During the course of the movie, Ramesh and Poonam became more than good friends.

It is said that it was Ramesh, who was head over heels in love with Poonam while she always considered him as her good friend. By the early 1980s, the media had started reporting about Poonam and Ramesh’s affair, but the two always rubbished the gossips. Once, during the shoot of Yeh Vada Raha, a photographer had asked Rishi Kapoor to sit closer to Poonam Dhillon, and the late actor had reportedly said:

There were also rumours of Poonam Dhillon and Ramesh Talwar’s secret engagement, and the actress kept quiet for the longest because she did not want to lose on movie offers coming her way. It was also reported that Ramesh had bought a bungalow for Poonam in Juhu. As a source close to Ramesh had said:

“He bought Poonam a home where he thought they both could live happily ever after.”

Poonam Dhillon and Ramesh Talwar’s rumoured relationship had come to an end when a columnist had written nasty things about her and Yash Chopra. It was in the 1980s when Poonam Dhillon had seen the peak of her success. It was also the time when she became friends with the filmmaker, Raj Sippy. Raj and Poonam had met while shooting for a movie. Poonam had fallen for the director, who was already married to someone else. Her relationship with Raj became the talk of the town. Poonam wanted to marry Raj but he wasn't sure about leaving his family for her. Poonam didn't want to play 'the other woman' in Raj's life and parted ways with him. Their breakup had left Poonam distressed for months. 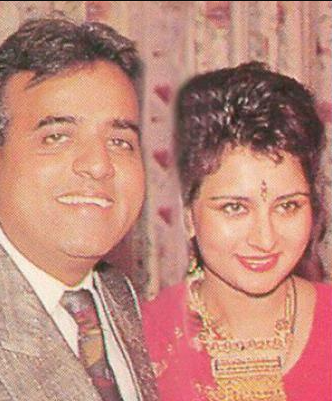 The year 1988 had brought many changes in Poonam's life. She had broken up with Raj and a few months later, she had lost her father. In the same year, she had met her future husband and had gotten married. Poonam Dhillon had met Ashok Thakeria through a common friend, Umesh Mehra, who had invited both to celebrate Holi at his farmhouse that year. She was sitting in a corner as she was mourning the loss of her father and it was then that Ashok Thakeria had noticed her. The producer was mesmerised by her beauty. To cheer up Poonam, he had poured a bucket of water on her. Poonam was taken aback but had liked his gesture. She had found him sweet and considerate and they had spent time chatting at the Holi celebrations. 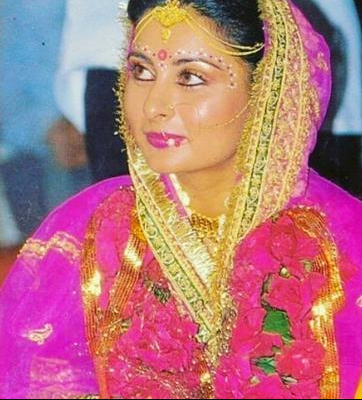 Ashok had started sending flowers to Poonam on an almost daily basis till she had accepted his proposal of marriage. She had even agreed to quit films and concentrate on domestic life. Poonam's well-wishers were apprehensive about her decision as they had thought that it was Poonam's rebound period. According to them, she had taken the decision of getting married in a haste. Poonam Dhillon and Ashok Thakeria had gotten married in the year 1988. Poonam Dhillon and her husband, Ashok Thakeria are blessed with two kids, a son and a daughter. Poonam and Ashok’s son, Anmol Thakeria made his Bollywood debut with the film, Tuesdays and Fridays. Their daughter, Paloma Thakeria is preparing herself for her Bollywood debut. Two years after getting married, Ashok Thakeria had gotten busy with his work and as Poonam Dhillon had taken a break from the entertainment world, she had started missing her career. She had resumed working on the silver screen but that wasn't enough for her. Arguments had begun between them as Ashok was always busy and Poonam had felt that her husband doesn’t care about her. Poonam had once told her friend:

“I don’t feel connected to him the way I used to earlier and I don’t have him to myself even on a Sunday.”

In 1994, Ashok had an extramarital affair and that's when his marriage with Poonam Dhillon actually started to crumble. Poonam had also started washing her dirty laundry in public and had shared the details of her troubled marriage with her friends. Later, to teach her husband a lesson and give him a taste of his own medicine, Poonam had an extra-marital affair with a Hong-Kong-based businessman, Kiku.

Lack of passion, fights, instability and cheating had led to Poonam Dhillon and Ashok Thakeria’s divorce. Poonam and Ashok were officially granted divorce in 1997 and she retained the custody of their two children, Anmol and Paloma.

Poonam Dhillon's business and net worth After facing a rough patch in her life, Poonam Dhillon had picked herself again because the show must go on. She had started her own business while taking care of her children. She had participated in Bigg Boss 3 and has been working in films and TV shows. She has been actively working on social awareness for the causes like drugs, AIDS, family planning and organ donation. In 2014, Poonam Dhillon had launched an event management and production company called, Poetic Justice Films and Entertainment Pvt. Ltd. In 2017, Poonam was appointed as a member of the Film Certification Appellate Tribunal, which is the official body, working on the appeals against the decisions of the Central Board of Film Certification in India.

In 2004, Poonam had joined Bhartiya Janta Party and was appointed as Vice President of the Mumbai unit of the party in 2019. Poonam Dhillon’s net worth is estimated to be around Rs 22 crores!

Poonam Dhillon might have seen the ugly side of life but with her courage and determination, she was able to stand the test of time. She is the epitome of strength and we hope that she sees nothing but the sunshine in her life.