Lesser-Known Facts About Deepti Naval: Losing Her Love To Cancer To Not Getting Roles After Marriage

Here is a list of some of the lesser-known facts about the veteran actress, Deepti Naval.

The veteran actress of the 70s and 80s, Deepti Naval is one of the finest actresses of her generation. She has marked her name in the heart of millions with her stunning work in films like Chashme Buddoor, Katha, Saath Saath, Ankahee, Rang Birangi, Ek Baar Phir, Damul, Kamla, Firaaq, NH10, Hum Paanch, Goldfish and many more. For the unversed, Deepti made her acting debut with Shyam Bengal's film, Junoon, in 1978. Soon, the actress became a big face in Parallel cinema, and since then, she has not looked back.

For those who don't know, Deepti was born on February 3, 1952, to Uday C Naval and his wife, Himadri Naval. Deepti's father wanted her to become a painter just like him. However, the actress chose a different path altogether and joined the film business. Just like this, Deepti Naval has her fair share of facts that are unknown to many. So, let's take a look at some of the unknown facts about the iconic actress, Deepti Naval.

Recommended Read: When Shoaib Malik Had A Telephonic 'Nikah' With A Fan Without Meeting Her And Got Cheated 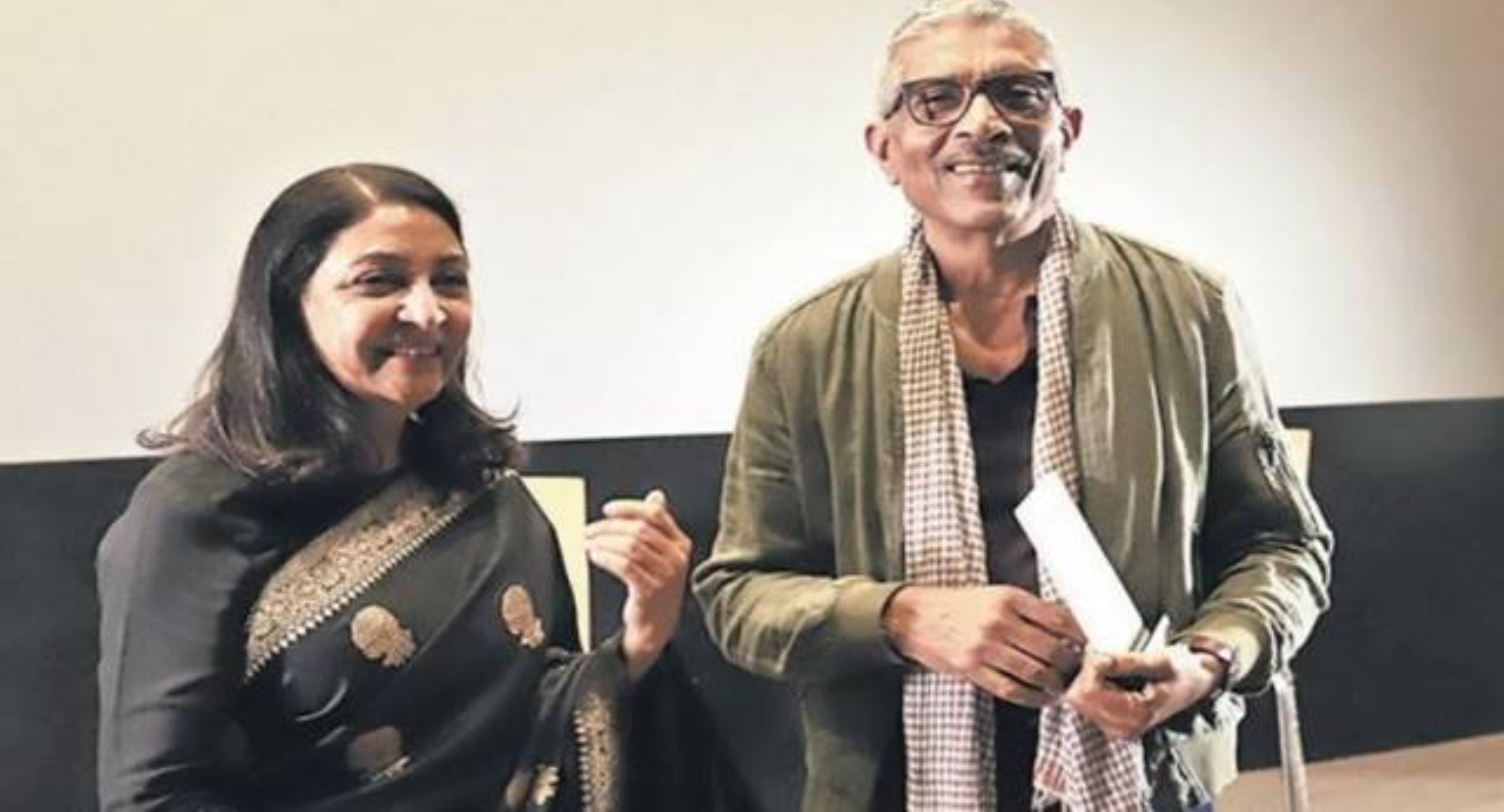 Deepti Naval came to India to start a new journey of her life in the Hindi film industry. However, along with starting a career in films, she even met the love of her life, Prakash Jha and eventually, the duo had fallen in love with each other. For those who don't know, Deepti had got married to popular filmmaker, Prakash Jha in 1985. The duo had even adopted a daughter, Disha Jha. 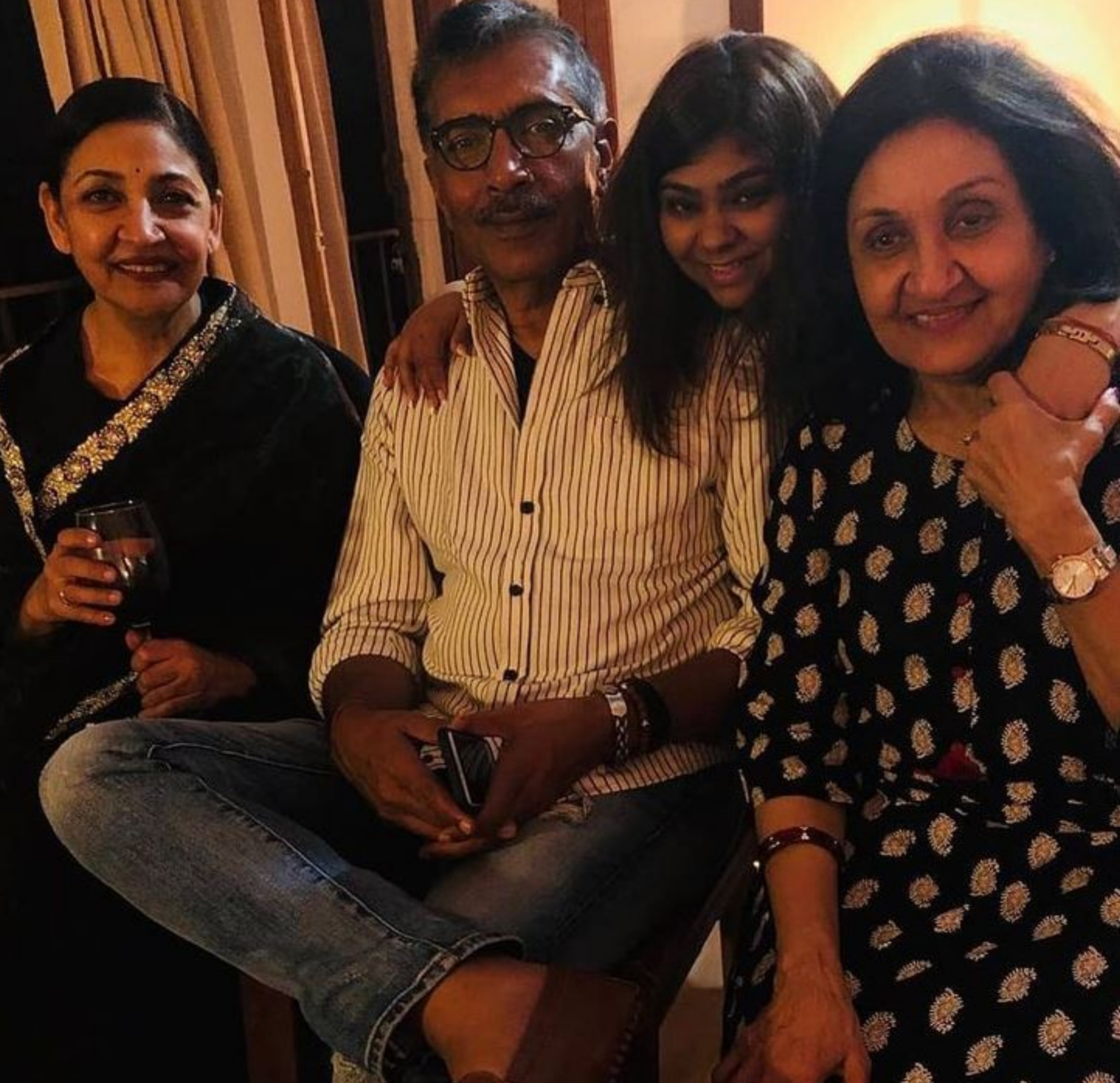 "Prakash ji aur mera kabhi koi jhagda bhi nahi hua tha, there is no bitterness. Back then we had realised we had different paths. While he went to Delhi I stayed back here because my acting world was here. Now if I re-evaluate, I feel agar us time thoda sa waqt de diya hota... I came to India only to act. Had I understood the value of marriage that I realised much later, I would have made more effort. You have a talented and a good person in front of you. At that age my decision seemed right. Now my point of view is different. But I have moved on now. I have the courage to go against the tide and pay for my choices." 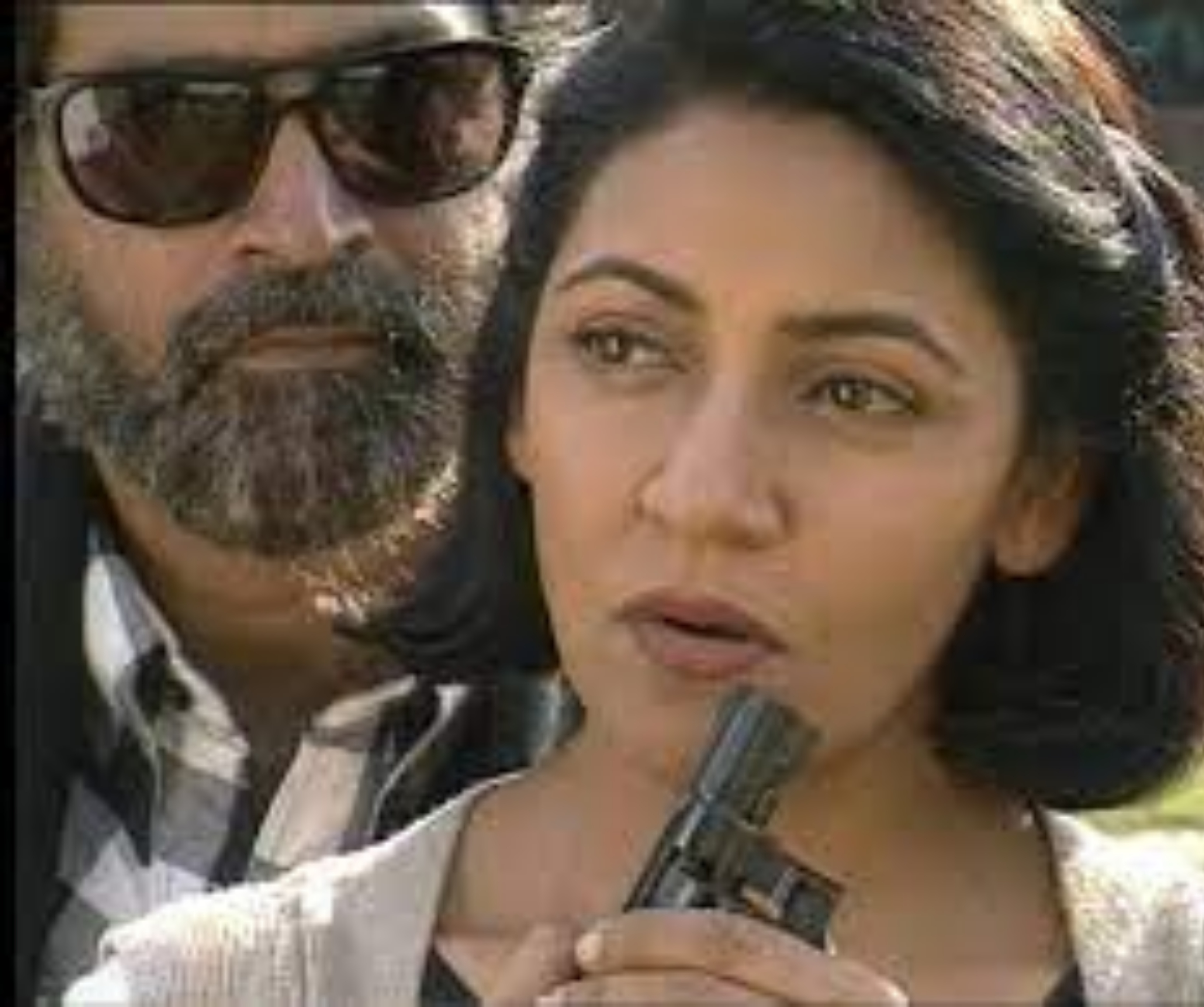 After her separation from her ex-husband, Prakash Jha, Deepti had found love in actor, Vinod Pandit. The duo had worked together in their serial, Thodasa Aasman. However, their happiness was short-lived as Deepti lost Vinod to cancer. Earlier, in an interview with the renowed journalist, Subhash K Jha, Deepti had opened up about her relationship with late actor, Vinod Pandit. Talking about the same, the actress had revealed that she was head over heels in love with him. She even said that Vinod had brought out the best in her. In her words:

"I was completely tied down in my relationship with Vinod Pandit. Even when he fell ill with cancer he brought out the best in me. After he came into my life, I had my first painting exhibition. He also encouraged me to resume photography and to write. He played my husband in my serial Thodasa Aasman. Vinod and I traveled together often. We would go off to the hills of New York. I think I was running away from doing roles like Guddu where I played Shah Rukh Khan's mother. I was in love. He was just as adventurous as me. We would earn some money, spend it on a holiday and come back again. We were engaged for years. We were scared to marry, we didn't want the romance to die out. We both had gone through failed marriages. I had to return to acting to pay for the hospital bills."

Don't Miss: List Of Famous Child Actors, Who Failed To Make It Big In Bollywood Despite Having So Much Success

#3. When Deepti was accused of trading sex racket Once, the veteran actress, Deepti Naval had got into a controversy and fell prey to media conspiracy. It so happened that the actress was interviewing her dear friend, the late actor, Farooq Sheikh on the rooftop of an apartment for the remake of their popular film, Chasme Buddoor. However, the people of the residential society objected to her and warned her. But things turned ugly when the media added mirch-masala into the whole incident and accused her of running a sex racket business.

#4. When Deepti ran away from her house at the age of thirteen Deepti Naval was always fascinated by films. She was so much in love with the cinema that once she actually ran away from her home to visit Kashmir and feel the scenic views that were shown in the films like Jab Jab Phool Khile and Kashmir Ki Kali. Moreover, the actress had talked about the same in her book, A Country Called Childhood: A Memoir. Recently, at the Sahitya Aaj Tak 2022, Deepti Naval opened up about the incident and said:

"I was 13, actually. You can't keep track of where your thoughts go. I had seen a lot of movies at that time whose songs were all picturised in Kashmir. It used to be so dream-like. We used to stay in Amritsar in a walled city and I used to keep dreaming about going to the mountains. So, I decided one day to take off, leave home and live in Kashmir. I took a train to Pathankot, and then I was going to take a bus to Jammu, and then another bus to Srinagar. But I got caught at Pathankot only. The police brought me back to my parents. A complaint was also lodged back in Amritsar."

You May Like: Shaleen Bhanot And Dalljiet Kaur's Divorce Story: From Domestic Violence To Out Of Court Settlement

#5. When Deepti Naval talk about the impact of marriage on her career 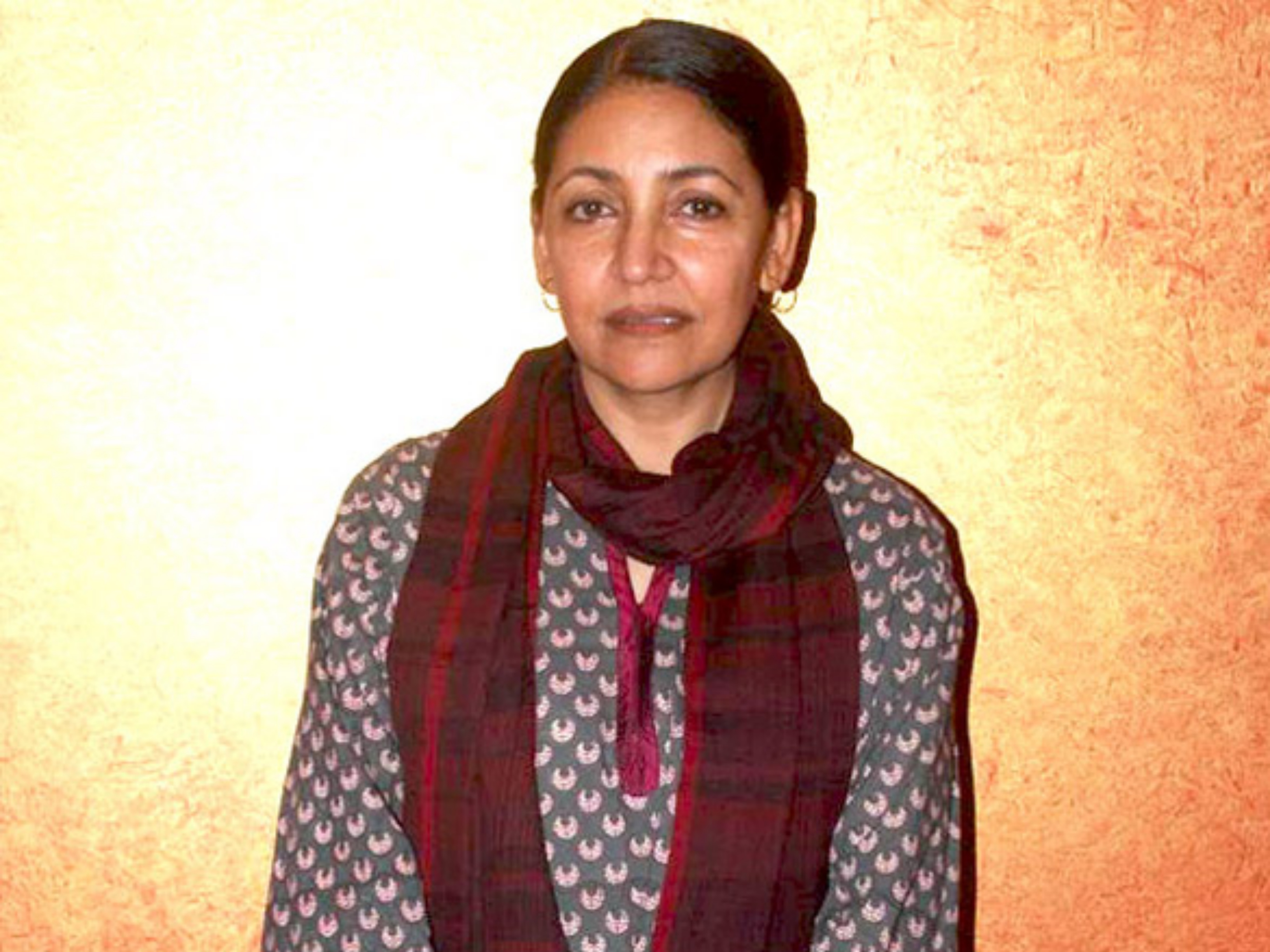 Deepti Naval is known for doing roles which differ from what the other actresses of her generation used to opt. She has gained immense popularity and love for doing films that reflect the real India. With her films like Saath Saath, Ek Baar Phir, Satyakam and others, Deepti had made a name for herself in the world of cinema. Deepti was at the peak of her career when she got married to filmmaker, Prakash Jha in 1985. And at that time, filmmakers did not use to cast married actresses in their films. Hence, Deepti's marriage had taken toll on her career, and eventually, she stopped getting roles. Talking about the same at the Sahitya Aaj Tak 2022, the actress had said:

"I stopped getting roles when I got married. It was as if my talent had been completely washed out. That happened, I went through that phase. There were several years when I had no work. I didn't know what was happening because I always saw myself as an artist. If you don't get to work or create, then who are you? I had to find my way back. That was one of the things that caused me depression." 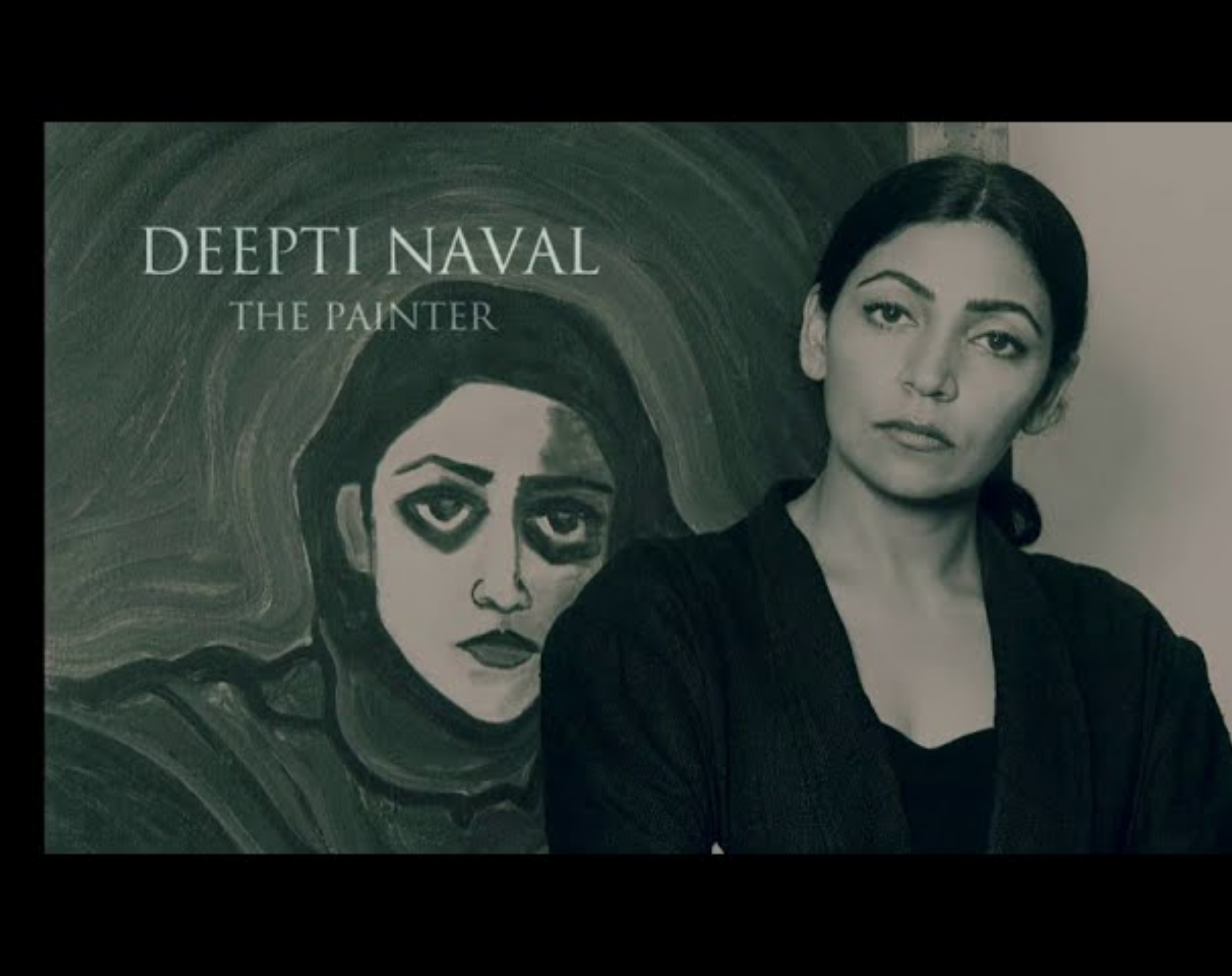 Along with being a great actress, Deepti Naval is also an amazing painter and writer. She has painted some inspiring portraits and landscapes. Her art-work has also been exhibited in Mumbai, Delhi and many other places. Moreover, the actress believes that not films but writing and painting reflect her in real life. Earlier, while talking about the same at an art show in Delhi, Deepti had said:

"People only knew me as Miss Chamko for many, many years. That's such a limiting way of being introduced. On social media, I post and share things that I want people to know. I wanted my fans to know a little more about me. People who like me have loved my movies, and i wanted them to know that I'm not just an actor, there are other aspects to me that I'd like to share. And they could see other sides to me through my work...Film ka kaam doesn't represent me. I represent somebody else's mind and vision, whether it's the director or the actor, through my work. I carry to the public what they have in mind. But writing and painting is me."

Deepti Naval is a true inspiration to many. She has been part of the film industry for more than 40 years now. Even after going through so many ups and downs, Deepti Naval has never stopped believing in herself and entertaining audiences with awe-inspiring films. What are your views on these lesser-known facts about her? Let us know!

Next Read: When Nayanthara's Extramarital Affair With Prabhu Deva Broke His 16-Year-Old Marriage With Latha