Karan Johar is not only an ace filmmaker but also a doting son and a father. Karan’s world is centred around his mother Hiroo Johar and his twins, Roohi Johar and Yash Johar. On March 18, 2018, Hiroo Johar turned 75 and Karan left no stone unturned to make his mother feel special on her big day. Karan took Instagram to wish his mother with a collage of their pictures and wrote, “Centre of my universe and the big love of my life!!! My mom is 75 today!!!” (Also Read: 5 Celebrity Couples Who Did Not Conceive Naturally)

And for the very first time, Karan Johar also shared a family portrait of him sharing the frame with Hiroo ji, Yash and Roohi. Hiroo ji is holding her grandchildren Roohi and Yash Johar in her lap and Karan captioned the picture as, "My family!" 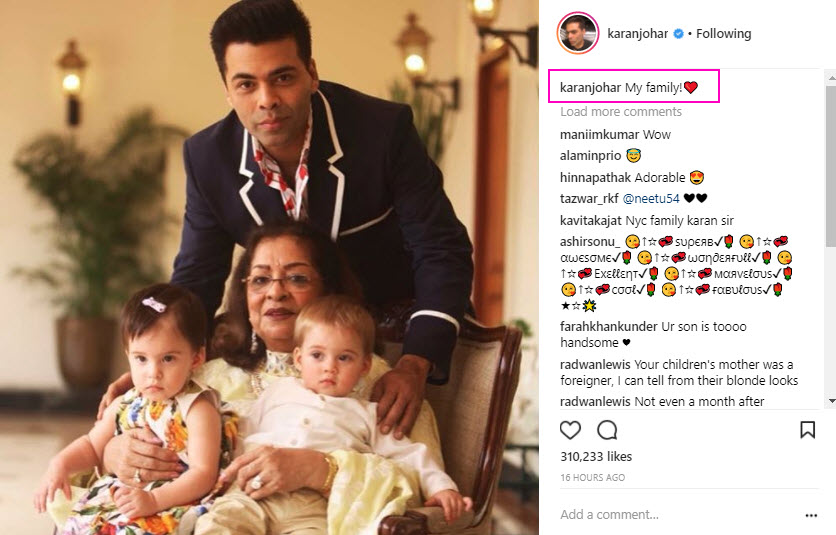 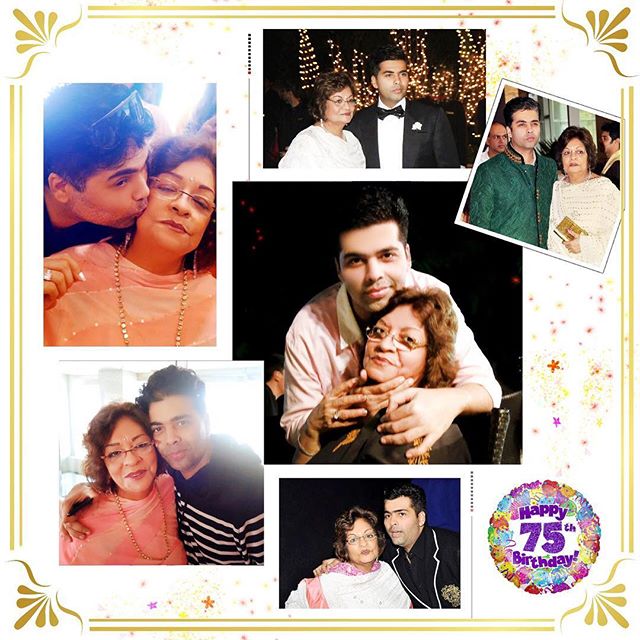 Karan invited his big-wig friends from the industry including Sidharth Malhotra, Manish Malhotra, Shweta Bachchan Nanda, Kareena Kapoor Khan, Kajol and Rani Mukerji to the grand birthday bash. He shared glimpses from the celebrations on his Instagram page and captioned it, “Friends like family”. Hiroo Johar’s birthday invite was designed by Shaadi Squad, and acknowledging them, Karan wrote, “Thank you @shaadisquad for doing this beautiful invite for my mom!!!!” (Also Read: The Latest Picture Of Karan Johar's Babies Yash And Roohi Is All About 'Behena Ka Pyaar') 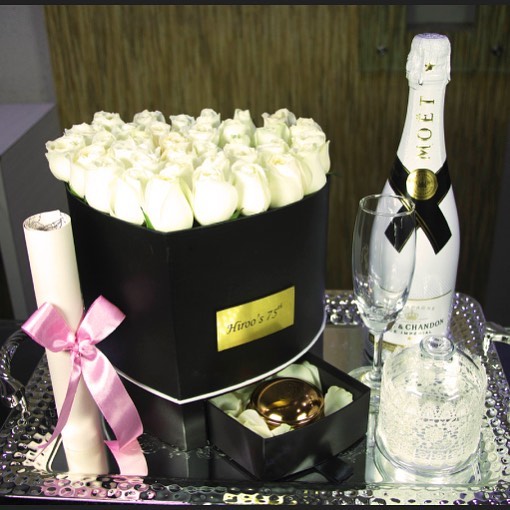 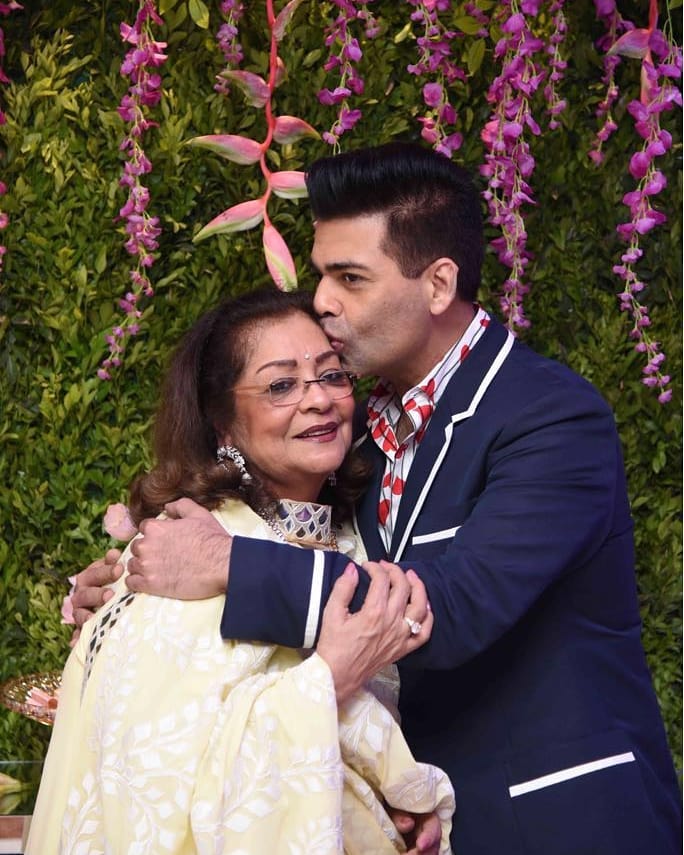 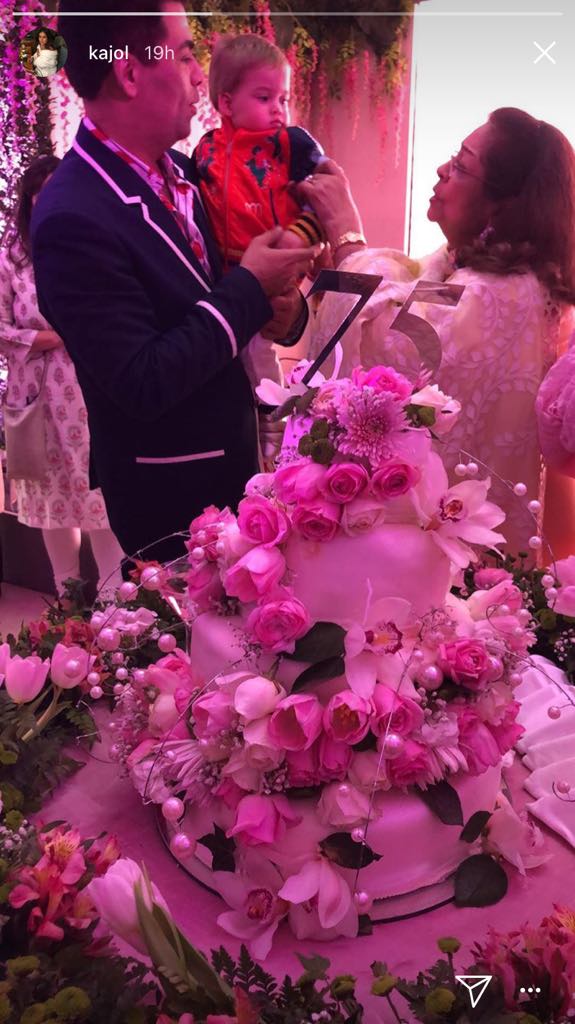 Sonu Nigam was the star-performer for the evening and he involved everyone with his music and all came into the party mood. Hiroo Johar’s friends Lalli Dhawan and Waheeda Rahman also attended the party. While there were many special guests, what managed to grab everyone’s attention is Karan and Kajol have buried the hatchet and came together for this special day. She took to her Instagram story, a picture of Hiroo Johar, Karan Johar and Yash Johar. (Also Read:Karan Johar's Latest Profile Picture On Twitter, Cuddling Yash And Roohi, Is Too Adorable To Miss) About Hiroo Johar’s 75th birthday bash, a source earlier revealed to a leading media daily, “He will be hosting a brunch at a 5-star on Sunday and plans to decorate the venue as well as their residence with different kinds of flowers as his mother is fond of flowers. The menu at the party will comprise of the best of Chinese and Indian cuisine. Karan is also planning a surprise for the cake-cutting ceremony beside shopping for presents." (Also Read: Karan Johar Writes A Heartfelt Letter For His Babies And It Will Bring Tears To Your Eyes) 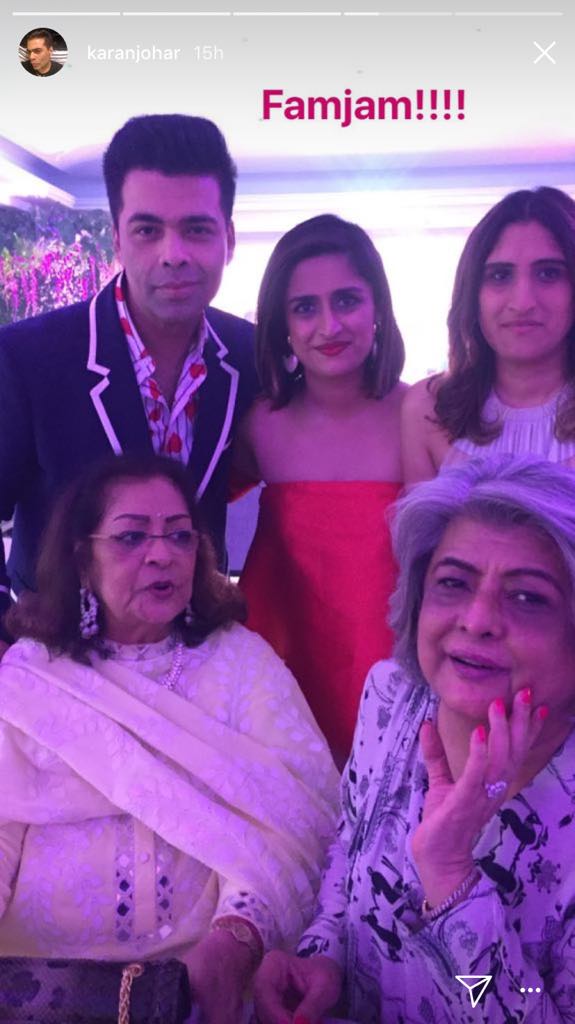 The décor of the party was thought by Karan and he made sure that his mother’s favourite flowers are used for it. Even for the customised invites, he had sent out a bottle of champagne, cake, chocolates and her favourite white roses. Despite many big shots from the industry, the star of the evening were Karan Johar’s twins Yash and Roohi. They were by their grandmother’s side during the cake cutting ceremony. According to an online report, the guest was quoted as saying, “The party kicked off at around 1 pm. On the menu were Hiroo’s favorite Chinese and Indian dishes. She cut a three-tier cake which was preceded by the screening of an audio-visual chronicling moments from Karan’s childhood days to Hiroo Johar’s latest pictures with her grandchildren, Yash and Roohi. The twins joined in for the cake cutting.” (Also Read: Yash Johar And Taimur Ali Khan Are Future Musicians; Learning Piano Skills)

The source also revealed, “Sonu sang songs like “Lag Ja Gale”, “Kal Ho Na Ho” and “Gaata Rahe Mera Dil” among other evergreen chartbusters, a song list that had been put together by Karan himself. Karan had requested Sonu to perform live two months ago and both his mother and he got teary-eyed when Sonu crooned the Kal Ho Na Ho title track and “Abhi Mujh Mein Kahin” from Agneepath. Kajol and Tanisha cheered and danced to the lively tracks.” (In case you missed this: Diana Hayden Froze Her Eggs At The Age Of 34 And Gave Birth To A Healthy Baby Girl At 42)

Next Read: 4 Famous And Successful Bollywood Celebs Who Are Proud Single Fathers