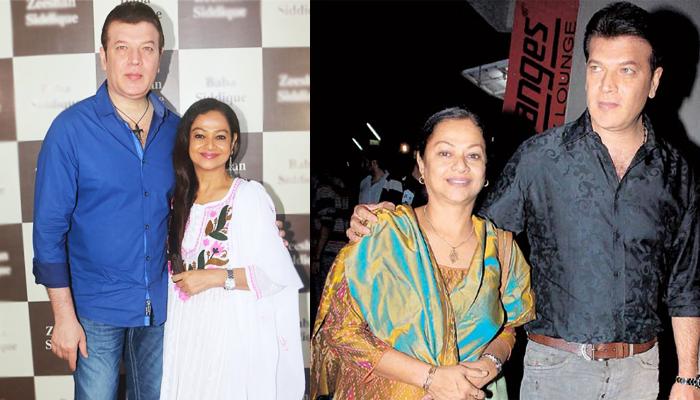 Just like normal marriages, even celeb marriages are a sensitive issue. If it clicks, then life becomes magical with your partner. If it doesn’t, the nuptial knot is broken soon. Some celeb couples end their marriages after a few years, others after a couple of decades and then, there are some who remain faithful to their partners and end up spending their whole life together.

Such is the case with Bollywood couple, Aditya Pancholi and his wife, Zarina Wahab. Aditya and Zarina got married in the year 1986, and their marriage has been strong for more than 3 decades now. Not many know that Aditya is six years younger to Zarina, and has still managed to woo his lady all these years. So, without further ado, let’s unravel Aditya Pancholi and Zarina Wahab’s marriage story. 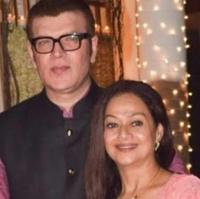 Aditya Pancholi was born on January 04, 1965 in Raebareli, Uttar Pradesh. He comes from a family of film people. His father, Rajan Pancholi was a film director in Bollywood. Initially, he had no inclination towards joining the showbiz. However, he was once spotted by a film director on a Mumbai local train and was so impressed with the young man’s looks that he offered him a role in TV sitcom right-away. Since then, Aditya Pancholi has acted, directed and produced many films and TV serials.

Zarina Wahab, on the other hand, was born on July 17, 1959, in Vishakhapatnam. She did her graduation from the esteemed Film and Television Institute of India (FTII), Pune. Unlike Pancholi, she wanted to be in the films soon, but the legendary filmmaker, Raj Kapoor gave a negative feedback on her mannerisms. She then worked hard and eventually landed in the 1976 film, Chitchor. Since then, Zarina has made numerous appearances as lead and supporting in films and TV serials.

Also Read: 11 Shortest Marriages That Bollywood And Telly World Has Ever Witnessed

In the year 1986, Aditya singed his fifth film, Kalank Ka Tika. It was on the sets of this film that he met Zarina. The couple hit off instantly. Not much is known as to how did the couple started dating but by the end of the film’s shooting schedule, they were already head over heels in love with each other. 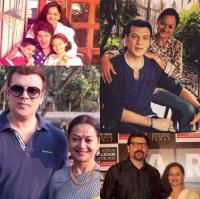 Soon after the film’s release, Aditya Pancholi and Zarina Wahab got married by the end of 1986. In a recent interview, Zarina was quoted as saying:

“My mother was not very keen on my marriage with Aditya Pancholi but I loved him and wanted to marry him. That was one of the biggest crossroads in my life”.

She further added that it was her best decision, and was quoted as saying:

“Now I realize that I took the best decision of my life. Every person faces a crossroad in his/her life but the choices come from within. We may seek advice from everyone but we should only do what our heart says”.

In the year 1993, the marital life of Aditya and Zarina suffered its first fall out when Aditya started having an extra-marital affair with Kabir Bedi’s daughter, Pooja Bedi. Media reports suggested that he even started to spend nights at Pooja's residence. But soon, things took an ugly turn when Pooja Bedi’s 15-year-old maid alleged that Aditya had sexual relations with her on the promise that he would help her get a role in any Bollywood movie. When confronted by Bedi, Aditya confessed. This obviously didn’t go well with Pooja, and Aditya then returned to his wife, Zarina.

Don't Miss: Fell In Love With 5 Different Men, Yet Pooja Bedi Is Single And Rocking At The Age Of 47

After Pooja Bedi, Pancholi remained faithful to his wife, Zarina. But the year 2004 saw another beginning in his life. He met the then wannabe actress, Kangana Ranaut. He helped her as much as he could and eventually she landed in her debut film, Gangster. However, soon Kangana’s reputation and popularity ignited jealously inside Aditya. Allegedly, he assaulted her in 2007 and even physically abused her. In a 2017 interview, Kangana was quoted as saying:

“It was a very difficult and very harsh time. I was physically abused. I don’t have to go to details. I felt trapped. You feel people might help you. But there are no free lunches. But when you are going you fall for it. This man who was my father’s age hit me hard on my head when I was 17. I started bleeding. I took out my sandal and hit him head hard and he started to bleed too. I lodged an FIR against the man”.

You May Like: The Alleged Love Affairs Of Bollywood's 'Queen' Kangana Ranaut That Lead To Controversies

Zarina’s support for her husband 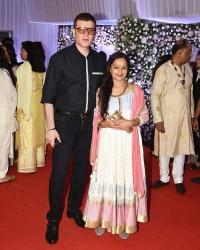 During the whole fiasco with Kangana, Zarina constantly supported her hubby. She came out in his defence and told Pinkvilla:

“I was just going through some stories on my mobile and I read Kangana has said ‘She (Zarina) used to treat her (Kangana) like a daughter…” This is completely untrue! When I knew she was dating my husband how can I say she’s like my daughter? That is ridiculous! Usually, I don’t react to such things but these two things have been really upsetting! I was very upset when I read it! She was dating my husband (Aditya) for four-and-a-half-years so how can I say that she’s like my daughter? Impossible! On national television, she’s going on saying that she’s (Kangana) is like my daughter (Sana)… What nonsense is Kangana talking about”?

Next Read: B-Town Wives Who Gave Second Chance To Their Husbands Even After Abuses, Arguments And Threats

Despite Aditya Pancholi’s infidelity, Zarina Wahab has constantly supported her hubby. It’s only inspiring to see a wifey so supportive of her husband for more than three decades. We really hope that the two remain happy forever and that Aditya remains faithful to her wife who has never been judgemental of him. What say, guys? Do let us know in the comments section below as to what you feel after reading Aditya Pancholi and Zarina Wahab’s marriage story.