Deepika Padukone On Ranveer Singh: 'He Is A Man Who Is Not Afraid To Cry And I Love That About Him'

Deepika Padukone On Ranveer Singh: 'He Is A Man Who Is Not Afraid To Cry And I Love That About Him' 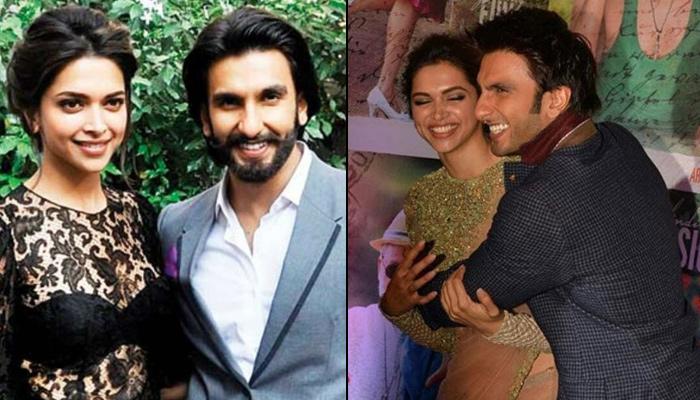 Ranveer Singh and Deepika Padukone have never accepted or denied their relationship in front of media, but their fans can never get enough of their PDAs. The friendship, the trust, the fondness and the bond they share is what every couple must look up for in a relationship. Since the beginning of the year 2018, the rumours of Ranveer and Deepika’s much-anticipated wedding started doing the rounds and the hearsay doesn’t seem to end.

Deepika Padukone and Ranveer Singh have worked together for 3 films - Goliyon Ki Raas Leela Ram Leela, Bajirao Mastani and Padmaavat. And they never shied away from talking about how ‘special’ they are for each other. In a conversation with the Filmfare Middle East, Deepika Padukone shared the quality of Ranveer Singh she admires. And also, that she is looking forward to exploring a light film with him after Padmaavat. 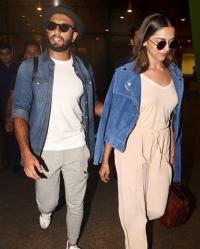 Discussing her observation of Ranveer Singh’s portrayal of the character Khilji in their film Padmaavat, Deepika stated, “The first time I watched him onscreen since we never had any scenes together. I cannot think of any actor who would have done this role and brought in the kind of intensity he did with Khilji. It was an author-backed part, but he made Khilji his own. He gave justice to the menacing part of Khilji. Audiences had to hate him to love his work. Actors are usually scared of doing negative roles for the fear of being typecast.” (Also Read: Anita Hassanandani And Hubby Rohit Reddy Dance Like Crazy On The Streets Of Switzerland) 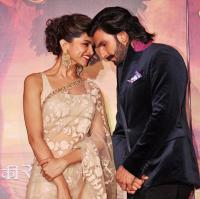 Deepika Padukone further added, “But today the audiences have evolved. They are more aware. They hated Khilji’s character but loved Ranveer in it.” And when asked if she is critical of Ranveer Singh’s performances, Deepika quipped, “I am very protective about Ranveer. When the world gushes on him, I am honest with my feedback of him.” (Also Read: Milind Soman And Ankita Konwar Have The Most Unique Return Gift For Their Wedding Guests) 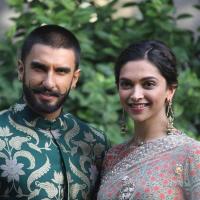 Further gushing over the qualities she admires in Ranveer, Deepika went on to say, “Everything other than the most obvious. I am bored when people say they love his energy. The man has so much more! He is an extremely good human being. He is kind and good to people. He is very real, emotional and sensitive. He is a man who is not afraid to cry, and I love that about him. He is a man!” (Also Read: Kareena Reveals She Signed 'Veere Di Wedding' Before Pregnancy, Thanks Saif For Motivating Her) 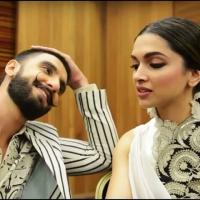 When Deepika was asked if she would feel awkward about doing a film with Ranveer without costumes, she retorted, “I am dying to explore a regular film with him with a contemporary story. Though Ram Leela wasn’t a complete period film, it does take us to a certain space with its costumes, set design, etc. We have a lot more to explore and I am waiting for an opportunity.” (Also Read: Varun Dhawan Reveals His Lady-Love Natasha Dalal's Reaction On 'October')

Deepika Padukone further continued, “I can’t tell you how many people have said, “Can you do another Yeh Jawaani Hai Deewani?” But people aren’t making that many love stories anymore. Everyone is making sports biopics. I want to do something fun and light – that’s my brief! And that hasn’t come as yet.”

Deepika talked about her upcoming Vishal Bharadwaj’s film to TINGS magazine, and she revealed, “There’s a film that I will begin working on soon, it doesn’t have a title yet but it’s based on a true story from one of the mafia queens. It’s actually a chapter from a book called “The Mafia Queens of Mumbai” there is no title yet but there are references of a woman who I would say was extremely brave in doing what she did, and I just thought it was a very very inspiring story and a story that needed to be shared." (Also Read: Kashmera Shah Talks About Her Twin Babies, Reveals She Had 14 Failed Attempts At Pregnancy Before!)

In an earlier interview with the Film Companion, Deepika opened up about the buzz of her alleged wedding and working after marriage in the media. She said, “It’s too much a part of my life for me to say I can walk away from it. But I think that home, family, parents, marriage is very important for me. Today I can see my self as a working wife or mother. I think I’d drive everybody around me mad if I didn’t work." (Also Read: Not A Celeb Bride, Still Bollywood Stars - Shahid, Ranveer, Katrina, Shraddha Perform At Her Sangeet)

The rumours also suggest that Ranveer and Deepika will soon be shifting into a plush apartment next to Anushka Sharma and Virat Kohli’s house in the same building. As per the reports, “Ranveer Singh along with his parents and his lady love Deepika Padukone had recently paid a visit to Omkar 1973, an apartment complex in Worli, Mumbai. They had a quick look around and were quite impressed with the property. If things go well they might soon end up buying the apartment there.” The lovebirds might get married by the end of 2018 and theirs will surely be the wedding of the year.(Also Read: Anushka Sharma Does It Again, Flaunts Her Hubby, Virat Kohli's T-Shirt In A Stylish Way)

We can’t wait to watch Ranveer Singh and Deepika Padukone on-screen together in a film again!