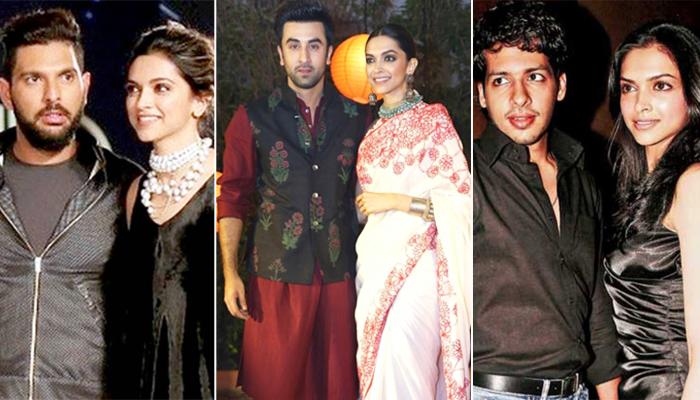 Deepika Padukone is ruling Bollywood ever since she made her debut in 2007 with Om Shanti Om. And today, she has made a name for herself in Hollywood. With her back-to-back hits and sizzling chemistry with Vin Diesel, Deepika has created both domestic and international fan following. While men cannot get over her dimples, women aspire to be fit like her.

This tall and talented actress with gorgeous hair is loved by all. Daughter of the famous badminton star, Prakash Padukone, Deepika has proved that you don’t need a godfather to make it big in the industry. These days, we are crushing over her and Ranveer but do you know that this leggy-lass has had her heart broken a couple of times. Here are all the men in Deepika Padukone’s life you should know about:

Nihaar and Deepika met during their modelling days. Neither of them were well-known at that time. They kept their relationship going for a while but it didn’t last long enough. Soon, the two headed in different directions. While Deepika became the leading lady of Bollywood, Nihaar dated another model turned actress, Gauhar Khan, which too didn’t last long. Nihaar Pandya is making his Bollywood with Kangana Ranaut starrer, Manikarnika. Recently, in an interview, on being asked how he feels about being referred to as Deepika's ex, he replied:

"I don't get worked up over it. Yes, even the press note about my acting debut that was sent out referred to me as 'ex-boyfriend' but there is not much I can do about it right now."

Once our captain cool, MS Dhoni openly expressed his admiration for the South Indian beauty but it was Yuvraj Singh who stole her heart. The news that the two dating was everywhere. Being a sportsperson herself, Deepika and Yuvraj bonded over their mutual love for sports. Deepika would often go to watch Yuvraj play. She even hosted a big birthday party for Yuvi. The cricketer and the actress parted ways and Deepika ended up being with Ranbir Kapoor. 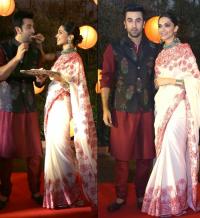 Ranbir Kapoor and Deepika Padukone’s affair is one of the most famous and twisted relationships that Bollywood has ever seen. The two never shied away from expressing their love for each other in front of the world. Their love was so deep that Deepika even got Ranbir's initials inked on her nape. While everything was going well and their fans were hoping to hear the wedding bells, the news of their break-up stunned everyone. Ranbir cheated on Deepika with Katrina which left Deepika heartbroken. She didn’t mind airing the dirty laundry into the public and talked extensively about Ranbir on Koffee with Karan. They did have an ugly break-up but it seems that the dust has settled down and the two are good friends now. However, Deepika still hasn’t forgiven Katrina Kaif.

Confessing in an interview, Ranbir later admitted that he did cheat on Deepika:

"Yes, I have cheated, out of immaturity, out of inexperience, out of taking advantage of certain temptations, out of callousness. You realise it now, when you grow up and you value it more why be in a relationship, why be committed to someone when you cannot be committed."

Suggested Read: After Her Leaked Pictures With Ranbir Kapoor, Mahira Khan Reveals How She Felt Violated

Siddharth Mallya, the Kingfisher scion, was one of the funniest men that Deepika has ever been with. How they met is not known but they sure did have a lot of fun together. Deepika was the brand ambassador of Bangalore Royal Challengers and Sid would often accompany her for the matches. Their infamous PDA during one of the matches became the talk of the town. They two parted ways on good terms and Siddharth has always spoken in favour of Deepika. On the reasons being their break-up, Deepika once said:

"So cheap yaa! First he insisted we travel by auto instead of the Merc. Then when I asked him for a dress, he took me to a low end bazaar with an end-of-season sale offer and bargained like crazy for the one top he finally bought; I was so embarrassed! Asking me to pick up the tab after our meal at the Taj was the last straw!."

The current man in Deepika’s life, Ranveer Singh has set the goals of being the best friend adn boyfriend extremely high. The way they look at each other is enough for us to know how deep their love is. They never fail to praise each other’s performances. That cute moment when Ranveer corrected Deepika’s earring and the way he protected her in the crowded place is exactly what a good partner does. Ranveer and Deepika were pronounced husband and wife on November 14-15, 2018, as they tied the knot as per Konkani and Sindhi rituals.

People throw themselves at you when you are this gorgeous and talented. Deepika kissed a few frogs before she found her Prince Charming in Ranveer Singh. We wish Deepika and Ranveer a very happy married life.