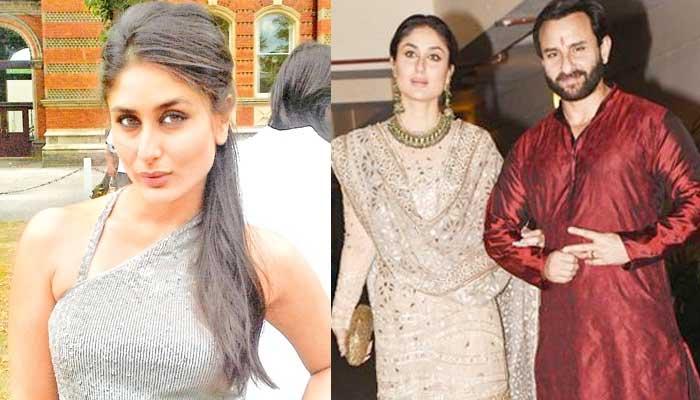 Kareena Kapoor Khan is undeniably a power-woman, right? Since her debut in Refugee in 2000, she has swayed us all in different kinds of emotions through her roles on the celluloid. And the next in the line for her, is the upcoming film, Veere Di Wedding, which is slated to release on June 01, 2018. (You May Like: When Royal Met Regal: Everything You Need To Know About Saif And Kareena's Love Story)

At the trailer launch of Veere Di Wedding today, Kareena revealed that she had signed this film before she was pregnant and that she had to call up Rhea Kapoor, who is Sonam Kapoor’s sister and say that she would need to take someone else. 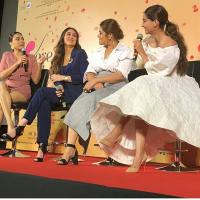 But what attracted us the most was when she spoke about the support from her husband, Saif Ali Khan, and her producer, Rhea Kapoor. Hubby Saif supported Kareena and even asked her to not give up and start hitting the gym to set an example for a lot of mothers out there! Read an excerpt from her interview:

“I am very very lucky to have a husband who is so understanding. Because apart from of course my producer Rhea (Kapoor) who stood by me and supported me…actually, I signed this film before I got pregnant and I had to call her up after two months to say “I am pregnant and she needs to take someone else.” But the fact that they still wanted to go with me….and change the character to be pregnant! But I said to her, “I really can’t do it and it’s really really difficult and you should do it with someone else”. But I think it was Rhea’s conviction and she said, “No, let’s just wait.” And I think all of them have been very supportive of me for actually waiting.” (Also Read: I Dressed My Kids For Saif-Kareena Wedding: Amrita's Bold Revelation On Kareena And Sara's Bonding) 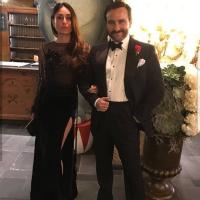 The most adorable words that Kareena had for hubby Saif, “And I think after that it was Saif who kind of pushed me and said, “You should hit the gym, get back to the studio (laughs) and take your son with you. And set an example for a lot of mothers that you can actually do it.”

Saif and Kareena started dating in October 2007 after they met on the sets of Tashan. Five years later, the two got married on October 16, 2012. After four years into marital bliss, Saifeena became parents to the Bollywood’s most sensational and adorable kid, Taimur Ali Khan. (Suggested Read: 12 Super-Adorable Pics Showing Taimur Ali Khan's Journey From A Baby To A Handsome Kid) 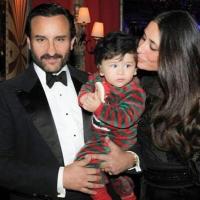 Kareena has always been vocal about her love and respect for her husband, Saif. Once in an interview, she proudly said, “God has been very kind to me. I am lucky to have found this man who is so modern, so liberated. He's much more intelligent than me. I like the fact that he is so well read and that I can count on him for everything."

Commenting once on Saif’s princely status, Kareena once opened up, "Yes, and as it turned out, he is a prince, which fits my fairy tale metaphor perfectly, but he didn't have to be one. I mean, he would have been just as charming without his title." 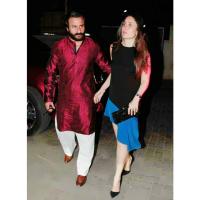 Well, there is no couple in B-town like Kareena Kapoor and Saif Ali Khan. The fact that being a husband, Saif asked her wife to set an example to other mothers, only proves that the Nawab of Bollywood doesn’t adhere to the stereotypical notion of a wife and a mother.

Next Read: Kashmera Shah Talks About Her Twin Babies, Reveals She Had 14 Failed Attempts At Pregnancy Before!