Let’s admit it girls, every time we buy an expensive outfit for a wedding function, no matter how much we promise to ourselves that we will make the best use of this investment, even we know at the back of our mind that it will rest in our wardrobe forever after one use! And whenever there’s next wedding to attend, we have things like “how can I wear the same dress again”, “kya izzat reh jayegi meri?”, “I have to look different from the last time”, “shaadiyaan koi roz thodi aati hain” and what not going on in our mind!

Well, while a lot of us make such excuses to literally waste a huge amount of money on an outfit that we plan to wear just once, there are some big shot beauties that do not shy away from repeating their dresses on various occasions.

Saree Trends Of 2018 That Can Be Taken From The Super-Sexy Mama, Shilpa Shetty Kundra

So, if you have been adamant about not wearing the same dress to another wedding function, let these 4 Bollywood and TV divas convince you who themselves repeated their outfits.

Recommended Read: 10 Hottest Colours Of 2017 That Must Exist In Every Girl's Wedding Wardrobe This Year

Let’s begin our list with the bubbly TV actress Sanaya Irani, who repeated one of her wedding outfits. Yes, you read that right! Sanaya wore a pink, blue and yellow lehenga choli at one of her pre-wedding bashes in January 2016, and she repeated this outfit at her bestie Deeya Chopra’s wedding, which took place at the end of the same year. 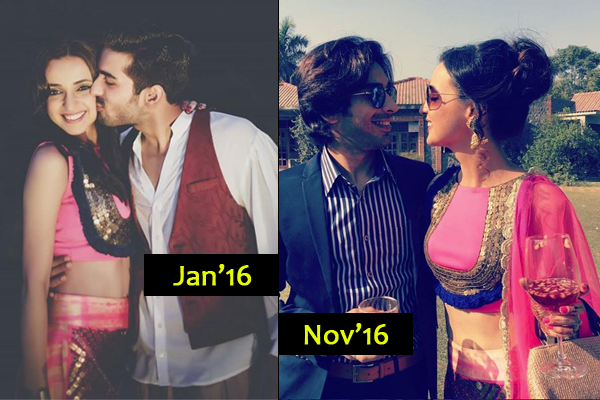 Don't Miss: 5 Reasons Why We Absolutely Love Genelia And Her Lehenga

According to us, telly world’s queen Drashti Dhami so far has been the smartest bride we have ever come across. Drashti repeated her wedding lehenga at her reception party. While her wedding was a day event, the reception took place in the evening the same day. The best part was that despite wearing the same dress in both the events, she looked totally different because of different drapes, makeup and hairstyle. 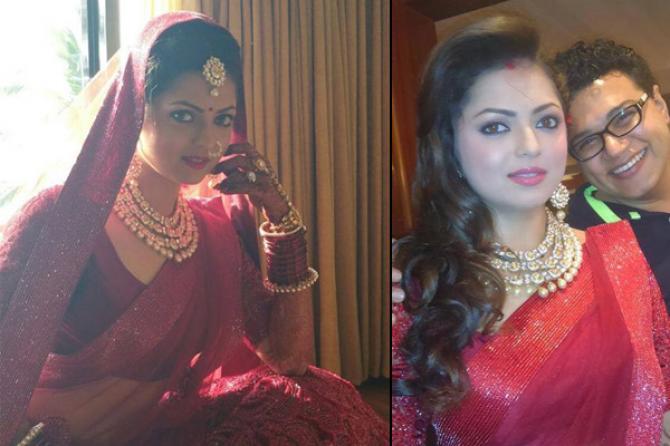 There can be no bigger inspiration for us to do this daunting task than Bollywood’s fashion icon herself. That’s true guys, it really was Sonam Kapoor who dared to wear the same dress again. She wore a royal Anamika Khanna outfit as she walked the red carpet for Filmfare Awards in 2014. And some time later, she donned the same dress at an event with a different hairdo and makeup. 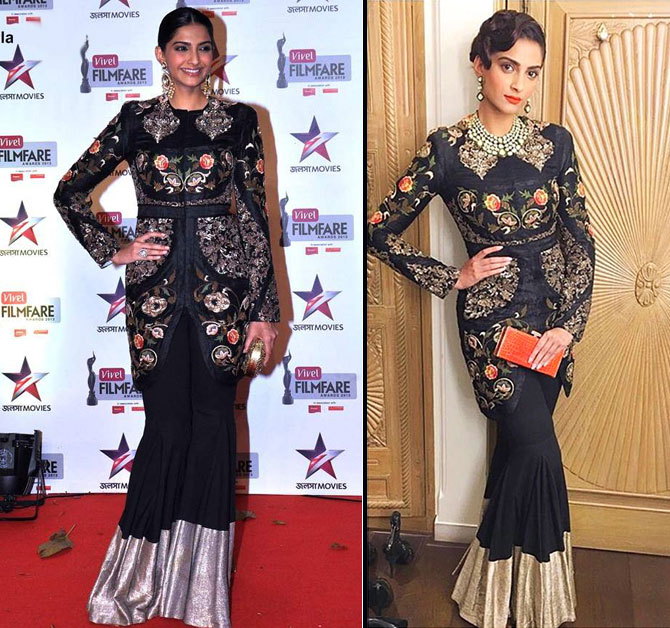 Some Tips From These Celeb Divas To Repeat An Expensive Outift

Now that we have seen that celebs too repeat their expensive outfits, let us take a lesson or two from them on how to do it while looking different every time you step out in the same dress.

a) Wear it after a long time gap 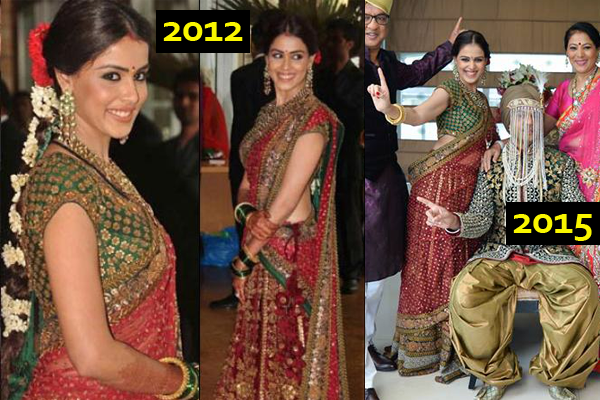 Isn’t that a great way to repeat an expensive outfit on a special occasion? Genelia did the same as first wore her lehenga in Riteish’s brother’s wedding in 2012. And later in 2015, she donned the same lehenga at her brother’s wedding. Well, three-year long span is enough to make an outfit of yours fade away from others’ memories, right?

Also Read: 6 Famous Indian Fashion Designers And What They Wore On Their Own Wedding

b) Opt for a lighter outfit Most of the brides tend to go for heavily embellished or embroidered outfits on all of their wedding functions. Later on, these heavy outfits find a permanent place in their wardrobes, as wearing them on someone else’s functions will make them look overdressed. But, telly queen Sanaya gave us a brilliant idea. On one of her pre-wedding functions, she opted for a beautiful and vibrant light-weight outfit. And so, she was easily able to don the same thing at her bestie Deeya Chopra’s wedding function without looking overdressed for the occasion. 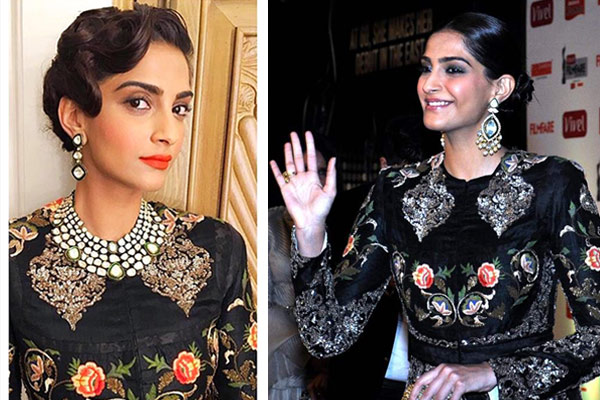 Need we say more? Just see how Sonam changed her makeup and hairstyle completely the second time she wore her black Anamika Khanna dress. While first time she teamed it up with a neat bun and nude makeup, next time she donned a vintage look along with that dress which gave a her different look altogether. 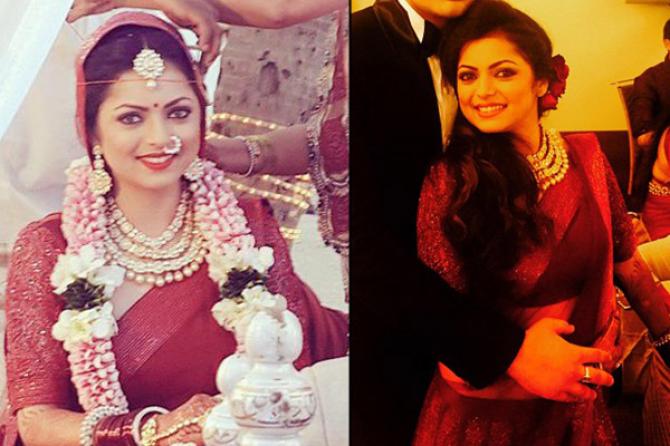 Here comes a super-smart tip from the very gorgeous Drashti Dhami. As we told you already, she wore the same outfit on her wedding as well as reception party, the way she draped it over herself was totally different on both the times. During the wedding, it gave her the look of a traditional bride. And as she wore it on her reception, she looked super-glam just because she draped the dupatta differently. Now, that's quite a clever trick, isn't it?

So girls, are you still planning to buy a new outfit for the function you have to attend next? Well, we hope not! Just take tips from these gorgeous girls and save money!