There’s nothing wrong if we say that it’s Bollywood that has taught the country the real meaning of big fat weddings. While the on-screen weddings are truly an epitome of magnificence, the ones that actually take place in the Bollywood families are no less either. One such opulent Bollywood affair that the world saw recently was the Kapoor brothers Boney, Anil and Sanjay’s sister’s son, Akshay Marwah’s wedding.

Akshay, who is also the brother of Fugly actor Mohit Marwah, tied the knot with Aashita Relan on February 27, 2017, in Abu Dhabi. This three-day affair was full of lavish events and had the entire Kapoor clan in attendance.

Saree Trends Of 2018 That Can Be Taken From The Super-Sexy Mama, Shilpa Shetty Kundra Of course, the grandeur of each event of this big fat wedding caught everybody’s attention. But, the actual show-stealer was the brilliant style exhibited by the gorgeous Kapoor girls- Sonam, Rhea, Jhanvi, Khushi and Shanaya. With dazzling designer outfits, exquisite jewellery, perfect hair and on point makeup, these girls rocked the show like a boss and also left us with a lot of style inspiration for attending any wedding. And here we bring to you the takeaways from the Kapoor sisters’ looks at their brother’s wedding. The true-blue fashionista of Bollywood opted for the tribal look on day one of the wedding celebrations. She wore this chic outfit by Anamika Khanna and teamed it up with statement silver jewellery. The minimal makeup was done to perfection by Namrata Soni, while the loose curls were given to her by the hairstylist Hiral Bhatia. 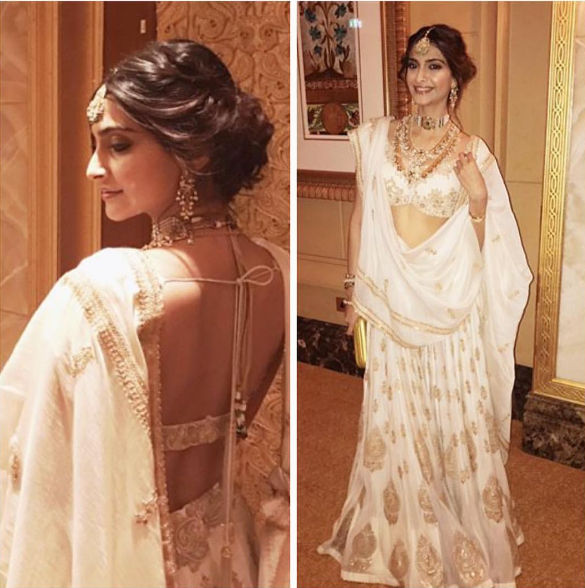 At the sangeet ceremony, Sonam donned a white and golden lehenga choli by Anamika Khanna. This time, her hairstylist Hiral decided to go with a soft bun and we totally love that choice. And to add more elegance to her overall appearance, her makeup artist, Nitin Lotlikar aptly went ahead with peach makeup. 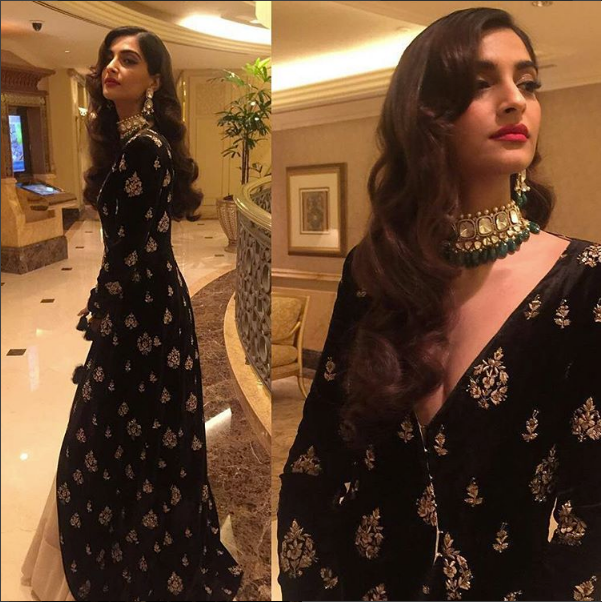 In another function, Sonam looked drop dead gorgeous in a velvet gown. This time, she chose diamond and emerald jewellery, straight hair and red lips to complete her look. If there is someone who can beat the style icon Sonam Kapoor in the fashion game, it’s none other than her sister Rhea, who herself is a celebrity stylist. At one of the dos, she looked stunningly sexy in an Anamika Khanna floral saree teamed up with a long jacket. For jewellery, she relied upon her mother Sunita Kapoor’s designs, and we must say it was a good decision.

Also Read: Mandana Karimi Gets Married And It Was A Star-Studded Affair 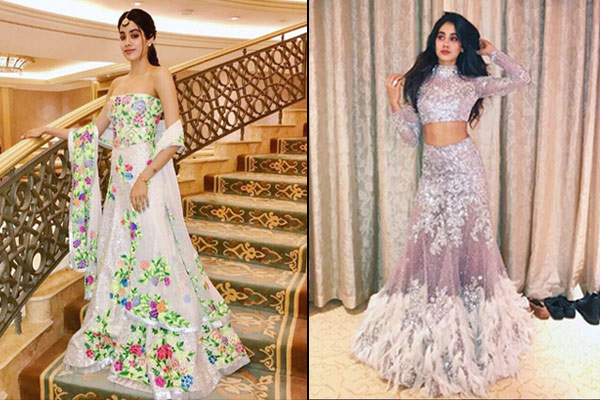 While Sridevi’s elder daughter Jhanvi will take some time to enter Bollywood, she has already garnered a huge fan following because of her superb style sense. A Manish Malhotra loyalist, she pulls off any glamorous appearance just like a duck takes to water. At her brother’s wedding, she was once spotted in a tube top and lehenga, which she accessorised with a sleek maang teeka. At another do, she looked ravishing in a full-of-bling lehenga choli. Both the times, she wore Manish Malhotra’s creations.

Takeaways from these looks:

Take A Look: Sridevi And Her Daughters Look Like A Dream In A High-Profile Wedding 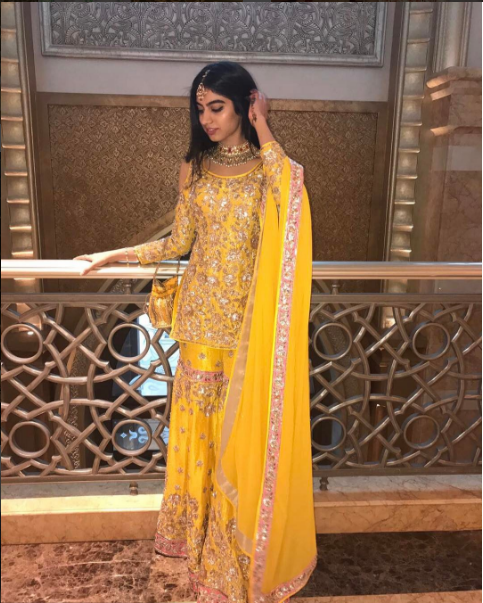 The young Kapoor girl Khushi shined in a yellow Manish Malhotra sharara and cold shoulder kurti. With a bold choker and maang teeka, her jewellery game was right on point. 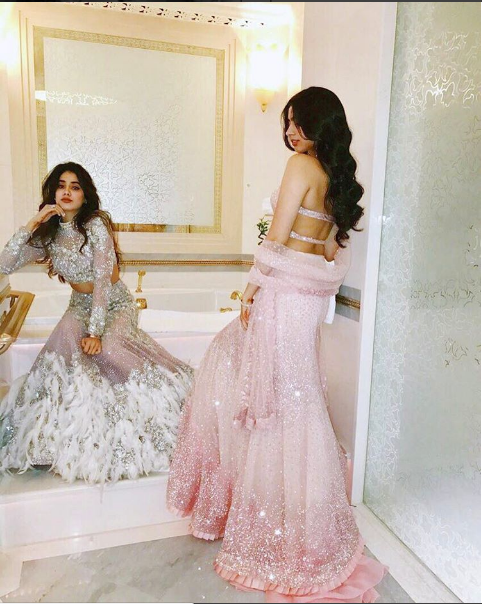 The second time, she dazzled in a pastel lehenga choli that had a super-sensuous back design. We must say the girl is quite a pro in fashion game already! 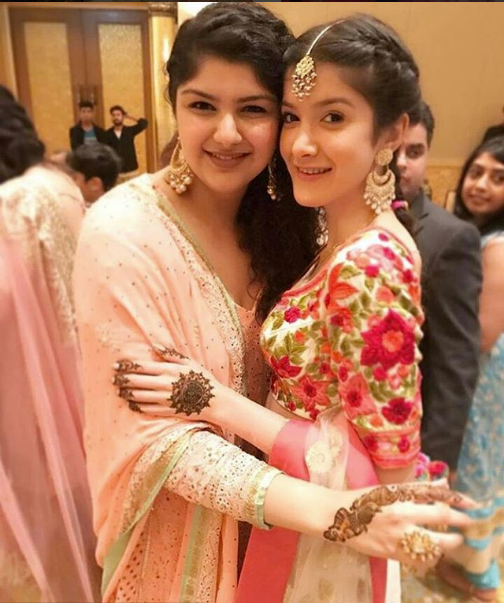 The cutest Kapoor girl, Shanaya (daughter of Sanjay and Maheep Kapoor) wasn’t any less when it came to flaunting great taste in terms of style and fashion at her brother’s wedding. On day one of the wedding celebrations, she rocked the show in an embroidered lehenga choli. She completed her look with pink lipstick, a maang teeka and a pair of earrings. At another do, Shanaya dazzled in an exquisite red and golden lehenga which she rightly teamed up with a small bindi, golden bangles and big earrings. Shanaya once again stole the show as she stepped out in a sensuous grey lehenga and off shoulder choli at her brother’s wedding. It was a Seema Khan creation that she wore and did full justice to the outfit by not clubbing it with too many accessories or makeup.

So, who according to you was the most stylish Kapoor girl at #Akmash wedding? Don’t forget to tell us in the comments below!