May 13, 2018 marks a day to celebrate motherhood and makes your mother feel on the top of the world for everything she did for you. And though we don’t need any single day to thank them for making us who we are today, this day has been specifically given to them. But there’s another special woman in one’s life, who takes care of us, loves us unconditionally and she shouldn't be forgotten on this day. We are talking about grandmothers. Grandmothers will pamper their grandkids to the fullest and just with their one smile and hug, the whole day seems complete. (Also Read: 8 Single Moms Of TV Who Proved That They Do Not Need A Man To Raise Their Children)

While everyone was wishing their mothers on this special day by dedicating a post on social media, some Bollywood celebs made their posts even more endearing by posting their little one’s picture with their grandmothers. Amongst the stars, Aishwarya Rai Bachchan, Karan Johar, Mira Rajput Kapoor, Gauri Khan, Farah Khan Kunder and Soha Ali Khan dedicated their Mother’s Day post to their mothers and children. 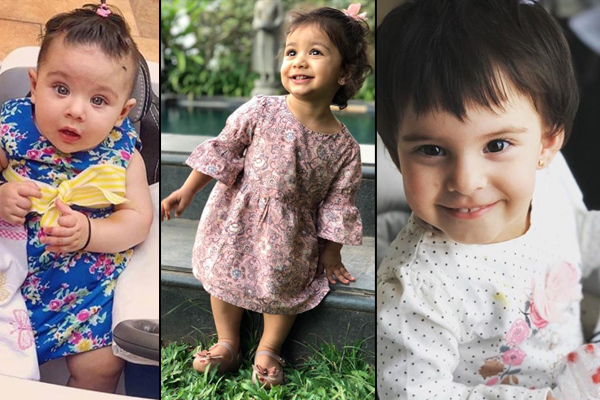 Aishwarya Rai Bachchan celebrated Mother’s Day with her daughter, Aaradhya Bachchan in the French Riviera as they are attending the Cannes Film Festival 2018. Recently, Aishwarya made her debut on Instagram and has garnered love from her fans as well as her friends from the industry. Sharing a beautiful picture on Instagram with her mother and daughter, Aishwarya wrote, “YOU COMPLETE ME. HAPPIEST MOTHERS’ DAYS EVERY BREATH OF OUR LIVES.” She completed her message with sparkling hearts and emojis. In the picture, we can see Aishwarya and her mom, Brinda holding a smiling face with heart-shaped eyes emojis and the little one Aaradhya is holding a pink balloon. (Also Read: 'Maa' Aishwarya Rai Bachchan Feels Blessed To Have 'Beti' Like Aaradhya, Says She Is God's Child) 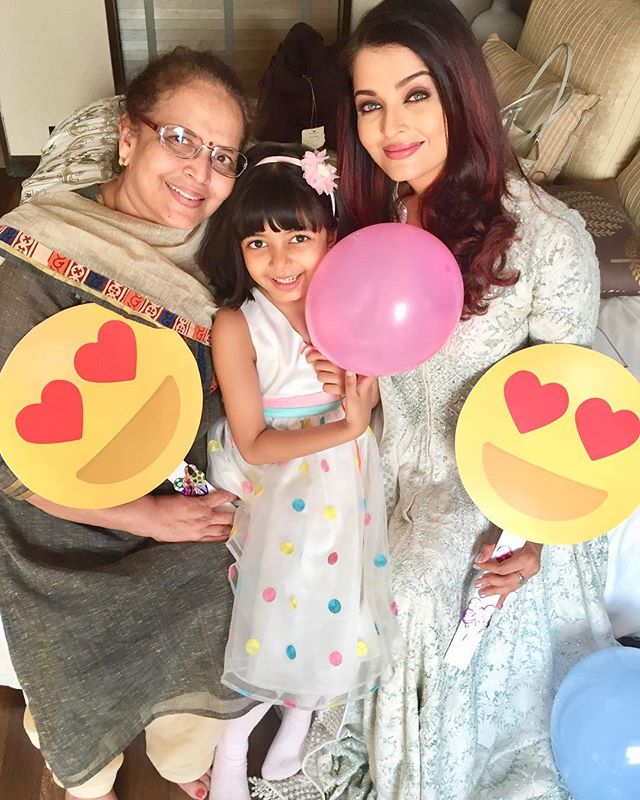 Bollywood ace director, Karan Johar is a complete family man and his love for his mother, Hiroo Johar and twins, Yash Johar and Roohi Johar knows no bound. Giving another reason to love him even more, Karan tweeted on Mother’s Day that he is proud to be a mother. Karan Johar is a doting father and mother to his twins, Yash and Roohi. Karan tweeted, “I love mothers ....I love my mother ....am proud to be a mother...#HappyMothersDay.” In another tweet he wrote, “Dear mother....you raise the bar of unconditional love...every other emotion is deeply envious of you....  how can you protect yourself when the word “protect” was given birth to by you....” Karan took his Instagram to share a lovely picture of his little angel Roohi with her grandmom, Hiroo Johar and captioned it, “Love you! #happymothersday to me and mine!” (Also Checkout: Inside Aishwarya Rai And Abhishek Bachchan New Rs. 21 Crore Apartment In Mumbai, See Pics) 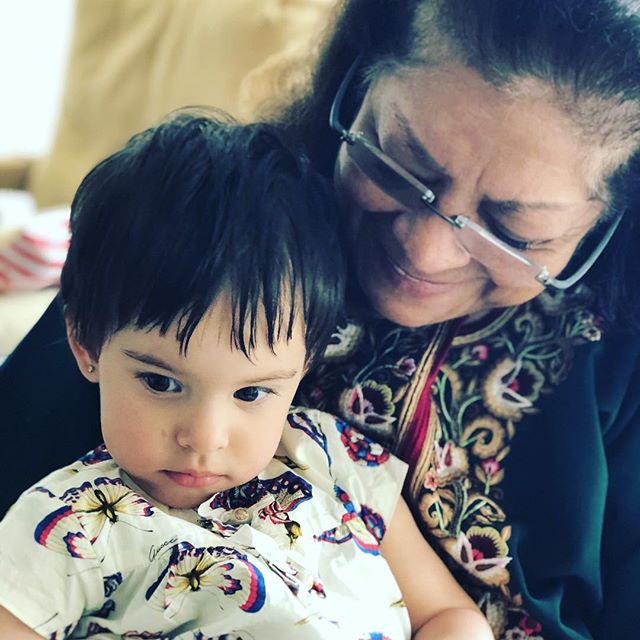 Shahid Kapoor’s darling wife, Mira Rajput Kapoor too shared an adorable post of the two most important persons in her life. Soon-to-be a mother of the two, Mira captioned the picture that she shared as, “I strive to be, what you are to me. #happymothersday” Mira shared a black and white picture of her one-and-a-half-year-old, Misha Kapoor with her nani, Bela Rajput, and another picture where she is hugging Misha. (Also Read: After Showing Her Dancing Talent, Misha Plays Drum And Proves That She Is A Musical Baby) Bollywood’s ace choreographer, Farah Khan shared a picture from her triplets, Czar Kunder, Diva Kunder and Anya Kunder’s 10th birthday. In the frame, we can see kids blowing their birthday candle and their grandmothers are standing beside them. Farah captioned the picture as, “Everyone’s mother in the same frame!! #HAPPY MOTHERS DAY!” (Also Read: On Women's Day, Farah Khan Tells Her Daughters Not To Use The 'Woman Card' Just Like Her) 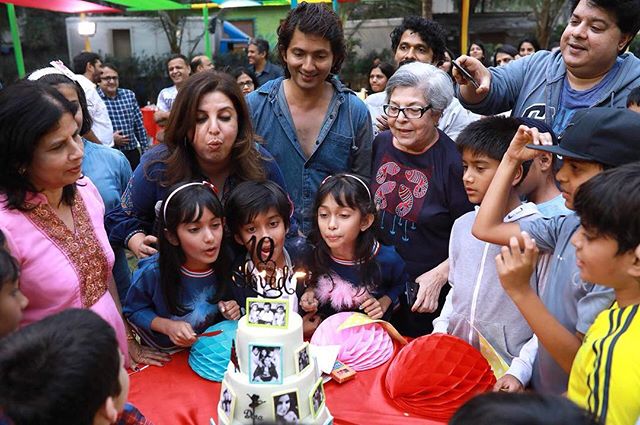 Last but definitely not the least, Soha Ali Khan who shared a picture of her mother, Sharmila Tagore and her six-month-old daughter, Inaaya Naumi Kemmu. Soha became a mother of Inaaya on September 29, 2017, and this is the first Mother’s Day for her as a mother. Wishing her mother, Sharmila Tagore on this special day, Soha shared a picture of her ray of sunshine and captioned the picture as, “From one mother to another - Happy Mother’s Day.” (Also Read: After Soha Posted Inaaya And Taimur's Picture, She Applied Kohl On Her Daughter's Forehead) 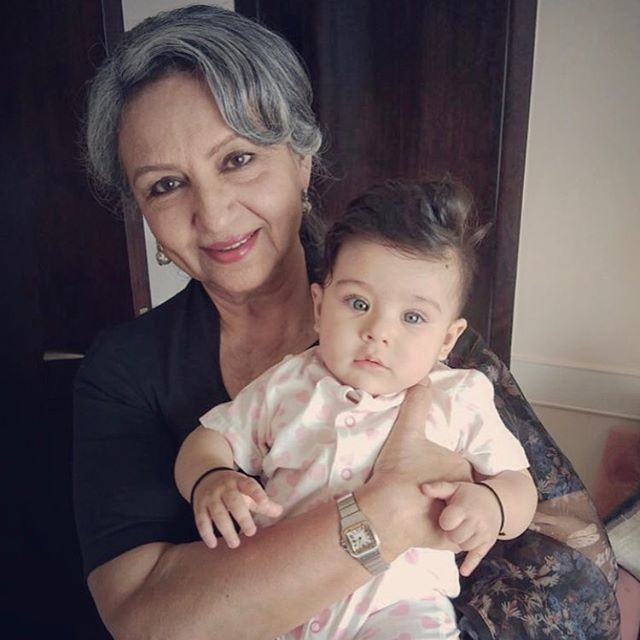 These Mother’s Day posts have indeed warmed our heart to the core!

Next Read: 15 Stunningly Stylish 'Maa-Beti' Jodis Of Bollywood Who Look More Like Sisters