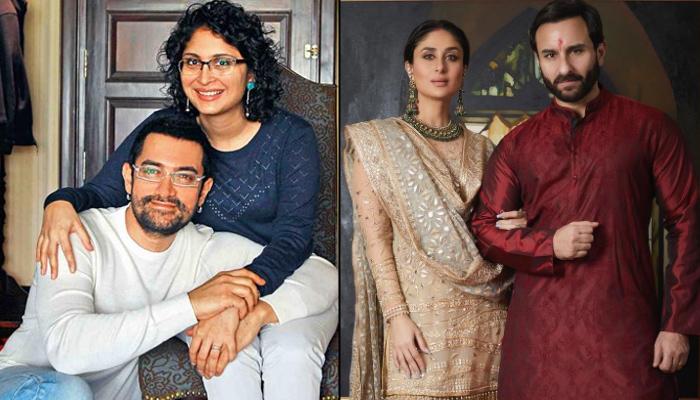 The journey down the aisle is one of the most important and beautiful adventures that one undertakes. While there is no age limit for love, Indian society has conditioned us into thinking that there is an age-bar by which you should get married. Everyone is expected to tie the knot before they turn 30.

For some, this is possible but for others, the priorities are different. Today, we have some celebrities for you who got married after the age of 40. These celebs are leading a happy life with their respective spouses and have proved that one should get married when they think that it is time and not according to the society. So, let us take a look at the Bollywood celebrities who got married after the age of 40:

This perfectionist actor, producer and television presenter is a loving and caring family man as well. Aamir got married to Reena Dutta when he was just 21 years old. This marriage didn’t last forever and the two got divorced. Aamir found the love of his life later in Kiran Rao. He got married to her on December 05, 2005 when he was already 40. The couple welcomed their son, Azad Rao Khan, through surrogacy. 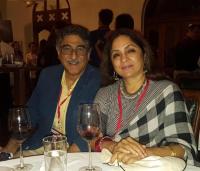 Neena Gupta is one of the fiercest ladies that we have ever seen. She welcomed her daughter, designer Masaba Gupta, out of the wedlock and raised her to be a proud woman. Neena's affair with the legendary West Indian cricketer, Vivian Richards was constantly under the scrutiny of the Indian society but this did not bother her. Neena finally tied the knot with Vivek Mehra in 2008, at the age of 54. 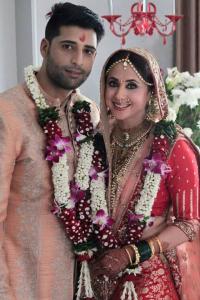 The Chamma-Chamma girl of Bollywood was the life of every heart when she was at the peak of her career. When someone is this gorgeous and talented, they are linked to anyone and everyone. However, it was businessman/model Mohsin Akhtar Mir who stole her heart. The two got married in Kashmir on March 03, 2016 when Urmilla was 42 years old.

Must Read: Wedding Story Of Urmila Matondkar Who Got Married To A Kashmiri Businessman, Mir Mohsin Akhtar 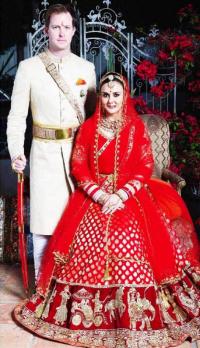 This bubbly lady of Bollywood is not only a talented actress but also a successful businesswoman. She was linked with most of her co-stars just because she shared a good rapport with them. Love came into her life a little later and she made the best out of it. At the age of 41, she got married to Gene Goodenough on February 29, 2016.

After ending a long relationship with the dusky-beauty, Bipasha Basu, John was not linked with anyone for a long time. This handsome hunk, however, surprised everyone when he got married to an investment banker, Priya Runchal in a secret ceremony on January 03, 2014. John was 41 at that time and the two have been going strong.

Saif Ali Khan’s first marriage with Amrita Singh ended in 2004 after which he was linked with various gorgeous ladies. The one who got the Nawab of Bollywood to finally commit was our Bebo, Kareena Kapoor. After a 4-year-long relationship, Saif got married to Kareena when he was 42, on October 16, 2012.

Farah Khan is a self-made woman. She started her journey in Bollywood as a choreographer and soon worked her way to the top and became a successful director. Farah met Shirish Kunder on the sets of the movie, Main Hoon Na. The two fell in love and after a lot of coaxing, Farah said ‘yes’ to Shirish. She got married at the age of 40 on December 09, 2004, and gave birth to triplets afterwards.

Boney Kapoor and Sridevi's wedding was a controversial one as the two tied the knot when Boney was already married to Mona Kapoor. When the dust finally settled, Boney and Sridevi gave us one of the most successful and happy marriages of Bollywood. Boney was 41 when he got married to Sridevi on June 02, 1996, and continued to be in love with her till the untimely death of the legendary actress on February 24, 2018.

Take A Look: Boney Kapoor Did The Sweetest Thing When Sridevi Completed 50 Years In Bollywood

Some people take a little longer than others to settle down with the right partner and Sanjay Dutt is one of them. Manyata Dutt is his third wife to whom he got married on February 07, 2008. Earlier he was married to Richa Sharma and then to Rhea Pillai. At the age of 48, he found a partner who proved to be his pillar of support during the rainy days.

Also Read: Sanjay Dutt And The Women In His Life, From Tina Munim To Manyata Dutt

Suhasini Mulay is one of the most beautiful and talented actresses that Bollywood has ever seen. She was in a long live-in relationship which ended in 1990 and lived a single life till she found love again in Atul Gurtu. The two got married on January 16, 2011 when both were over 60 years old. 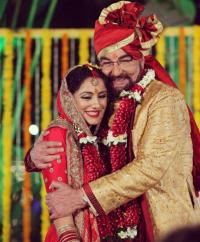 The Bedis have always defied the conventional ways of the society. Keeping up with their USP, the 70-years-old Kabir Bedi got married to Parveen Dusanj on January 15, 2016. Parveen is almost half his age which many didn't approve. The couple was undeterred by the comments and are living a happy life.

Finding a partner to spend the rest of your life with is a blessing. When it comes to love, age is just a number. These celebrities have proved that there is no certain age for getting married. You can get married whenever you want. It should be because of love and not because of the pressure. We are happy to see that these celebrities are having a blissful married life.

Next Read: 10 Famous Bollywood Celebrities Who Married Their Co-Stars