Mumbai nagri, a city of dreams! In this city resides ‘Bollywood’, the 70mm canvas that has portrayed many love stories till now. From a rich girl marrying a poor boy to the modern era's Ishaqzaade, who are ready to die in each other’s arms rather than getting separated in the name of religion; these love sagas are endless. 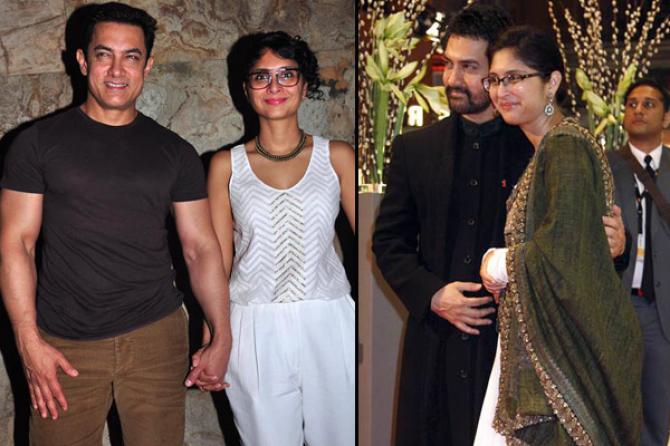 Love for the cinema is what brought 'Mr. Perfectionist' close to his wife Kiran Rao and his decision of 'second' marriage seems to be getting ‘perfect’ results for this couple. Aamir and Kiran met on the sets of Lagaan and hit off instantly. After dating each other for a while, they got married in 2005. They have son named, Azad. In Kiran's own words:

"We connected on the set of Lagaan and again on an ad commercial that he was doing with Ashutosh Gowariker that I was assisting on. We hung out a lot together and became 2 am friends. We started seeing each other in 2004…. We like each other’s company and our friendship is still the basis of our relationship. I moved in with him and neither of us was hung up on marriage. After a year of living together, we decided to get married for two reasons. 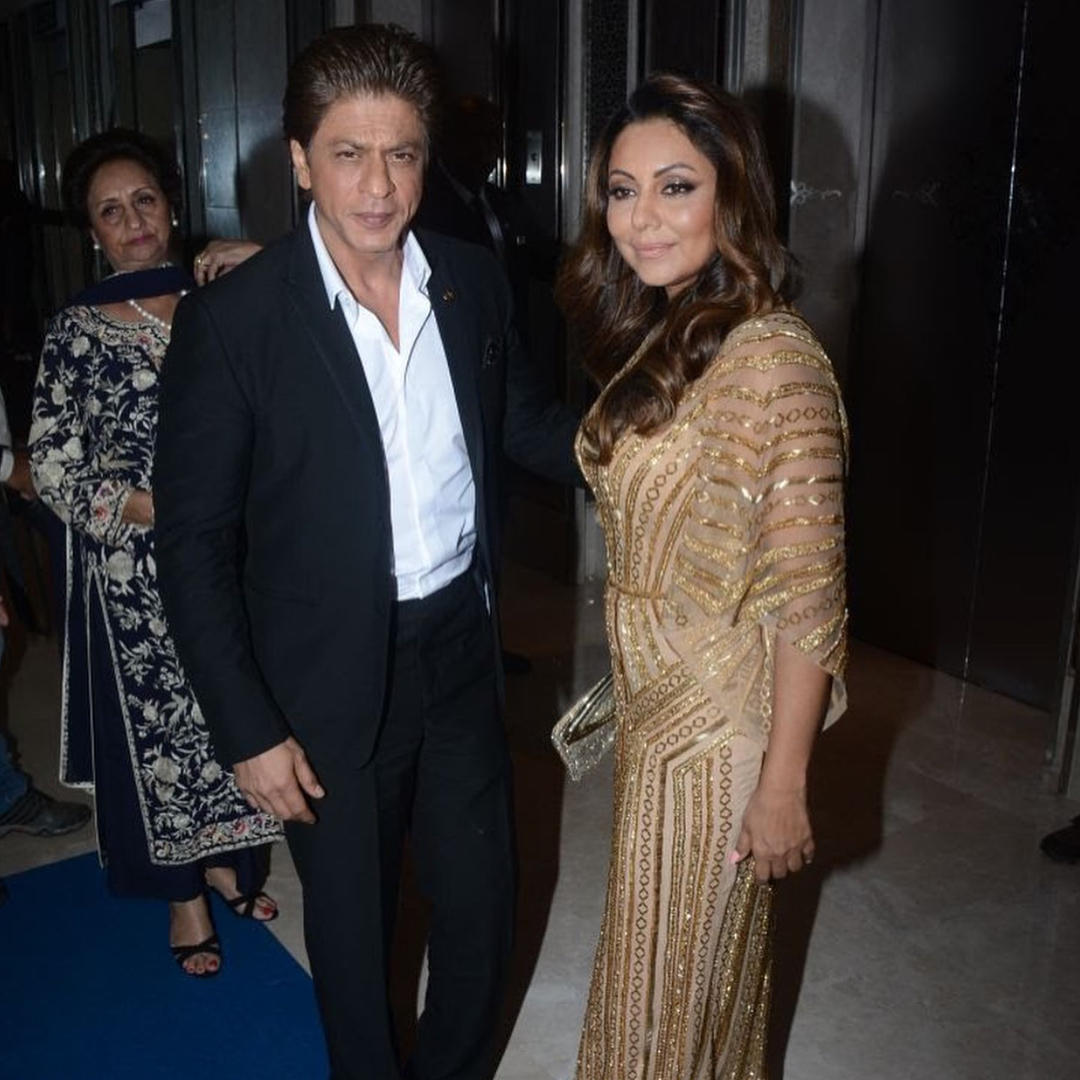 Nobody comes close to our King Khan when it comes to his real-life romance with wife Gauri. The actor won Gauri’s heart, but just like a typical 90s masala film, the whole family ‘brigade‘ of Gauri was against their marriage. But at last, this dilwala took his dulhania away and are now a happily married couple. SRK and Gauri have three children- Aryan, Suhana and AbRam.

Must Read: Shah Rukh Fell For Gauri At The Age Of 18 And Asked Her For Dance, Which She Turned Down 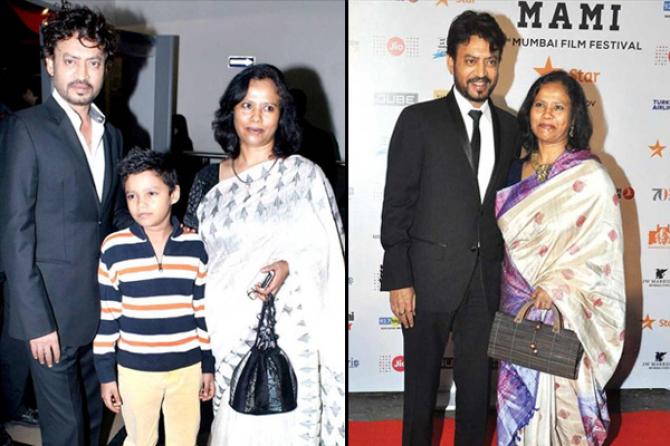 Parent of two, Irrfan and Sutapa have been married for more than a decade now. Their love story began in Delhi during their days in NSD (National School of Drama). Fighting against all odds, the lovebirds tied the knot and entered the holy bliss of matrimony on February 23, 1995. They have two sons- Ayan Khan and Babli Khan.

You May Also Like: 7 Famous Bollywood Actresses Who Dated Cricketers But Never Got Married To Them Once a heartthrob of many girls, Fardeen Khan married his childhood love, Natasha Madhvani in a typical grand ‘Khan’ style. Natasha is the daughter of yesteryear actress Mumtaz and Fardeen, as all know, is the son of late veteran actor Feroz Khan. This marriage has a ‘Picture Perfect’ plot of how children of onscreen lovers (Mumtaz-Feroz) fell in love with each other in real life. Azarius Fardeen Khan and Diani Isabella Khan are two of their children. 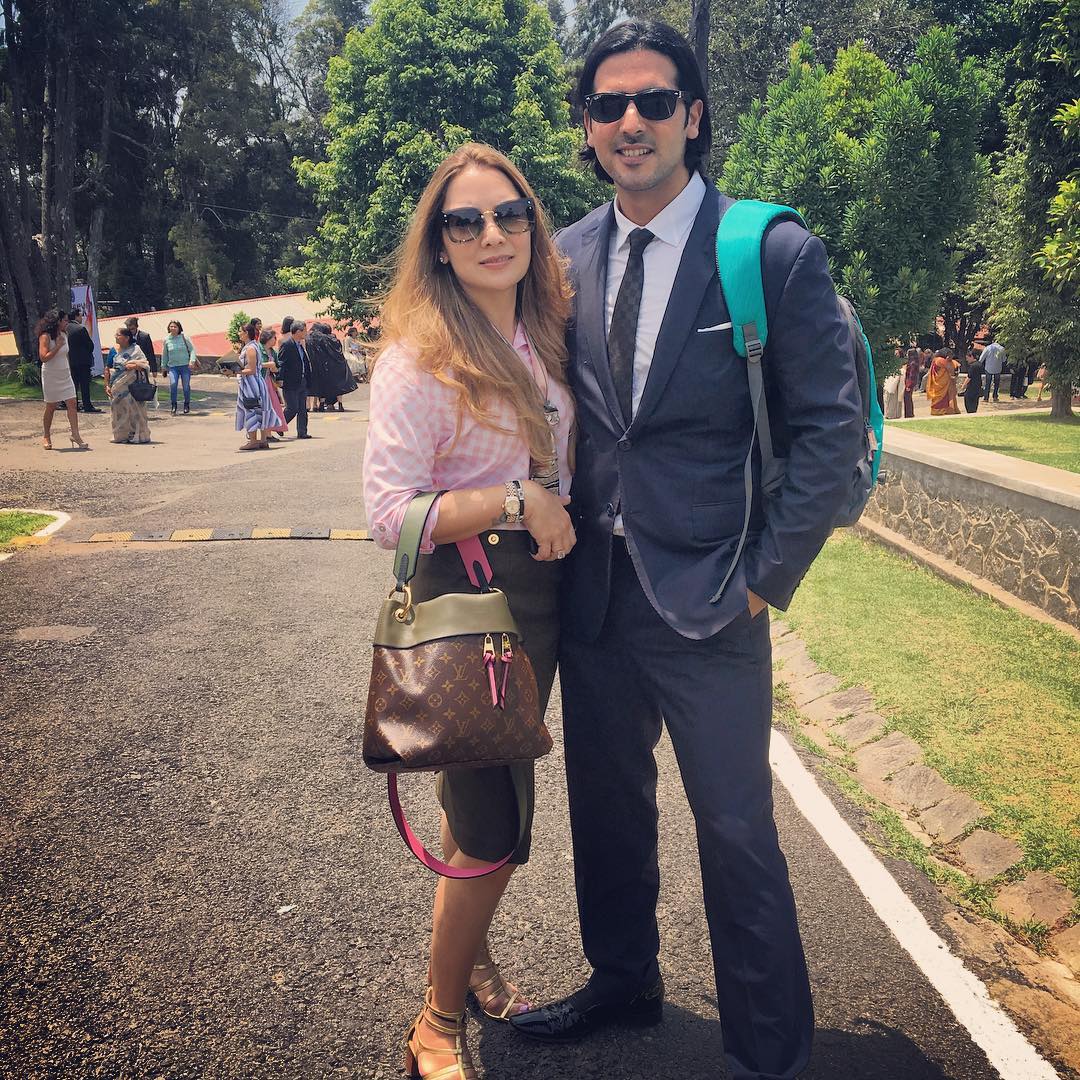 Following the footsteps of his cousin Fardeen Khan, Zayed Khan also married his high school love, Malaika. Zayed was more than happy to say Main Hoon Na to Malaika’s parents when they began looking for a guy for her. Zayed and Malaika got married in 2005. The couple is proud parents of two sons- Zidaan and Aariz. 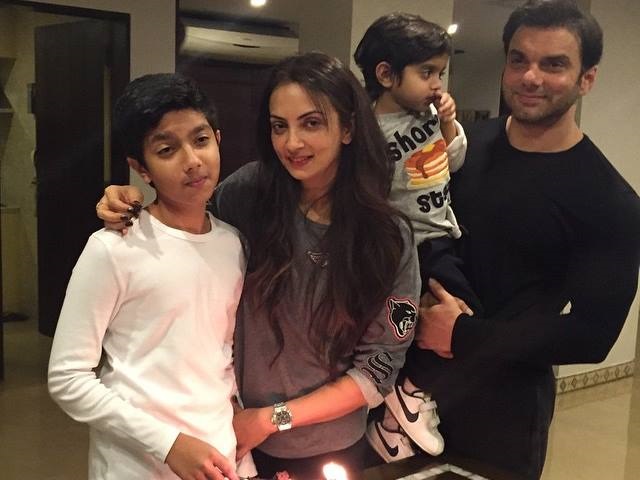 A Muslim guy meets a Hindu girl, but their families refused to accept their relationship. What next? Yes, taking an idea straight out of a Hindi film, they eloped! Yes, exactly! Sohail eloped with his love Seema, apparently on the day when his directorial venture, Pyaar Kiya To Darna Kya, starring his brother Salman Khan, got released. Sohail and Seema tied the nuptial knot in 1998. 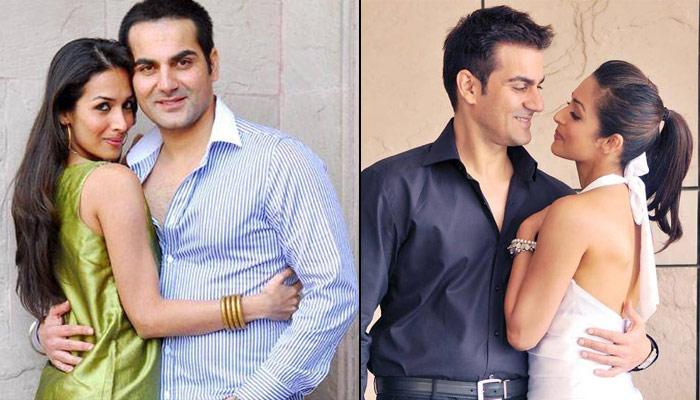 Unlike Sohail, Arbaaz did not elope with Malaika. Rather like an obedient son-in-law, he agreed to Malaika's mom's wishes and had a Church wedding with his girl on December 12, 1998. But their relationship went kaput, and the two drifted apart in 2017. We know we get no eyebrows up for mentioning this one. The chote Nawab and the daughter of Bollywood's most illustrious Kapoor clan tied the knot after being in a relationship for five long years. Saif and Kareena hit off romantically on the sets of Tashan, and after dating each other for a few years, got married on October 16, 2012. Their son, Taimur Ali Khan is an internet sensation. They lived together in Los Angeles (when Imran was taking formal acting training). They had known each other for 10 long years, and since then nothing has changed between the two of them. Today, they are one of the happily married couples of tinsel town. Imran and Avantika tied the nuptial knot on January 10, 2011. Today they are parents of a beautiful baby girl, Imara Malik Khan. 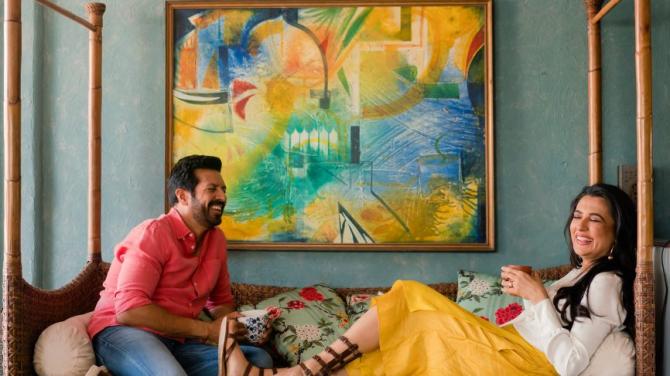 Kabir Khan and Mini Mathur's love story is straight out of the Indian society barriers wherein the father would not allow her daughter to get married outside her clan. But then love knows no boundaries. Kabir Khan literally wooed Mini's father for a year and one day, her dad said to Mini:

"In the one year, Kabir spends the year wooing my dad with books, with chats on world history, with travel stories, politics and everything. So, once after some time had passed, my dad comes to me and says that this Kabir is a very nice boy. Why aren’t you considering him?"

So, these were the Bollywood Khans who married outside their religion and today are proud husbands of beautiful Hindu wives. These celebs have given a new definition to love altogether, isn't it guys. 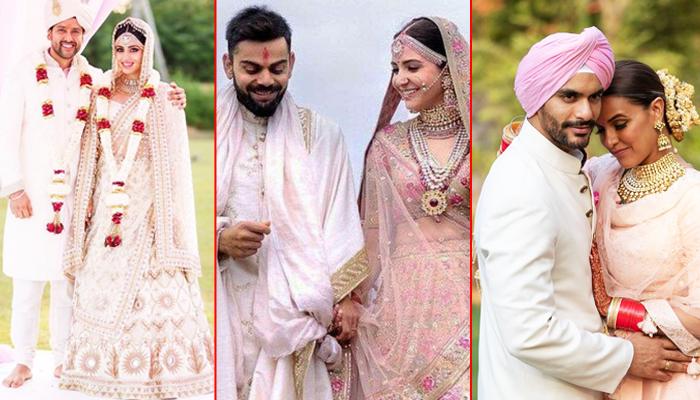