The relationship between the glamour world and the underworld is not hidden. Here's the list of Bollywood divas who fell in love with the underworld dons. Check it out!

Love, as they say, finds you when you least expect it. It has no restrictions and can happen to anybody, it doesn't take into account factors like gender, caste, colour, or line of work. But what if the man you have fallen in love, is not the ideal person? A few Bollywood divas has experienced the same thing as well. 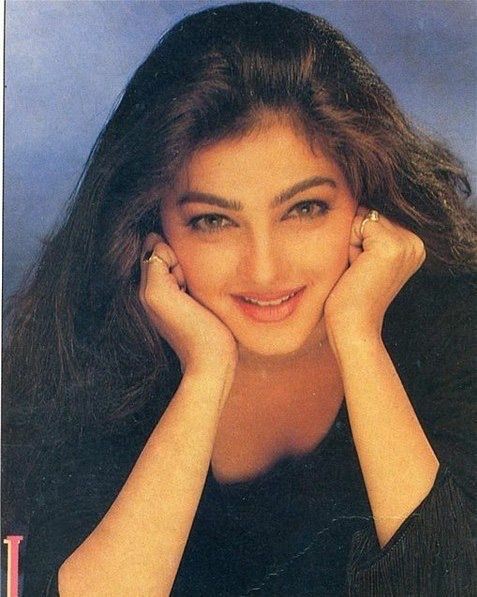 Mamta Kulkarni, a sensation in the 1990s, once dominated the big screen. She became successful shortly after her 1993 debut movie, Tirangaa. The underworld's impact on Bollywood, during this time, was noticeably greater. The underworld mafia used to invest a lot in Bollywood films. Bollywood stars and gangsters have long been the subject of tabloid romance stories. According to the reports, Mamta was dating Chhota Rajan, a henchman of underworld don Dawood Ibrahim. However, Chhota Ranjan's departure from India ended their relationship. 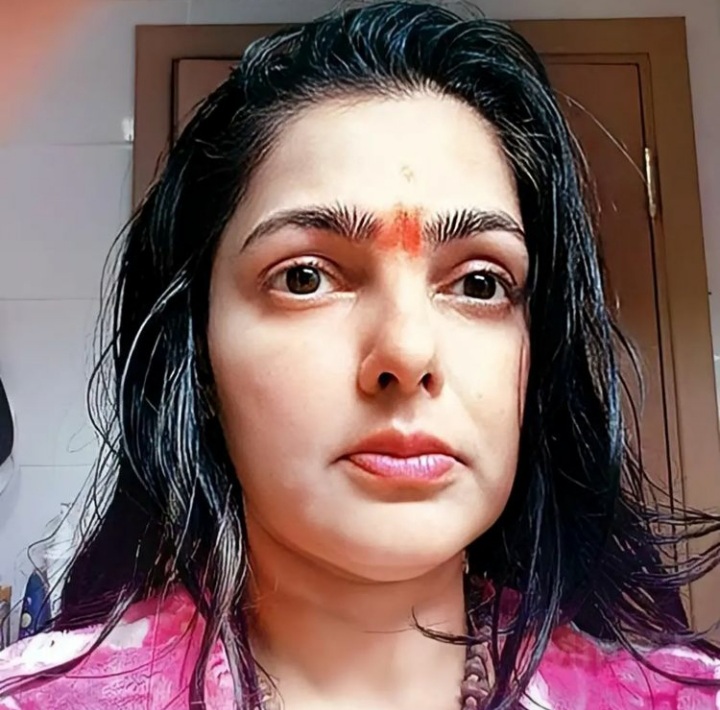 Afterwards, Mamta was at the peak of her career when she disappeared from the entertainment industry. According to the reports, Mamta got married to the drug mafia, Vicky Goswami. Moreover, in 2017, Mamta had hit the headlines when a narcotics raid led to the issuance of a non-bailable warrant against her and Vicky by the Thane Police, Mumbai. 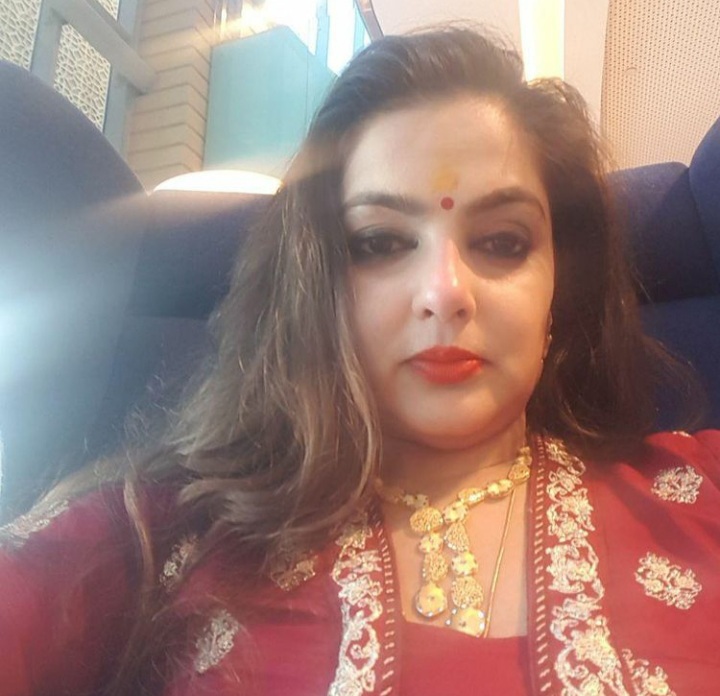 Talking about the warrant, Mamta had asserted at a pre-recorded conference that she did not own Rs. 2000 crore that the police were referring to. Furthermore, she said that whatever she did owns was the product of her laborious savings from Bollywood movies that she had done previously. Even more, she declared that her view on life had changed and that she was fine with the cops taking her possessions, she had stated:

“I am a Yogini, you can take anything from me.” 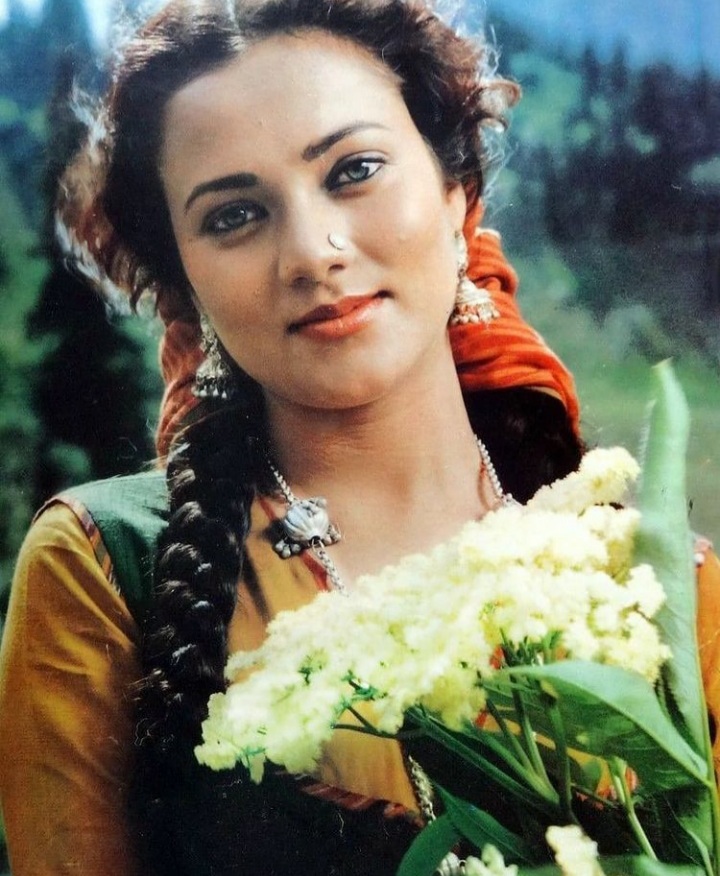 In 1985, Mandakini made her acting debut with Ram Teri Ganga Maili, directed by Raj Kapoor. She won the hearts of the audiences with her very first film. However, the actress gained attention due to her purported romance with the underworld don, Dawood Ibrahim. 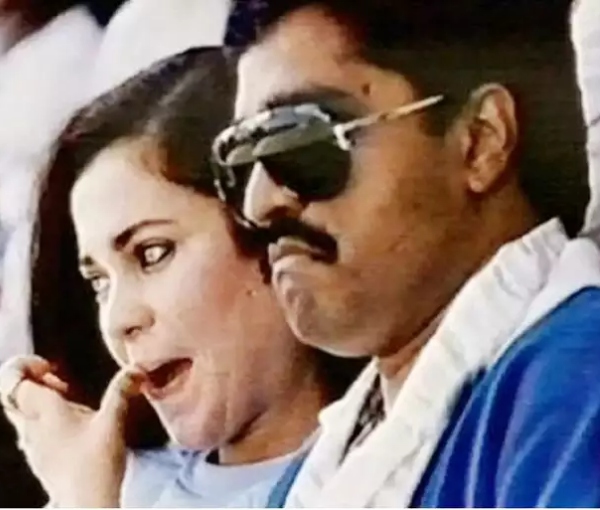 In her professional life, Mandakini was flourishing. Her career, however, started to decline after one of her photos with Dawood Ibrahim went viral. Soon, the actress disappeared from the industry after the release of her 1996 film, Zordaar. Following her conversion to Buddhism, Mandakini married Dr. Kagyur T. Rinpoche Thakur, a monk, in 1990. She now runs Tibetan yoga classes and is a follower of the Dalai lama. However, the actress is all set to make her come back with a music video, Maa-O-Maa.

You May Like: Vicky Kaushal To Kriti Sanon: Celebs Who Were Trained To Pursue Alternate Careers Except Acting 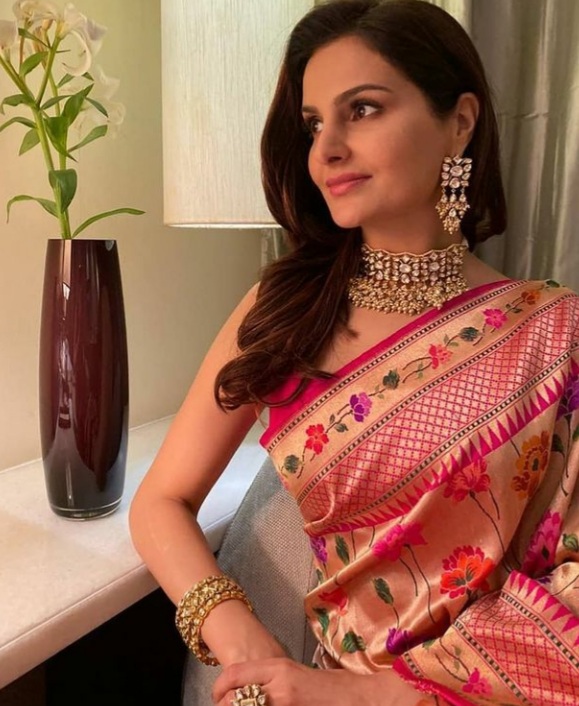 Monica Bedi has worked with actors like Salman Khan, Suniel Shetty, and Govinda. The actress, however, gained attention when her relationship with the underworld don, Abu Salem was publicised. Reportedly, she even got married to him and converted to Islam. 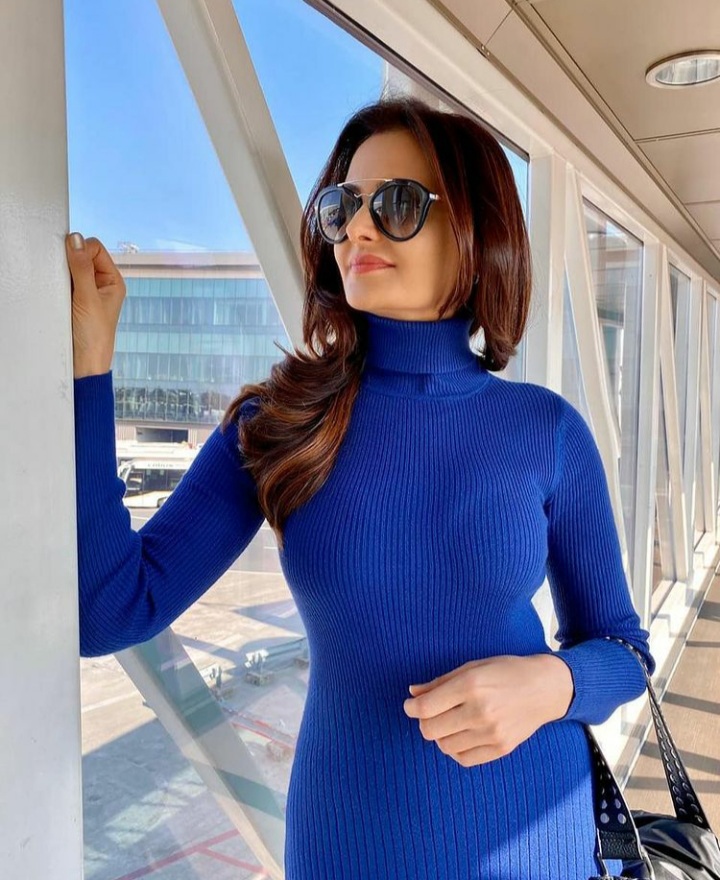 For a very long period, Monica's romance with Abu Salem was the topic of much discussion. According to a report by Filmfare, Monica and Abu Salem met in 1998 at a show in Dubai. Salem had introduced himself as an entrepreneur going by a different name. After Monica went back to Mumbai, she kept in touch with Abu Salem, and gradually the two of them grew close. She recalled the incident and said:

"He stayed in touch with me after I came back to Mumbai. For about nine months, we spoke on the phone daily. I have no idea when we fell in love with each other. After that, I travelled to Dubai to meet him. There he revealed to me that his real name was Abu Salem. I had no idea who he was even then. He was kind, compassionate, and genuine. There was no need for me to go into any further details. You can't look beyond when you're in love. It was pure love from his side." 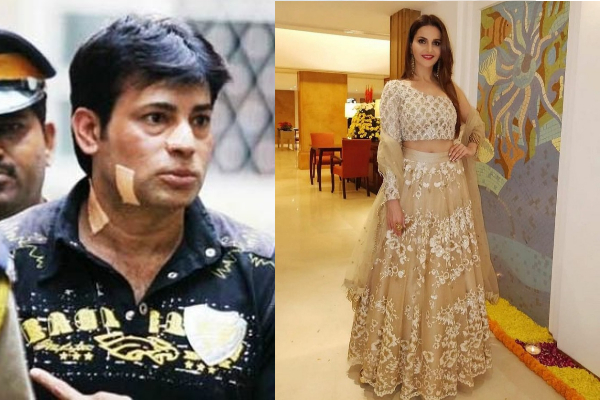 The Libson police detained Monica and Abu Salem in 2002, for entering Portugal using fake passports. They were sent back to India in 2005. After spending two years in jail, Monica was released on bail in 2007. 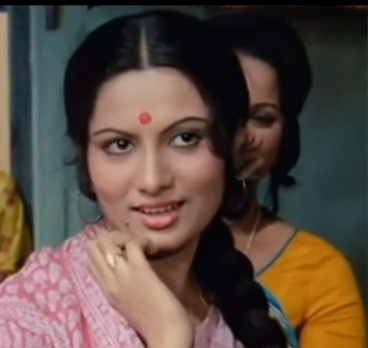 The daughter of renowned director K. Asif, Heena Kausar was an Indian actress of the 1970s. She had made cameo appearances in a lot of movies. Heena made it to the headlines in 1991 after she got married to Indian gangster, Iqbal Mirchi. After getting married, Heena gave up acting and relocated to the UK. She was married to Iqbal Mirchi till his death in 2013. After her husband passed away, Heena Kausar decided to stay in the UK. 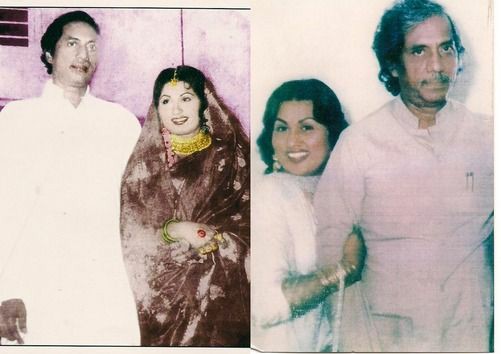 Actress Sona Mastan Mirza worked in Hindi movies during the 1970s and 1980s. She wasn't very well-known, but her relationship with the gangster, Haji Mastan had garnered a lot of attention. The 2010 movie, Once Upon A Time In Mumbai, which is based on the life of Haji Mastan, also depicts their romance. According to the reports, Haji Mastan admired Madhubala greatly and wanted to marry her. However, it was not possible at that time. In 1984, Haji Mastan got married to Sona instead, who resembled Madhubala. 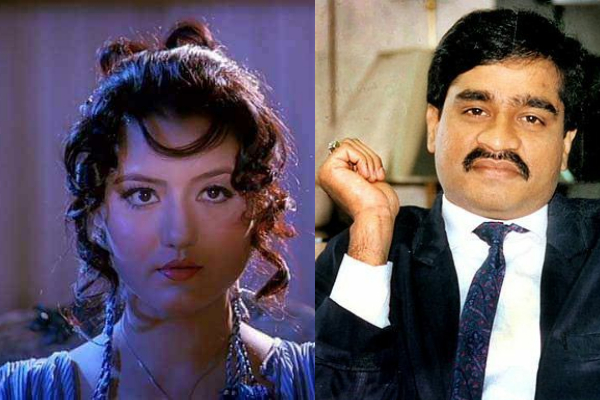 Jasmine Dhunna made her Bollywood debut in the 1979 movie, Sarkari Mehmaan. However, after the release of the movie, Veerana in 1988, she became an overnight sensation. The actress allegedly had a relationship with infamous gangster Dawood Ibrahim. However, since 1988, Jasmine has disappeared from the entertainment world. 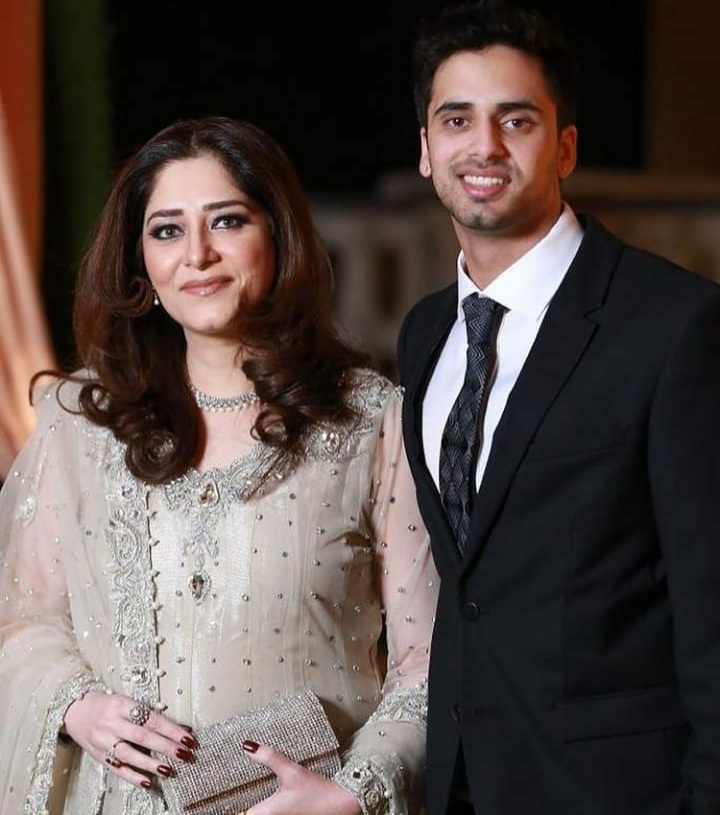 In 1993, the Pakistani actress, Anita Ayub made her Bollywood debut with the film, Pyaar Ka Tarana. She has worked in Bollywood for a very short time. In addition to appearing in movies, Anita competed in beauty pageants and appeared in various advertisements. 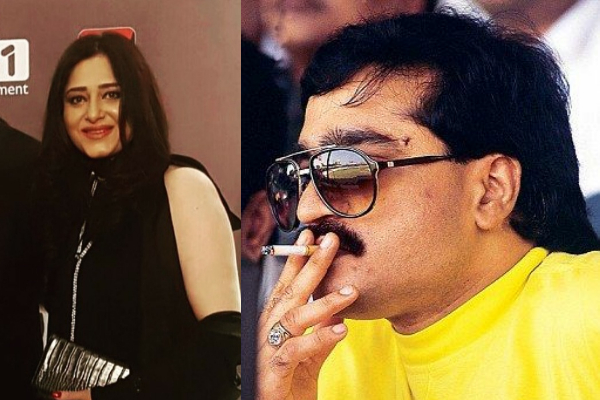 However, Anita gained attention when the information about her linkup with the underworld don, Dawood Ibrahim became public. According to the sources, Javed Siddique, a filmmaker, was shot dead by Dawood's men in 1995 after he refused to cast Anita in his movie. As per the report by Fashion Central, a Pakistani fashion magazine, Anita was reportedly also involved in the Mumbai bomb blasts.

Love has no boundaries, as is often claimed. It either makes you or breaks you. This is what happened to the B-town divas who fell in love with the gangsters; some of them found their life mates, while others had their hearts broken.