Some years back, Anil Ambani and his wife, Tina Ambani had graced Simi Garewal's talk show, 'Rendezvous with Simi Garewal'. Check out a funny clip from the same!

The Chairperson of Reliance Group, Anil Ambani belongs to one of the most affluent families in India - the Ambanis. The business tycoon had got married to the actress, Tina Munim and had started his 'happily-ever-after' with her. The couple is blessed with two kids, Jai Anmol Ambani and Jai Anshul Ambani. Tina and Anil had their shares of ups and downs, but they had never let anything affect their confidence in their marriage. Even today, they never fail to inspire us with major couple goals.

Recommended Read: Kareena Kapoor Once Shared Her Equation With Abhishek Bachchan After His Breakup With Karisma Kapoor

During one of the segments of the show, the show's host, Simi Garewal, who was sitting next to the couple had asked Tina how did she manage with an alcoholic husband. Soon after hearing this, Anil Ambani and Tina Ambani had got surprised, but the three had immediately started laughing. Simi Garewal, too, had immediately accepted that it was a goof up. She was heard saying:

Simi's response had once again made the couple as well as the audience go ROFL. To which, Tina had said she couldn't believe it and had started laughing. Anil Ambani had also jokingly told Simi Garewal that as soon as this interview would go on-air, the shares of Reliance would fall down. He had said:

"This question will lead to a 50 per cent fall in the Reliance share by tomorrow morning."

Also Read: When Neena Gupta Revealed Why She Was Called Bad Girl In College And Shared Her Mom's Reaction 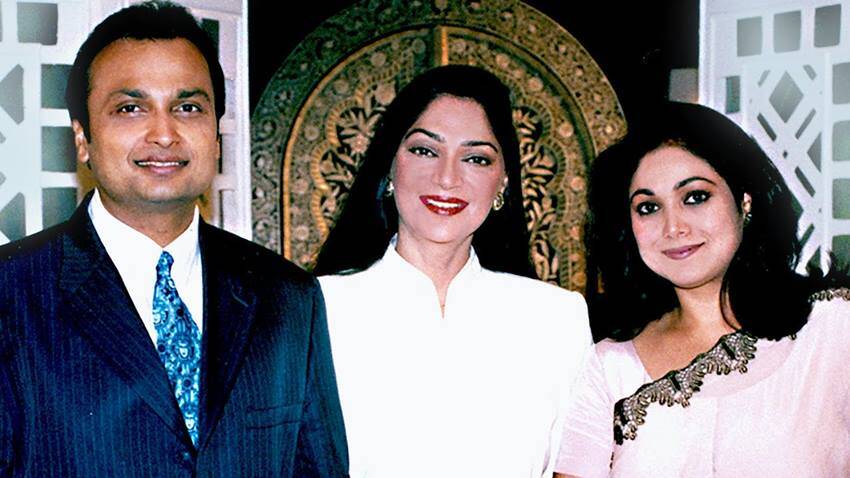 Fast forward to today, Tina Ambani and Anil Ambani are currently on cloud nine as their elder son, Anmol Ambani had got married to the love of his life, Khrisha Shah in February 2022. The elated parents are enjoying their lives to the fullest, and being an avid social media user, Tina Ambani has been sharing glimpses of the new phase of her life. For instance, to welcome her bahu, Khrisha into the family, Tina had posted an adorable family picture featuring her hubby, Anil Ambani, and the newlyweds, Anmol and Khrisha. Along with the picture, Tina had penned a heart-melting note, which could be read as: Tina Ambani and Anil Ambani's marriage is a fine example that every relationship needs hard work and trust to grow stronger.