15 Bollywood Actors And Their Lesser Known Wives Who Prefer A Low-Profile, Stay Away From Limelight

15 Bollywood Actors And Their Lesser Known Wives Who Prefer A Low-Profile, Stay Away From Limelight 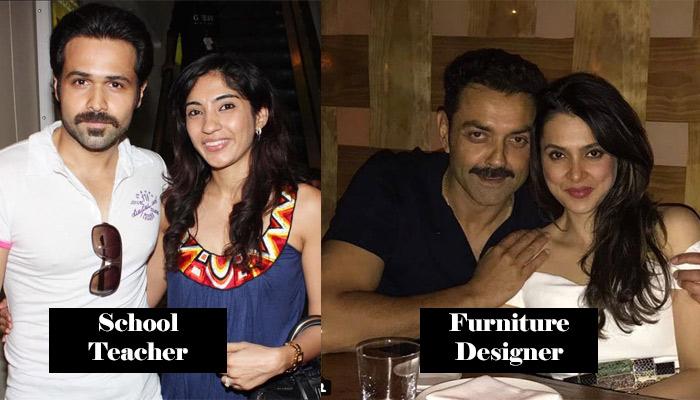 Being a Bollywood celeb’s better half can be a bit overwhelming at times. All the cameras, paparazzi’s unwanted attention and limelight may make one cringe and crave for a normal life. This can be one of the reasons why many of the spouses of famous Bollywood celebs prefer to stay out of the glitz and glamour of the limelight, and the life that comes with it. They remain the silent supporters of their partners while making sure they stay away from the limelight. Let us have a look at fifteen such Bollywood spouses, who support their partners in the industry, from a distance.

Recommended Read: Bollywood Husbands Who Cheated On Their Wives

An all-rounder for sure, this world-famous actor married a writer, Sutapa Sikdar, in 1995. The couple met during their venture at NSD (National School of Drama) and fell in love. Sutapa Sikdar is a scriptwriter in Bollywood, while her husband, an internationally famed actor has been at the receiving end of appreciation for his work. Irrfan gets his strength from his partner; who prefers to stay behind the cameras. The couple stands proud parents to two sons, Babil and Aryan.

Must Read: 7 Single Telly Moms Who Did Not Need A Man To Succeed In Life

Priya Runchal broke a lot of hearts when she went ahead to marry this hot star! After almost a decade of dating Bollywood actress Bipasha Basu, John Abraham parted ways with her. He then met Priya, an investment banker and financial analyst from the USA. The duo is said to have met via mutual friends in 2010. She has always been a support for John and yet stayed away from celebrity limelight. The support must be really strong, as it would have been a little tough watching girls drool over your better half all the time.

We would like to have some serious applause here for the ‘serial kisser’s’ wife. Really, being the support system of your husband (and boyfriend earlier) with such a title in the industry needs some serious understanding. And, Emraan has been lucky enough to have a partner who does just that. Parveen Shahani got married to Emraan Hashmi in 2006, after almost six and a half years of courtship. She works as a teacher in a pre-school. She has stood by him through thick and thin, and yet kept away from the limelight. This beautiful couple welcomed a healthy baby boy, Ayaan in 2010. During their son's fight with cancer, both Emraan and Parveen stood like pillars of strength for each other.

Vivek Oberoi is the star with a cute smile, heart-melting bangs and a voice that is made of dreams. The kind-hearted guy who believes in silently working towards his goal has a beautiful life back home. Even though the star has been missing in action for some time now, people adore him for his work. Married to Priyanka Alva, daughter of Karnataka minister, Jeevaraj Alva, Vivek is known to be a loving husband and a doting father. The couple welcomed a daughter on the auspicious occasion of Akshaya Tritiya in April 2015, Ameyaa Nirvana and also are proud parents to two-year-old son Vivaan Veer. Away from the cameras, the star is trying to give a normal life to his wife and kids.

Sharman Joshi is married to Prerna Chopra, daughter of veteran actor Prem Chopra. Even though she is from a star-studded family, Prerna has rarely been seen in the limelight. With both her husband and father being huge names in the industry, the girl chooses to stay away from the camera and believes in showing her support to her hubby far away from the flashlights.

Unlike his brother’s ex-wife Malaika Arora Khan, Sohail Khan’s wife Seema Sachdev prefers to keep things low-key. She is rarely seen out in the media, even though they have been married since 1998 (Phew! Really!). When her family refused to marry her to Sohail, they had no other option but to elope in a completely Bollywood style. However, Sohail's family later accepted them and the couple has two children- Nirvan and Yohan.

This rapper, who is the heartthrob of many girls worldwide, is married to Shalini Singh since 2011. For a long time, nobody even knew that he was married! She came out in the media only on an episode of India’s Raw Star, which Honey Singh was judging.

Madhavan met his wife, Sarita Birje at a public speaking class he was giving and she was, well attending that very class. She was an air hostess before they got married in 1999, and the rest, as they say, is history. Their successful marriage has been cited as an example by media. Sarita Birje prefers to stay out of the limelight. She has actually assisted in costume designing in a few of his films. 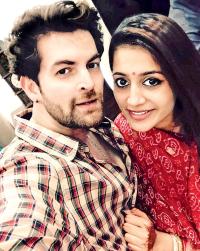 Neil Nitin Mukesh surprised everyone when he decided to tie the knot with Rukmini Sahay in an arranged marriage setup in 2017. His better-half has studied aviation and is from Mumbai only. They met through their parents and clicked. After dating for a few months, they two got engaged in an intimate ceremony. The lovely couple is expecting their first child in a few months.

He is one of the finest actors in Bollywood, known for their raw acting. Nawazuddin’s love life is rather interesting. He was in a live-in relationship with Anjali but the two parted ways. Nawaz went on to marry someone else and that marriage soon ended. After his first marriage failed, he met Anjali again and realised that Anjali is the one for him and went on to marry her. She even changed her name to ‘Zainab’ during their nikaah.

Take a look: Nawaz Reveals Why His First Marriage Failed And How Second Marriage With Ex-GF Worked

Govinda met Sunita as his mama’s wedding. His mama ji is married to Sunita’s elder sister. Govinda used to put up with his uncle where Sunita would often come to see her sister. From not liking each other at all, to falling in love with each other. Their love-cum-arranged marriage took place in 1987. His wife has been a pillar of strength for him and his family, his mother loved Sunita like her own daughter. They even took the seven vows again on their 25th wedding anniversary. 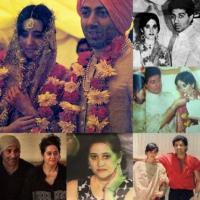 Not much is known about Sunny Deol’s wife but what we all is that she is a camera-shy person and prefers to stay away from the limelight. Pooja is from the United Kingdom and it was an arranged marriage. The two met, liked each other and decided to enter the holy matrimony in a simple and traditional manner. Sunny once revealed that his wife is an introvert and chose to stay away from the limelight, just like his mother.

Must Read: Sunny Deol's Extra-Marital Affair With Married Dimple Kapadia Still Not Over, After Almost 30 Years 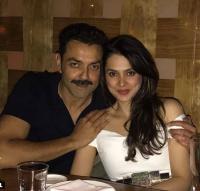 Unlike his big brother, Bobby had a love marriage with his girlfriend, Tanya, who he met at a restaurant and fell in love. Tanya and Bobby had a traditional wedding in 1996 and are blessed with two sons. His wife is a furniture designer by profession and likes to stay away from the limelight.

Himesh met this pretty lady and fell head-over-heels in love with her. The only problem was that when he Sonia, he was already married to his first wife and even had a son. After ending his marriage of 22 years with first wife, Komal, Himesh tied the knot with Sonia in a secret wedding. Sonia and Himesh got married at his home on May 11, 2018. Not many people know that Sonia was a famous television actress in late 90s and early 2000’s as she did shows like Remix, Kkusum, Parrivaar etc.

Check Out: After A Hush-Hush Wedding, Himesh Reshammiya And Sonia Kapoor's Honeymoon In Dubai, Pics Inside! 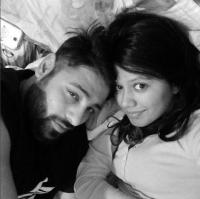 Bollywood rapper, Badhshah, loved for his music and foot-tapping songs like Abhi To Party Shuru Hui Hai, Ladki Beautiful Kar Gayi Chul, Tareefan etc. is a happily married man and also a father to the little baby girl. Badhshah and Jasmine had a love marriage and were blessed with a baby girl in January 2017. Not much is known about his wife and daughter, but what we know is that they live in London, UK.

These star wives have remained a silent backbone for their spouses and ensured that peace and harmony always remain in their lives. The phrase is almost too apt to be used here, 'behind every successful man there is a woman'!