A sneak peek into Nawazuddin Siddiqui's personal life- why his first marriage failed and how he found solace in his ex-girlfriend, Aaliya. Nawazuddin and Aaliya married 5 years after they started dating and a decade later, the latter had filed for divorce. 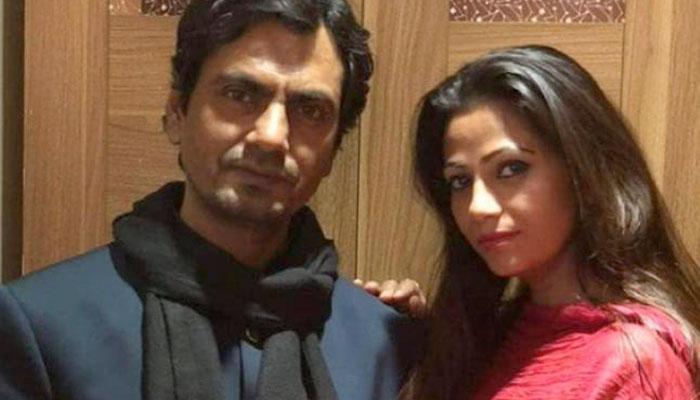 Nawazuddin Siddiqui is a famous name in India, not only for his impeccable acting but also for his simple life and humble background. The NSD graduate, Nawazuddin was one of the less controversial celebs in India, who had always prefered to stay away from the headlines. Until, the autobiography of Nawazuddin, An Ordinary Life: A Memoir, was released in 2017.

Recommended Read: Rashami Desai Opens Up On Physical Abuse In Her Marriage And Divorce With Nandish Sandhu

In 2017, the Gangs of Wasseypur fame, Nawazuddin Siddiqui had made the headlines for his, An Ordinary Life, A Memoir, co-authored by Rituparna Chatterjee. Nawazuddin's biography had detailed chronicles of everything about his life, personal life as well as his struggling journey to fame. The memoir had given his fans a sneak-peek into his yet untapped life, especially his personal and the one he had lived before becoming a prominent name in the industry.

One of the most intriguing and eye-catching parts of the book had detailed his love life and marriage. Let us unravel his married life through the excerpts of his book.

So, how did the problems arise in his dating phase with his girlfriend, Anjali?

“Anjali and I continued to live together. We were madly in love but it was a tumultuous relationship, the course of which changed randomly, driven by fury. Her love was deep, her temper short. We quarreled every few days or she would get upset. And ever so often she would pack her bag and storm out in a fit of anger, to stay with a friend at Lokhandwala. Sometimes I would follow her, plead for forgiveness and cajole her to return home. This became a sort of a ritual, like a cassette tape annoyingly put on repeat.”

Did Nawaz marry the girl, whom he loved so truly, madly and deeply?

“Although I loved her very much, I thought she might be too risky to get married to. So I decided to not get married at all. The saga of love and running around in circles continued for something like a year and a half.”

What happened then? With the decision of not marrying Anjali?

“Then came a time when she did not return for a very, very long time. I forget the exact length of time. I was rather fed up of running around like this repeatedly. Even though my heart pined for her, I did not go to get her. The prolonged period turned into a silent break-up. I think nowadays they call it 'ghosting'. The loneliness was getting to me now.”

So what now? With no contact from Anjali for more than a year, what did Nawaz decide?

“Ammi picked a lovely girl called Sheeba who hailed from Haldwani, which is near Nainital. I got married a few months before the shoot of Patang. Ahead of Haldwani, lie Bijnor, Najibabad, etc.; most of Sheeba's family had settled in Haldwani and around it. Anjali had disappeared for almost a year; there had been no word from her at all.”

And so Nawaz got married!

“I got married and went to shoot Patang in Ahmedabad, tagging Sheeba along. We lived together for nearly two months. The crew of Patang knows her well. Then she went home and I went on to shoot my next film. Sheeba was a wonderful girl with a heart of gold but her brother was very intrusive. He interfered in our marriage constantly.”

And quite evidently, the marriage wasn’t a successful one and the couple saw each other at court.

“Before I had set off for the court, Ammi too had advised me on similar lines. 'If you feel there is even a teeny bit, even a drop of love left between the two of you, suleh kar lena (go for a compromise). Tell the judge then that you have made a compromise and you two want to live together.' Her voice rang in my ears, her advice swirled in my head in a loop. I tried to make eye contact with the woman who was still my wife, but might not be within a matter of minutes. Her eyes were often lowered or gazing elsewhere. Perhaps it was a mismatch of moments. I tried again and again and again, my desperate, apologetic eyes seeking hers, but I just could not get her to look at me. (I got plenty of eye contact from her brother though.)”

What did Sheeba want and what happened eventually?

“Our hearing began. the judge called Sheeba and asked her, 'What do you want?' She replied, as if with a sense of urgency, 'I want a divorce. These guys have tortured us.' My heart sank on the spot. My lawyer, to whom I had communicated ammi's wishes as my own which indeed they were, whispered in my ears what I already knew, 'They have asked for divorce. There is nothing we can do now. I'm sorry, Nawaz."

Also Read: Juhi Parmar Reveals How She Had Shared The News Of Her Divorce With Daughter, Samaira

And then, his first love returned in his life. Nawaz and Anjali met each other years later and had begun dating in 2004.

“Anjali and I began to meet again and soon after, we got back together. She would arrive very upbeat, with a confi dence that my house was her own. She treated the tiny space—which then was still the one-room flat in Malad—as if it was her own. It was lovely. Her presence soothed me. But something was different. This time, she demanded marriage right away. She insisted upon it continuously. I was afraid: what if she repeated her ways of leaving in bouts of anger? she persisted, trying to assure me that she would not. In Budhana, we, especially the elders, believe that any spoilt child—a spoilt youngster actually— is bound to mend his or her ways once she or he gets married.”

And finally, Nawazuddin had married his first love.

“During the ceremony, the mullah told Anjali that she would need a muslim name for the nikah, while her Hindu name would be in brackets. 'Zainab,' Anjali said instantly. 'You can keep my name Zainab.' I was completely shocked and looked at her wide-eyed in silent bewilderment. How did she come up with a random name like that on the spot? Your name is your identity. How could you change it just like that?”

But even his marriage with Anjali a.k.a., Aaliya Siddiqui didn't work and in 2020, she has filed for the divorce. Nawazuddin Siddiqui and Aaliya are parents to two children, Shaura Siddiqui and Yaani Siddiqui. And Aaliya is fighting for the sole custody of her children. Reasoning her decision to part ways with her husband, Nawazuddin, Aaliya had shared in an interview with the Bombay Times:

“There are a lot of things that I don’t want to bring in the public domain as of now, but our problems started soon after we got married over a decade ago. Two months of lockdown gave me a lot of time to introspect. Self-respect is extremely important in a marriage. Woh meri khatam ho chuki thi, I didn’t have that. I was made to feel like a nobody, I always felt alone. His brother Shamas was also an issue. I have gone back to my original name, Anjali Kishor Pandey. I don’t want to be reminded that I am using someone’s identity for my benefit.”

In regards to seeking sole custody of her children, Shaura and Yaani, Aaliya had continued:

“I want to go with the flow. I haven’t thought much about the future, but I don’t want this marriage anymore. There are no chances of reconciliation. I have raised them and I want their custody.”

Aaliya's lawyers confirmed the news of the divorce and revealed the details about the same. They were quoted as saying:

"Yes, it is to confirm that we have sent a legal notice to Mr Nawazuddin Siddiqui. The notice was sent on behalf of Mrs Aaliya Siddiqui on May 7, 2020. Due to unprecedented COVID-19 times, the notice could not be sent through speed post. It has been sent through email as well as WhatsApp. Mrs Siddiqui, our client, has also said the notice through WhatsApp. However, Mr Siddiqui has not responded till date. I think he is just keeping quiet regarding the notice and ignoring it. The notice has been sent claiming maintenance and divorce. I would not like to get into the details of the notice regarding what are the contents and what are the allegations, but let me tell you that the allegations are quite serious and those are very sensitive to Mr Siddiqui as well as his family members."

Next Read: Shahid Kapoor's Mom, Neliima Azeem Opens Up On Her Divorce With Pankaj Kapur And Difficult Times

Excerpts have been taken from An Ordinary Life, A Memoir, by Nawazuddin Siddiqui with Rituparna Chatterjee, and published by Penguin Random House India.