Bollywood star, Sonu Sood had started his career as an actor in 1999, but not many people know that he was a married man before entering the film industry. Scroll down to know more!

Indian producer, actor, and humanitarian, Sonu Sood is an inspiration for many. Before the year 2020, Sonu Sood was recognised for playing the role of antagonist in hit Bollywood movies. However, Sonu Sood had turned into a real-life superhero for many when the COVID-19 pandemic had changed the course of our lives last year.

Sonu Sood has not only established a name in the hearts of many Indians with his films but also with his philanthropy work. However, not many know much about his personal life. Well, let us share with you that Sonu Sood’s love story is not less than a film’s plot. Before starting his career, the actor had fallen in love with a Telugu girl, Sonali and had tied the knot with her. Scroll down to take a look at Sonu Sood’s inspiring love story! 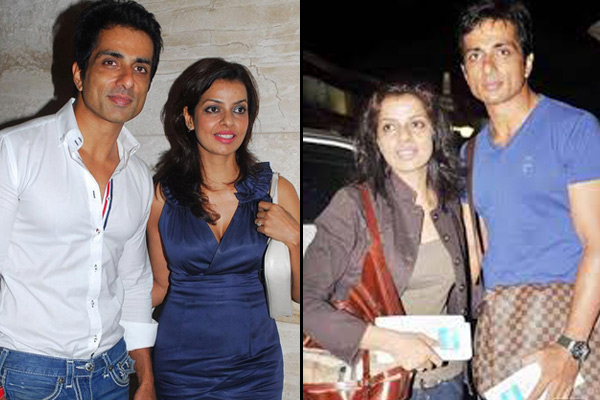 Sonu Sood’s wife, Sonali Sood is one of the lesser-known celeb wives, who does not fancy the media attention but stands by her husband through the thick and thins of his journey. The couple prefers to keep their private life away from the public eye.

Recommended Read: When Sonu Sood Called Himself 'A Hands-On Daddy' And Proved It Perfectly Sonali Sood, wife of Sonu Sood, was born in Nagpur, Maharashtra. Sonali Sood holds an MBA degree from Nagpur University. She is a renowned film producer by profession, a homemaker, and a mother of two kids, Ishant Sood and Ayaan Sood.

Sonu Sood, who is now 47-years-old (as of May 2021), had met the love of his life, Sonali Sood when he was still studying. It was during Sonu’s engineering days in Nagpur when they had started dating each other. Sonali, who was then-girlfriend of Sonu, was also a college-goer and was in Nagpur for an MBA degree. So, meeting Sonali in Nagpur was something that was destined to happen in his life.

From lovers to partners, Sonu Sood and Sonali Sood's happily ever after It is a blessing for every person to marry their first love. And Sonu Sood and Sonali Sood are one of the luckiest couples as they had ended up tying the knot with each other. Sonu had fallen in love at a fairly young age and since then, Sonali is the only woman in his life. It must be a wonderful experience for him to have the same person through every stage of his life. Isn’t it? Sonu Sood and Sonali Sood had exchanged the wedding vows on September 25, 1996. And after the entry of his missus, Sonu Sood’s journey into the films kickstarted in the year 1999. So, way before entering films and modelling, Sonu was already a married man. The couple has two sons, Ishant and Ayaan, and the celebrity kids are away from the limelight. 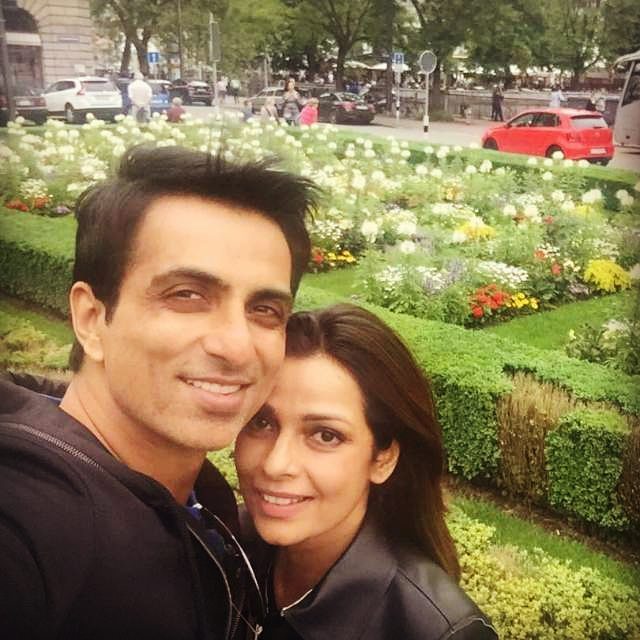 It is believed that behind every successful man, there is a woman, and Sonu Sood’s wife, Sonali Sood proves this quote right. She never stopped Sonu Sood from lending a helping hand to the less-privileged during the Coronavirus pandemic. We remember in an interview with The Times of India, Sonu Sood had revealed how his wife, Sonali Sood had not uttered a word when she had shifted with him to a 1BHK flat in Mumbai post-wedding. The actor had shared:

“She is an Andhra-ite and is the first girl who came into my life. Even after I got married, there were three struggling boys still staying with us in a 1BHK. She was supportive of that and even today, we always have food for at least 10 extra people made in our house as ours is an open house. Initially, she was not happy when I wanted to be an actor, but today she’s proud of me.” 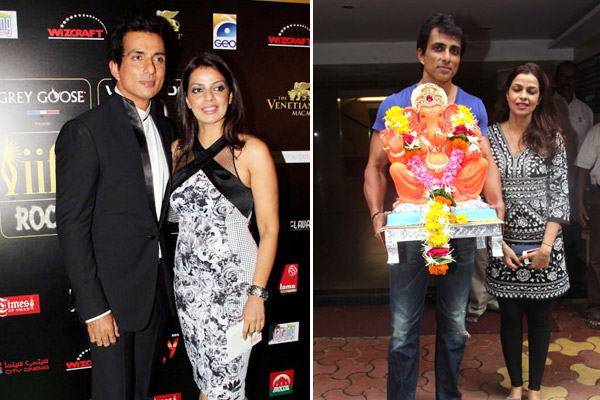 Sonu Sood, who was born on July 30, 1973, has created a niche for himself by acing his role as the antagonist in hit films. It’s been 21 years since he had started his career in Bollywood and he is considered to be one of the highest-paid actors in the industry. As per reports, Sonu Sood’s net worth is calculated to be somewhere around Rs 130.339 crores, which is 17 million dollars. And Sonu Sood’s yearly salary is reported to be around more than 12 crores. Bollywood actor, Sonu Sood is hailed as a superhero when the nation is fighting the biggest pandemic of all times. Sonu Sood has helped thousands of migrant workers during the tough phase. He had arranged special buses for the migrant workers, who were left stranded during the lockdown 2020. However, not many know that it was Sonu Sood’s wife, Sonali Sood, who had given him the strength to pursue his heart’s calling and help those in need.

Sonu Sood and Sonali Sood are each other's silent supporters 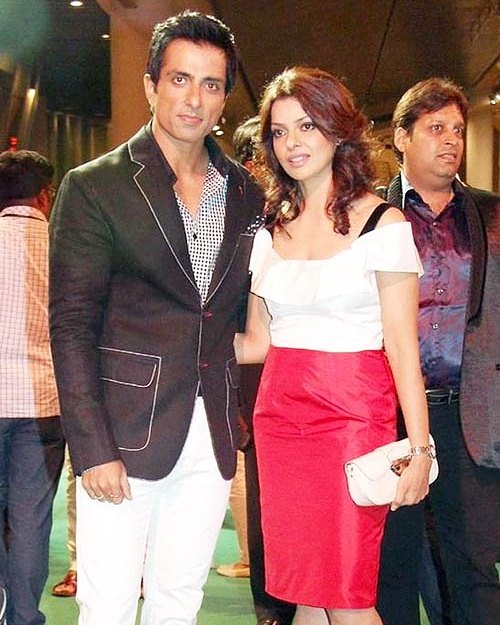 For Sonu Sood and his ladylove, Sonali Sood, marriage was much more than simply staying together. Both played an important role as a spouse to lift each other during hard times. Sonali married Sonu when he was not a celebrity and was facing a difficult period. Sonu Sood has never expressed his romantic or emotional connection with his wife to the media. Though Sonali accompanies her star husband to parties and events, she has always maintained her privacy. So, the way in which they both support each other makes a big difference in their day-to-day life. Sonu’s stardom hasn’t affected their personal bond in any way.

Sonu Sood’s love story proves that an A-list career and successful marital life can go hand-in-hand. What we need to learn is that the couple has always been affectionate towards each other and have kept their personal life above anything else. Just like any other couple, they are madly in love and stand by each other like pillars. Way to go Sonu and Sonali!