Happy 47th Birthday Sonu Sood: When Actor Called Himself 'A Hands-On Daddy' And Proved It Perfectly

Happy 47th Birthday Sonu Sood: When Actor Called Himself 'A Hands-On Daddy' And Proved It Perfectly

Bollywood actor, Sonu Sood is celebrating his 47th birthday, and we bring to you an interview in which the actor had given proofs of him being a hands-on father in real life. Find out!

Bollywood actor, Sonu Sood has done a lot of negative roles in Bollywood and has made a massive fanbase for himself across the country. But no one knew that in the most critical and devastating times of our lives because of the COVID-19 pandemic, he'd be our messiah. Sonu Sood has emerged as a real hero for the poor, needy people, and students. His actions have made him the country's favourite human and netizens are simply in love with his will of setting up a great example of humanity in front of everyone. The civilians are demanding the prestigious award, Bharat Ratan for him and he deserves it. (Recommended Read: Dhirubhai Ambani's Rare Photo With Daughter, Deepti Salgaonkar Is An Epitome Of Father-Daughter Love)

Well, today marks the 47th birthday of this star, and not many people are aware of the fact that he's a hands-on father in real-life. Scroll down to know it all, and you'll surely fall in love with him all over again!

Sonu Sood Misses His Mother On Her Birth Anniversary, Shares Rare Bridal Pictures From Her Wedding 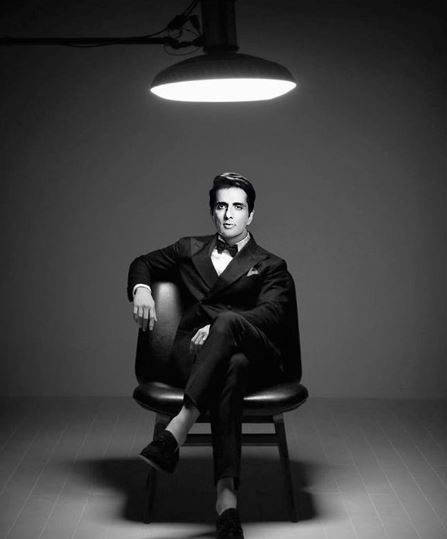 In an interview with The Indusparent, Bollywood actor, Sonu Sood was asked about his experience of holding his firstborn, Eshaan for the first time in his hands. On which, the actor had revealed, "It was an extraordinary emotion, I was excited and nervous and feeling responsible. I was wondering what sort of a father I would make it! It was beautiful." When asked about what kind of a father he is according to him, the actor had quickly replied, saying that he's a hands-on dad, when he's not shooting. Giving proofs about the same, he had said, "Well, when Eshaan was born, I would do every single thing for him. When he would go to school, I would be the one to wake him up and dress him. I would even sing songs to ensure that he stays awake and doesn't nod off!" 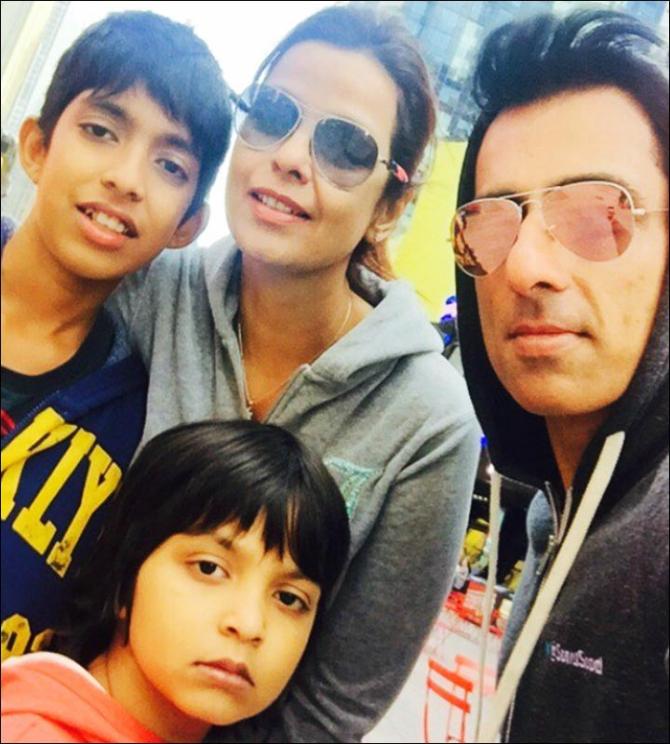 Well, that's pretty amazing! He had also talked about the time when his second son, Ayaan, had entered in their lives. He had revealed, "Actually, I did the same things for Ayaan, though I must confess that when he came into our world, I was busier with work. It was a new phase in my career, and people had started recognising me. So if I could take Eshaan to the park and go horse riding with him when he was young, I couldn't repeat that with Ayaan, but I could take him on holiday abroad!" Well, that's not a bad consolation for Ayaan for sure. (Don't Miss: Shah Rukh Khan's Reply When Asked If Wife, Gauri Walks In On Him Shooting Romantic Scenes Is Witty) 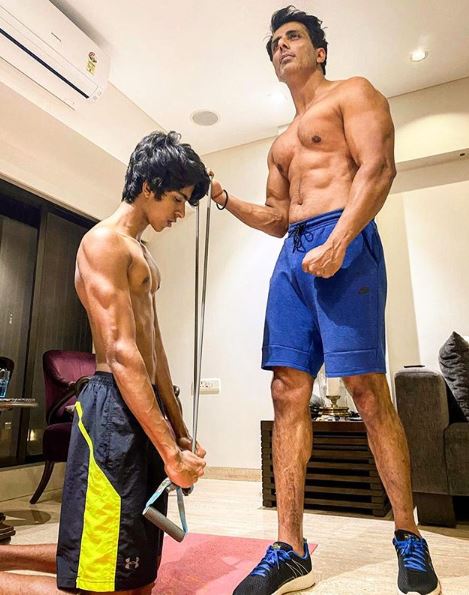 Well, apart from establishing his name in the industry, he had also carved out a corner in his life for some love and romance. Yes, before he struck big as an actor, he had dated and married a common girl named Sonali. For the uninitiated, Sonali Sood does not fancy the media attention and has been supporting her husband in his life's every step since the beginning of their marital life. Sonu Sood had met Sonali during his engineering days in Nagpur, and the couple had begun dating each other. Sonali too was a college-goer and was in Nagpur for an MBA degree. So, meeting Sonali in Nagpur was something that was destined in his life. 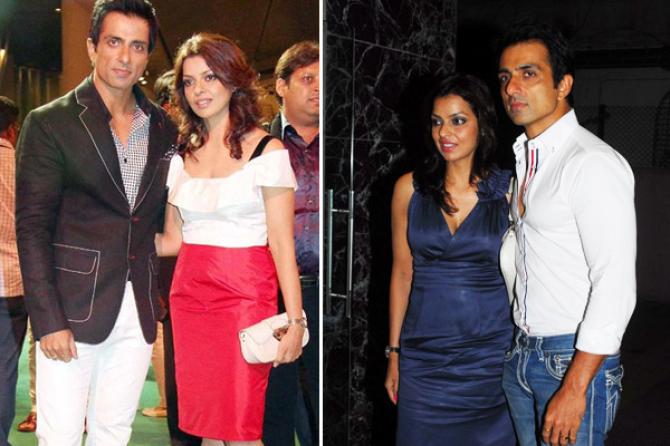 Sonu Sood was fortunate enough to end up marrying the person with whom he had fallen in love for the first time. Following their not-much-talked-about courtship, Sonu and Sonali had exchanged the marital vows on September 25, 1996. So, way before entering films and modelling, Sonu was already a married man. The couple has two sons, Eshaan and Ayaan and the celebrity kids are away from the limelight just like their parents. Sonu Sood's love story proves that an A-lister's career and successful marital life can go hand in hand, but we have to admit that Sonu Sood is a true inspiration for everyone. He's a brilliant actor, a doting son, hands-on daddy, faithful lover, and above all, a genuine human being. (Also Read: 12 Bollywood Actresses Who Were Already Married Before They Entered Bollywood)