Here we bring you a list of Bollywood actresses, from Priyanka Chopra to Anushka Sharma, who openly talked about their past face-lifts.

Being a woman is tough! As the world is setting new beauty standards with each passing day, it is pretty obvious to get frustrated. Suddenly, your body type becomes everyone’s business; people start commenting on your skin colour and choice of clothes. Be it real life or Bollywood, the awful and problematic obsession with flawless beauty is unrealistic and a lame thing to follow in the 21st century.

In B-town, even celebrities start to feel insecure about how they look. Though going under the knife is ultimately a woman’s personal choice, many hesitate to talk about their cosmetic surgery in public. But, there are some divas who are bold, fierce and quite open-minded to share an unfiltered opinion about their plastic surgeries. Here we bring you a list of Bollywood actresses, from Priyanka Chopra to Anushka Sharma, who openly talked about their past face-lifts. Priyanka Chopra is not just an actor, but a successful film producer, author, entrepreneur and global influencer. Perhaps, India’s only global superstar at the moment, PeeCee sets the bar too high! In 2000, the dusky beauty won the crown of Miss World and made the whole nation proud. However, even after winning a beauty pageant, she was not immune to trolls and body shaming in Bollywood. In her memoir titled Unfinished, Priyanka Chopra Jonas opened up about her botched nose surgery. She penned that at that time, she thought polypectomy was a routine job. However, she and her mom, Madhu Chopra, were horrified upon removing the bandage. In her words:

“I was having trouble breathing. This is a problem someone with asthma can’t ignore. I ended up seeing a doctor recommended by a family friend, who discovered a polyp in my nasal cavity that would need to be surgically removed. While shaving off the polyp, the doctor also accidentally shaved the bridge of my nose and the bridge collapsed. When it was time to remove the bandages and the condition of my nose was revealed, Mom and I were horrified. My original nose was gone. My face looked completely different. I wasn’t me anymore.” 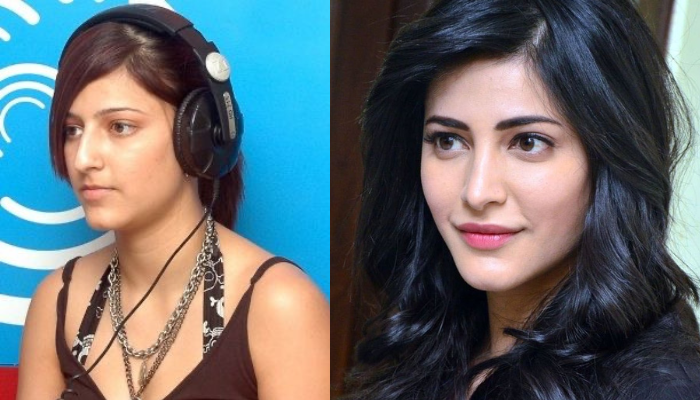 Shruti Haasan is the daughter of iconic actor, Kamal Haasan. From hitting the headlines for speaking out her bold thoughts in public to attracting attention due to her alleged relationships with the industry's big names, Shruti is also known for her sartorial taste. Before turning into an actress, Shruti was a playback singer. She has proved her acting prowess in both South Indian cinema and Bollywood. Once in an interview with a media portal, she candidly talked about her decision to opt for cosmetic surgeries and admitted that she is not ashamed of her decision. She had said:

“I think there is and there isn’t. There was a time I listened to the pressure. As far as my nose surgery goes, it’s a choice I made, even after my first film was done because my nose was broken. I didn’t like the way it felt. I didn’t like the way it looked. It was a personal choice. Nobody asked me to fix it. I’m happy to say this is my life, my face and yes, I’ve had plastic surgery which I’m not ashamed to admit. Do I promote it? No. Am I against it? No. It’s just how I choose to live.” After her appearance on Koffee With Karan 5, Anushka Sharma was mercilessly trolled on Twitter for her pumped-up lips. While some wondered how her facial structure changed overnight, others claimed she had gone under the knife. Instead of staying hush-hush about the controversy, Anushka chose to come out in public and reacted to her plastic surgery rumours. The actress mentioned that she had been using a lip-enhancing tool for her role in the film, Bombay Velvet and the surgery rumours were all fake. She had shared:

“I have nothing to hide. So when I spoke about my lip job, a lot of people called me brave for coming out. But I did what I had to (for my role in ‘Bombay Velvet’). I’m not going to lie and say I didn’t. I had to take ownership. I wanted fans to know that I’m human and not perfect. For a short while now I have been using a temporary lip-enhancing tool and that along with makeup techniques (I have learned over the years) is the reason why there might be a change in the appearance of my lips. I have by no means gone ‘under the knife or done any kind of ‘plastic surgery’ or undergone any intrusive procedure.”

Also Checkout: 6 Tinsel-Town Divas Who Opted For Plastic Surgery And Flaunted Their Transformation With Pride 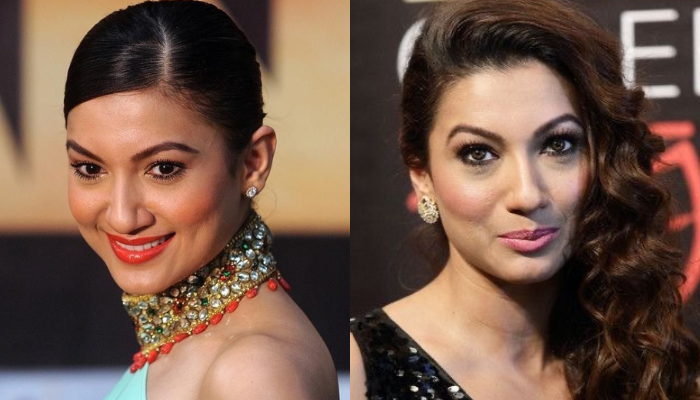 Bigg Boss 7 winner, Gauahar Khan is known for her sartorial choices and for sharing an unbiased opinion on Twitter about anything and everything. After participating in the beauty contest, Femina Miss India 2002, Gauahar had started her acting career with the film, Rocket Singh: Salesman Of The Year. Since then, the diva has been featured in many music videos and Bollywood movies. However, her experience with cosmetic surgery was a nightmare. In an interview with a daily, she had agreed how she had to cancel her shoot after a disastrous result of lip enhancement. In her words:

“I wanted to try the temporary lip augmentation procedure, which lasts for around 3 to 4 hours. But I didn’t like the way it looked at all at that point and so, the shoot of Khan Sisters had to be stalled, as I was in shock and wasn’t comfortable being captured on camera for that moment.” Shilpa Shetty plays every role to perfection. From a stunning actress and stylish wifey to a fit and caring mother, the actress is an inspiration for many. Though we get to see her less on the silver screen, Shilpa’s elegant presence on reality shows as a judge is quite heartwarming. Her childhood pictures are all over the internet, and one could easily differentiate her past look from that of the present. And the actress never shied away from accepting that she had done a nose job to enhance her look. She had mentioned:

Don’t Miss: Asha Bhosle Raised Her Three Kids As A Single Mother After Divorce, Had To Sing To Earn A Living 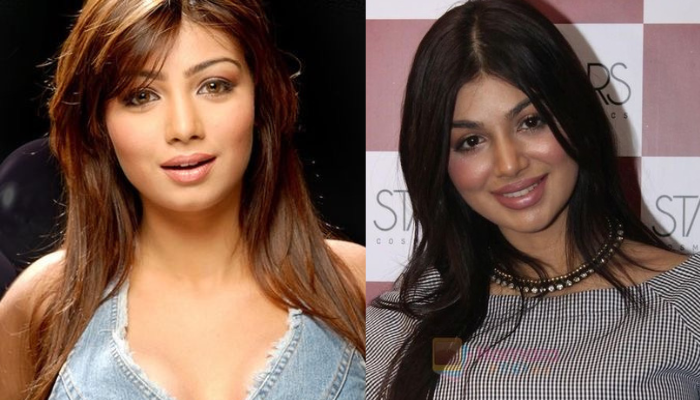 Ayesha Takia Azmi is the former actress everyone remembers from her girl-next-door roles in popular movies such as Wanted opposite Salman Khan, Dil Maange More opposite Shahid Kapoor, Socha Na Tha opposite Abhay Deol and many more. Born to a Muslim father and a Hindu mother, Ayesha had picked modelling as a career option at the early age of 15. After a few years, she made her acting debut in Bollywood with the hit movie, Taarzan: The Wonder Car back in 2004. Ayesha had also been a target of netizens and trollers for her alleged plastic surgery. In a conversation with a media channel, Ayesha had quipped:

“I dealt with it by laughing about it and when it blew up I posted a little bit on my Instagram about how people should be confident of who they are and not care about what other people think. You should not try and defend yourself, when you have not really done anything wrong. It does not affect me and I moved on from it very easily. It was a “personal choice” and no one should be shamed for it. It’s 2017 and we can’t judge anybody… They are entitled to do whatever they want to do with themselves. I might not want to do it, it is a personal choice.” 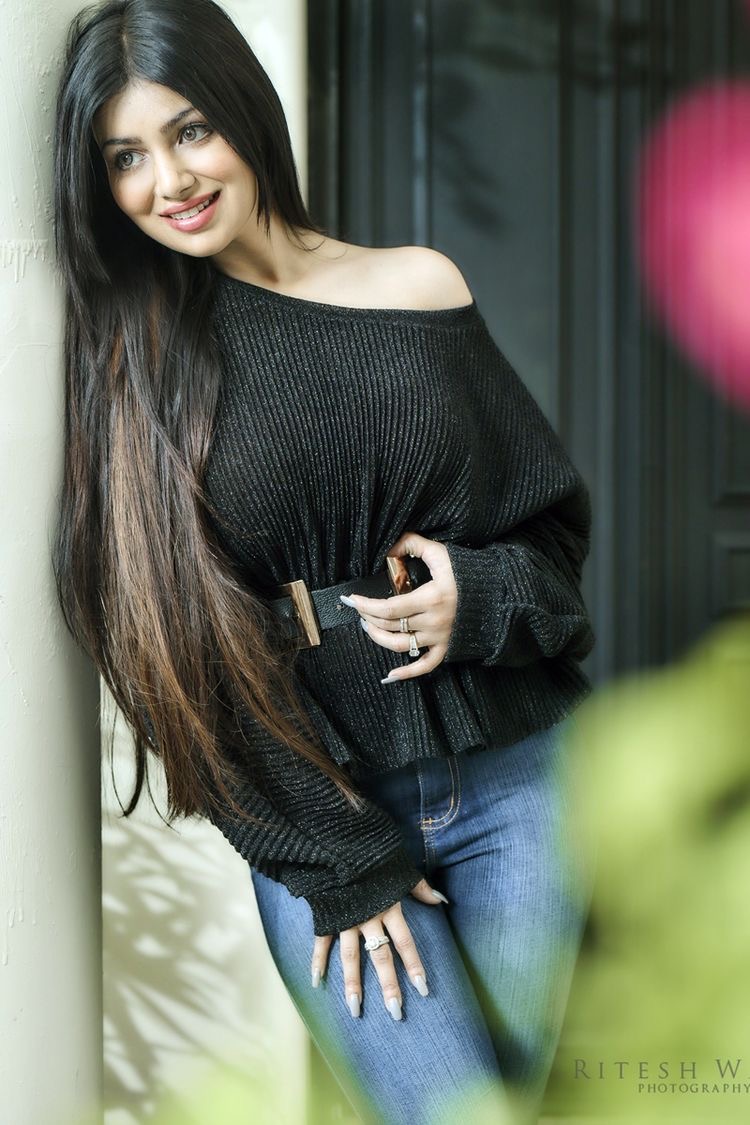 We all are beautiful in our own shape and size. But if someone wants to change the way they look, it's entirely their personal choice. And supporting them instead of trolling would not harm you!