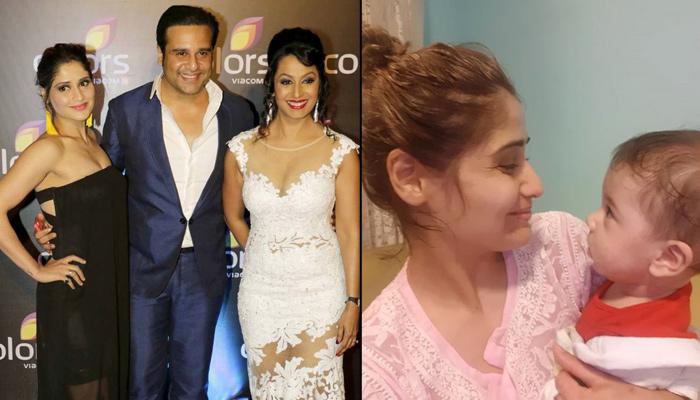 While Esha Deol and Bharat Takhtani are delighting their fans by sharing the first picture of their daughter, Radhya Takhtani, another celeb couple shared the first picture of their twins. We are talking about the stand-up comedian, Krushna Abhishek and his lovely wife, Kashmera Shah. After secretly tying the knot in 2013, the lovebirds started planning for a child in 2014. (Also Read: Krushna And Kashmera Are Planning To Adopt A Baby Girl, Kashmera Says She Might Just Get Pregnant)

However, after 14 failed attempts, Krushna and Kashmera finally opted for In-Vitro Fertilisation (IVF). In May 2017, the couple welcomed their twins, Krishaang and Raayan. Krushna’s sister, Arti Singh shared the first picture of her nephews on her official Instagram handle. Arti captioned it, “Next superstars of the family finally out.. our babies.. our Chirag.. love them to death ... proud parents @kashmera1 @krushna30 me proud bua ... love u both my cupcakes ... krishaang and rayan.”

Sharing more pictures with Rayan and Krishaang, she captioned the one with Rayan as, “MY NEPHEW ... RAAYAN .. now I'm officially allowed to post their pics .. whooooo Whoo...our light. Our happiness .. our strength . @kashmera1 @krushna30.” And the other one with Krishaang as, “Bua is happiest with chiku.. krishaang... MY BHANJA. I relive my childhood with them .. happiest wen they around .. @kashmera1 @krushna30.” (Also Read: Daddy Krushna Abhishek Reveals The Names Of His 10-Month-Old Twins, And How His Life Changed)

Speaking about the IVF, Kashmera told Bombay Times, "Everything was fine with us, but we lead such stressful lives that it often becomes a matter of luck. When Krushna’s dad fell ill, we put the plan on hold for six months. It was a difficult time for us. I went through five (ovum) pick-ups and three (embryo) transfers, but all in vain.” (Also Read: Started Off With One Night-Stand And Now Parents To Twins, Krushna Opened Up About Becoming Father)

She further continued, "In a span of 10 days, I went from size two to eight. I didn’t give it a break and kept trying every month, thereby pumping myself with injections, as I didn’t have the time or luxury to wait. After all, I was not in my 20s anymore. Also, it’s a little dangerous to have a kid when you are older. It took us 13 attempts and two years of constant pain and no work to have our babies. Some people have to go through the struggle and maybe, God wanted to test us." 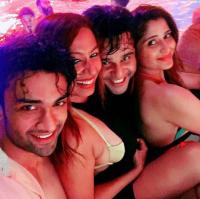 Kashmera Shah also revealed that they were planning to opt for adoption as well, "It’s harmful to torture your body beyond a point. It was not easy to look pregnant and not be pregnant, as these injections tend to make you bloated. We then decided that if everything failed, we would adopt a girl child." But it was the doctor and Krushna’s cousins who suggested them surrogacy. Kashmera stated, "My doctor called to tell me to decide about the next move as there were chances of a ban on surrogacy in India. So, we signed the papers and it happened." (Also Read: Kashmera Shah And Krushna Abhishek Love Story: A True Tale Of Love Fighting All The Troubles) 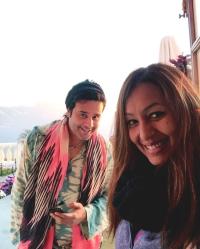 Meanwhile, people were targeting her for opting for surrogacy because she was conscious about her figure, to which Kashmera clarified, "When an actress opts for surrogacy, people think that we are figure-conscious. But that’s not true. I know how hard it was for me. I empathise with women who are in this profession, as you don’t tend to marry or have kids early usually." (Also Read: Kashmera Shah Talks About Her Twin Babies, Reveals She Had 14 Failed Attempts At Pregnancy Before!) 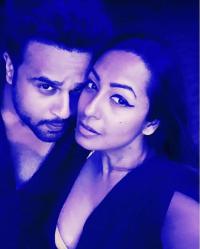 Her hubby, Krushna was quoted as saying, "Coincidentally, four days before he passed away, my father told me that he would return to us as my son. The twins were conceived on the 14th day of his demise. Krishaang reminds me of my dad because he is always smiling." He further added, "The first month was tough. We had no support from the family, barring Ragini’s (cousin Ragini Khanna) mother and my sister Arti (Singh)." (Also Read: Bharat Takhtani Shares The First Family Picture With Wife, Esha Deol And Daughter, Radhya Takhtani) 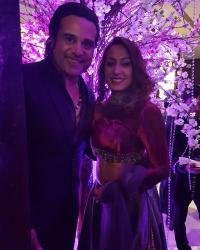