Well, May 7, 2018, is definitely a treat for all the Esha Deol and Bharat Takhtani’s fans. Esha shared the first full picture of her darling six-month-old princess, Radhya Takhtani on her official Instagram handle. And she captioned it as, “Radhya Takhtani ... our darling daughter@bharattakhtani3 #radhyatakhtani.” Radhya Takhtani was born on October 20, 2017, and since then, everyone was eagerly waiting to catch a glimpse of her. (Also Read: Esha Deol Shares The First Full Picture Of Her Six-Month-Old Daughter, Radhya Takhtani)

Not only Esha shared the first photograph of Radhya looking like a doll in a baby pink frock and a bow headband, but elated father Bharat too shared the same pic on his Instagram handle. And to their fans delight, Bharat also shared a family picture along with a solo photo of Radhya. Bharat captioned the picture as, “The love of my life. Our princess Radhya Takhtani!!! #radhyatakhtani” 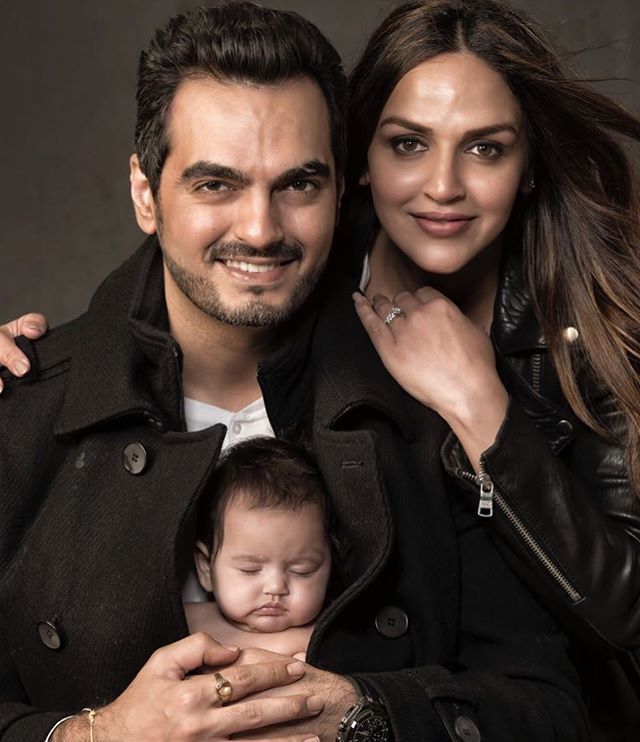 Dressed in black, the B-town diva is looking sizzling and Bharat is ecstatic holding protectively his little one in his arms, while she is asleep. This picture-perfect definitely needs to be framed, as it is that good! Radhya’s chubby cheeks and her angelic face is looking straight into the camera with her pretty eyes, which speaks of innocence. (Also Read: Esha Deol Loses Pregnancy Weight Drastically, Her Transformation Makes Her Glow Like Never Before) Speaking of her six-month-old daughter to Mumbai Mirror, Esha was quoted as saying, “Radhya is a happy baby unless forced to do something she doesn’t want to do. She’s very much my daughter and there are times when she gives me that Deol look with one eyebrow raised and I feel that I’m looking at myself in the mirror.” She further revealed that first week after Radhya’s birth was a mess for her with the baby crying and a tribe of visitors stopping by to meet the little one. And now with the help of a nurse along with her mother, Hema Malini and her sister, Ahana, Esha is cherishing the time with Radhya, to the fullest. (Also Read: Video: Esha Deol Takhtani Performs Bharatanatyam With Mom Hema Malini, 5 Months Post Her Delivery) Reminiscing the time when she told her parents about her pregnancy, Esha recalled, “For three months, I kept my pregnancy a secret. When I finally told my mother she said she’d known all along, she was a mother too.” She further continued, “For a long time she was supposed to arrive on my birthday, November 2, but eventually came a day after Diwali much to Bharat’s relief as he didn’t want another Scorpio in his life. Now, there are three Librans — my mother, husband and daughter — to balance me out.” (Also Read: Esha Shares Her Baby Girl, Radhya's First Glimpse, Little Munchkin Is Her Mommy's Spitting Image) Esha Deol is back to work and is managing her professional commitments with her personal time with Radhya. Esha stated, “At the moment she sits on the sofa and watches me during rehearsals, the way I’d watch my mother as a child. That’s how I know every ballet by heart but it’s still a huge responsibility playing Sita, the ideal wife and mother. I was unnerved when I saw my in-laws in the audience at the first performance at Iskcon as they weren’t expected. But it went well and now the role comes with a ‘feel good’ factor." (Also Read: Esha Deol Created An Everlasting Memory Of Her Daughter Radhya On Completing 1 Month) 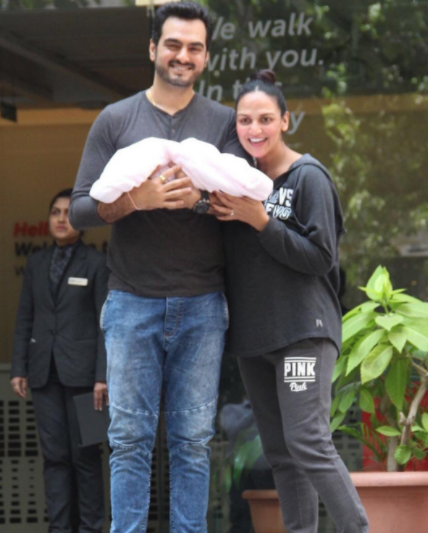 Radhya Takhtani is undoubtedly a spitting image of her mother, Esha Deol and we couldn’t agree more with Esha when she says that her little one has Deol looks.

Next Read: Bride-To-Be Sonam Kapoor Dances Her Heart Out With Hubby-To-Be Anand Ahuja At Their Mehendi Function