Every time Karan Johar announces the arrival of his fun chat show, Koffee With Karan, it makes us go all happy-happy! Why? Every new season of the chat show comes with new celebrities and some fun revelations that never fail to grab headlines. This year too, Arjun Kapoor and Janhvi Kapoor’s first-ever appearance together at Koffee With Karan season 6 was widely awaited by all. (Do Read: Priyanka Chopra And Nick Jonas Will Give Expensive Silver Coins With A Thoughful Design To Guests)

Ever since we got to know that Arjun and Janhvi will appear together in the news season of Karan Johar’s chat show, we couldn't keep calm! However, the most fun element in the show was a segment where both Janhvi and Arjun had to make a phone call to one of their relatives and make them utter the words, “Hey Karan! What’s up?” While Janhvi dialed half-sibling Anshula, Arjun called dad, Boney Kapoor. Inspite of repeated attempts by Janhvi, Anshula didn’t speak the aforementioned words, while dad Boney Kapoor immediately said it, thus making Arjun Kapoor the winner of the segment.

Post losing, Janhvi with a heavy heart said, “Listen you’ve hurt me today. I am feeling like an unloved child in this family." And that was enough to make Janhvi fans go all furious. A picture posted by Janhvi on November 26, 2018 had the half-sibling pair, Anshula and her on a roller-coaster ride. The Dhadak star’s followers left no stone unturned to post hate comments for Anshula for not helping Janhvi in that segment. When a fan wrote, “She didn’t even help you. She didn’t say ‘Hey Karan it’s me’”, the doting half-sister had a befitting reply for the same. Supporting Anshula, Janhvi stated, “She couldn’t hear me and asked me after the show got over that phone call was all about.” Here’s a screenshot of the same: 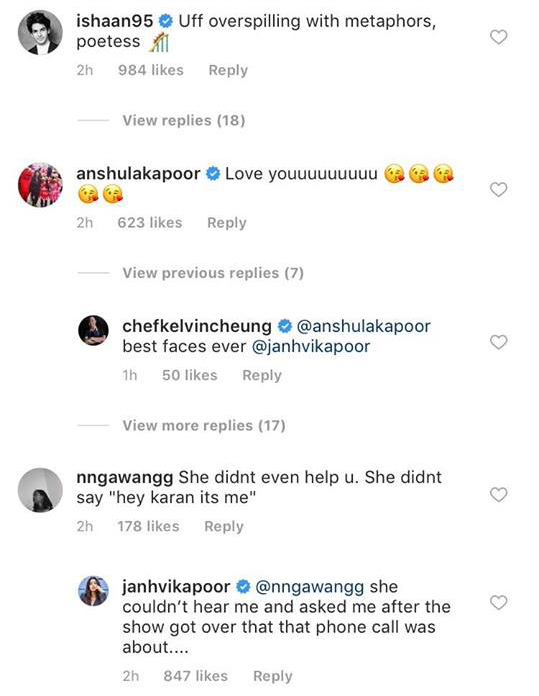 Further justifying Anshula for her act and terming it ‘silly’, Janhvi shared that Anshula had even received rape threats for not helping her! She revealed, “My sister actually just recently got trolled on social media. She did something silly on Koffee with Karan and started getting like rape threats and stuff. And it was just weird to me. As people are faceless on social media, they feel they can have opinions that sometimes cross a moral line. So when I put stuff that’s personal up on social media, I do think of that too. I feel protective towards them, what people might say about them or about my equation with them. You tend to be guarded.” 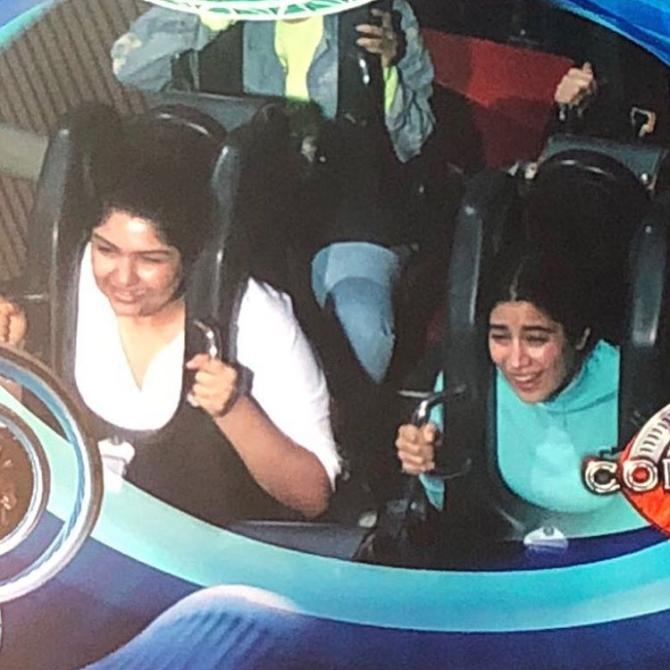 And now, Anshula’s big brother, Arjun Kapoor, who is famous for standing up rightly against trolls and trollers, took to Twitter and lashed out at them. An angry Arjun’s tweet can be read as, “Something I assumed was an absolute non-issue on Koffee with Karan has escalated into @anshulakapoor being abused & I can’t be bothered by protocol anymore. F**k all those trolls who wish harm to my sister. I hope your mom or sister never have to go thru what you have put us through.” Here’s the tweet: (Also Read: Isha Ambani In Red Lehenga And Emerald Necklace For 'Graha Shanti Puja' Is More Than We Expected) 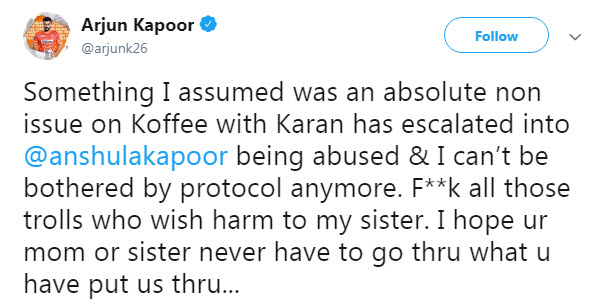 Remember how Anshula too, had slammed trollers peacefully who had trolled Janhvi for her dress? Replying to a fan, she had written, “Hi, I’m requesting you to refrain from using abusive language especially towards my sisters, I do not appreciate it & have therefore deleted your comments. While I am grateful for your passion & love for bhai & me, just a small correction - I was never working outside India. Let’s please spread joy & good vibes. Thank you for the love.” At an interview during the promotions of her debut film, Dhadak, Janhvi spoke about what Arjun and Anshula mean to her and Khushi. She had shared, “The only reason we can stand strong after whatever happened is because of the kind of love and support Arjun bhaiyya and Anshula didi [half-siblings] have been giving us [she and her younger sister, Khushi]. It’s a family dynamic that I relish. I am very thankful for them. I couldn’t have asked for a better brother and a better sister. They have given us a lot of strength. He is a very wise man and has given tips like, ‘just be honest, be yourself and be respectful towards people.’ Somehow, when he says it, I take it like the gospel truth.” (Do Checkout! Unseen Pic Of Ambani 'Bahu' Shloka Mehta Donned In Red, Gives Us A Mini-Glimpse Of Her Bridal Look) 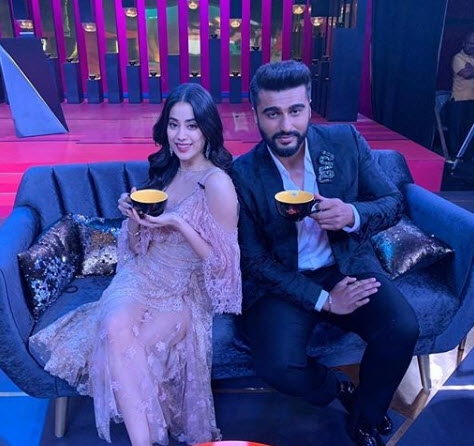 What is your take on Anshula not saying, “Hey Karan! What’s up?” Do you feel it’s that big a deal? Let us know in the comments section below.