After a lavish and grand wedding of Deepika Padukone and Ranveer Singh, fans are curiously awaiting Priyanka Chopra and Nick Jonas’ wedding. The international sensations, PeeCee and Nick will tie the knot on December 2-3, 2018 at the palatial Umaid Bhawan Palace, Jodhpur, Rajasthan. It is going to be one dreamy wedding of the decade and all Nickyanka (as their fans fondly call them) fans are eagerly waiting to see their real-life wedding looks.

Right after the news of Priyanka and Nick’s wedding started doing the rounds, one or the other report comes popping in. Just recently, we got to know that the sangeet ceremony of the lovebirds which was supposed to take place at Mehrangarh Fort is now shifted to Umaid Bhawan due to security reasons. (You May Also Like: This Veteran Bollywood Actor's Daughter To Get Married At Umaid Bhawan After Priyanka And Nick) 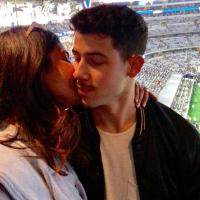 As per a Times of India report, “The couple requested for police protection from Umaid Bhawan to Mehrangarh Fort. Despite having hired a private security agency, they wanted the local police force's help as well. However, due to the upcoming assembly elections in Rajasthan, the Jodhpur police has refused to provide them protection. So now, all the functions will take place at the Umaid Bhawan.”  (Checkout: Kapil Sharma And Ginni Chatrath's Wedding Invitation Card Is Out, Check Out The Picture Inside) 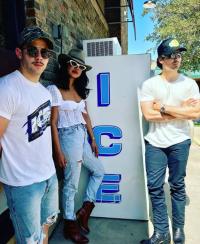 And now as per the latest report by Filmfare, Priyanka and Nick will gift a silver coin to every guest of theirs. To let you all know, the coin is going to have their initials on one side and Lord Ganesha and Goddess Lakshmi on the other side. A source close to the couple had revealed, "They both liked the design very much and the coin soon went into the making. Not much back and forth was involved”. Here’s a picture of the same: 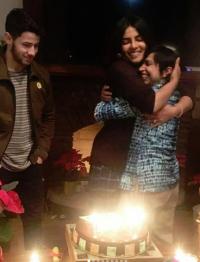 The pre-wedding functions of Priyanka and Nick will kick-start with a puja cermeony today on November 28, 2018, followed by a mehendi ceremony on November 29, 2018, at Mehrangarh Fort, followed by a sangeet ceremony. The following day on November 30, 2018, Nickyanka (as their fans call them) will be hosting a cocktail party for their close friends and family. Lastly, on December 1, 2018, there will be a haldi ceremony. (Don't Miss: 'Bigg Boss 12' Contestant Surbhi Rana Accuses 'Bhaiya' Romil Chaudhary Of Giving her Improper Stares) 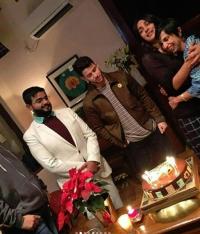 Nick on The Daily Show has revealed the reason behind choosing Priyanka as his life partner. He had said, "So many things. I could go into all of it and get all mushy but, I think the thing that really connected both of us is our love for family and faith and the importance of being connected to those who are always going to be there for you. We found that in each other as well, which is a beautiful thing. I'm excited to start our life together."

Stay tuned with us for the latest updates related to Priyanka Chopra and Nick Jonas!