With the story of Cinderella being mistreated by her stepmother and stepsisters, we have imagined this relationship to be a sour one with hatred in hearts. Contrary to this, is one such Bollywood family, who have set the benchmarks higher and broken the stereotypes and hence, stand as a perfect example of the half-sibling bond. We are talking about Boney Kapoor’s four children, Arjun Kapoor and Anshula Kapoor (from first wife Mona Shourie Kapoor) and Janhvi Kapoor and Khushi Kapoor (from second wife Sridevi). (Also Read: Anshula Kapoor Trolled For Making Janhvi Kapoor Feel Like An 'Unloved Child' On Koffee With Karan)

Once the not-so-fond-of-each-other half-sibling duos, now can’t seem to get enough of each other these days. After Sridevi’s unfortunate sudden demise, Arjun and Anshula have been the pillars of strength for their father, Boney Kapoor and half-sisters, Janhvi and Khushi. From being extremely protective of each other to sharing cherishable moments on social media, Arjun, Anshula, Janhvi and Khushi are giving major sibling goals to everyone. 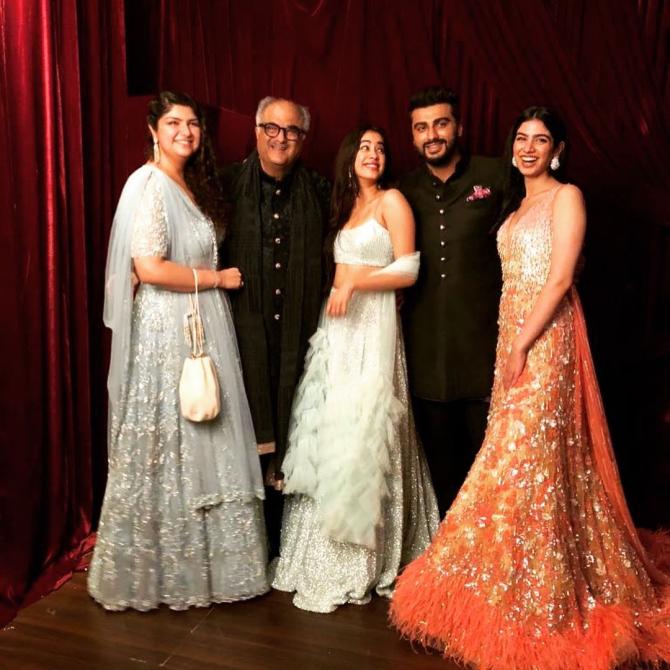 But their love for each other got questioned after Janhvi Kapoor and Arjun Kapoor appeared on Karan Johar’s chat show, Koffee With Karan. In a segment on the show, Karan asked Arjun and Janhvi to call one of their family members and make them say, “Hey Karan! What’s up?” to win the round. Janhvi dialled Anshula’s number and requested her to say the aforementioned four words. But despite the innumerous requests made by Janhvi on call, Anshula didn’t say those words. Meanwhile, Arjun called their dad, Boney Kapoor and made him say the same, which made Arjun the winner of that segment.

Since Janhvi was fast enough to call Anshula and have her on phone, Arjun blackmailed Anshula to not say “Hey Karan! What’s up?”. He said, "If you say it, Anshula I’ll never come back home.” When Arjun won this round, Janhvi’s crying face made the audience feel for her and she also concluded the game by saying, "Listen you’ve hurt me today. I am feeling like an unloved child in this family." This whole scenario made fans angry with Arjun’s behaviour and Anshula being partial with Janhvi.

On November 26, 2018, Janhvi shared a picture with Anshula wherein they can be seen laughing their hearts out on the roller coaster ride, and captioned it, “#tbt to the first but clearly not the last roller coaster we’ll be on together. I love you”. Anshula commented on the post, “Love youuuuuuuu” followed by kiss emojis. She also shared the same as her Instagram story. (Also Read: Arjun Kapoor Reveals Why He And Anshula Are There For Boney, Janhvi And Khushi, Post Sridevi's Death) An Instagrammer commented on Janhvi’s post referring to her Koffee With Karan’s episode and wrote, “She didn’t even help you. She didn’t say “Hey Karan! Its me”, Janhvi replied to the user, “@nngawangg she couldn’t hear me and asked me after the show got over that phone call was all about...”. Here’s the screenshot of the same: But despite Janhvi’s clarification on why Anshula didn’t say the words, netizens trolled their relationship and Anshula for making Janhvi feel like an ‘unloved child’. Some comments of the trolls could be read as, “The way she ignored her and acted as if she couldn't hear while Janhvi begged her... She can say sorry, or anything else... but this was very bad”, “@janhvikapoor she is lying. You and @karanjohar Said it so many times to say hey karan its me but as she was in favour of her brother from her heart thats why she did no say it. I felt so bad after seeing your face at that moment. You were also shocked by her behaviour. @anshulakapoor Please accept what you have done and not make excuses now. Even Karan and Arjun also noticed that feeling on Jahanvi face. Now you have posted this pic just a day after the telecast to avoid the controversy. You are just a pure soul and too young to understand this. We want to see and Khushi happy. Moral of the story is that just be aware of @anshulakapoor In future now as you have seen her true colours. I am highly disappointed with her. But god bless you Jahanvi and always stay happy forever n ever.” Others could be read as, “@anshulakapoor don't show fake love....why didn't you said ...hey karan what's up??....I know because you want arjun to win because he is your real brother so bad of you because of you janhvi thinks that she is un loved child of family....you are the worst sister ever shame on you....you can't even help your sister chii and now showing fake love”, “This is an outright fake post. @anshulakapoor is a loser and so is her bro @arjunkapoor don’t call her she has a headache? Like seriously? Arjun Kapoor suxxx big time. Does even have any fans??? I hope not. #soreloserrrrr”. (Also Read: Boney Kapoor Talks In Length About Arjun-Anshula's Bonding With Janhvi-Khushi After Sridevi's Demise) 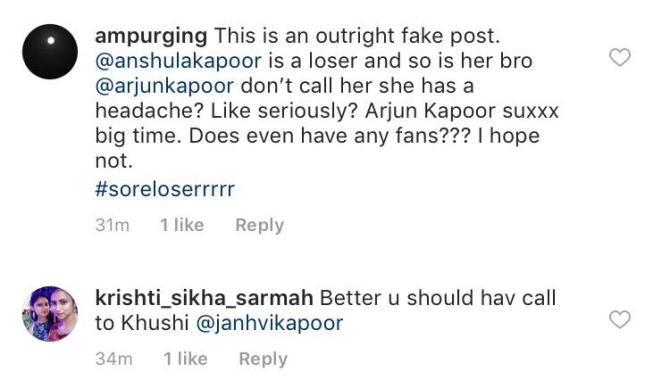 Even though Janhvi Kapoor clarified on why Anshula Kapoor didn’t say those words on Koffee With Karan, the latter got trolled for the same. What are your comments on it? Do keep us posted! 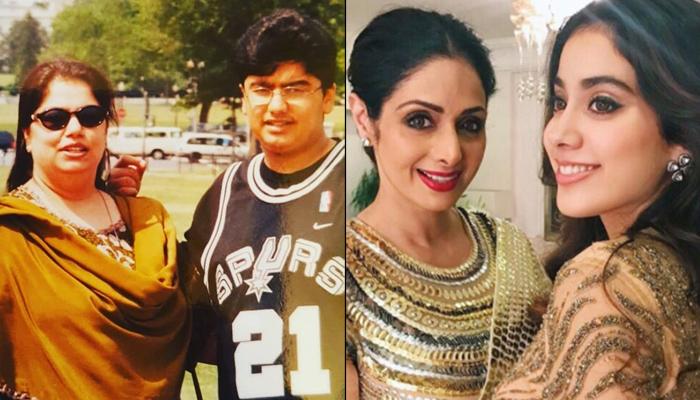