Anushka Sharma shared a hilarious video in which we can see her giving hubby, Virat Kohli an experience of his cricket field days. Check out!

The whole world is facing the lockdown because of the spread of COVID-19 pandemic and like almost every single thing, all the sporting events are on hold too. Like many others, Indian cricketer, Virat Kohli is also spending his time in quarantine with his wife and Bollywood actress, Anushka Sharma. The couple is one of the most adored couples of India, because of their cute videos and heartfelt captions for each other. Both Anushka and Virat never skip a chance to make their followers and fans delighted with their mushy pictures, videos, and Boomerangs. (Recommended Read: Shefali Jariwala Wishes Her Ex-Sidharth Shukla To Fall In Love With Shehnaaz Gill And Get Married)

The madly-in-love couple is again on the trending charts because of the video posted by the doting wife, Anushka Sharma on her Instagram handle. The hilarious video is getting shared on social media like wildfire because of the reason that Anushka has turned into a fan of Virat from the stands.

On April 17, 2020, Anushka Sharma took to her Instagram handle and posted a video of herself lip-syncing a fan’s voice, as she cheers him to hit a four. The actress is looking beautiful in her simple attire as she can be seen wearing a white-printed top. While her hubby, Virat can be seen wearing a charcoal-coloured T-shirt and specs. As the funny video is getting viral all over the internet, a lot of Bollywood celebrities have already commented on the video and praised Anushka for this hilarious video. Along with the video, Anushka wrote a caption that can be read as “I thought he must be missing being on the field. Along with the love he gets from millions of fans, he must be especially missing this one particular type of fan too. So I gave him the experience.” Take a look. (Don’t Miss: Mahesh Babu Plays Virtual Tennis With Son, Gautam At Night Amid Quarantine, Shares Video On Twitter)

On April 8, 2020, Anushka Sharma had shared a picture of her entire family playing monopoly. While we loved the beautiful picture, every fan was curious to know, who won the game? The actress had taken to her Instagram stories and had revealed the name of the winner. Well, quite obviously, it was none other than her darling husband, Virat Kohli. The actress had posted his picture on her Instagram stories and crowned him with the title of, 'Winner of Monopoly and her Heart'. She had captioned the picture with a one-line caption that could be read as "Presenting the winner of monopoly and my heart." Check it out below: (Also Read: Sushmita Sen Nails A 'Balancing Yoga Pose Challenge', Her Beau, Rohman Shawl's Comment Is Unmissable)

Are you that fan, which Anushka is portraying in the video? Let us know! 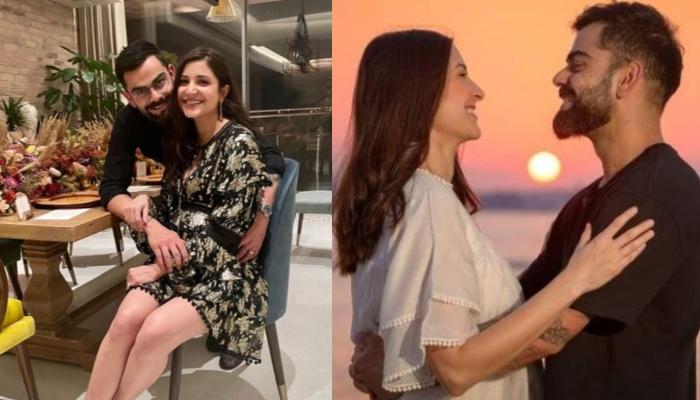 Anushka Sharma and Virat Kohli are one of the most sought-after couples of the glamour world. From being the loudest cheerleader for her hubby, Virat to winning our hearts with their adorable chemistry, Virat and Anushka are pure couple goals. On December 11, 2017, we had gotten the first pictures