Members of the Indian cricket team are given one of the highest regards in the industry and so is their affinity towards our Bollywood heroines. Of late, you will find an amalgamation of several Bollywood stars along with the heroes of the cricket world! One recent example is that of Virat Kohli and Anushka Sharma. While their love story began on the sets of anti-dandruff shampoo, former cricket captain of India, Mahendra Singh Dhoni and his wife, Sakshi Singh Dhoni’s love story is nothing but an example of what dreams are made up of!

Wondering why there’s a mention of two Indian cricket captains and their spouses in one go? It’s time for the interesting insight! Do you know, Anushka and Sakshi have much more in common than their ‘Captain’ husbands? And what is that? Anushka belongs to an army background, due to which she had studied at several parts of the world. When Anushka’s father was posted in Assam, she and Mahendra Singh Dhoni’s wife, Sakshi Singh Dhoni were classmates! Yes, some unseen throwback pictures of Anushka and Sakshi in the same class were posted by the former’s social media fan page. 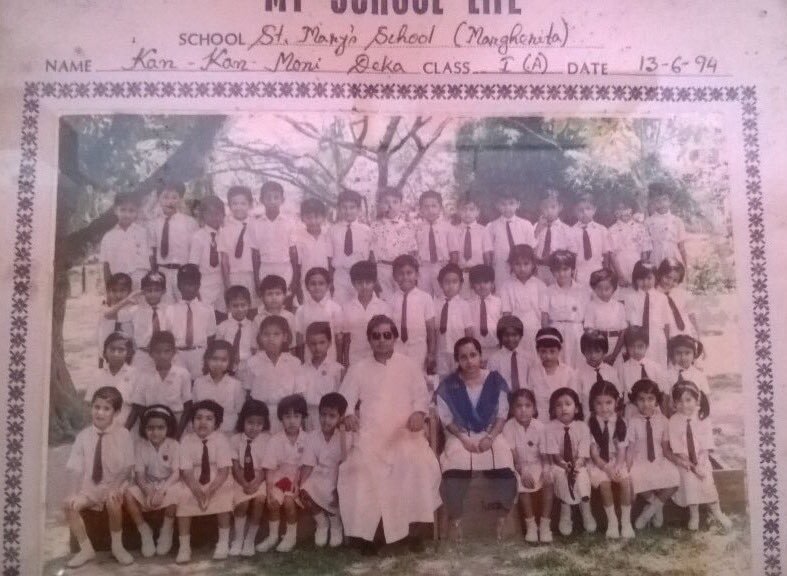 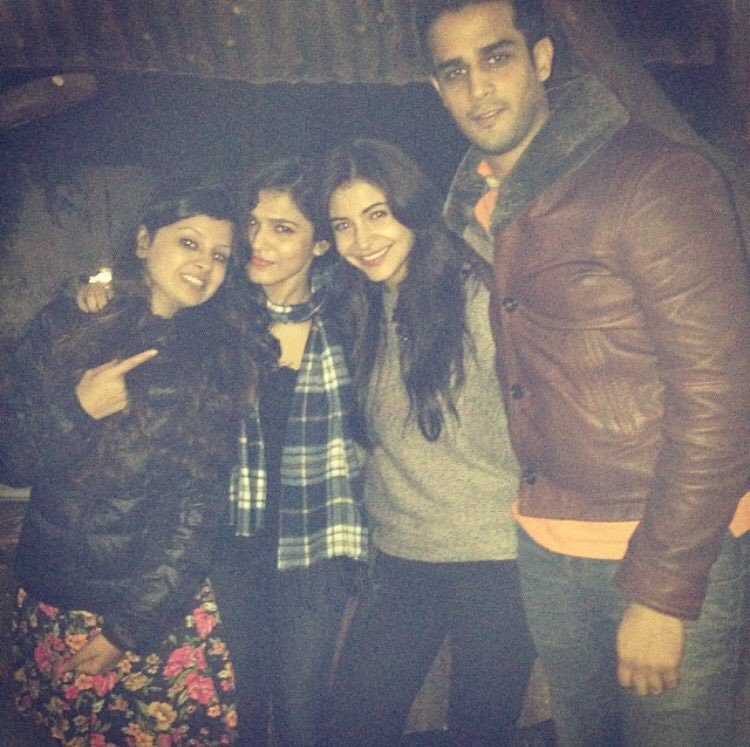 Such a small world this is, right? Who knew that one day, the duo will find their life partners from the same filed! Speaking about their bond of being in the same school and class once, Anushka had shared in an interview, “I'm friends with Dhoni's wife Sakshi and I love the way he treats her and protects her. They look so cute together and I adore that MSD knows how to treat his woman.” Further sharing about them being classmates, the Pari star stated, “Sakshi and I lived together in a very small town in Assam. When she told me where she lived, I said wow, I have lived here too! She said I went to this school, I said I went to this school too. And then I found a picture in which Sakshi is dressed as a fairy and I’m dressed in a ghaghara like my favourite idol Madhuri. Sakshi is extremely funny.” Speaking of their marital lives, Dhoni is happily married to Sakshi and is blessed with an adorable baby daughter, Ziva. Speaking about Sakshi’s importance in Dhoni’s life, the star cricketer shared in an interview, “I love my country. I tell my wife she is only the third most important thing after my country and my parents, in that order. The point is that while I am an Indian cricketer I will devote myself to that cause. Cricket is not everything, not by any means, but it is a large part of who I am. Therefore, I want to play in all formats of the game and to play as much as possible because before long it will be over. Then I’ll focus more on the Army!” Stating that Sakshi is the ‘spark in his life’, Dhoni had once stated, “Sakshi provides the spark I might sometimes need. Jokes aside, she is the person to whom I have a reference. She is both loving and inspirational. Sometimes she travels with me, but cricket is easier without having to ensure her safe passage. One day, we will see the sights together and she says that then, can she please move to number two on the list of my priorities! But for the moment I am here to play cricket. I have been given this honour to play for my country so I want to see it through.” Anushka, on the other hand, is always praises for her hubby, Virat. Speaking about their relationship, Anushka revealed, “We are both very awkward with the fame that we have we don’t embrace stardom and fame and that’s why, I think, we connect so much. We run away, sometimes, from these things. Sometimes, we find a need to be in our own cocoon. And that’s the reason why we are so self-sufficient." And further added, “And when I see self, I mean both of us because we don’t see each other as two different people. Him and me are male and female versions of each other.” We can’t agree much! 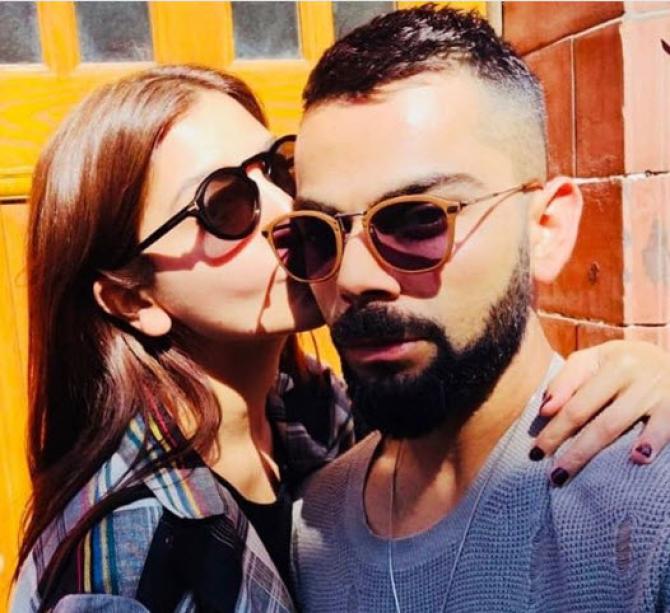 Folks, how did you like Anushka and Sakshi’s throwback pictures? Keep us posted!

NEXT READ: MS Dhoni And Sakshi's Love Story: From Childhood To Accidental Meeting, What Was Not In The Film