On the 14th anniversary of the film, 'Guru', a fan posted a beautifully edited video of epic scenes of the film and tagged Amitabh Bachchan. Check out what Big B has to say! Once in a blue moon, a film is made, which is itched into the hearts of the audience forever. Mani Ratnam directed Guru, featuring Abhishek Bachchan and Aishwarya Rai Bachchan was one such film. Be it their acting, or story or cinematography, the essence of that film had opened new doors for experimental cinema in the Hindi film industry. Guru is also special as it was during it's shooting, that Cupid had struck the most hailed couple of the film industry, Abhishek Bachchan and Aishwarya Rai Bachchan. (Recommended Read: Rakhi Sawant's Mother Reveals That Rakhi's Husband, Ritesh Has been Paying Her Medical Bills)

Guru was released on January 12, 2007, and today, it completes 14 glorious years. To celebrate the same, millions of fans flooded Twitter with fan-made art and edits of clippings of the film remembering the gem. Abhishek Bachchan's father, legendary actor, Amitabh Bachchan also has a few words to say about the same. Scroll down to find out!

On the 14th anniversary of Guru, a fan posted a beautifully edited video of epic scenes of the film and tagged Amitabh Bachchan and other stars of the film. Big B couldn't resist, and he praised the film as well as his son's performance. The fan wrote, "Heartiest Congratulations for #14YearsOfGuru A film that #AmitabhBachchan ji Sir wished to watch 100 times Gurudev @SrBachchan Sir@juniorbachchan My favourite & watched more than 30 times." Big B retweeted the edit and wrote, "Yes indeed .. a fantastic film and Abhishek was marvellous."

Amitabh Bachchan and Abhishek Bachchan are the ultimate father-son duo of the film industry. In one of the episodes of Kaun Banega Crorepati 12, Amitabh ji had shared his love for football and had revealed that he watches football matches with his son, Abhishek Bachchan. And they often scream and hoot when their favourite teams win the match. (Also Read: Shah Rukh Khan's Fanmade Family Portrait With His Late Parents, Wife, Sister, And Kids Is Unmissable)

Abhishek Bachchan owns a Kabbadi team named, Jaipur Pink Panthers. Once, in a press conference, Abhishek had revealed how his team’s name has a personal connect with his father, Amitabh Bachchan. Narrating the personal connection with the family, junior B had revealed the nicknames the father-son duo have for each other as he had recalled a childhood incidence. Abhishek had said, “Whatever work I do in life, I feel it should have a personal connect. When I was little, my father used to call me out saying ‘Tiger’ then after a few years I thought even I should call him something as an answer. One day when he came back home from shooting, he asked me ‘How are you tiger? I replied,’ I am fine Panther. How are you?’ and I was 4-5 years old then. Since then it became like a fun thing, he used to call me Tiger, I used to call him Panther. If there was an animal that we wanted to choose, I was sure that it was Panther because that is how I used to call my father.”

On June 27, 2020, Amitabh ji had taken to his Instagram handle and had posted a rare picture with the boys of the Bachchan family. In the picture, we could see Amitabh ji with his son, Abhishek and his daughter, Shweta Bachchan Nanda's son, Agastya Nanda. The handsome men of the Bachchan family could be seen striking a similar 'crossed-hand' pose for the camera. The legendary actor had captioned it as "Father .. Son .. Grandson .. some years ago .. the folded hands are unplanned .. just happened." (Don't Miss: 'Ludo' Fame, Pearle Maaney's Colorful Baby Shower, Her Amusement Park Themed Cake Stole The Show)

What do you think about the movie, Guru? 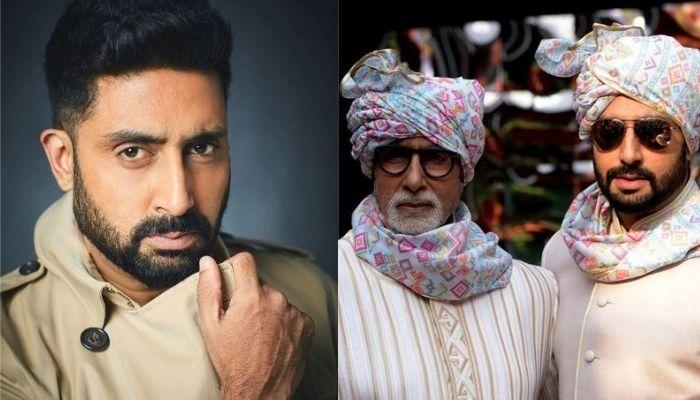 We all have grown up with some weird nicknames that we try to hide from the world, especially from our friends. We all know those nicknames can embarrass us, however, it doesn’t deny the fact that the weird the nickname, the more the love is! And when you don’t have any