Rakhi Sawant's mother has come forward and revealed some shocking aspects of her husband, Ritesh. Scroll down to check out! 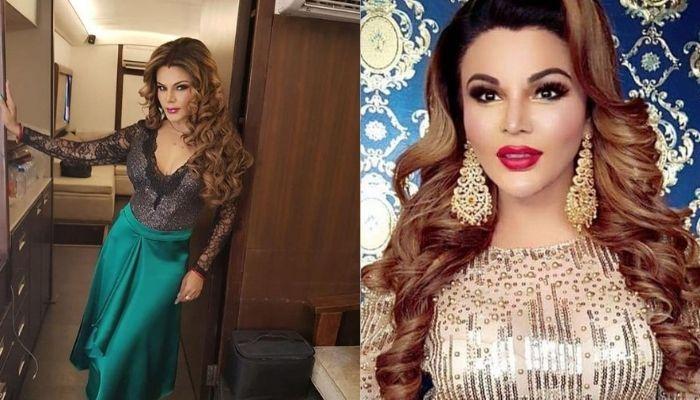 Rakhi Sawant, who had entered the 14th season of the Bigg Boss house as a challenger, is surprisingly tuning out to be one of the most popular and entertaining contestants. People like Rakhi and her unique antics in the Bigg Boss house. When it comes to her husband, Ritesh, who is yet to come in front of the world, the gossip bazar warms up. Earlier there were speculations that Rakhi Sawant might introduce her husband to the world on the show. Although the speculations are still going on, there is no confirmation yet. (Recommended Read: Priyanka Chopra Talks About Her Family Planning, Reveals How Many Kids She Wants With Nick Jonas)

A few days ago, Rakhi Sawant's brother had informed the Times Of India that their mother would undergo a major surgery, as she has a tumour in her abdomen. While speaking to the Times Of India, Rakhi Sawant's mother, who is hospitalized, revealed that Rakhi's husband, Ritesh has been paying all her medical bills and taking care of her. Rakhi's mother Jaya Sawant said, "Yes, Rakhi's husband Ritesh is taking care of me and all the medical bills and everything. He is there for us. He is trying hard to come to India and I have asked him to come ahead and reveal his identity. He has assured me that he will come before the audience and accept Rakhi as his wife. He is a very good human being and I just want them to be together and happy in their married life." She further added that Ritesh promised her that he would make an appearance on Bigg Boss 14 and accept Rakhi as his wife. (Also Read: Sharad Malhotra's Wife, Ripci Bhatia Surprises Him With A Candle Light Dinner, She Shares Video)

Earlier, in an interview with The Times Of India, Rakhi Sawant's husband, Ritesh had talked about the chances of him entering the reality show, Bigg Boss 14. The doting husband had clearly stated that the makers of the show had approached him and had wanted him to be a part of their show around Christmas. But he wasn't available at that time. Ritesh had said, "I have told the Bigg Boss makers that I want to enter the show as a contestant and they are working on it. They wanted me to enter on Christmas, but as I was busy with my work, I could not go inside. I have told them I would be available in the first week of January, but I haven't got any confirmation until now so let's see when it happens. I am expecting to enter by mid-week."

Going further in his interview, Ritesh had also revealed that he had already stated his request of entering in the show as a contestant to the makers and had revealed that they'd inform him about their decision a week prior to his entry. He had said, "I have asked them to inform me a week in advance if I have to enter as I will have to settle a few things before going inside. I will go as a contestant, I have requested the makers." In his concluding statement, Ritesh had said that he is going inside the house just for one reason and that is to support his wife, Rakhi. He had concluded, "I want to go inside as her support. I feel Rakhi has come into my life as a blessing, and she is a very good person." (Don't Miss: 'Ludo' Fame, Pearle Maaney's Colorful Baby Shower, Her Amusement Park Themed Cake Stole The Show)

We're waiting for Ritesh's entry in the Bigg Boss house!