Amit Tandon, who started off his career as a contestant in Indian Idol is today counted amongst the most amazing actors of the telly world. The actor who has reached to where he is today is all because of his first love, Monica Narula, who died in the 9/11 attack. Yes, the Kasam Tere Pyaar Ki actor did move on later in life and tied the knot with Ruby in 2009, but he still cannot forget Monica. For the ones who don’t know, Amit and his estranged wife, Ruby have a 7-year-old daughter whom they named, Jiyana. (You May Also Like: Mrunal Thakur's Rumoured Boyfriend Arjit Taneja Wishes Her In Style For Debut Movie 'Love Sonia') 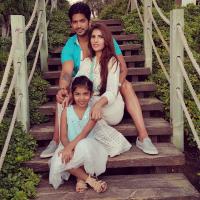 It’s been 17 years that the unfortunate 9/11 incident took place, but Amit still can’t get over the fact that his girlfriend is no more. He misses her like a true lover. On September 11, 2018, Amit took to his Instagram profile and remembered his girlfriend. Amit posted a picture of the twin tower and atop of it, he wrote, “17 years ago life changed forever...Miss you Manika. #willneverforget.” Some time back, the Indian Idol contestant released his first ever single, Lambi Judaai and dedicated that to his ex-lover, Monica. Pouring his heart out, in an interview during the release of his single Lambi Judaai, Amit Tandon had shared, “Monica Narula was a very important part of my life. We went to college together. And unfortunately, she was there in the buildings on September 11th, 2001. She was always the one to push me to work, pursue my dream of acting and things like that. She’d always tell me ‘go to Bollywood, go to Bombay… you don’t belong in America with all this studying. Just go, that’s your destiny.’ And I’d always tell her she’s crazy and no one’s going to let me do that.” (Don't Miss: Karan Mehra Posts A Family Picture On His 36th Birthday Along With Nisha Rawal And Kavish Mehra) 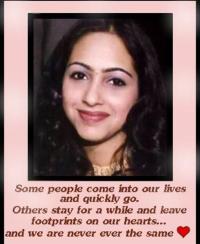 He further added, “After she passed away, something opened up in my mind. I knew then that I need to explore something different because I was too broken at the time. It was very difficult for me to deal with death and losing someone… I wasn’t equipped to handle it. That kind of escape I thought I’d get in Bombay, I thought it’d give me some perspective on life. That 6-month trial and error became 12 years and I’m still here.” (You May Also Like: Taimur Ali Khan And Inaaya Naumi Kemmu Meet Up For A Playdate, After Their Exotic Maldives Vacation)

Amit continued, “When I thought of singing Lambi Judai, she kept popping in my head – The whole time of when I was searching for her in the hospitals and when the building came crumbling down. Just that whole feeling of that loss. Lambi Judai is about that… the whole video is about facing the experience of losing someone – boyfriend, girlfriend, parents, anything. So, for me it’s a tribute to her because of a lot of situations that I did go through with her, we’ve put in the video.”

He further went on to add, “Just the feeling of having someone in your arms and the next moment, them not being there. In my case, I didn’t even get to say goodbye. They’re there one second and the next, they disappear from the face of this earth. Lambi Judai is that – it’s that experience of loss!” (Also Read: Young Trishala Sitting On Sanjay Dutt's Lap Will Remind You Of Your Childhood Pose With Daddy)

Amit Tandon, we completely understand that such a void cannot be filled ever again. We wish you all the happiness and strength!