While he is the chocolate boy from the Indian television industry, she is one of the most expressive actresses. We are talking about the famous on-screen jodi, Arjit Taneja and Mrunal Thakur from Zee TV’s show, Kumkum Bhagya. The two have only soared the chemistry and cuteness meter high through their stint in the daily soap opera. While viewers were acknowledging their on-screen chemistry, the two probably fell for each other in real-life as well. (Also Check: Kareena Kapoor Khan And Saif Ali Khan To Have Second Baby In 2 Years, She Reveals On A Show [VIDEO]) September 11, 2018, was a big day for Mrunal since it was the day of the premiere of her debut movie, Love Sonia. Who’s who from the television industry was present at the event and one amongst them was Mrunal’s special someone, Arjit Taneja. He saw the movie and couldn’t resist taking to his social media to pronounce Mrunal, a star. 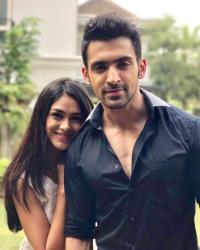 Arjit posted a very heart-warming picture with Mrunal from the event and captioned it as, “I Can’t get over what I saw last night! Just So fucking proud of this girl!!!!! Tu star hai!! Love Arjit #LoveSonia #14thSeptember #YouJustCannotMissThisOne.” He also shared an Instagram story atop which he wrote, “So so so bloody proud of you Mrunal.” (You May Also Like: Karan Mehra Posts A Family Picture On His 36th Birthday Along With Nisha Rawal And Kavish Mehra) 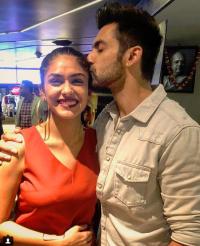 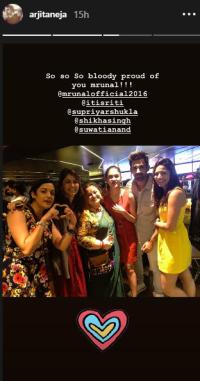 Rumours about them being in a relationship started doing the rounds when their closeness increased on the sets. The rumours further got enhanced when Arjit quit the show right after Mrunal. Then the alleged lovebirds appeared together in an Indonesian show titled Naadin. But to make things clear and to end all these rumours, Arjit came to the forefront and said, "We started off as colleagues and became friends much later. We began our careers together and were only 21 when we were paired with each other on Kumkum.” 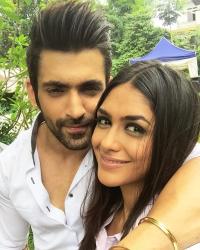 He further added, “In the beginning, we did not even get along with each other. In fact, there were months when we would shoot together and refuse to talk to each other. Now, at the age of 25, I have realised that such behaviour is kiddish. Mrunal is a great person." (Also Read: Taimur Ali Khan And Inaaya Naumi Kemmu Meet Up For A Playdate, After Their Exotic Maldives Vacation) 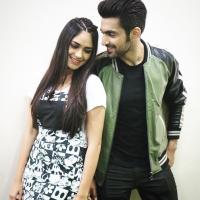 In another interview, he also shared the details about the Indonesian show that they did together. Arjit was quoted as saying, "We did a show together in Indonesia. That's when I realised how immature I was and found a great friend in her. Mrunal is busy with her career right now and so am I. We are great buddies and only wish well for each other. We do click pictures and post them on our social media accounts, but don't friends do that? I love Mrunal, but she is my friend, nothing more, nothing less." (Suggested Read: Mohsin Khan's Sister Zeba Khan Gets Engaged, Girlfriend Shivangi Joshi Congratulates The Couple)

For the ones who don’t know, Mrunal earlier dated a budding Balaji Telefilms writer, Sharad Chandra Tripathi. Both, Sharad and Mrunal even went on to participate in the seventh season of Nach Baliye. On the reality show, we saw them madly in love with each other, but their families were not approving of their union. Post the reality show, the two broke up and Sharad was quoted as saying, “It’s not true. Everyone knows that our parents were not agreeing for our alliance. Mrunal is currently shooting in Indonesia and just because we are away from each other or we are not posting a picture on our social media together does not mean that we have broken up.”

Well, wishing Mrunal Jain all the very best for her upcoming movie, Love Sonia. Also, all your fans wish that you and Arjit make your relationship official soon!