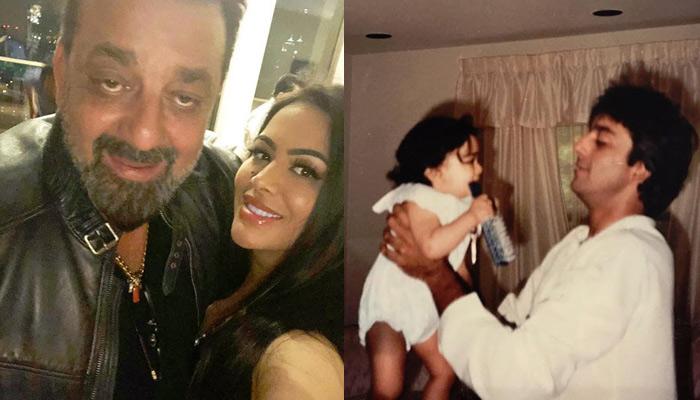 He is a true gentleman, a head turner in a literal sense, an outstanding actor and a fighter. No matter what googly life threw at him, he has always come out as a winner. We are talking about none other than Sanju baba of the Indian film fraternity, Sanjay Dutt. Sanjay Dutt’s love life has always been the talk of the town. He married thrice and his first wife was Richa Sharma with whom he has a daughter named, Trishala Dutt. (You May Also Like: Sanjay Dutt And The Women In His Life, From Tina Munim, Madhuri Dixit To Maanayata Dutt)

Sanjay and Trishala’s bond as a father-daughter is something which can’t be expressed in words. Trishala is a name in herself and has a number of followers on social media. She is that perfect example of a cute little girl who grew up to be a bold and beautiful woman. Trishala is an ardent social media user and she keeps updating pictures and videos there. So, recently, she posted a lovely picture where we can see Trishala sitting on her father, Sanjay Dutt’s lap. She captioned the picture as, “#ablastfromthepast @duttsanjay.” Here’s the snap: 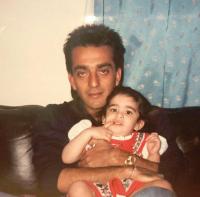 Isn’t this so cute? Not just this, on Father’s Day 2018, Trishala took to her Instagram and shared a lovely click with her dear papa. Below is her childhood picture that she shared and captioned it as, “The love between father & daughter knows no distance Happy Fathers Day to my real life hero, my one & only, the real OG @duttsanjay Iï¸ love you very, very much. #fatheranddaughter #tbt #iloveyouthemostest #happyfathersday #pops #mydaddystrongest.” (Also Check: Sanjay Dutt's Real-Life 'Kamli' Aka Paresh Ghelani To Tie The Knot Soon, Sanju Is The Reason) 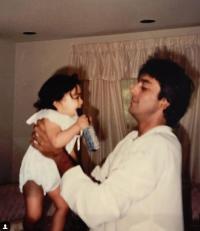 For the ones who don’t know, Sanjay’s first wife Richa Sharma succumbed to the deadly disease of brain tumour in 1996. Ever since Richa’s death, Trishala has been staying in the US with her maternal grandparents. The independent girl has established her own brand in hair extensions called 'DreamTresses Hair Extensions. (Suggested Read: Sanjay Dutt's Daughter, Trishala Dutt Turned 30 YO, Step-Mom Maanayata Dutt Wishes Her On Birthday) 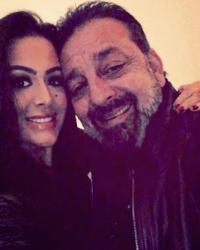 Once in a social media interaction, a fan asked her “How do you feel being Sanjay Dutt’s daughter?” Trishala candidly answered, “Honestly, it feels normal. He's like any other father. When I'm with him, it feels like I'm with my dad. It doesn't feel any different than what you probably feel when you are with your father.” Another fan asked, “What’s one thing you admire about your dad?”, Trishala wrote, “I admire his sense of humour, he is actually very funny”. And when another fan asked her, who she looks like mom or dad, she answered, “My attitude and temper is like my dad. My kindness, gentleness and loving side are from my mom. My giving side and style are from both my parents.”

We adore you Trishala Dutt and we wish you all the happiness and love!