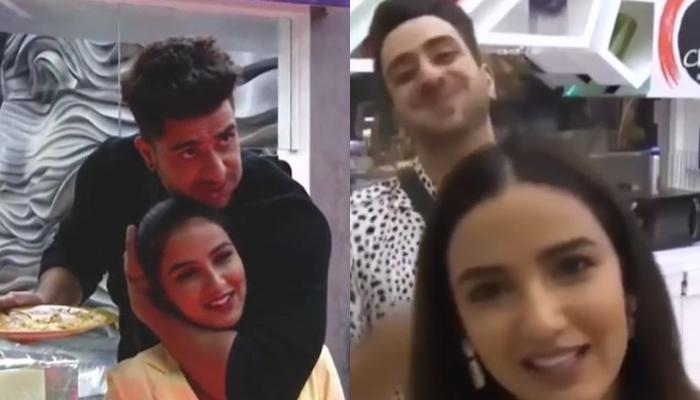 Indian television's biggest and most popular reality show, Bigg Boss 14 is going on in its full glory, garnering huge TRP as ever. Every season of Bigg Boss has always been in the news for love angles, fights, controversies, blame games and whatnot. However, this season is getting even more attention because as much as the inmates are getting publicity, as are some people outside the house! (Recommended Read: Mahesh Babu's Daughter, Sitara Turned Clapper For His Upcoming Film, Graces Puja With Mom, Namrata)

The most talked-about couple of this season is none other than wild card entrant, Aly Goni and his alleged girlfriend, Jasmin Bhasin. Aly had entered the show mid-season and since then, their fans are elated on witnessing their cutesy PDA moments and funny banter on camera. 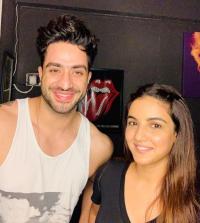 In a recent episode of the Bigg Boss, Jasmin Bhasin can be seen addressing fellow contestant, Rahul vaidya's girlfriend, Disha Parmar through one of the cameras. Jasmin was persuading Disha to answer Rahul's proposal soon, as the singer had proposed his girlfriend on national television a few days ago. While Jasmin was sending her message, her alleged beau, Aly Goni crept behind her and started imitating her actions and expressions, and it was so funny to watch. Check it out below:

During one of the tasks, we had seen a possessive side of Jasmin for Aly. In the BB Mall task, while interacting with Jasmin via intercom, Aly Goni had told Jasmin about his and Nikki Tamboli's plans to steal BB Mall once he or Jaan becomes the captain. He had said, "Meri abhi deal hui darling Nikki k sath, that when Jaan or I will become captain, we will steal coffee from the BB Mall. I find her very sweet ya. You know why?" To which, Jasmin had retorted by saying that she doesn't like her and so he shouldn't like her too. She had said, "I don't like her so you better don't like her too."

Before entering the Bigg Boss house as a wild card entrant, Aly Goni had talked to Pinkvilla about his equation with rumoured GF, Jasmin Bhasin and how the dynamics might or might not change between them in the house. He had said, "I am going as a contestant, as a wild card. I was supposed to enter earlier, but I had my prior commitments. I had been in talks with the makers and the channel for a long time and thought this was the right time to go inside. Jasmin had been a little low for the past few days inside, and hence, I thought I should go now. She also needs someone to support her inside, otherwise, she is playing amazing." (Also Read: Prabhu Deva Gets Married To A Physiotherapist, Dr Himani, His Brother, Raju Sundaram Shares Details) 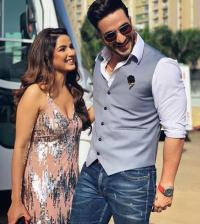 Talking about Rahul Vaidya and Disha Parmar's proposal story, it was Disha's birthday on November 10, 2020, and her boyfriend, Rahul Vaidya had asked her to marry him on national television. Addressing Disha in the Bigg Boss house and wearing a t-shirt with 'HBD Disha' and "Marry me" written over it with a lipstick, Rahul had said, "Today is a very a special day for me. There's a girl in my life and that that girl's name is Disha Parmar. God! I have never been so nervous. I don't know why it took me so much time to ask you – Will you marry me?" Rahul had then turned around, we could see 'Will you marry me' written on the back of his t-shirt with lipstick as he had added, "I will wait for the answer."

After Rahul's proposal, the rumours of Rahul and Disha's engagement before he had entered the show had started doing the rounds on social media. A Bigg Boss insider, The Khabri had tweeted, "EXCLUSIVE #DishaParmar is already engaged to #RahulVaidya Even before Rahul Entered the BiggBoss House." To this, Disha had given a savage reply and had asked the account to stop spreading fake news. She had tweeted, "Calm down! And stop spreading fake news! That's all." (Don't Miss: Sunny Leone's Husband, Daniel Weber Wonders How His Wife Is So Gorgeous, Shares Stunning Pictures)

Well, we love watching Aly Goni and Jasmin Bhasin together!