Sunny Leone and Daniel Weber are the most sought-after couple of the glamour world. On November 21, 2020, Daniel shared adorable pictures with Sunny and wondered how she is so stunning. 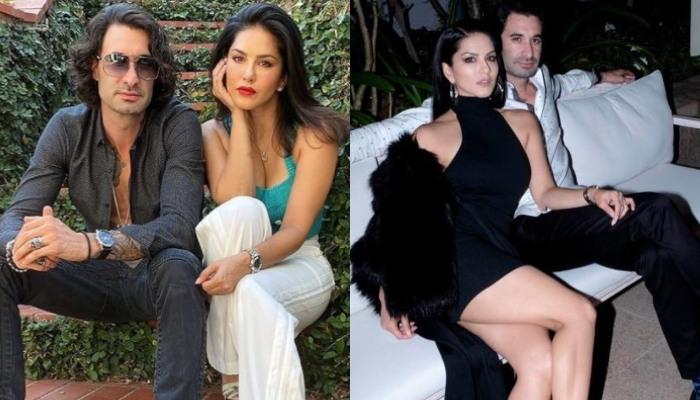 There are a very few couples in the glamour world, who have made us believe in the notion of love. And one such couple is Sunny Leone and Daniel Weber, who never skips a chance to make us drool over their camaraderie. From playing pranks at each other to raising their three kids in the most adorable manner, Sunny and Daniel are one of the most sought-after celeb couples. And their love story is not less than a Bollywood film. (Also Read: 'Breathe' Actor, Amit Sadh Reveals How His Fourth Suicide Attempt Had Changed His Life Forever)

It was love at first sight for Daniel Weber when he had met Sunny Leone for the first time in LA. He was completely besotted by her beauty and charm and wanted to win her love. On the other side, Sunny was just out of a serious relationship and was in no mood for any commitments. Daniel had approached her several times but Sunny had not paid much attention. But as they say, somethings are just meant to be. Daniel’s humbleness and honesty had won Sunny’s heart and the two had tied the knot and had begun their happily ever after journey.

Sunny Leone and Daniel Weber never skip a chance to express their love for each other and their respective social media handles are proofs of the same. On November 21, 2020, Daniel took to his IG handle and shared two stunning pictures with Sunny from one of their outings. Sunny looked gorgeous as always in her black attire with bright red lipstick and Daniel complemented her in a black t-shirt and navy-blue coloured jacket. Along with the pictures, Daniel wrote, “How is she “that” sexy!!!! Wtf!!! Seriously.”

On April 9, 2020, Sunny and Daniel had completed nine years of their 'happily ever after'. Daniel had taken to his Instagram handle and had shared an anniversary wish for his 'darling wife', Sunny. He had posted a picture with her and had promised her a romantic date once the lockdown gets over. His note could be read as "Happy anniversary to @sunnyleone! Happy to at least have a glass of wine with you tonight! Promise you a more romantic date when your not locked up with me against your will. Love you baby! I would say, thank you for dealing with me every day but you actually have no choice." (Also Read: Hardik Pandya And Natasa Stankovik's Baby Boy, Agastya's Car-Themed Room Gives Feel Of A Racetrack)

In Sunny Leone’s biopic, Karenjit Kaur, she had starred as herself and South African model, Marc Buckner had played the role of her hubby, Daniel Weber. In an interview with the Filmfare, she had recalled how and when Daniel had met her parents. Talking about the same, the doting wife had stated, “The first time Daniel met my mother was at her funeral.” Sunny went on to add, “That was the first time he met my father too. He was there at a time when there were so much chaos and distress in my life. He was like a God-sent angel. He was there to pick up those broken pieces within me.”

Sunny Leone is a hands-on mother. She and her hubby, Daniel Weber are parents to three wonderful children (Nisha Kaur Weber, Asher Singh Weber and Noah Singh Weber). In the same interview with the Filmfare, Sunny had shared, “Motherhood has completely changed me.” She had further stated, “It’s the best feeling when you see your babies smile at you first thing in the morning. We have nannies to look after them but Daniel and I are hands-on parents. We like doing everything for our children. We enjoy feeding them; changing diapers, putting them in bed." (Also Read: Bharti Singh And Haarsh Limbachiyaa Leave For NCB Office After Their House Was Raided By Officials)

Do you also have someone, who dotes on you? Let us know. 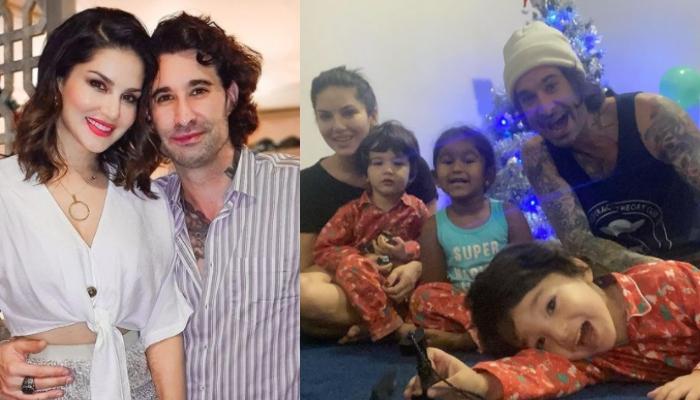 All of us have tagged the past year, 2020 as a dreadful one. But we have ignored the lessons it had taught us. From managing the household chores without househelps to lead a life without socialising, 2020 was also a learning experience for many of us. We learnt the value of