Aaradhya Bachchan had celebrated her eighth birthday on November 16, 2019. On November 20, 2019, Aishwarya Rai Bachchan shared a beautiful picture of Aaradhya from her birthday. 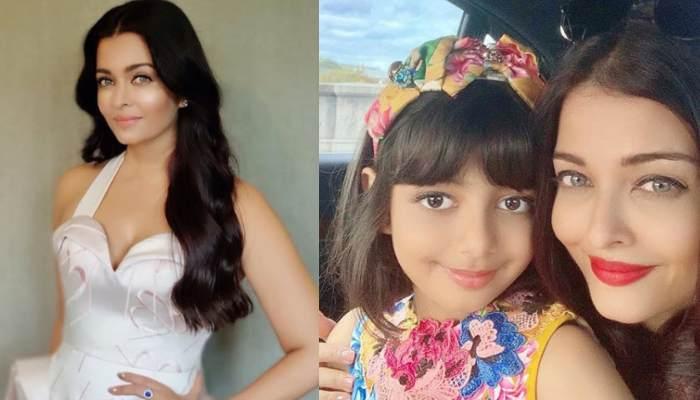 Mothers are the best gift of God. It is well said that God could not be everywhere so he created mothers. From carrying a child for nine months to nurturing him/her to become a perfect human being, a mother is the most responsible person in your life. She keeps her priorities aside to fulfil the demands of her kids and make sure to get the world for them. Such mother is Bollywood diva, Aishwarya Rai Bachchan, who dotes on her daughter, Aaradhya Bachchan. (Also Read: Isha Ambani Piramal Makes Heads Turn In A Heavily-Embroidered Lehenga Paired With A Plain Dupatta)

On November 16, 2019, Aaradhya Bachchan had celebrated her 8th birthday with her friends and family. Her grand birthday party was a star-studded event with who's who of Bollywood in attendance. She had a unicorn-themed birthday cake which she had cut with her dada ji, Amitabh Bachchcan and dadi ji, Jaya Bachchan. AbRam Khan, Yash and Roohi Johar to Riaan and Rahyl Deshmukh had joined the party of Aaradhya. Dabboo Ratnani and Natasha Poonawalla had also graced the party with their kids. Aaradhya looked like a princess while she posed with her mother.

On November 20, 2019, Aishwarya took to her Instagram handle and shared a beautiful image of her daughter from her eighth birthday. Aaradhya looked adorable in a yellow and white gown with a pink and yellow flower attached to her dress. She looked cute with that little tiara and a beautiful smile. Aishwarya also added a caption with the picture which could be read as, “MY WORLD I LOVE YOU INFINITELY.” 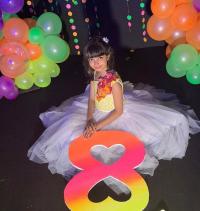 Abhishek Bachchan and Aishwarya Rai Bachchan had welcomed their little angel, Aaradhya Bachchan on November 16, 2011. Aishwarya is a doting mother to Aardhya and makes sure to attend every single event in Aardhaya’s school. Aaradhya too is a poser just like her momma and always make sure to pose for the shutterbugs with her lovely smile. Social media drools over the pictures of Aaradhya whenever she is clicked with her mother attending various events. (Also Read: Aishwarya Rai Bachchan Stuns In A Red Anarkali With Intricate Embroidery, Shares Cute Family Picture) 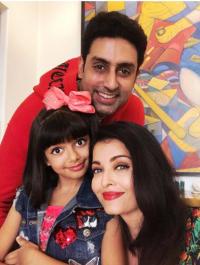 When Aaradhya was born on November 16, 2011, her elated dadaji, Amitabh Bachchan had shared on Twitter, "I am Dada to the cutest baby girl." Even the daddy couldn’t control his excitement then and had shared an update about the newbie mommy and baby on Twitter, "Thank you all for your prayers and good wishes. Both Aishwarya and the baby are doing great and taking some much-needed rest. And I’m trying my level best to get rid of this caffeeine high and get some sleep too. Don’t think it’ll work. TOO EXCITED." 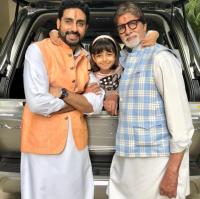 Aishwarya had admitted many times that she can’t do without her little angel and that is totally visible. Aaradhya is seen accompanying her mom almost everywhere. Speaking about the same, she had shared in a throwback interview with Firstpost, “I take her with me everywhere so she is a part of my multi-tasking life. I keep it as real for her as possible, and very normal. Now she is in school like any normal girl. But even when she was a toddler I’d take her to the play-park to be with other children. It becomes difficult in Mumbai. But when I’m travelling I take her out to the park. Even there, there are people who recognize us. But they are normal parents and children. Aaradhya has to have a normal life. I’ve explained to her that is my life and now she’s part of it. So she’s comfortable in it.” 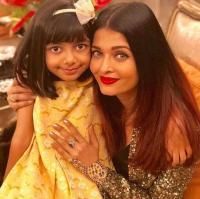 Abhishek had revealed in an interview with the Hindustan Times that Aishwarya is a very loving mother but she makes sure to keep her daughter grounded. He was then quoted as saying, “I don’t think Aaradhya understands the concept of, ‘oh, my parents and grandparents are really famous people’. We have tried to keep things as normal as possible for her. Her mother teaches her all of that. Aishwarya is very good at keeping Aaradhya grounded." (Also Read: Sushmita Sen Gets A Beautiful Birthday Surprise From Beau Rohman Shawl, Shares Videos) 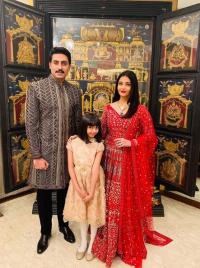 Isn't Aaradhya looking as beautiful as her mother! What do you guys think? Keep us posted.