Bollywood actress, Aishwarya Rai Bachchan is painting the world red with her outfits. After a gorgeous outing in a red ensemble, she donned yet another red outfit which made our jaw-drop. 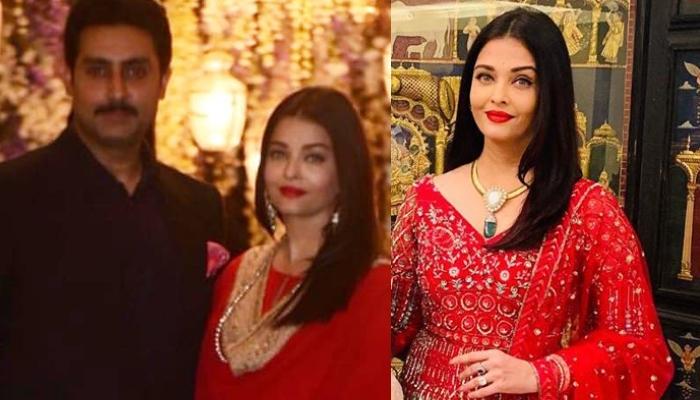 Bollywood's favourite grey-eyed girl, Aishwarya Rai Bachchan has ruled the hearts of millions of her fans across the globe. She is often been referred to as the most-loved fashion enthusiast. She had made India proud by bringing home the crown of Miss World in the year 1994 when it looked like a far-fetched dream and at that time we all knew that she is going to make a huge name for herself. Over the years, Aishwarya has earned many titles, from becoming a wife of Abhishek Bachchan to a mother of a beautiful angel, Aaradhya Bachchan, she has aced all her roles. (Recommend Read: Kalki Koechlin Talks About The Activities She Indulges In For A Natural Birth)

Before we take you further into the story, let us take a look at Aishwarya Rai Bachchan's love story with Abhishek Bachchan. The duo was the talk of the Tinseltown in the year 2007. The couple had exchanged wedding vows on April 20, 2007, in Mumbai, and in 2011, they became parents to a beautiful baby girl, whom they lovingly named, Aaradhya Bachchan. Since then Aishwarya is setting a beautiful example and making headlines with her appearances and acting stints. 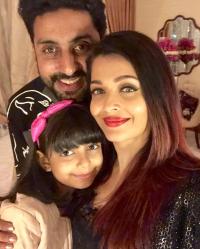 Today, on November 19, 2019, Aishwarya took to her Instagram handle and posted a family picture with husband, Abhishek and Aaradhya. In the picture, we can see the actress donning yet another red ensemble that radiated her glow. She completed her look with a statement neckpiece and subtle makeup with red lipstick. On the other hand, Abhishek looked dashing in a black and golden sherwani and Aaradhya wore a beautiful coral dress. Take a look at the picture below: 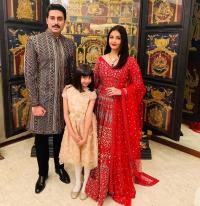 A couple of days ago, Aishwarya had donned another red Sabyasachi Mukherjee outfit for Mukesh Ambani's nephew's pre-wedding bash. Her outfit featured a red kurta with golden-embroidered border. She had completed her look with golden earrings.

Aishwarya's love for red outfits is not new! Earlier, she had worn a beautiful sharara from designer, Manish Malhotra for an event in Doha. The outfit featured a red kurta with golden embroidery all over it and had teamed it with a matching dupatta. She had accessorised her look with over-sized jhumkis. (Also Read: Smriti Khanna Pregnant With First Child 2 Years After Wedding? Fans Speculate After Cryptic Caption) 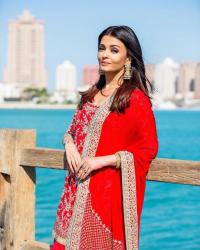 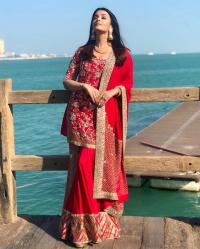 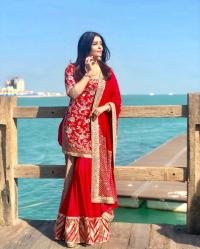 Coming back to her marriage, in an earlier interview with the Filmfare magazine, Aishwarya had opened up about her marriage and how time flew. She had said, "Oh my God, I can’t believe it. How time flies! The journey’s been like a blink of an eye. It’s great that time is flying by so quickly and we’re not feeling the years. That’s a great sign." Aishwarya had further revealed that the marriage has brought a good change in her and had said, "In life, change is the only constant. It’s good to change. But it’s not something I’ll write home about. You have to be conscious of a change of phase in your life." Aishwarya had further added, "You can’t just sail through everything and drift along. That means you’re not investing, you’re not experiencing, you’re not giving to it and taking back. You need to have that ‘exchange’ in all your relationships, be it with your parents, with your friends, your professionals, and most importantly marriage. Because it’s not just two individuals coming together. Rather it’s about two families coming together. It’s your lives that you’re sharing. There are strong influences. We’re equally aware and conscious of embracing each other’s side and today we’re one. Two people who marry and decide to spend their life together should have that kind of exchange. So I’ve chosen to lean on an exchange as opposed to change." (Don't Miss: Virat Kohli Reveals A Funny Incident From His And Anushka Sharma's Honeymoon In Finland)

Well, we love Aishwarya and her red ensembles! What about you?