Bollywood's power couple, Abhishek Bachchan and Aishwarya Rai Bachchan always manage to steal our hearts with their cutesy camaraderie. The couple is blessed with a beautiful daughter, Aaradhya Bachchan, who is the apple of their eye. Aishwarya is an extremely protective mother, who always keeps her daughter close to her heart and adores her.

On November 26, 2022, Riteish Deshmukh and Genelia Deshmukh hosted a grand party for their little munchkin, Riaan. The event was graced by many star kids, including Mira Kapoor's kids, Misha Kapoor and Zain Kapoor, and Kareena Kapoor Khan's sons, Taimur Ali Khan and Jehangir Ali Khan among others. Meanwhile, the beautiful mother-daughter duo, Aishwarya Rai and Aaradhya Bachchan, was also spotted arriving at the event. A few moments back, the paps spotted Aishwarya Rai Bachchan and her daughter, Aaradhya Bachchan leaving the party. Moreover, the host, Genelia Deshmukh escorted the mother-daughter duo and dropped them at their car. When the paps asked Aishwarya to pose with her daughter, the actress said, "Chalye, chaliye". However, when one of the paparazzi insisted and asked Aishwarya to look towards his camera, she gave a hilarious reaction. She can be heard saying:

On November 20, 2022, Aishwarya Rai Bachchan and Abhishek Bachchan hosted a grand birthday bash for their baby girl, Aaradhya Bachchan. In one of the videos, we could see Aaradhya cutting a unique birthday cake which had 'Aaradhya's Exciting 11' written on it. For the event, Aishwarya and Abhishek, along with their daughter, Aaradhya twinned in the shades of white. However, what melted our hearts was that while Aaradhya was cutting a cake, Abhishek gave a sweet peck on his princess' cheek. Well, not just this, he also kissed his darling wifey, Aishwarya, and it was a wholesome moment.

Check out the video here! 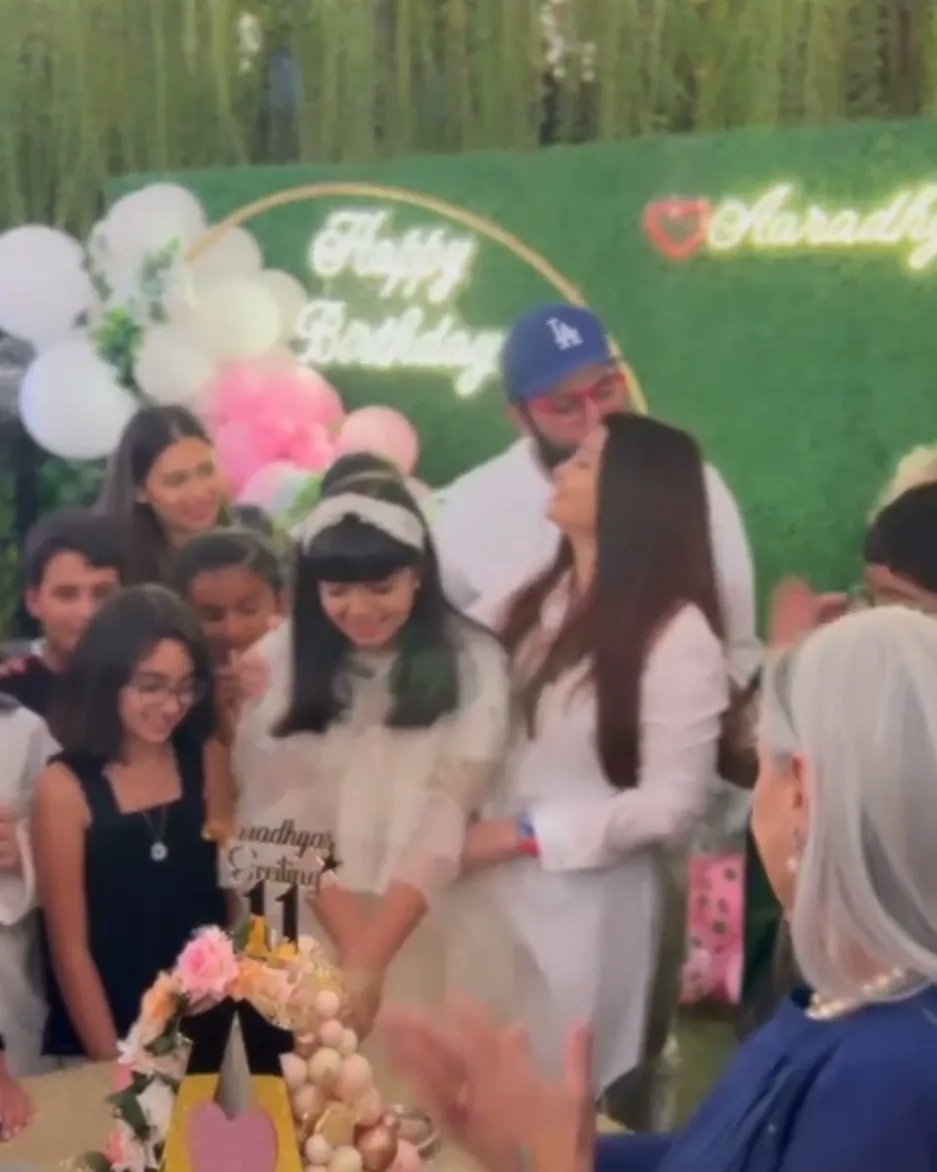 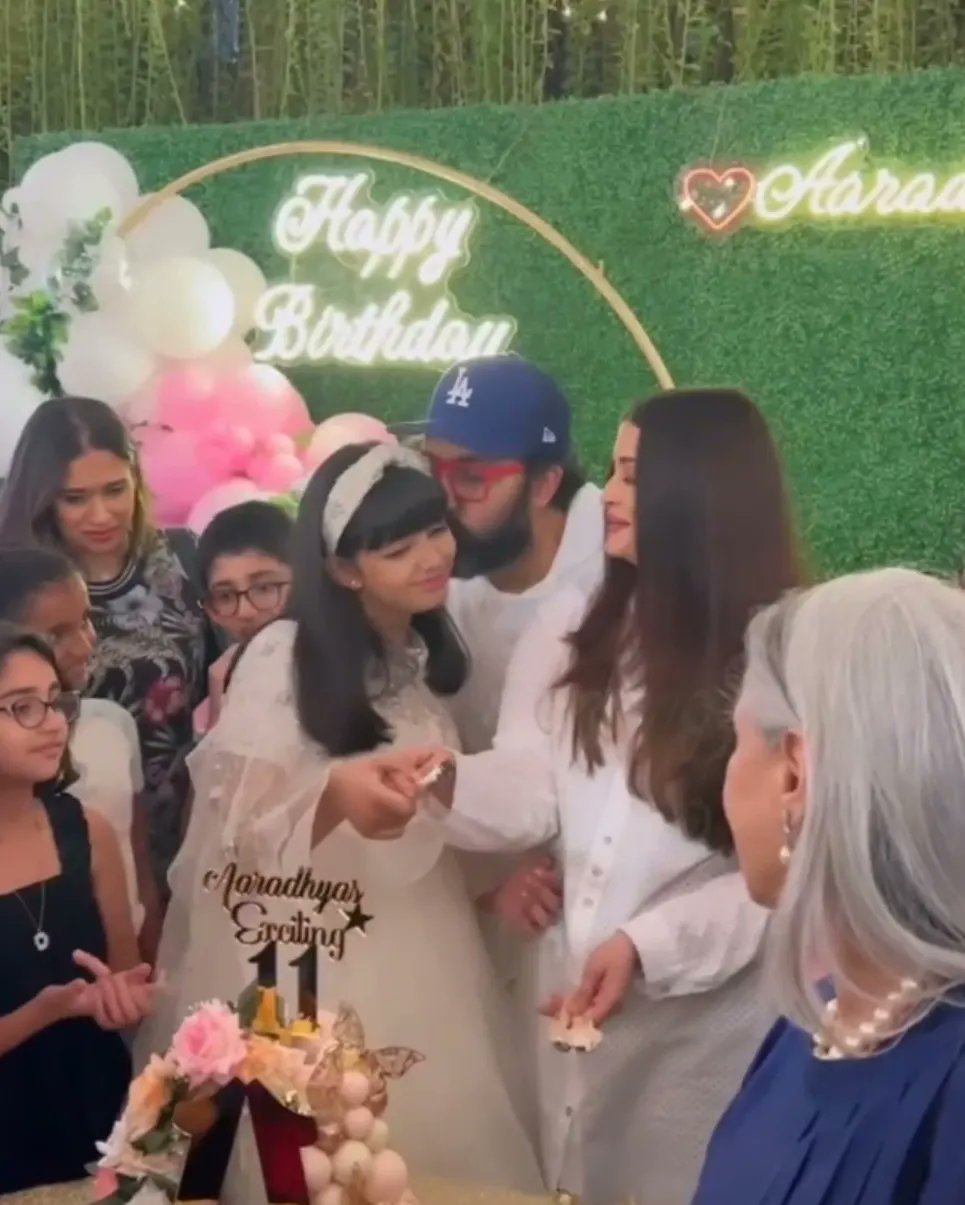 Earlier, in an interview with DNA, Aishwarya Rai Bachchan had opened up about her bond with her dearest daughter, Aaradhya Bachchan and revealed that she can not live without her. Mentioning that she loves to spend time with her princess, Aishwarya shared that she would continue to be protective of her baby girl. The Jodhaa Akbar actress had said:

"I can see a mini-me in Aaradhya. I go every day with her to school to drop and pick her up. I do it because I like to do it. I enjoy the time that we spend together. I'm blissed out and that's the contentment that everyone gets to see. I'm glad about the choices I've made with regards to her. I'll continue being protective, but I'll still keep on trying to make everything normal." 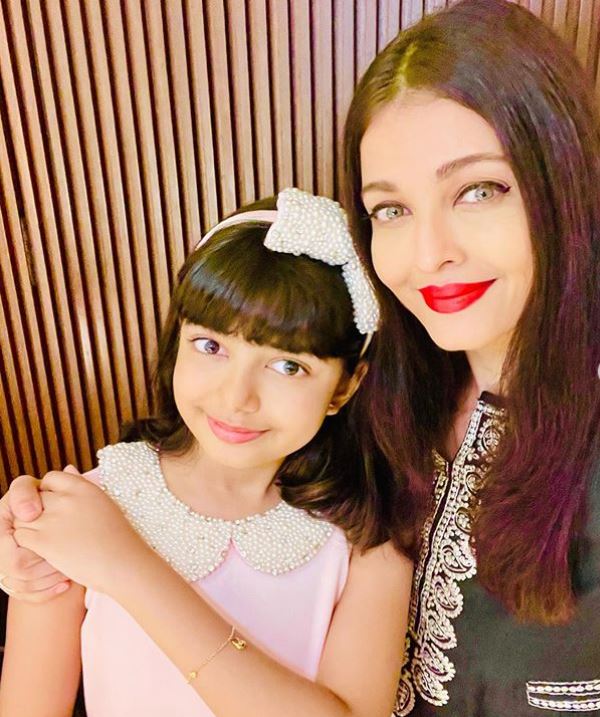 What are your views about Aishwarya Rai's hilarious reaction to the paps? Let us know.

Next Read: Inside Hansika Motwani's Bachelorrette Party: Sight-Seeing, Drunk Dancing And Chilling By The Pool