Rock On!! actor, Arjun Rampal recently ended his 20-year-long marriage with producer and model, Mehr Jessia. The news came as a shock to everyone but the couple released a joint statement and said that the decision is mutual. (Also Read: Arjun Rampal And Mehr Jesia Rampal End Their 20 Years Of Marriage, Release A Joint Statement)

Just within a few days, rumour mills were abuzz with the news of Arjun Rampal dating a model-actress-Serbian dancer, Natasa Stankovic. A source spilt to the DNA, “Arjun and Natasa got acquainted while working on Daddy and they have apparently kept in touch with each other”.

Arjun Rampal Finds Love In This Actress-Model, Post-Divorce With Mehr, Holidays Together In France 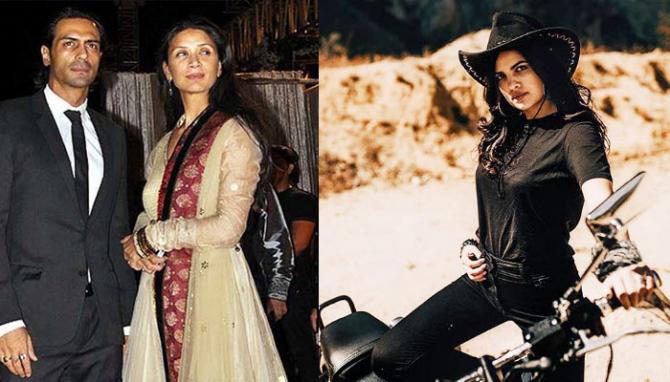 Amid the two surprises above, there is a silver lining though. And that comes from Arjun himself. He took to Twitter and reacted to the news of his link-up with Natasa in the most humourous way. He shared his own pic and wittily wrote, “Some mornings start with freshly brewed coffee, others with freshly stirred link ups!  Right now it’s just my cuppa and me.....”. Take a look: 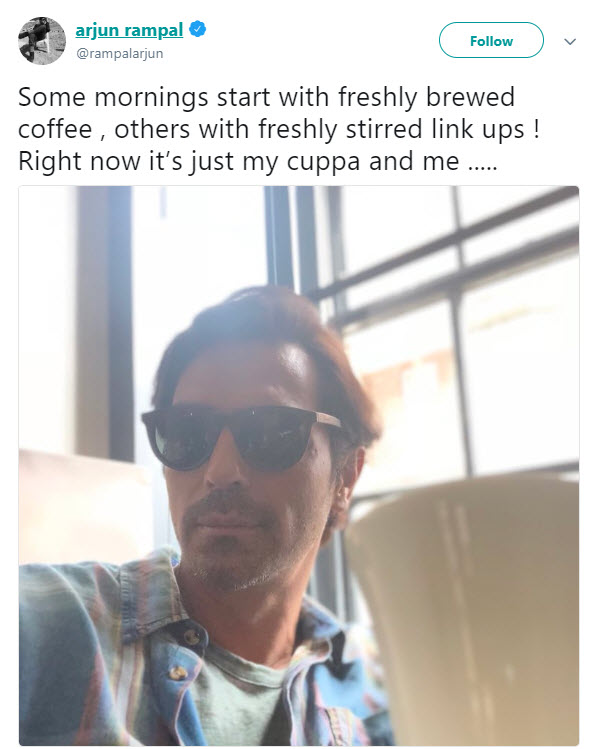 Well, this tweet is the best thing that we saw on the internet today, and it’s definitely going to lighten up our mood amid the mid-week blues. So, could this mean that there goes ‘another-link-up-post-divorce-Bollywood-story’? Surely, Arjun’s tweet is going to ignite the rumour mills again. For those of you who are wondering who Natasa Stankovic is, let us tell you that she is the same model who had appeared on the song Dance Dance in Arjun’s production Daddy. Her first Bollywood appearance was in Prakash Jha’s Satyagraha. If you are still unable to recollect, you might want to tune in to Badshah’s DJ Wale Babu song. She was last seen in Fukrey Returns dance number, Mehbooba. One of the many reasons, reportedly, behind Arjun Rampal and Mehr Jessia’s splitsville is Hrithik Roshan’s ex-wife, Sussanne Khan. As per reports, Arjun’s growing closeness with Sussanne made Mehr insecure and that led to their divorce. A source had earlier revealed, “When his equations with many industry friends were worsening, his friendship with Sussanne only strengthened over time and Mehr grew extremely insecure. It led to several fights between the couple.” The source further added, “Mehr and Sussanne yelled at one another before Mehr stormed out of the party. The two have not spoken to each other since”. (Also Read: Arjun Rampal And Sussanne Khan's Secret Meetings And Close Friendship Broke His Marriage With Mehr) Media reports also suggest that Mehr once found out that Arjun often secretly meets with Sussanne. The report suggested, “Mehr had learnt that Arjun and Sussanne were still meeting secretly and were close friends. She was traumatised as she had believed Arjun when he said he was a changed man and that everything would be fine”.

All of these led to terrible fights at home. A report suggested, “They were fighting so loudly and throwing things at each other that the neighbours threatened to complain to the police as it wasn’t the first fight of its kind. Mehr apologised profusely to them and immediately after that, Arjun moved into a five-star service apartment for a week”. 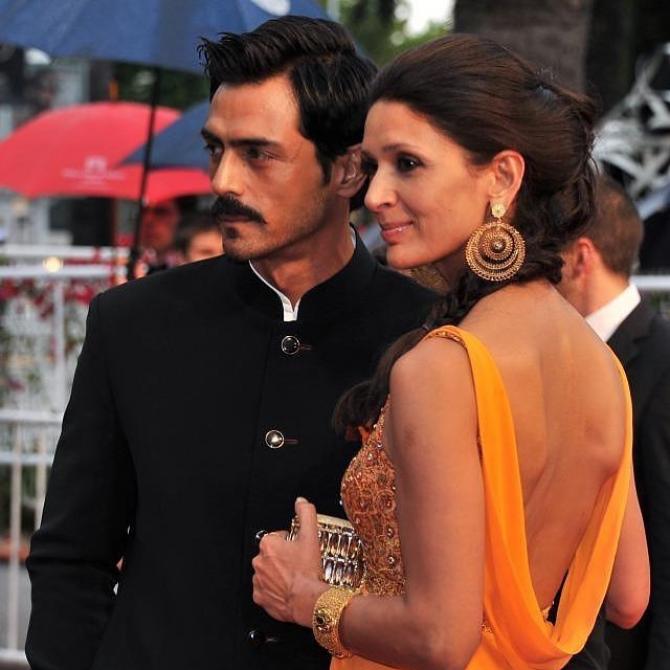 Releasing a joint statement announcing their divorce, Arjun and Mehr earlier said, “After a 20-year-long beautiful journey filled with love and beautiful memories, we would like to share, that all journeys have different paths. We feel that it is time for us to move on to different destinations henceforth”. (Take A Look: Arjun Rampal-Mehr Jesia Talked About Their Relationship For 1st Time In Throwback Interview [Video]) 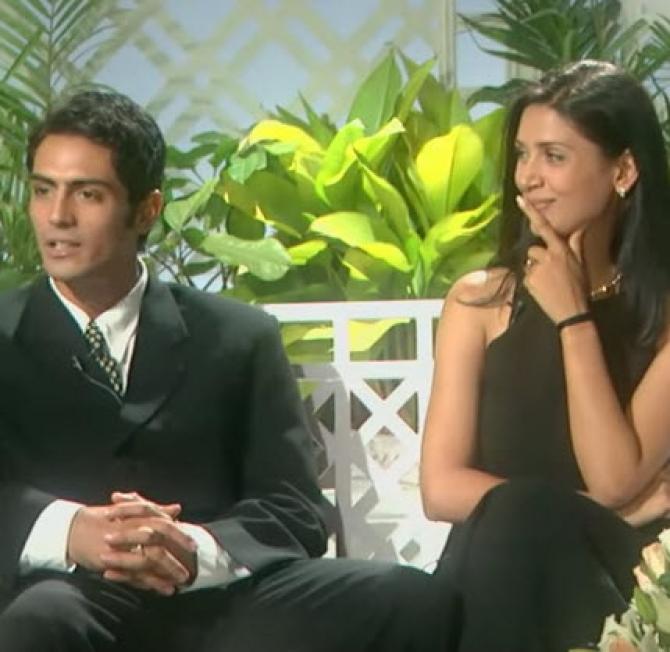 The statement further read, “We have always been solid when it has come to us, we will continue to be solid for each other and our loved ones, as we embark upon a new journey...Both of us being extremely private people feel strange to be making this statement, but such are the circumstances of our lives. Where the truth can get distorted and lost. We are a family, our love for each other is forever intact and we shall always be there for one another and most importantly, for our children Mahikaa and Myra. We would, therefore, appreciate our privacy through this time. Thank all for their support. Relationships can end, but love lives on. We won’t be commenting on this any further”.

Well, now that Arjun Rampal is single, his link-ups would surely act as fodder for the rumour mills. Whether, at all, something is brewing between Arjun and Natasa, only time can tell.

Next Read: After Having 2 Children, Govinda Got Married Again With 'Band Baaja And Baraat' At The Age Of 51