Arjun Rampal is dating a South African supermodel and actress, Gabriella Demetriades. Scroll down as she bonds with his elder daughter, Mahikaa over their lunch date.

There is no denying the fact that when parents part ways, their kids are the ones who are affected the most. Which kid can witness his/her mother and father’s relationship going kaput? It’s hard! Nonetheless, famous B-town hottie, Arjun Rampal and his estranged wife, Mehr Jessia’s kids, Mahikaa Rampal and Myra Rampal are mature kids, who have always kept their parent’s happiness as their priority. So much so, that when they got to know about Arjun’s relationship with a South African supermodel and actress, Gabriella Demetriades, they accepted it with open arms, and have also been loving their half-brother, Arik Rampal as their own brother. (Also Read: Mira Rajput Kapoor Finally Opens Up On 14-Year Age Difference With Husband, Shahid Kapoor)

Yesterday, on September 11, 2019, Arjun Rampal’s elder daughter, Mahikaa was seen spending time and bonding with him and his girlfriend, Gabriella, over their lunch date. Arjun can be seen in his casual avatar sporting grey denims with a plain white t-shirt. Mahikaa, on the other hand, was wearing a stripped dress, which she teamed up with a pair of white shoes. Newbie mommy, Gabriella was wearing a check shirt, white trousers and a black longline shrug along with a pair of white shoes. Checkout:

Sometime back, in an interview with the Mumbai Mirror, Arjun Rampal had said that his daughters have happily accepted Gabriella and was quoted as saying, "I must add that it was of prime importance that my daughters should accept her as a part of the family. I am blessed that they have, no questions asked." And that’s quite true for Arjun’s daughter had even gone to the hospital with him to pay a visit to Gabriella when she was about to deliver Arik. (Checkout: Shashank Vyas Talks About His Wedding Plans And Qualities He Wants In His Better-Half) 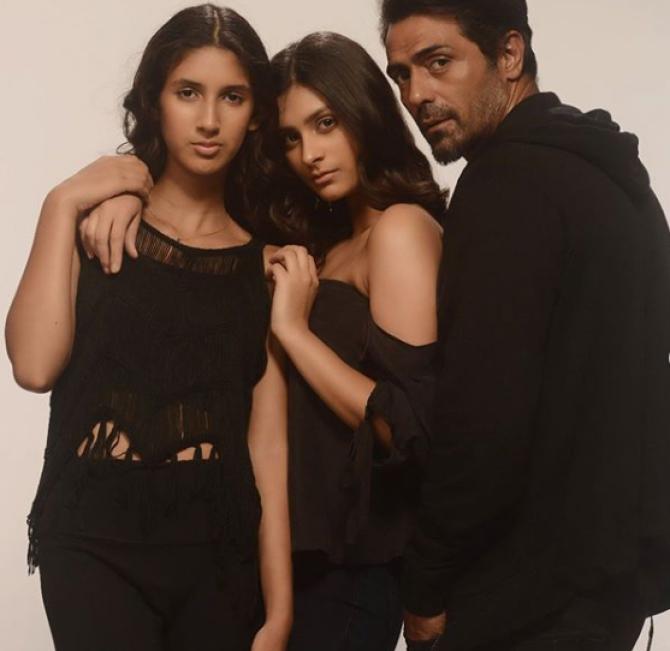 A few days back, during Ganesh Chaturthi, a SpotboyE report had suggested that Arjun and Gabriella along with their son, Arik had visited his ex-wife, Mehr’s house for Ganpati puja. Yes, that’s what you read! Moreover, the report had also quoted a source, who has revealed that post offering her prayers to Bappa, Gabriella made an exit with her son. Nonetheless, Arjun had stayed back for lunch to spend some time with Mehr, Mahikaa and Myra. The source has also shared with the portal, “Things are easing out a bit between Mehr and Gabriella. And a lot of credit for this goes to Arjun and Mehr's daughter, Mahika Rampal." 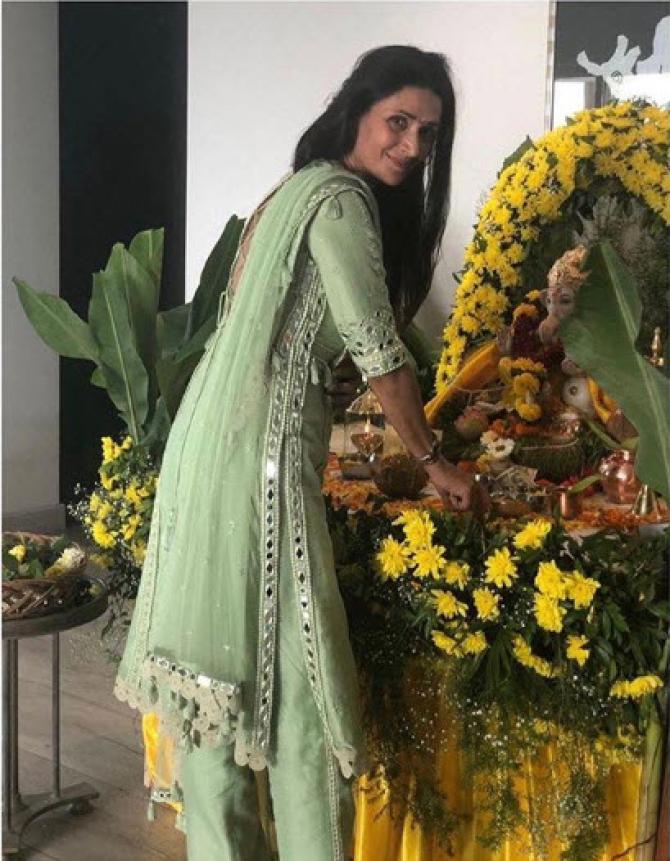 Putting a full stop to all the speculations, Arjun made it official with Gabriella on his official Instagram handle along with announcing her pregnancy news. Sharing the below picture, he had captioned it, “Blessed to have you and start all over again. Thank you, baby, for this baby.” On the other hand, Gabrielle had worded it as, "Grateful for you two can’t wait to meet you." When her pregnancy news had come into the limelight, a source had informed a leading portal, “The couple did their best to keep the pregnancy under wraps for the last six months. It turns out that several of their friends were kept in the dark too, including Mehr Jesia, Rampal’s wife of 20 years and mum to their two daughters, Mahikaa, 17, and Myra, 13.” (Do Read: Sree Santh And His Wife, Bhuvneshwari Celebrate Onam With Kids, Cute Family Pictures Inside)

The source had further added, “Mehr has in fact taken the news rather sportingly. Her friends say that even though they haven’t filed for divorce yet, Mehr has come to terms with the fact that Rampal has moved on personally.” On the other hand, a friend close to Mehr had shared with the same tabloid, “They are still working out the financial terms of the separation. Mehr is a wonderful mother and wants to do what works best for her children.” Nonetheless, it feels so good when kids and estranged couples let bygones be bygones. Arjun, Mehr, Mahikaa, Myra and Gabriella are setting examples!