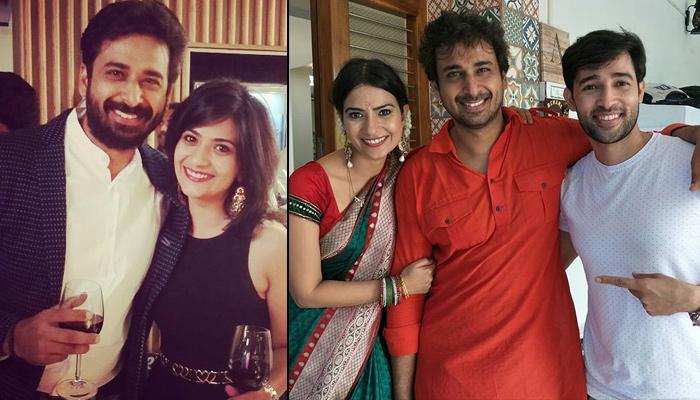 Buying your own house and decorating it the way you want is every person’s dream. And nothing’s better if you fulfil your long cherished dream of buying your own house with your life partner, isn’t it folks? This is exactly what happened with Silsila Badalte Rishton Ka fame, Aditi Sharma and her hubby, Gangaa fame, Sarwar Ahuja. (Recommended Read: Dated For 10 And Married For 3 Years, Sarwar Ahuja And Aditi Sharma Are Just Perfect For Each Other)

The couple recently bought a beautiful house at a great Mumbai location and hosted a housewarming bash for their friends from the industry. Aditi and Sarwar’s close friend and Kaala Teeka fame, Karan Sharma posted beautiful pictures from the party with an even beautiful caption. He wrote, “Pix from housewarming party of big bro @sarwarahuja n @aditidevsharma ....its really a huge house and in a very beautiful location... congratulations n best wishes to both of you for new ROW HOUSE in Mumbai #blessings #friends #family #love #peace #house #world #universe”. Checkout the pictures posted by Karan here:

Aditi’s co-star from her recent stint, Silsila Badalte Rishton Ka, Drashti Dhami was also invited to the party, along with her real and reel life hubby, Neeraj Khemka and Abhinav Shukla, respectively. The stars seemed to have a gala time at the bash as Drashti took to Instagram and posted a story, congratulating the couple on their latest purchase. Here’s the fun picture that she had posted.

Aditi and Sarwar have been married since 2014 and have been tight lipped about their marital status. In an interview with a leading daily, the gorgeous couple threw light on their marriage, reason for keeping their wedding a secret and starting their own family soon. (Also Read: 'Balika Vadhu' Fame, Toral Rasputra Ends Her Marriage of 5 Years, Gets Legally Divorced)

When asked about their relationship and marriage, Aditi shared, “Sarwar and I dated for seven years before we decided to get married. Both of us have never hidden our relationship status, it is just that whenever I was asked in interviews about my relationship status, I always confirmed that I am committed but never took any names. Though everyone knew who was the man in my life, I never felt comfortable talking about my personal life. Regarding our wedding, it was a very small affair with just our close friends and family members. In fact, I requested everyone who was a part of our wedding to not post anything online. To me, our wedding had to be a very private affair."

Sarwar, too revealed why they did not disclose the news of their marriage. He stated, “It was during the reality show and the making of the movie that we realised that our thought process was same. Plus, we both are genuinely very simple people. So isi tarah se woh dosti dating mein badal gayi. As far as hiding our marriage is concerned, what I can recall is that Aditi’s movie was slated for release and the producer didn’t want her to talk about marriage. We didn’t want to disclose our marriage for professional reasons."

When asked about when the couple would like to embrace parenthood, Aditi said, “We are in such a profession that if we plan a family, I will have to take a break. So, abhi ke liye I have a few projects with me. But yes, I am definitely looking forward to having my own kids." While Sarwar replied, “I immediately connect with kids. I would like to have a kid in a year and a half. Let’s see. We still have to talk on that (laughs)." (Don't Miss! Mahesh Bhatt Opens Up About Daughter Alia And Ranbir's Rumoured Affair, Says 'He Has A Unique Charm')

Aditi and Sarwar have the cutest love story ever! The duo met on the sets of reality show, Zee Cinestar Ki Khoj in 2004 and instantly fell in love with each. On the work front, Aditi has been a part of major projects like Ladies vs Ricky Bahl, Shahid Kapoor starrer-Mausam. The actress is currently seen in Colors TV superhit show, Silsila Badalte Rishton Ka. Sarwar, too, has been a part of major films like Khanna & Iyer (2007), Patiala Dreamz (2014). He was last seen in Star India’s SuperCops vs Supervillains.

Aditi and Sarwar, tonnes of congratulations for your new house! We would like to see more pictures of your new paradise. Mind some uploading, please? 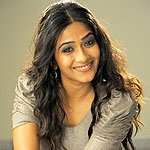